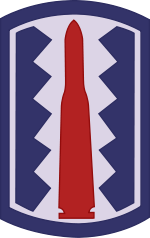 Exercising a Battalion’s Mortars on a Short String

A mechanized separate infantry brigade, as part of the Army’s post Viet Nam reorientation toward a Middle East or European/Soviet contingency, had over the last two years reorganized and reoriented on this mission from its previous mission as a hybrid formation supporting the U.S. Army Infantry School.  It had been pursuing a program to re-form as a separate U. S. Army Forces Command  (FORSCOM) infantry brigade to provide a heavy force capability to the XVIIIth Airborne Corps at Ft. Bragg, North Carolina.  This requirement was considered necessary against then possible contingencies for the corps in the Middle East.

As such, the brigade, in addition to reorganizing into a full establishment separate mechanized infantry brigade, had been pursuing an aggressive initial force training and validation against the new mission.  It had also been accepting necessary equipment to complete reorganization.

Two battalions were yet to complete transition to mounted format.  The brigade’s third maneuver battalion, a second infantry battalion, remained a modified table of organization and equipment foot infantry battalion.  Any enhancement to its operational and tactical mobility required additional truck or aviation assets.

At the time, the brigade’s additional issues of armored personnel carriers and other armored vehicles had been delayed due to priorities to replace Israeli Army losses from the then recent Middle East War.  As well, the brigade’s artillery battalion still retained towed 105mm and 155mm artillery batteries.  These batteries would be upgraded to M109 self-propelled 155mm howitzers.

The brigade’s reorganization initiative was part of an interim force structure plan to a fully organized mechanized infantry division that would be formed at an installation to the east on the Georgia Coast…Ft. Stewart.  The separate brigade would ultimately become one of the planned division’s three maneuver brigades, the brigade remaining at Kelley Hill Barracks at its current base, Ft. Benning, Georgia after the division’s organization.  The designation for the planned division would be the 24th Mechanized Infantry Division.

Now some two years into the mission change, the brigade had completed Forces Command and XVIIIth Airborne Corps initial validation around an intense mission training, Army National Guard support, joint exercise and U. S. Army Infantry Board and Army new equipment testing operations schedule.  At this point the brigade’s units were working through their preparation for the Army’s newly introduced annual Army Training Evaluation Program (ARTEP).

The focus of the ARTEP was at this stage oriented on a multi-week battalion deployed tactical format.  When augmented with the annual Inspector general (IG) inspection of a week’s duration at another point in the fiscal year, a comprehensive battalion mission capability evaluation system resulted.  The system oriented on mission competence of all elements of the battalion team up to the collective battalion.

The ARTEP’s were administered by the command level two levels above the evaluated formation level.  In the case of the brigade, Forces Command at Ft. McPherson, Georgia in Atlanta would be responsible for the administration of the ARTEP.  The latter was on the upcoming calendar for the mechanized battalion currently organized.

Another feature of the ARTEP at the time was that in the initial concept, the battalion would administer ARTEPs to its squads and platoons.  The mechanized battalion had received or obtained from the proponent office for the ARTEP at the Infantry School all available materials that had been developed.  These included tables providing comprehensive evaluation objectives based on key mission tasks for each sub element of the battalion up to the collective battalion.

This situation was later made more complex when the brigade was identified after the program began to deploy to a two plus week Joint Exercise at Eglin Air Force Base, Florida several hundred miles to the south necessitating a complex deployment of the battalion’s armored vehicles using contracted flatbed trucks that cycled through the battalion’s loading dock in increments.

The S-3 Air was confronted by several challenges in the development and execution of a small unit ARTEP operation within the battalion.  They were the fitting of the scheduling of the 27 rifle squads, 2 scout squads, nine rifle platoons, the scout platoon, the four mortar platoons and the anti-tank platoon into the available window of time, and developing a cadre of evaluators, a force on force capability, range and maneuver box access, and an evaluative, lessons learned administrative process.  As the S-3 Air studied the factors affecting the task, as daunting as each task was, the controlling constraint was clearly available time.

Study of the problem increasingly pointed to an approach that simultaneously evaluated multiple elements.  This approach had the potential benefit of using a battle scenario force on force concept that would allow exercise of the element’s next tactical level affording greater training value to the effort and an ability to conduct the evaluations in a much tighter time frame.  Not only was available time critical but access to and use of available necessary maneuver terrain and gunnery range support was equally challenging, access to which was highly competitive with the Infantry School and other Active Army and Reserve Component units on the large installation.

In the case of the battalion’s mortars, a format was developed where all four mortar platoons would be alerted and deployed as if the battalion were deploying in a battle scenario placing all four platoons in a configuration from cantonment to deployment into initial firing positions and subsequent displacements that replicated the entire battalion tactical footprint.  The approach allowed simultaneous use of a consolidated time period for all four units as well as contracting the range scheduling requirement over a shorter space of time.

A challenge was to organize a competent group of evaluators able to operate with all four units simultaneously.  Thought had been given to appealing to sister battalions for candidates for the teams but battalion commander guidance was to stay within the battalion’s assets.  The battalion was over strength at the time at over 900 personnel.  Fortunately, sufficient officers and NCOs, exclusive of those assigned to the mortar platoons, were assigned to the battalion with mortar platoon experience sufficient to be able to constitute the evaluator group.

After much hard work to construct the scenarios, develop the administrative procedures to run the ARTEP, coordinate the ranges and ammunition and other logistic support, preparations completed.  The platoons were alerted and deployed. 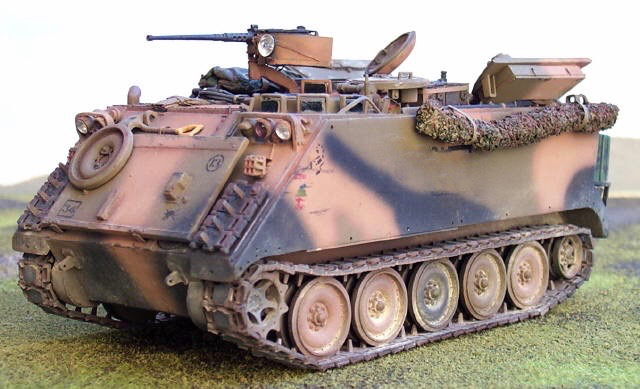 A grueling weeklong ARTEP followed for the four mortar platoons.  It was fast paced and demanding.  Interestingly at one point, 81mm rounds fired with proper charges set began to fall dramatically short and some over.  A check fire was ordered and all systems were rechecked—it was discovered that the particular lot of training ammunition being used for the fire mission was particularly aged.  The mimeo sheet pasted inside the wooden two round shipping box had a signature block with George C. Marshall’s signature affixed—the munitions were some 23 years on the shelf explaining some of the erratic behavior.  Accommodation for the questionable munitions was made and the ARTEP continued. 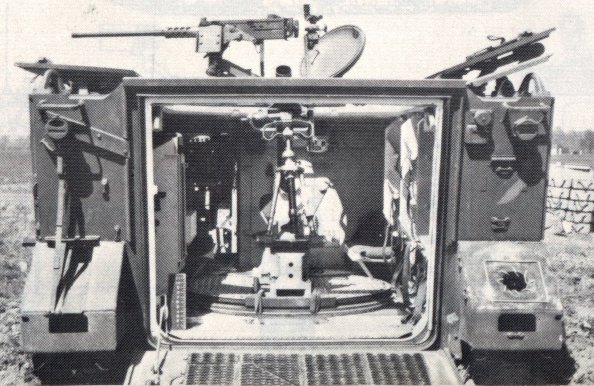 The battalion’s mortar platoon ARTEPS came to a very successful conclusion.  All platoons performed well and gained many critical lessons learned that they subsequently went to work on.  Their later strong performance during the battalion’s ARTEP and later company IGs underscored the value of the battalion’s squad/platoon ARTEP program that had been developed.

In this case, leadership was confronted with a near perfect storm of factors that threatened to compromise the ability of the battalion to pursue an effective preparatory ARTEP Program.  Through innovation, out of the box approaches, senior level support and decisiveness, and the investment in team building, using all personnel capabilities to best effect, a program was put in place and executed. The battalion greatly enhanced its operational readiness and the confidence in mission capability of its troops, individually and collectively.

Most critically, leaders at every level were given the latitude and freedom to act as leaders.  The resulting synergy greatly enhanced task accomplishment capability in regard to what at first seemed an impossible bridge too far.  The most noteworthy aspect of that bridge too far was the greatly constrained timeframe available to do the work…yet the leaders at every level, allowed to lead against a well thought out plan, made it happen.