The Globe and Mail featured print and online versions of the RMCC’s Expedition Club’s 2011/12 Kilimanjaro Expedition this past week.

The following journal entries are apart of a series which will offer day-to-day accounts of the RMCC Expedition Club’s recent 2011/12 Kilimanjaro Expedition to East Africa. Click here to read the full expedition article. 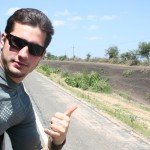 OCdt Eric Robb, the Deputy Expedition Leader, and I wake up early on New Year’s Eve in our room at the Heron Court Hotel in Nairobi, Kenya. The night was filled of tossing and turning as mosquitos busily flew around our heads. All I could think about was what the doctor told me about the symptoms of malaria and which one of us left the window open. We woke up 0700 sharp in order to eat breakfast and to pack all of our gear for our 0800 timing. Today we were travelling to Tanzania, a neighboring country to Kenya where we would catch the first glimpses of Mount Kilimanjaro.

We load our kit onto the minibus then check out of the hotel. Before we leave, I run back up to our room to grab a book I had left on the table. When I returned to the room, I could see that the cleaner had already found the Kenyan shillings we had left as tip. To my surprise, I had also found that the cleaner had found something else; a three day old sandwich I had thrown in the trash. I was stunned. I have never had a personal experience where I’ve seen this level of starvation and the experience was eye-opening. From that day on, I vowed to never waste food again.

I return to the bus in silence to reflect on what had just happened. I talk to no one. Our bus weaves through Nairobi’s chaotic downtown traffic. No car yields for another and the only way to penetrate traffic is to hold the horn while the passengers pray. The only traffic directives drivers abide by are the massive speed bumps strategically placed everywhere. As uncomfortable as the driving is however, it is an adventure. And I love adventure. 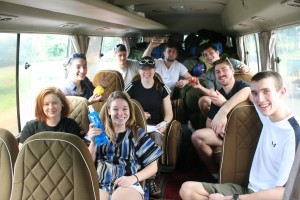 The bus departs the urban sprawl of Nairobi and the landscape quickly evolves. Sky rises make way to small mud huts and busy downtown streets transform in tradition into cattle herders dressed in traditional Masai clothing. As we approach the border, we can begin to see the silhouettes of peaks in the distance. In my head I mull over how hard the journey in front of me is going to be. I look at the rest of the group around the bus and can tell that I am not the only one thinking about it. 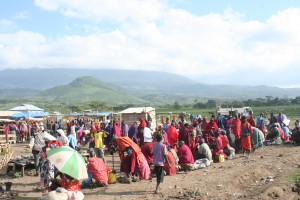 At a point in the trip the bus pulls off to the side of the road for a chance to stretch our legs. I run across the road to say hello to two local children. They are holding sticks which are used to shepherd their cattle. I ask to take a picture but they are shy and say no. Instead they ask me if I have any food. The request reminds me of what happened in the morning. I quickly run to the group and we gather a few chocolate bars, pencils, crayons, and sharpeners for the children. The young children are extremely grateful when I return and quickly devour the bars. I am taken a breath by how easy it is to help someone here. I am inspired to help. I want to make a difference.

Our bus crosses the Tanzanian border and after a couple stops to admire some traditional art and to buy some pairs of recycled tire sandals, we finally arrive at our destination: Marangu Hotel. This will be our base camp for the next week as we climb. The group enjoys a dinner prepared by the hotel and we usher in the New Year with local music and shooting stars. Everyone is eager to go to bed early because tomorrow morning we begin our ascent up Mount Kilimanjaro, the Roof of Africa. 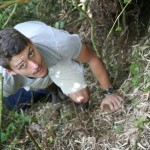 The first day of the New Year began with an early rise at Marangu Hotel as the crew was anxious to begin the trek. At breakfast there was nothing but talk of the adventure that was so close at hand and spirits were high. The crew was then greeted by Seamus Brice-Bennett, one of the co-owners of the hotel. Seamus proceeded with his general briefing for the trek. He discussed the Umbwe Route — the most treacherous — and the camps that the crew would be stopping at along the way. He stressed the dangers of altitude sickness and offered valuable advice on how to combat it effectively. The end of the briefing left everyone feeling focused and ready to go.

With kit already packed the night before, the crew then proceeded to head outside to meet the five guides and their three porters and to transport our kit to the large bus that would take us to the beginning of the route. Our chief guide was named Charles and we quickly understood that he was one of, if not the most, respected of all the guides operating out of Marangu Hotel. Personally, he has climbed the mountain over one hundred times, and has explored nearly every part of the mountain. As we walked by  the dozens of guides, porters, and other tourists departing that day, it became apparent that our group was more unique than most. Our group was young, comprised of four females and six males, and most of all, we each had rucksacks that were nearly as big as some of the smaller members of our team. As we loaded the approximately forty kilogram rucksacks onto the top of the bus, there was much staring, chuckling, and pointing from the audience. It was clear then that we had a very big challenge ahead of us.

After a two hour bus ride, we arrived at the base of Umbwe route, and after signing into the log book, we began the march without hesitation. We departed at 1345 hrs and by the time estimate that was given by Seamus, we were expecting to arrive at our first camp at around 1930. We later learned that the timings given by both Seamus and our guides were not always the most accurate. 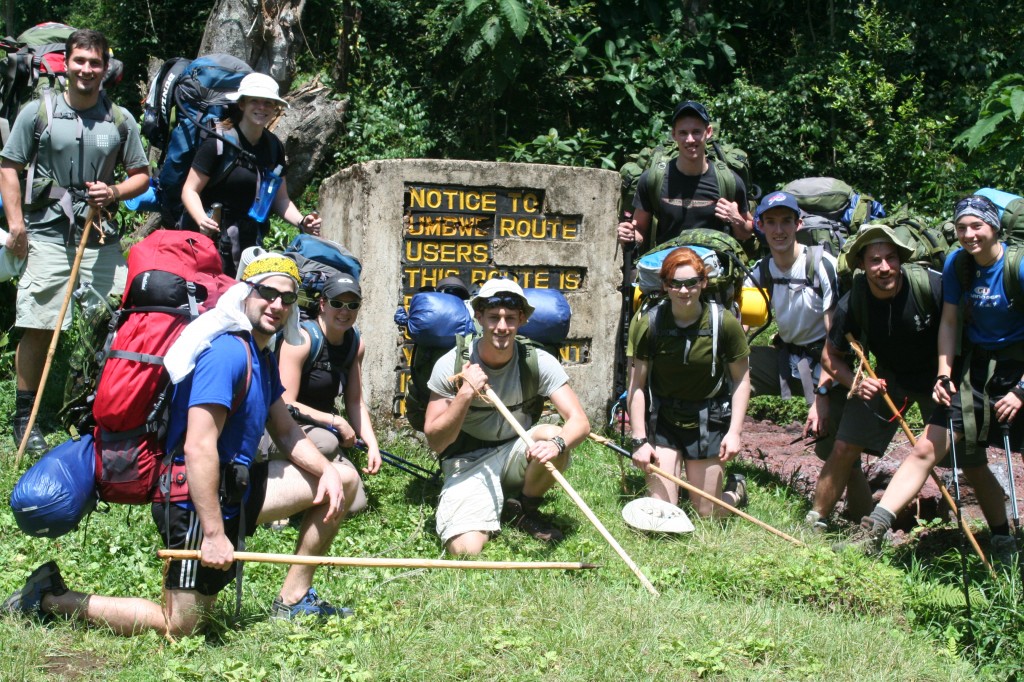 As we began the trek it was challenging to get used to the heavy rucksacks. OCdt Paquette was the first to fall victim to the heavy load as she stumbled only minutes from the start of the route and was awarded with her first battle wounds; the first of many to come for the crew. As the hike wore on, we stopped for lunch on the side of the rocky path and had our first IMP meal of the trip. For some, it was the first time eating IMPs. The lunch break turned out to be more exciting than was planned as a family of white tailed monkeys were spotted in the trees above us. Although it was nice to see our first bit of wildlife, the monkeys decided to urinate on OCdt Kisielius which slightly ruined the moment. 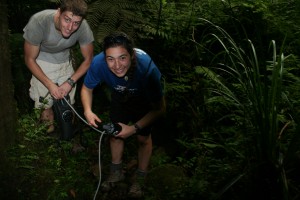 With lunch over, we pressed on until nightfall while singing songs, telling stories, and observing the amazing canopy of trees overhead. With nightfall, however, came an entirely new set of challenges as we were forced to move by way of headlamps and the light of the moon. As we hiked, we passed by treacherous drops, steep slopes, and we climbed our way over slippery rocks. Our chief guide Charles kept us motivated by saying multiple times that we were very close, but Charles’ sense of very close turned out to be very different than ours.

When we finally arrived, it was 2130 hrs and we were all exhausted. A quick meal was had, the tents were set up, and within 20 minutes the crew was fast asleep. The night turned out to be not very restful however, as the monkeys had found us again and proceeded to make strange noises all throughout the night.