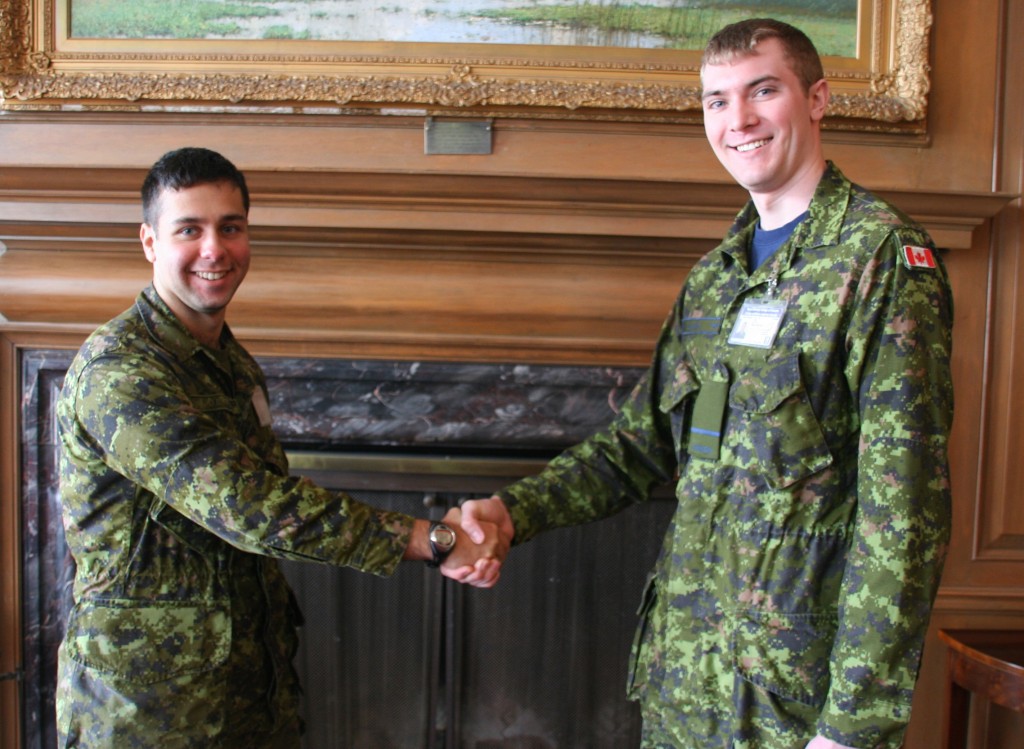 While for many at RMC the year will not end until the Colours are symbolically handed off at the end of the Sunset Ceremony, the Class of 2013 is now officially in the driver’s seat of the Cadet Wing. In the past couple of years, the Training Wing Staff has consistently worked to improve the transition between barslates. A process that once had the incoming leadership of the College learn the ropes in briefings at the end of the summer prior to taking over in September now has the leadership learning the ropes on the job in the first few weeks of May.

This process has been implemented by the Training Wing so as to enhance training competencies in order to set the stage for further improvement in the second term next year. The first phase of this process began in late March, with the selection of next semester’s barslate, and then the incoming Cadets shadowed those they were replacing prior to officially taking over on 2 May. The outgoing barslate is still expected to provide mentoring and coaching, as required, to their replacements in the days leading up to Graduation.

It is intended that, by learning the ropes of leadership now, the incoming barslate will have a solid foundation on which to begin the year when they return in September. They will be that much farther ahead, and thus have the potential go even farther over the course of the year.