From General Sir Arthur W. Currie to the Editor of the RMC Review, 22 March 1920 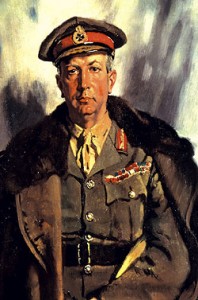 I shall welcome the appearance of the REVIEW, which will fill a want long felt. It will chronicle the doings of the day and link the past with present; it will encourage a free exchange of ideas; it should stimulate literary ambition. It will be widely read, elsewhere than at the College; it will be taken in by graduates and ex-cadets wherever they may be, and it will appeal to the general public who have displayed, since the war, an increasing interest in what goes on at Kingston.

The Canadian Corps was leavened with officers trained at the R.M.C. True to the College motto, they were faithful and fearless in the performance of their duties. Their spirit, no less than their military attainments, exercised a potent influence in fashioning a force which, in fighting efficiency, has never been excelled. One of them, an outstanding example, I will mention by name: the present Commandant of the R.M.C. of Canada, Major-General Sir Archibald Macdonell, K.C.B., C.M.G., D.S.O., who commanded and led to victory the 1st Canadian Division.

The REVIEW will keep up the traditions and ideals which the College has inherited, and will hand them on; it will record fine work accomplished by graduates and ex-cadets who, in time of peace, as in time of war, have served their country well and done credit to their College; it will tell of those who have won not only the honour of achievement but the greater honour of self-sacrifice.

Your labours, Mr. Editor, will not be light; your reward will be the thanks of all in any way connected with the R.M.C. of Canada.

I wish you every success.

e-Veritas is supported by highly professional partners – Check them out by province.