Above: Device affixed to the Masters Degrees awarded by the University of Massachusetts.

In today’s academic and work environment with its many challenges for students, practitioners and faculty, it is sometimes refreshing to reflect on past faculty who displayed aspects of the servant leader in their commitment to extend to their students a quality and leveraged academic experience, one that would enhance the student’s development as a servant leader.  The following vignette revisits such a university faculty member and leader, a exceptional practitioner that made a difference in many of his student’s lives.

Twenty graduate business school students in a highly ranked Master’s of Business Administration (MBA)  program of a large northeastern U.S. university were seated in their classroom desk chairs.  They were awaiting the arrival of the professor who would teach the course.

The students represented the surviving candidates for the MBA from their starting cohort. There had been casualties along the way.

The course they were starting was the capstone or policy course. They had worked their way through the accounting, economics, finance, marketing, quantitative analysis, and computer systems courses then required.  The policy course would determine who would complete the program to degree and with standing on time.

Five of the students were active duty military officers sent to the university to complete graduate study deemed essential to service needs or officers who had recently completed their service obligations and returned to civilian life.  Their service experience had supported well their viability and success as student in the MBA program.

The Policy professor was a critical part of the MBA program, specifically selected by the university due to his mix of academic and practical organizational leadership experience and background.  He had a very high reputation among the faculty and with the students.

The professor ‘s practical hands on background included years as a senior executive vice president with Johnson and Johnson, preceding major private companies and federal military service in the Army Air Forces during World War II as a pilot and squadron officer completing his service as a major before entering private industry.

The waiting students had become aware of the professor’s reputation while working through their required academic prerequisites but none had previously met the man and did not know what to expect.  Promptly on time, a medium height man perhaps in his late 50s or early 60s entered the classroom moving to the front of the room.

He was fit, dressed properly in trousers, open collared shirt with sport jacket…he presented well.  He had a confident but easy manner and moved as one who is accustomed to athletic activity.

The professor quickly put the students at ease and proceeded to engage in a “get to know” the class exchange where he shared pertinent information about his background as it related to the beginning course.  It wasn’t a lot but enough to establish credibility for what would follow.  More importantly to the coming course work, he engaged in a series of self-introductions of the students that shared key aspects of background and experience, creating a critical informational resource to what would follow during the course.

The professor skillfully infused the introductions with repartee that brought out more thoroughly what each student had to offer the group.  This would prove critical information as the course developed.  The professor was clearly adept at what he was about.  But throughout he had an easy confident manner that drew the student in but had enough reserve that one sensed not to abuse privilege or take any situation for granted.

The professor after the introductions completed outlined how the course would proceed.  He clearly stated his expectations.  As well, he stated that he was fully available to each student after class and by appointment during the week.  He emphasized the student duty to the teams that would form as the course proceeded.  He underscored how critical it would be to team success that each team member completed work necessary to the team’s effort on time and to the highest level of quality possible.

It must be emphasized at this point that the policy course used the Harvard case study model.  The supporting text book was essentially a selection of “sanitized” real life corporate or other organizational situations that students would be organized into corporate leadership/organizational staffs that would deal with the situation as an actual staff.

On a rotating basis for a sequence of cases, the 20 students would form five person staffs.  From situation to situation they would function as chief executive officers, chief operating officers, chief financial officers or other pertinent staff positions relative to the case.  The sequencing would cause each student to function in the various disciplines of personnel, marketing, finance, accounting, operations and others critical to the case and resolution of the situation.  Included in every case was the executive decision making function.

The staff group on assignment of their case and organization of their staff would have a period to work the case.  They would then present the case and receive critique from the other students and the professor emphasizing what appeared to be strengths of the presentation and where there were apparent weaknesses.  Usually at this point a sharing of the actual situation the case derived from and the real world result would be shared with further discussion relative to the staff groups presentation reasoning and decisions.

For the most part a staff description of the problem analysis, development of courses of action and decision on which course to take could take more than one acceptable form.  However, shoddy or not well thought out work that clearly would not take the organization to a better place would not be acceptable. Substandard work would be evaluated by the professor accordingly and graded as it deserved.

On surface the methodology of the course seemed straightforward enough. But any deeper thought quickly centered on the high level of individual effort and responsibility to team that would be necessary and the level of research and analytical work that would be needed to buttress the presentations.

As well, a very effective level of teamwork would be critical to pulling all the pieces together and fashioning credible presentations.  Leadership within the staff groups would be critical, both leader and follower.  As the professor’s sharing sank into each students mind…it dawned on everyone that this course was going to be much tougher than it first it appeared to be.

Despite that epiphany, the professor seemed to communicate in word and body language that if the student worked hard, was a true team member and committed to the course and its objective to understand how all of the disciplines came together in and organization and how the leader team effectively applied them to form decisions that worked, each student would succeed.  But he emphasized again how important the team concept would be.  That “Lone Rangers” will not pass this course was his closing admonition.

The course proceeded and true to his word the professor was available and responsive to students though the wise student was very discriminating in seeking professorial personal time and not without good reason, such as an attendance conflict with say a family situation.   But when approached, the professor was always realistically empathetic but always orienting the student on following through on the challenge being addressed.

It was clear from his handling of any situation, though he seldom referred to specifics of his experience, that he was well grounded in the aspects of an issue and had a command of reducing an issue to its essentials and from that distillation determining the most applicable courses of action.  He would lead you to a decision point in a tough problem but you made the decision, the decision was always yours.

Working through the course and ultimately finishing it in good form and meeting the criteria to graduate, I had a successful experience. As I thought through the overall experience of the MBA program it occurred to me that the professor was perhaps the most effective professor I had encountered in the program.  He was available to his students, he was not driven by any discernable ego and he knew his stuff and how to impart it without being imperious or dismissive.  He had that rare blend on campus of real credibility with the world of practice and connectivity to the best ideas in the academic setting.

More tellingly he had that aspect of service that made him even more credible.  He had done his military service and well as a young man during World War II, then made a successful career in corporate America.  He didn’t need a professorship but chose to give back by educating future business leaders.  He was giving back in a strategic way.  Ultimately, hundreds of developing leaders in industry would be positively influenced by this leader.

The MBA policy course professor was that rare leader who gives back strategically in a way that will have far reaching effect.  But the most memorable aspect of this leader was that he made his protégés in the course, the author for example, feel when he was engaging them as if they were the only other person in the room.  He had that remarkable ability and it engendered a strong desire to excel no matter what lay ahead.

This was a leader that made a deep and lasting impression.  He was an exemplar of how to act effectively as a leader who always adopted best practice. 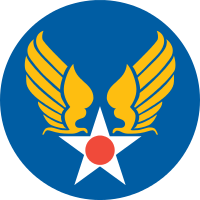