Scarlets shine in both Washington & Ottawa 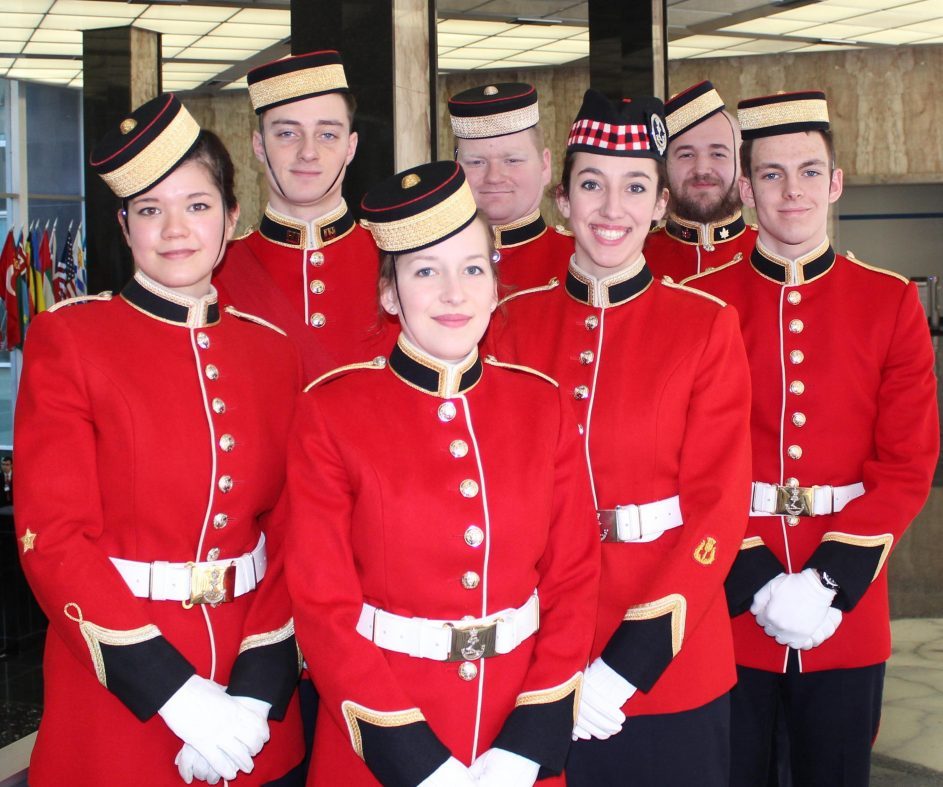 The Royal Military College International Affairs Association (RMCIAA) sent 7 officer cadets to the MNATO conference hosted by Howard University in Washington, D.C., from February 15th to February 19th. The officer cadets had the pleasure of visiting the United States Department of State to discuss American policy with a diplomat prior to representing the United States during the conference. The participation in MNATO conferences gives students at the Royal Military College of Canada an opportunity to expand their interests in international politics and foreign affairs in a competitive environment. Attending the conference permitted cadets to practice NATO parliamentary procedure, familiarize themselves with the foreign policies of many Canadian allies, tour the capital of the United States, and to represent The Royal Military College of Canada on an international level. The RMCC cadets were successful in being ranked second as a delegation at the conference. Additionally, the group won several individual awards. OCdt Scott Blair (27132), and, OCdt Anna Dillman (27279), received Outstanding Delegate awards. NCdt James Craigie (26743), and OCdt Hannah Hollander (28098), received Distinguished Delegate awards. OCdt Milo Beattie (26958), received a Superior Delegate Award., OCdt Danielle Fielding (27476), and OCdt Kyle Canning (28220) were recognized for their participation. All of the Officer Cadets were honoured to represent The Royal Military College of Canada and send a great thanks to their academic advisor Dr. Pierre Lepine, and to the Foundation for its ongoing support of the RMCIAA’s endeavors.

Four officer cadets [OCdt James Craigie (26743), OCdt Milo Beattie (26958), OCdt Caleb Ho (26922), & OCdt Hannah Hollander (28098)] participated in the MNATO conference hosted by Carleton University from February 23rd to February 25th. The  opening and closing ceremonies took place in the Canadian War Museum in Ottawa while the conference itself took place in the committee and caucus rooms within the parliament building, giving RMCC cadets an opportunity to work in the same places as Canadian politicians, and diplomats. The Officer Cadets enjoyed the opportunity work alongside students from across the country and to represent The Royal Military College of Canada. OCdt Hannah Hollander (28098) received a honourable mention for her committee. The Royal Military College International Affairs Association (RMCIAA) thanks the Foundation for its continued support in providing Officer Cadets with the opportunity to expand the learning and leadership capabilities outside of the college.