Feature photo caption: A special thank you to the RMC Foundation. “We were all very proud to show off our patches at the departure ceremony and that wouldn’t have happened without the generous support of the Foundation.” 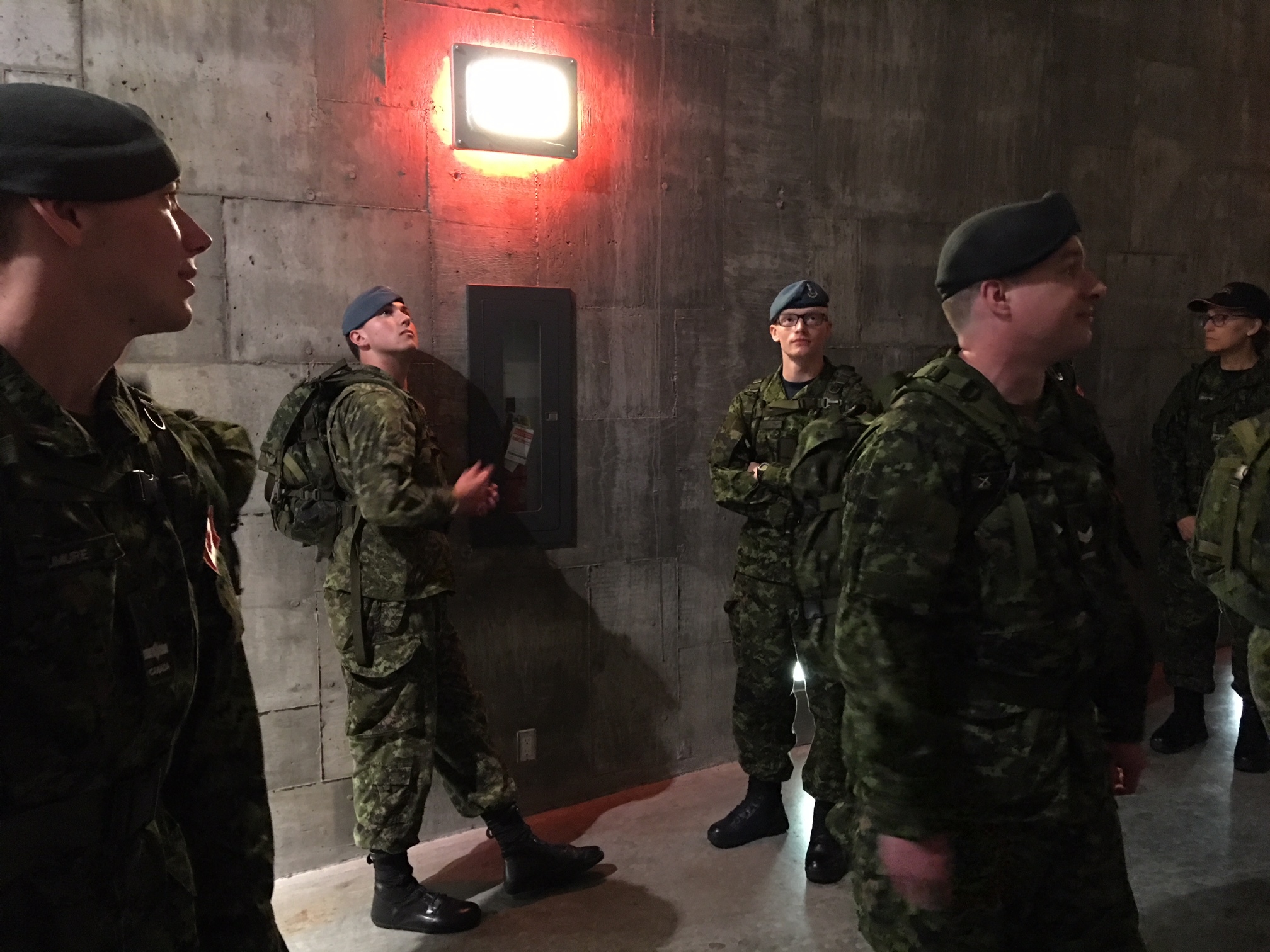 Article by: WO Charles Ansell

This is it! Finally! We departed Canada last Thusday (13 July). It’s been a long go, as was mentioned in last week’s article. The big event prior to daparture was the Nijmegen Departure Ceremony at the Canadian War Museum in Ottawa, with Commodore Haydn Edmundson (Chief of Staff for Military Personnel Command) as the reviewing Officer.

There were only five Teams at the Ceremony, but it was nice to meet some of the marchers and trade stories. 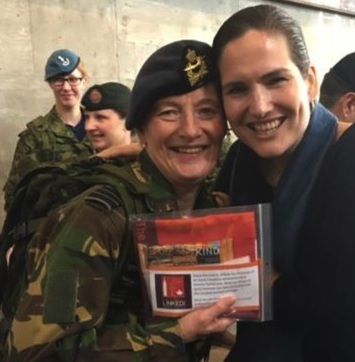 One story of interest is of the Dutch Defence Attaché, Lieutenant Colonel Christa Oppers-Beumer (photo left). This year, she is joining the Canadian VIP Team to complete the march.

Part of her training, when she first joined the Dutch Military, was to complete the four day, 160km march. Now, as she reaches the end of her career, the Lieutenant Colonel will complete the march for the last time as a military member. She said she was very fortunate to end her career the same way she started it.

We are excited and ready to go! This is the 101st anniversary of the march and the 65th year Canadians have taken part. Add Canada’s 150th birthday celebrations to the mix and you’ve got one heck of a good time! 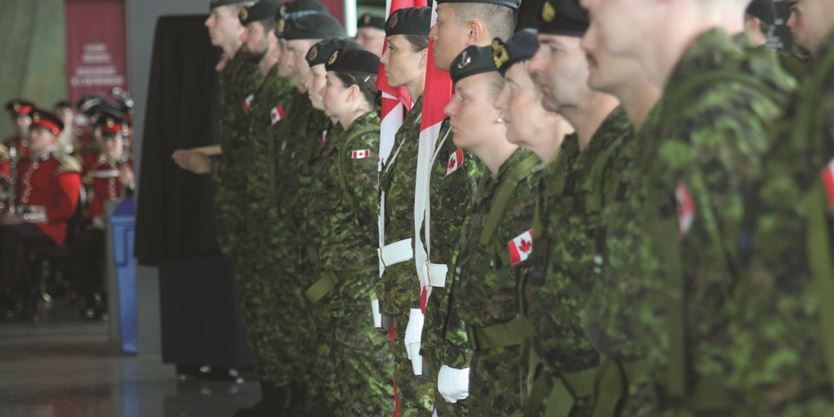 Members of the 2017 Canadian Armed Forces contingent for the Nijmegen Marches stand at attention at the Canadian War Museum on July 11. The contingent will depart for the Netherlands where they will march 160 km in four days with a 10 kg backpack. – Christopher Whan/Metroland

Canadian soldiers are on the move to the Netherlands for the 101st annual Nijmegen Marches.

This will be the 65th time Canadians will participate in the event that runs from July 18 to 21 and draws more than 45,000 civilian runners and more than 5,500 military personnel from over 50 countries.
The Canadian Nijmegen held their departure parade at the Canadian War Museum on July 11. The contingent consists of 13 Canadian Armed Forces teams of generally 11 members who will participate in the event that sees soldiers march 40 kilometres a day for four days. The 160 km will be marched by soldiers with a 10 kilogram rucksack on their backs.

The team has arrived in Europe.