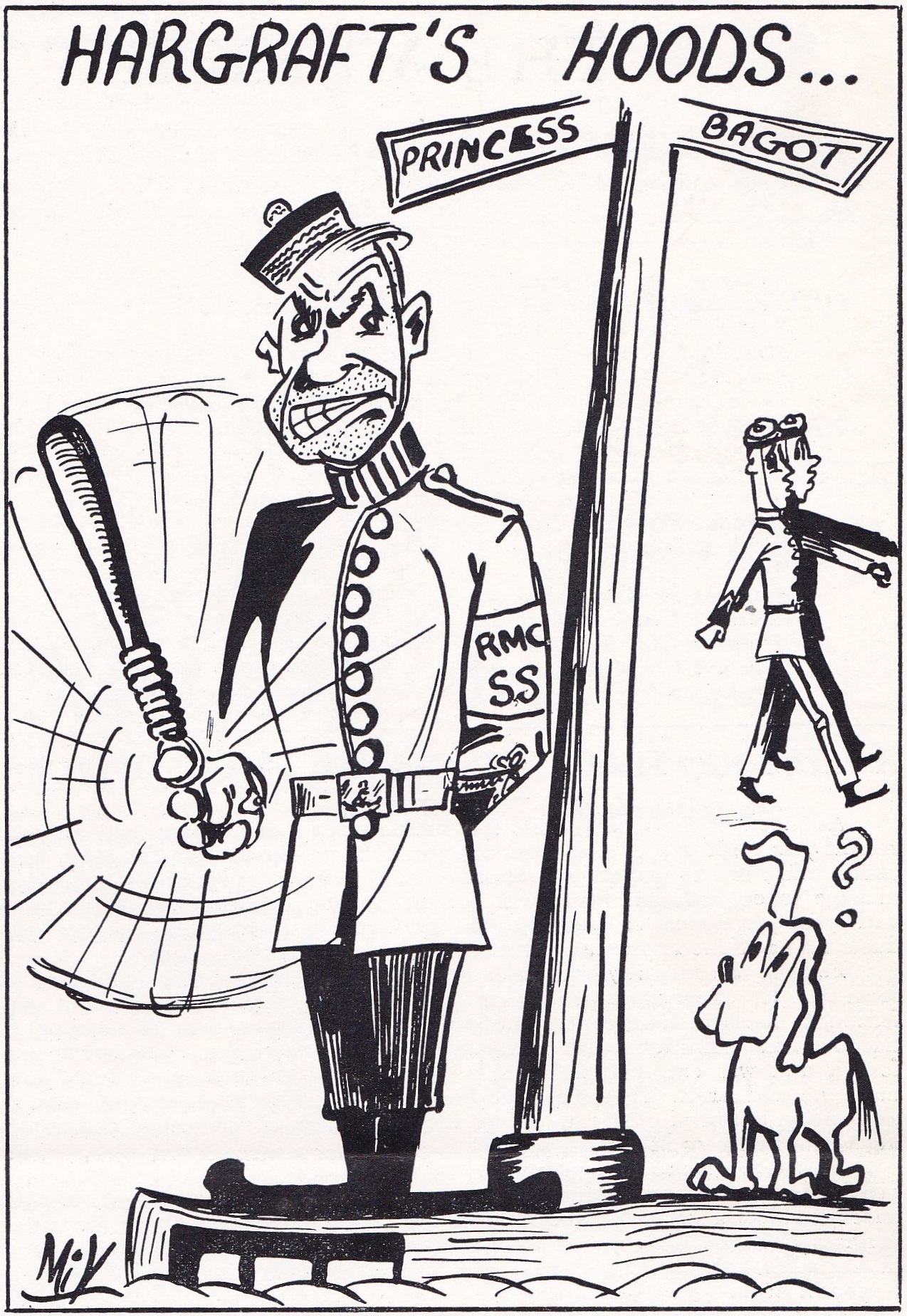 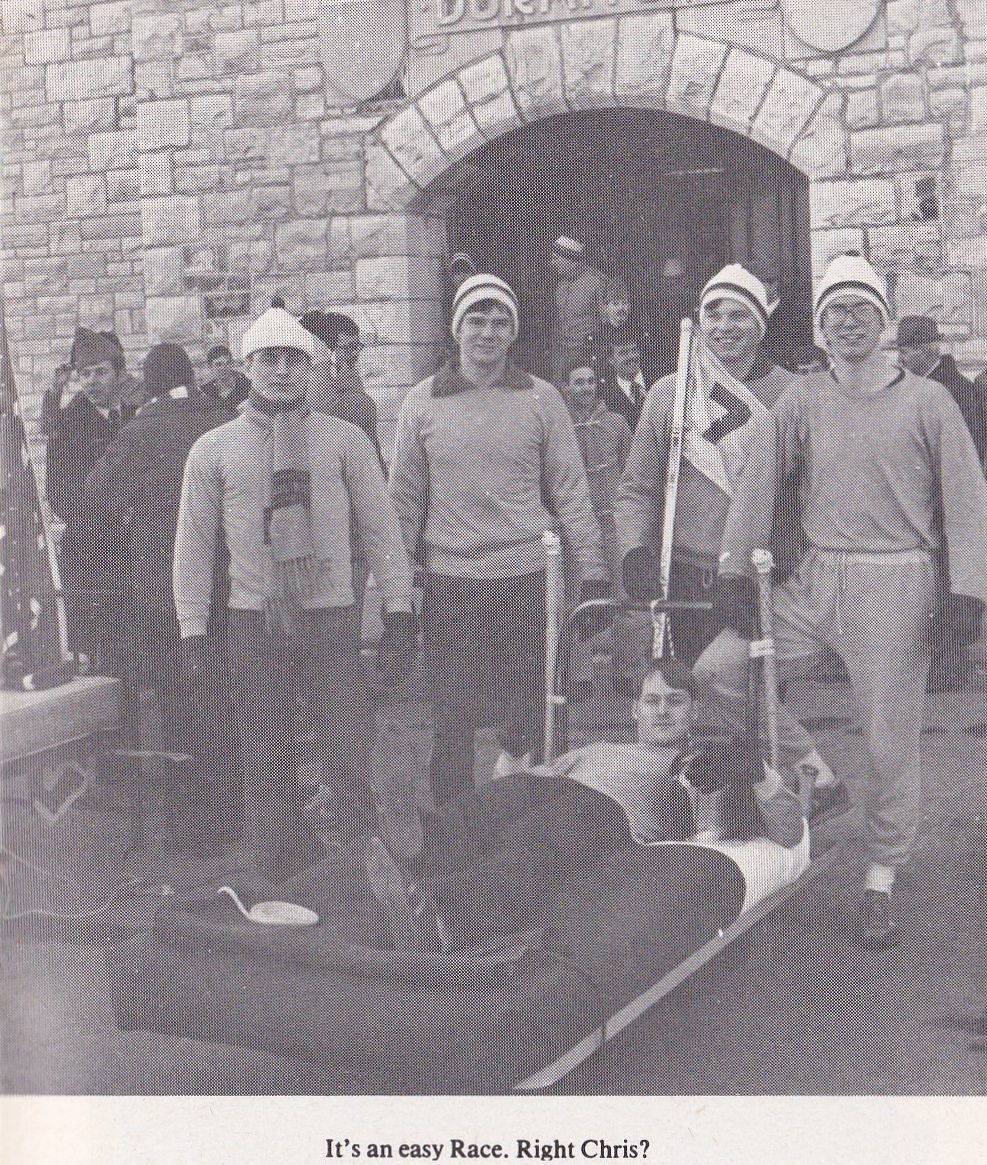 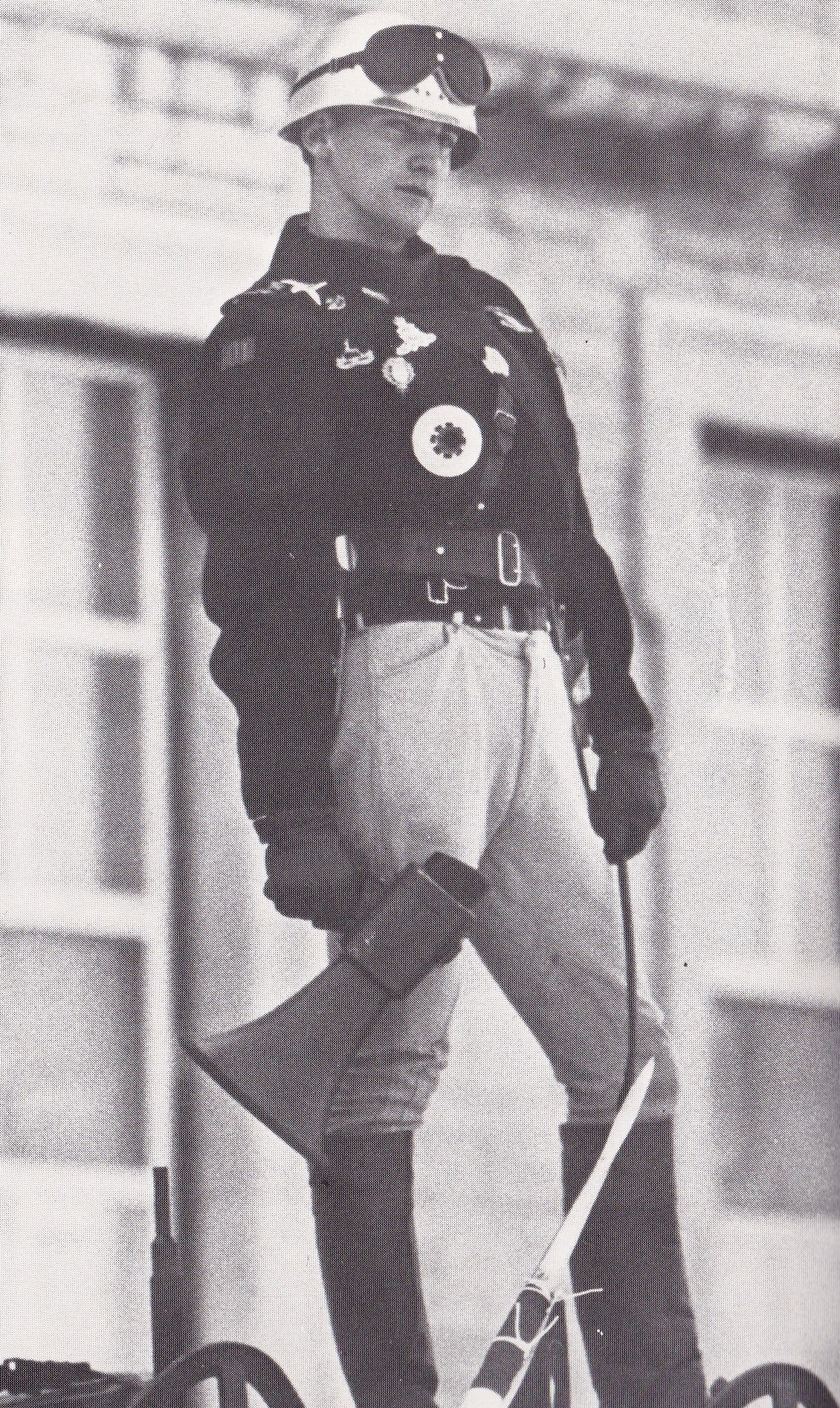 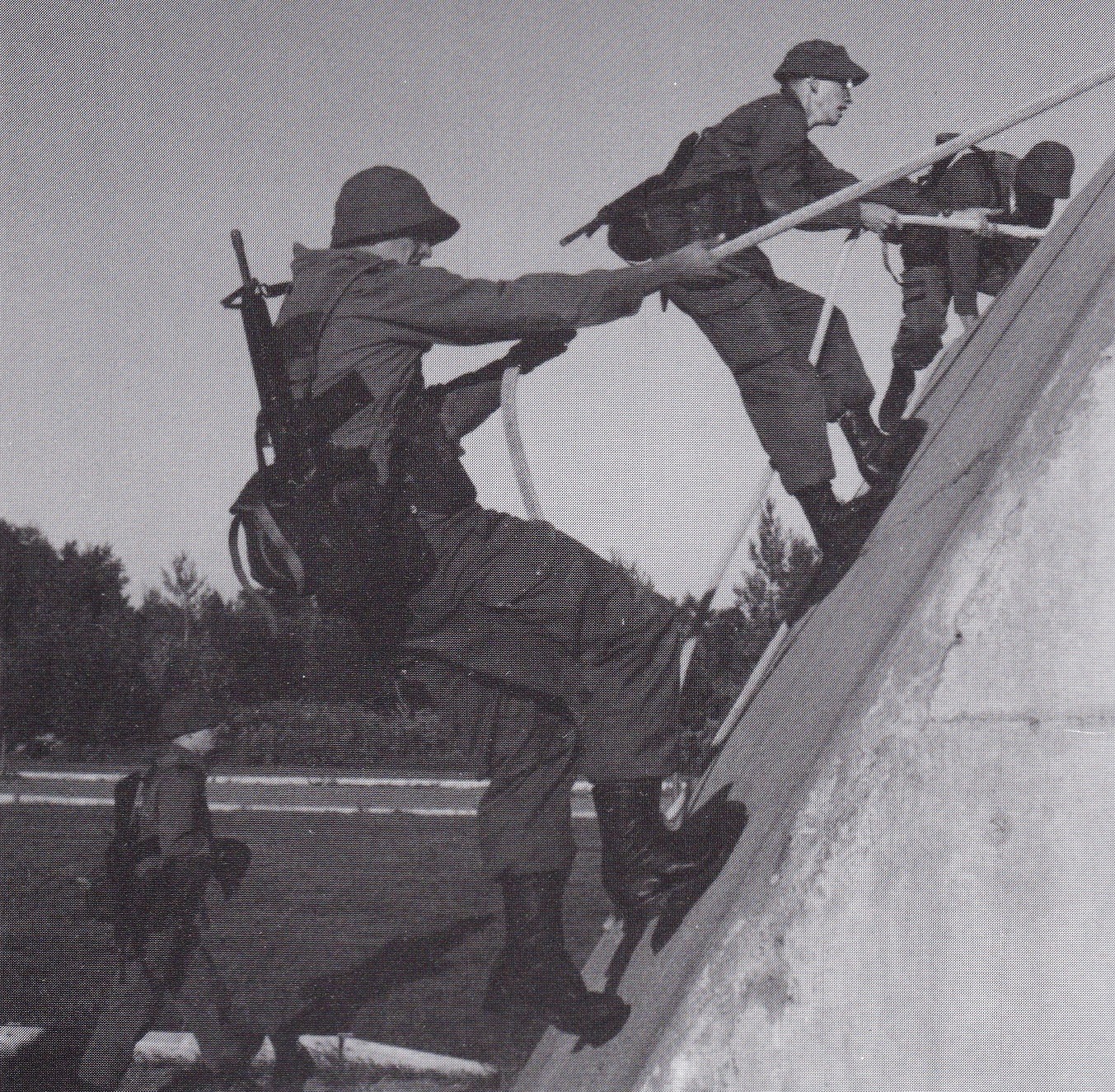 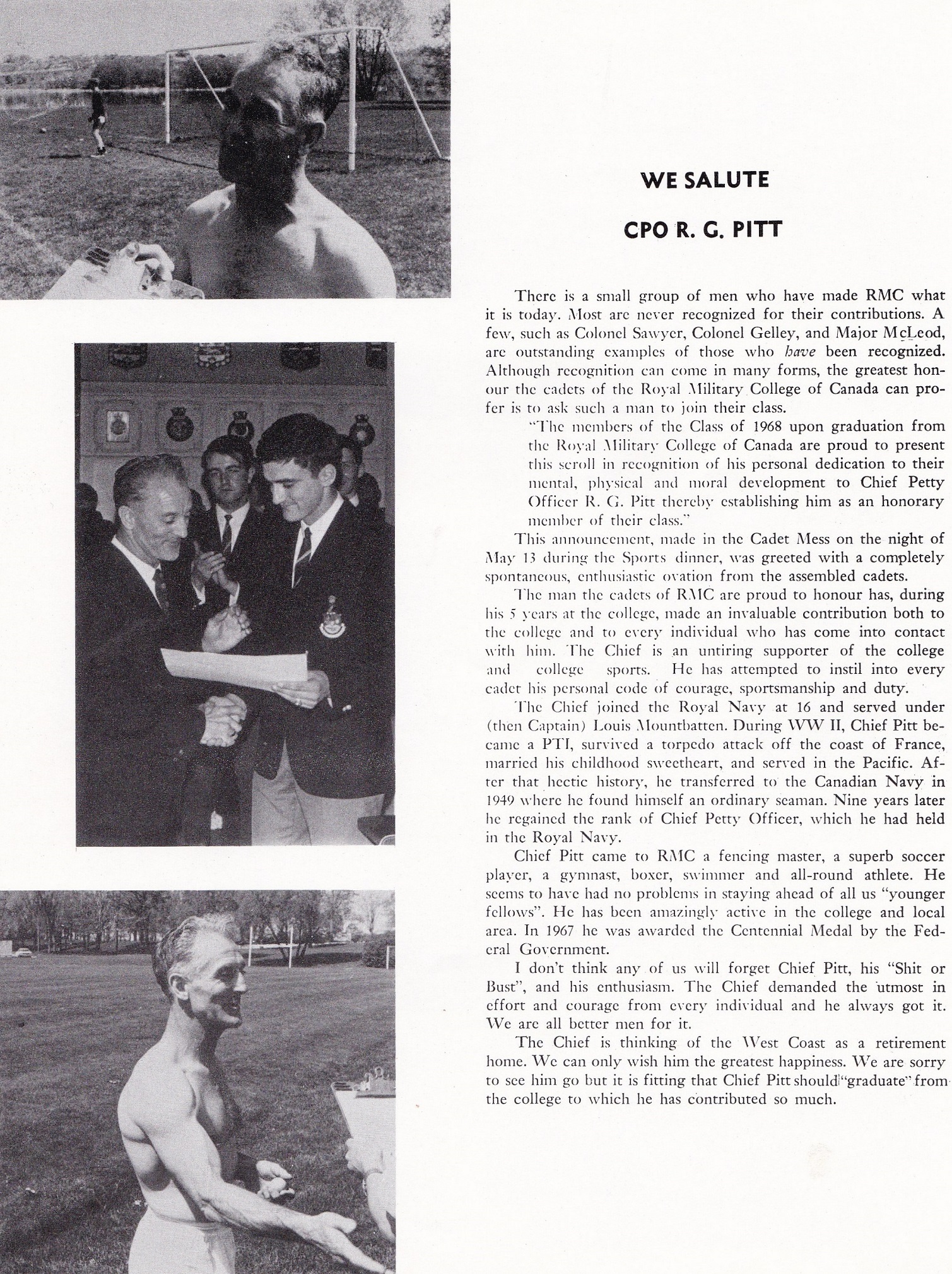 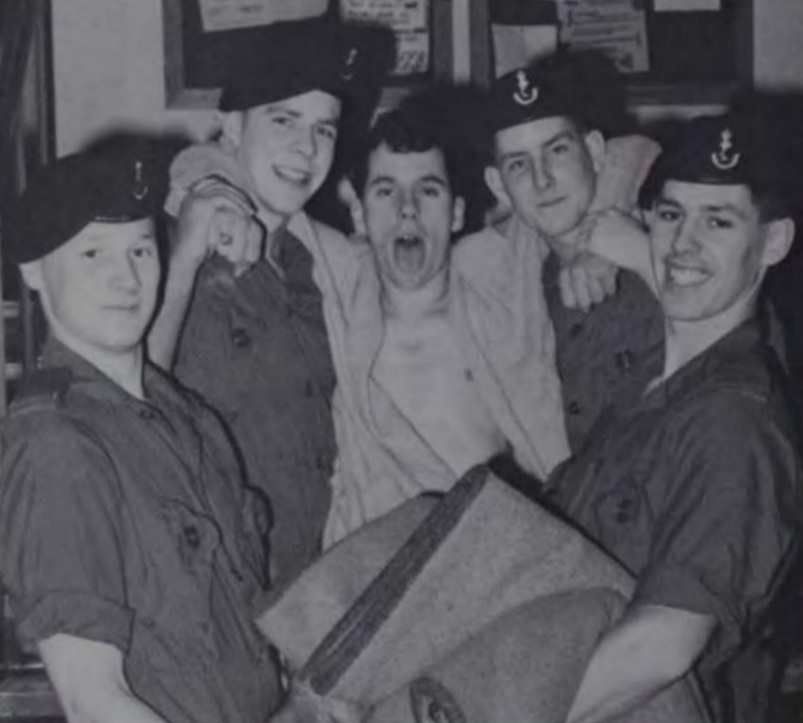 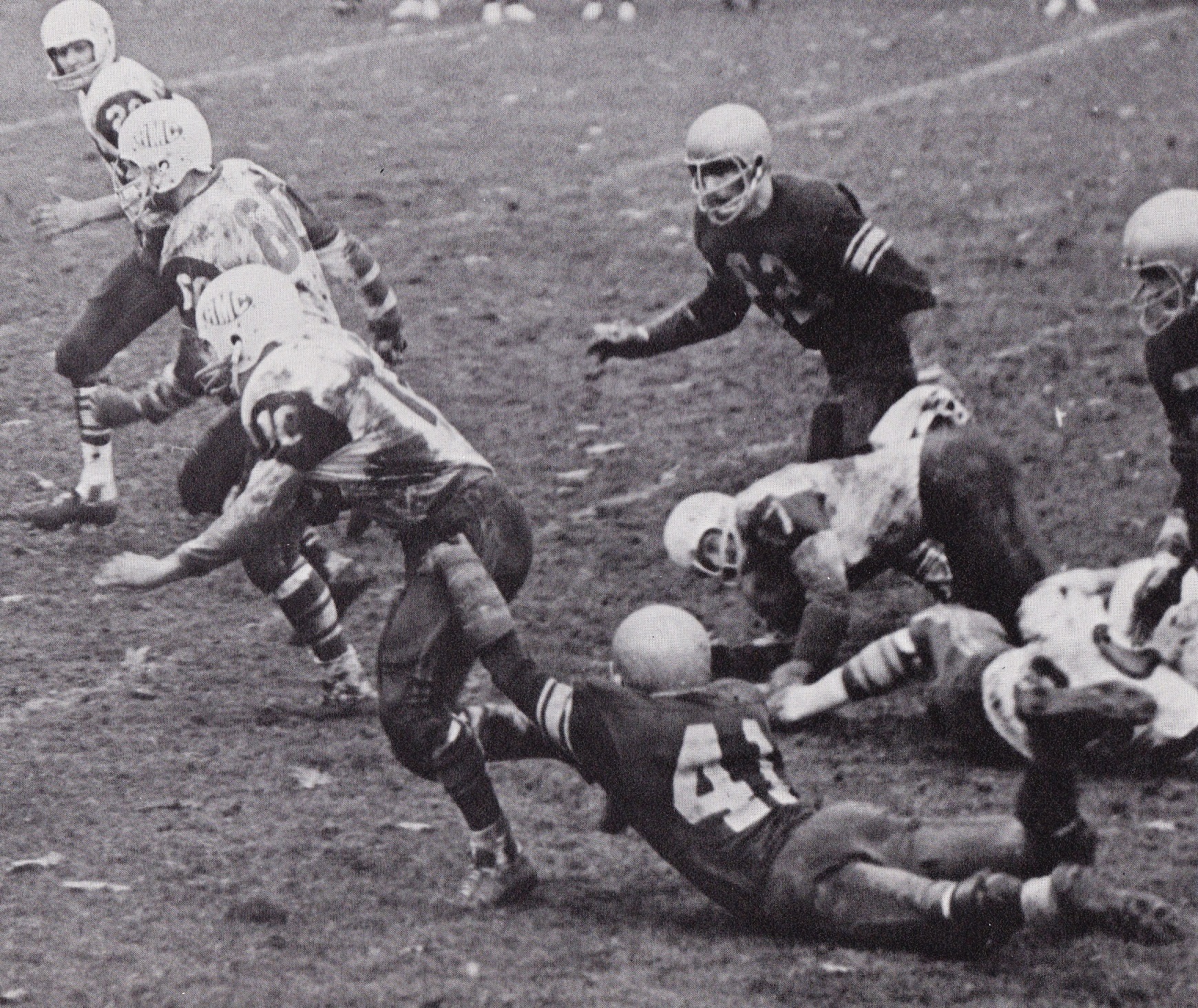 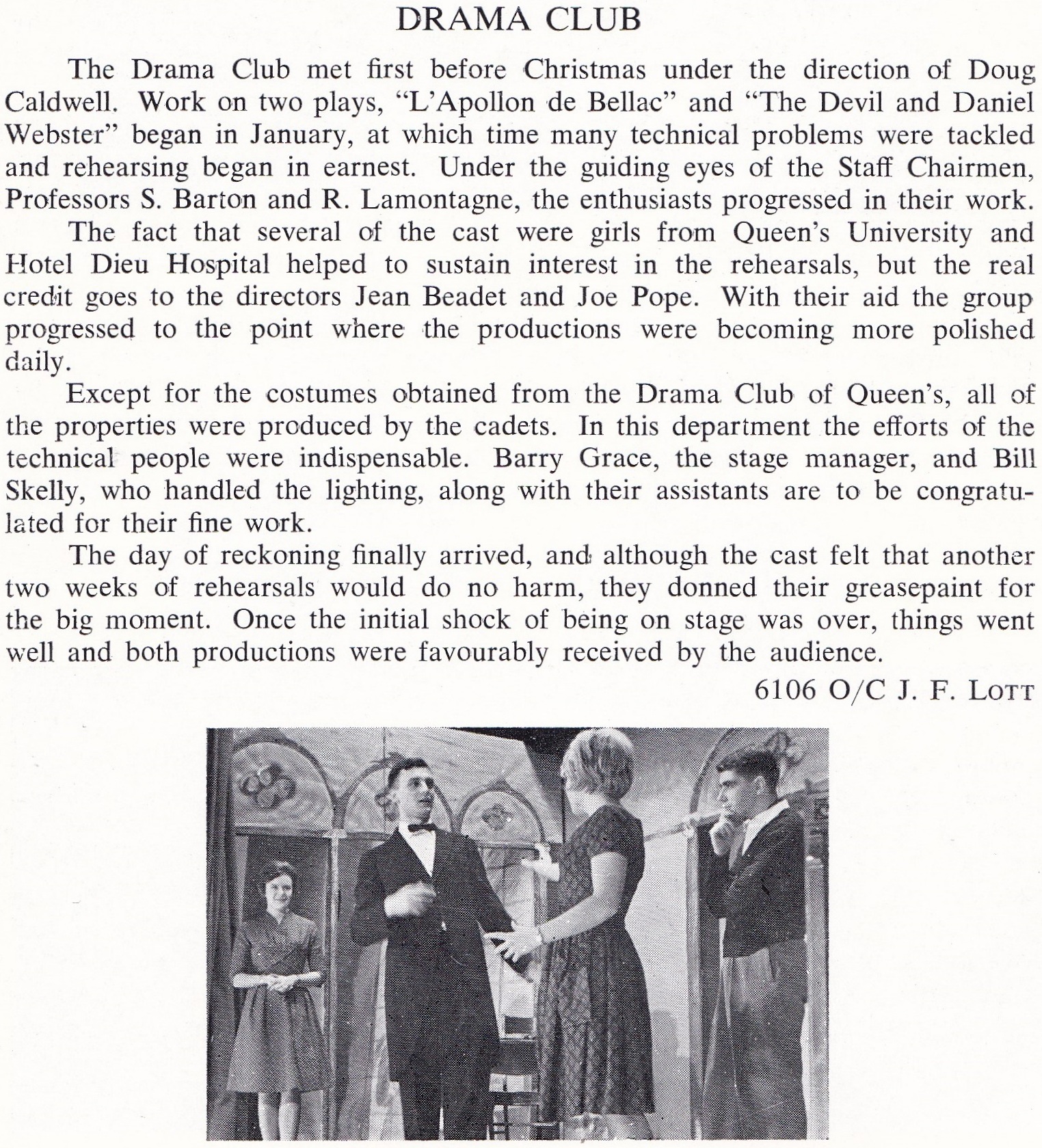 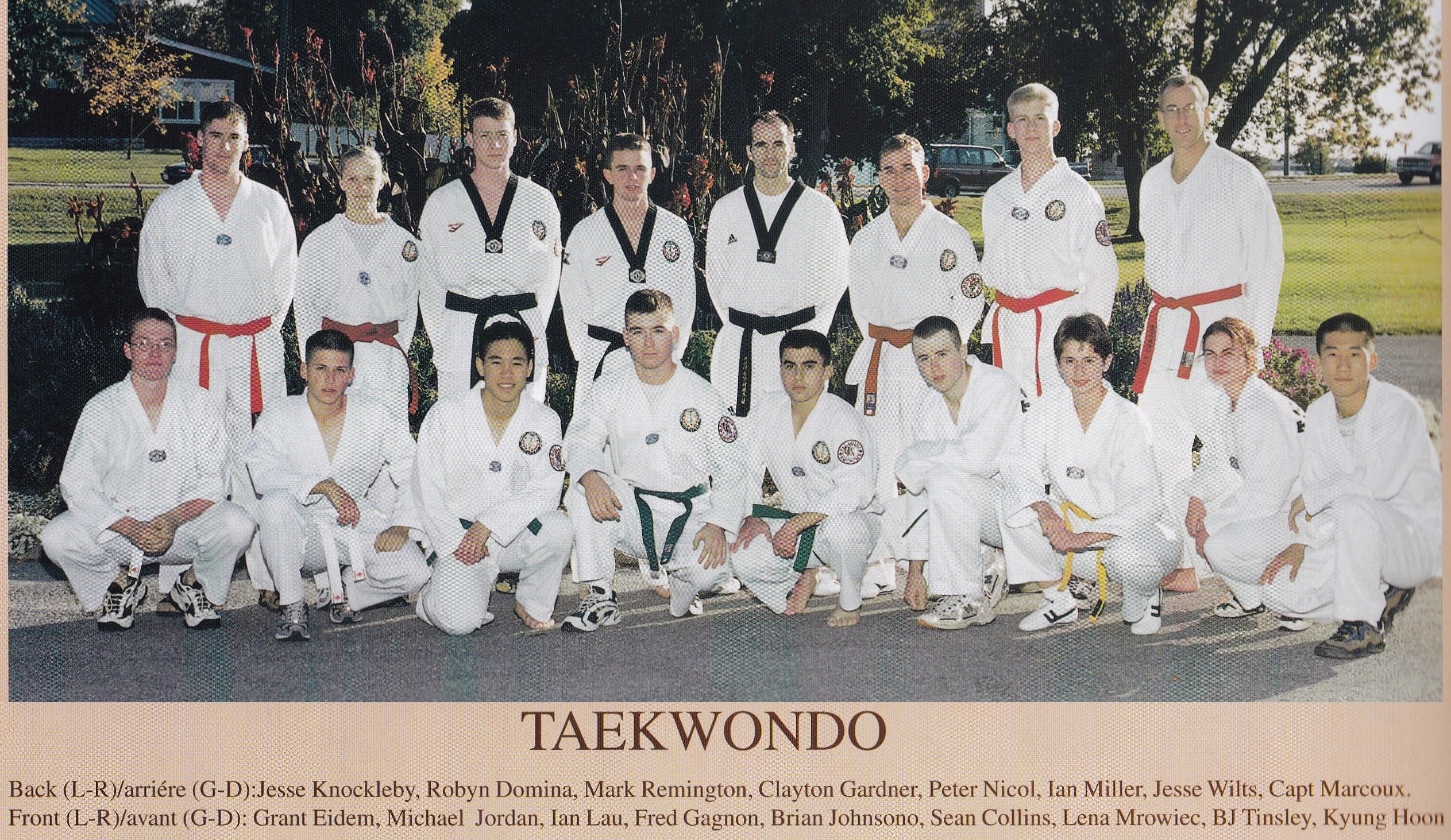 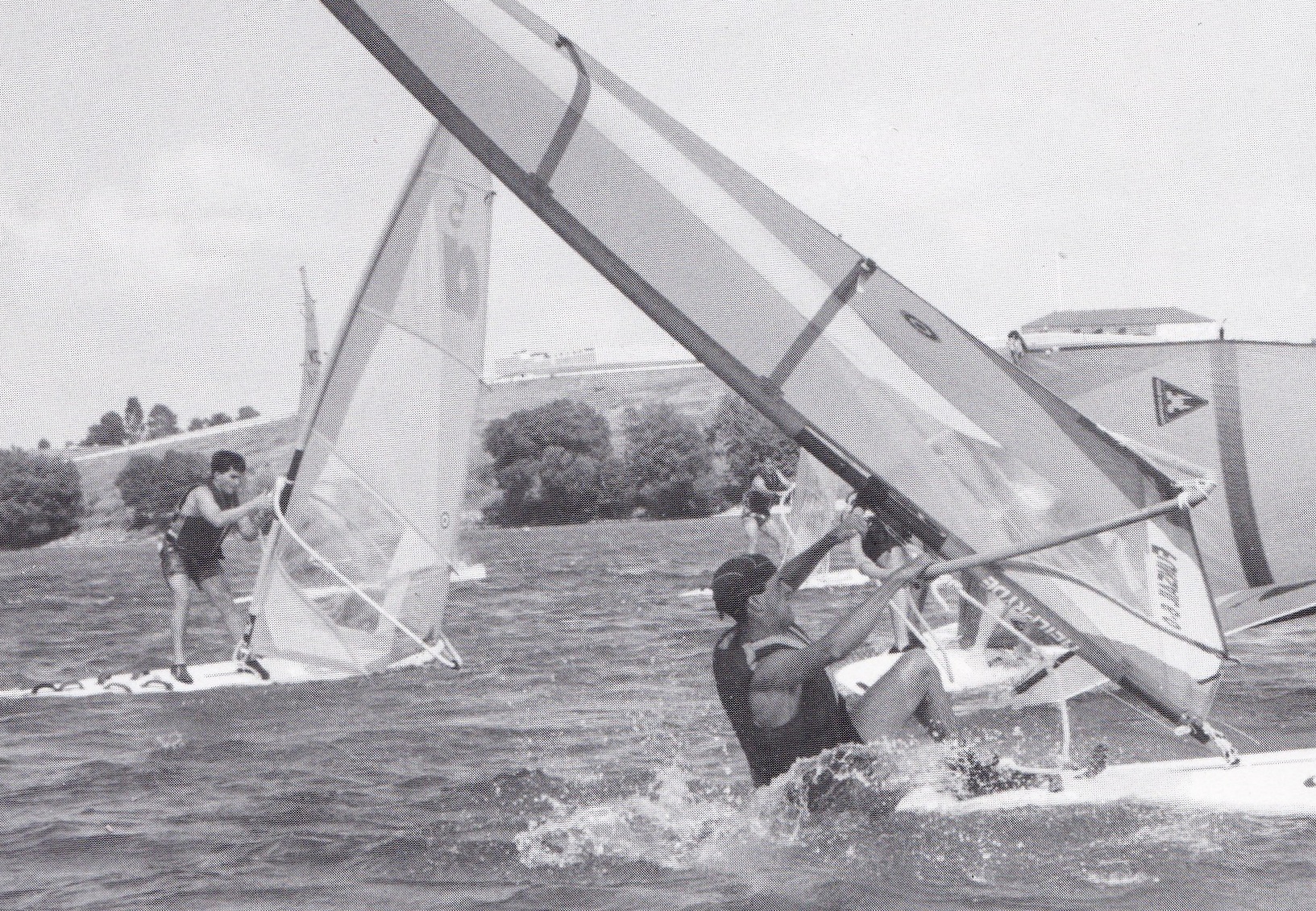 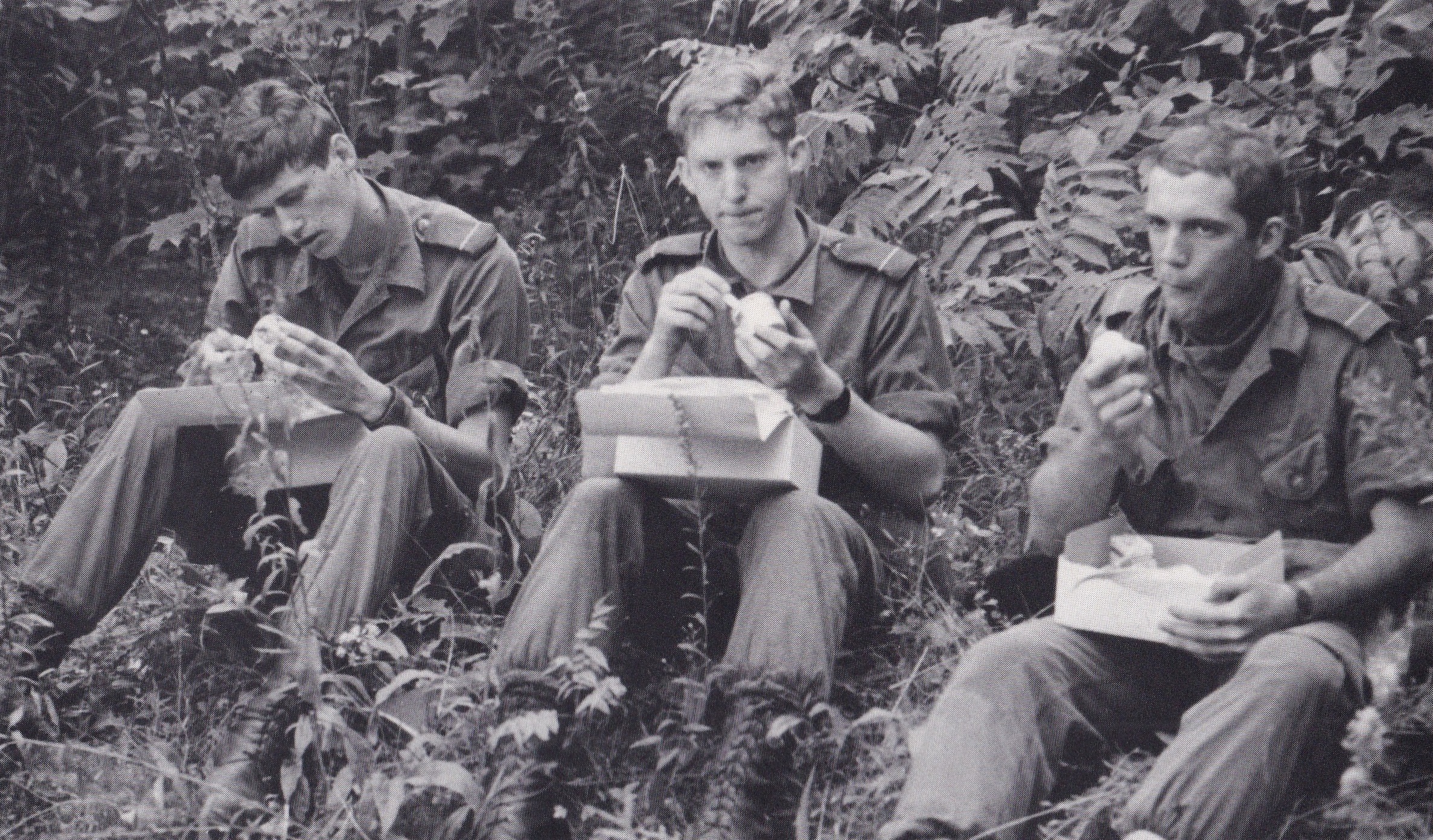 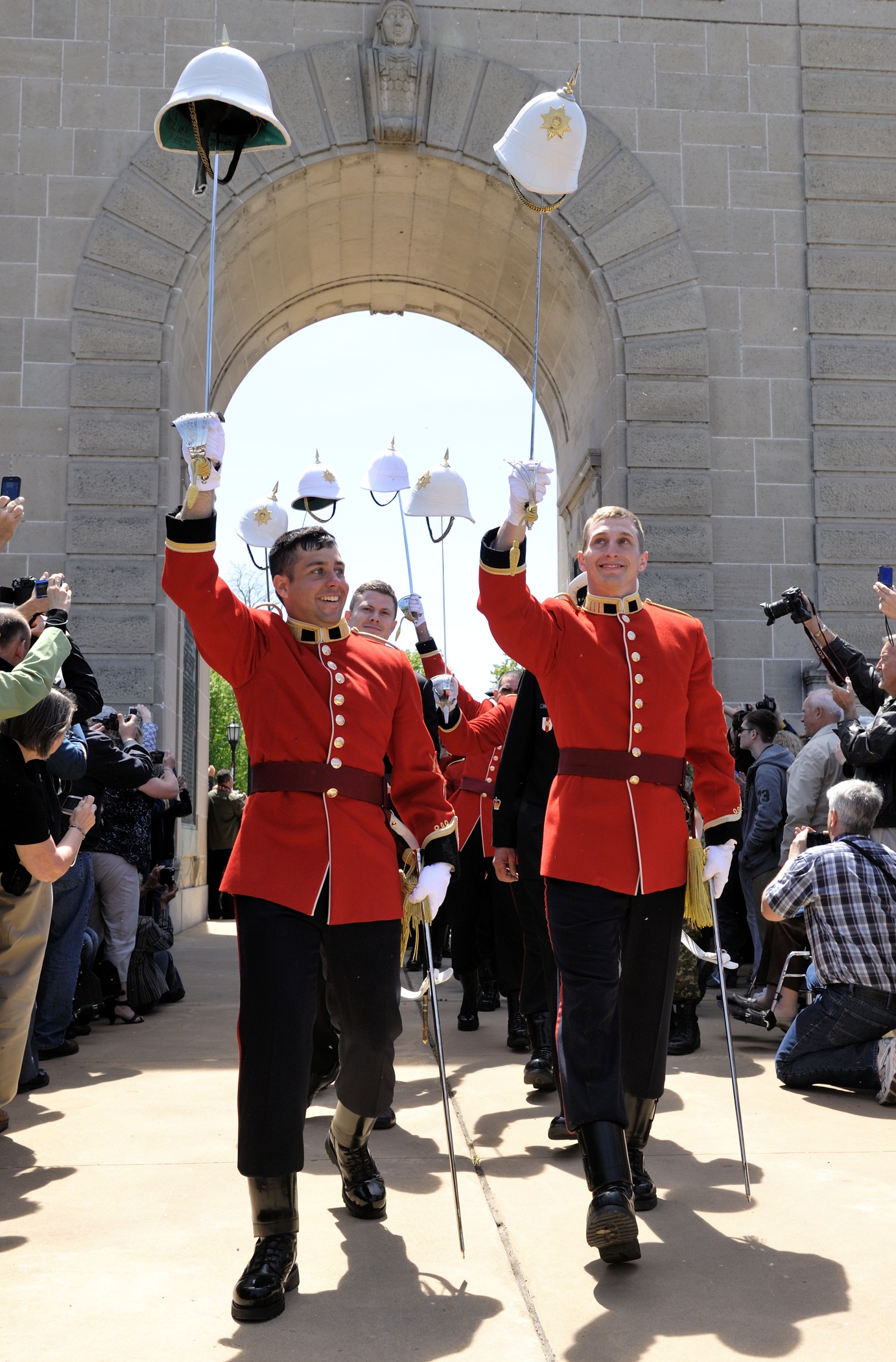 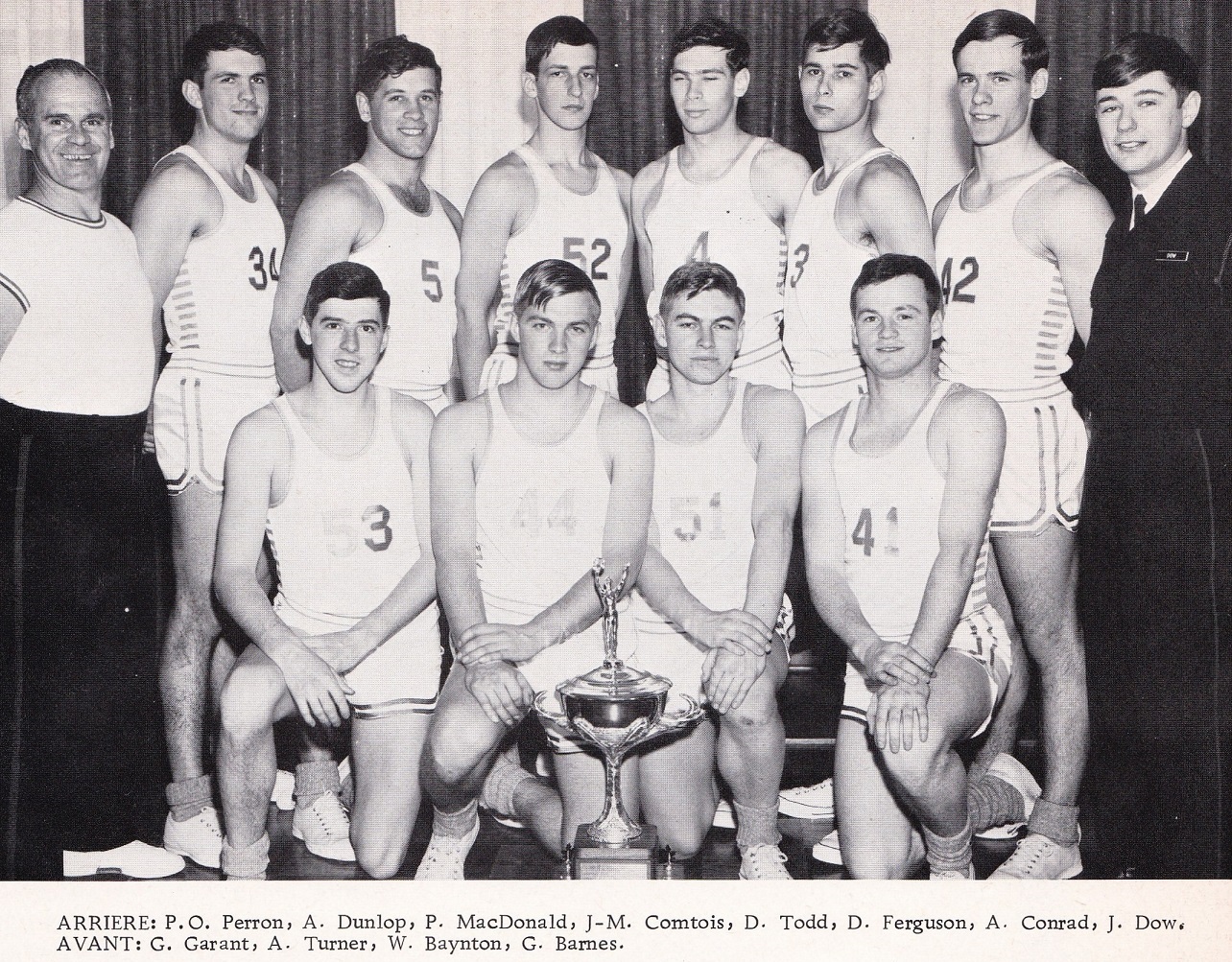 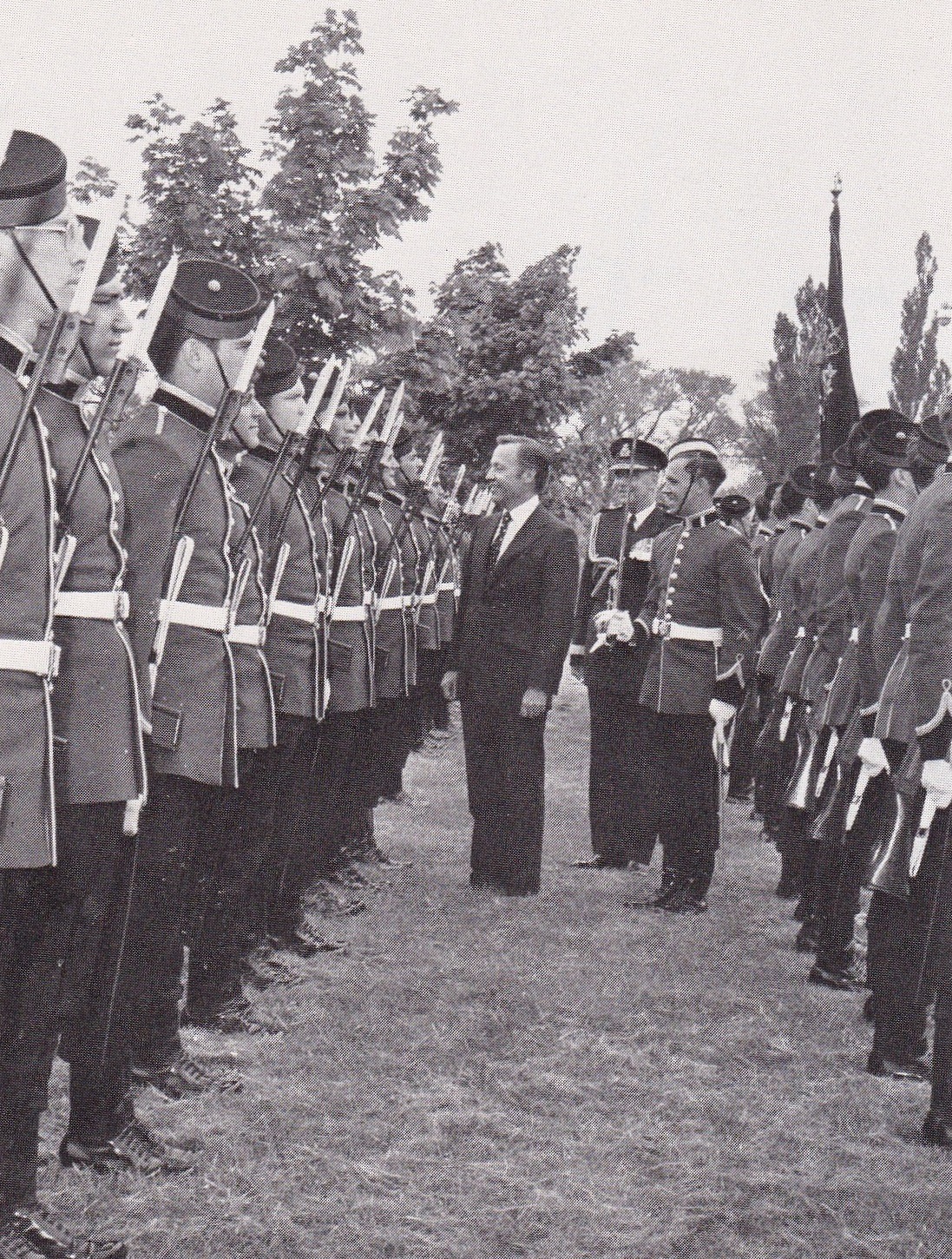 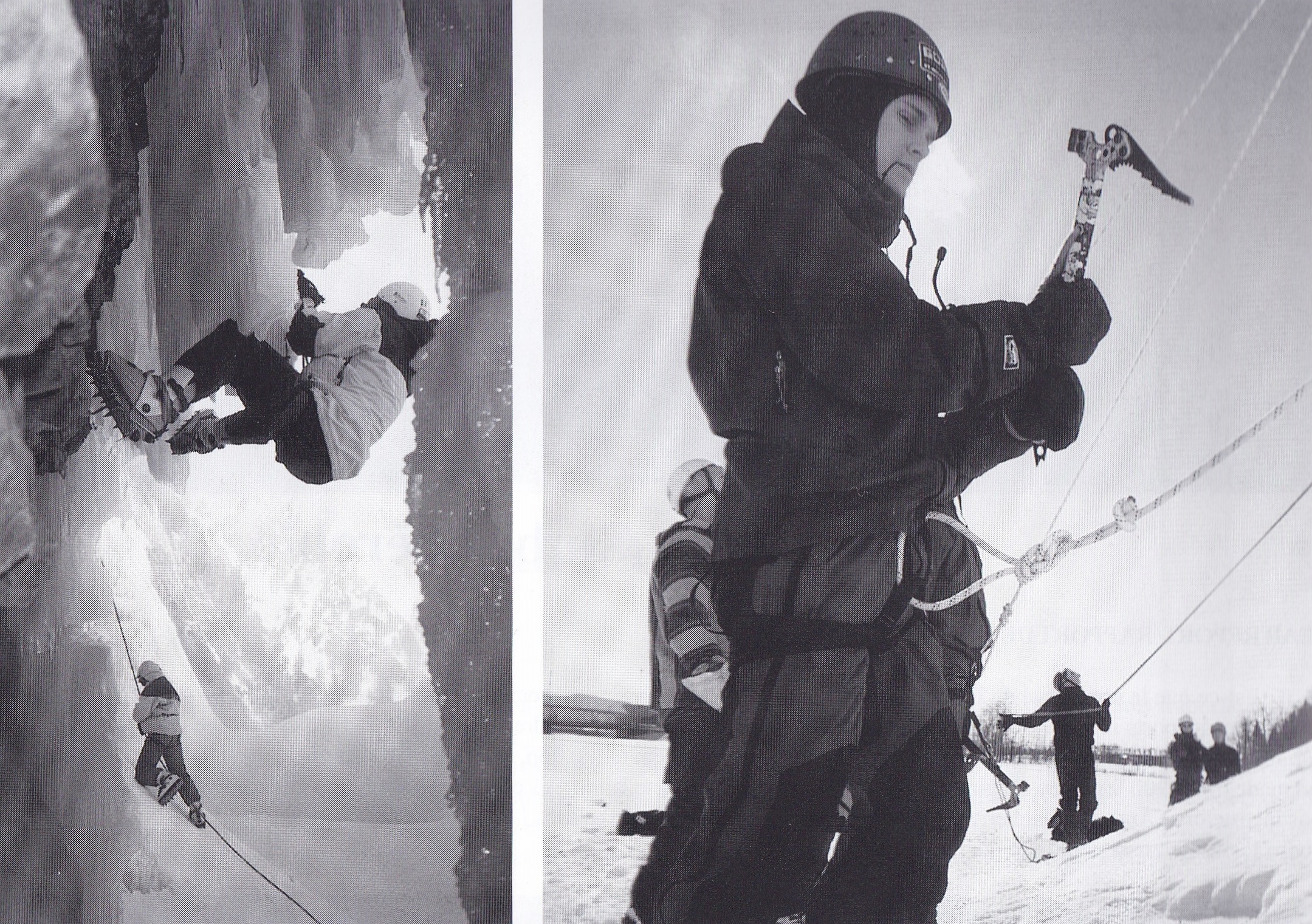 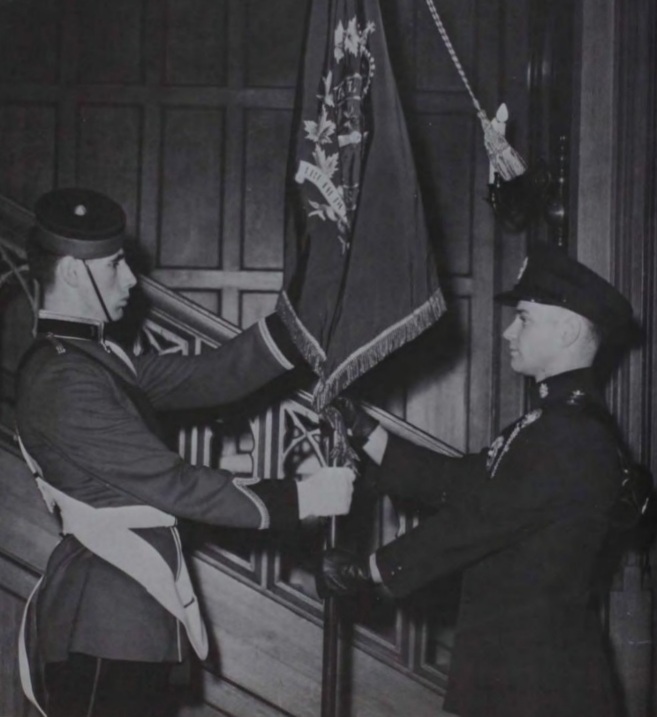 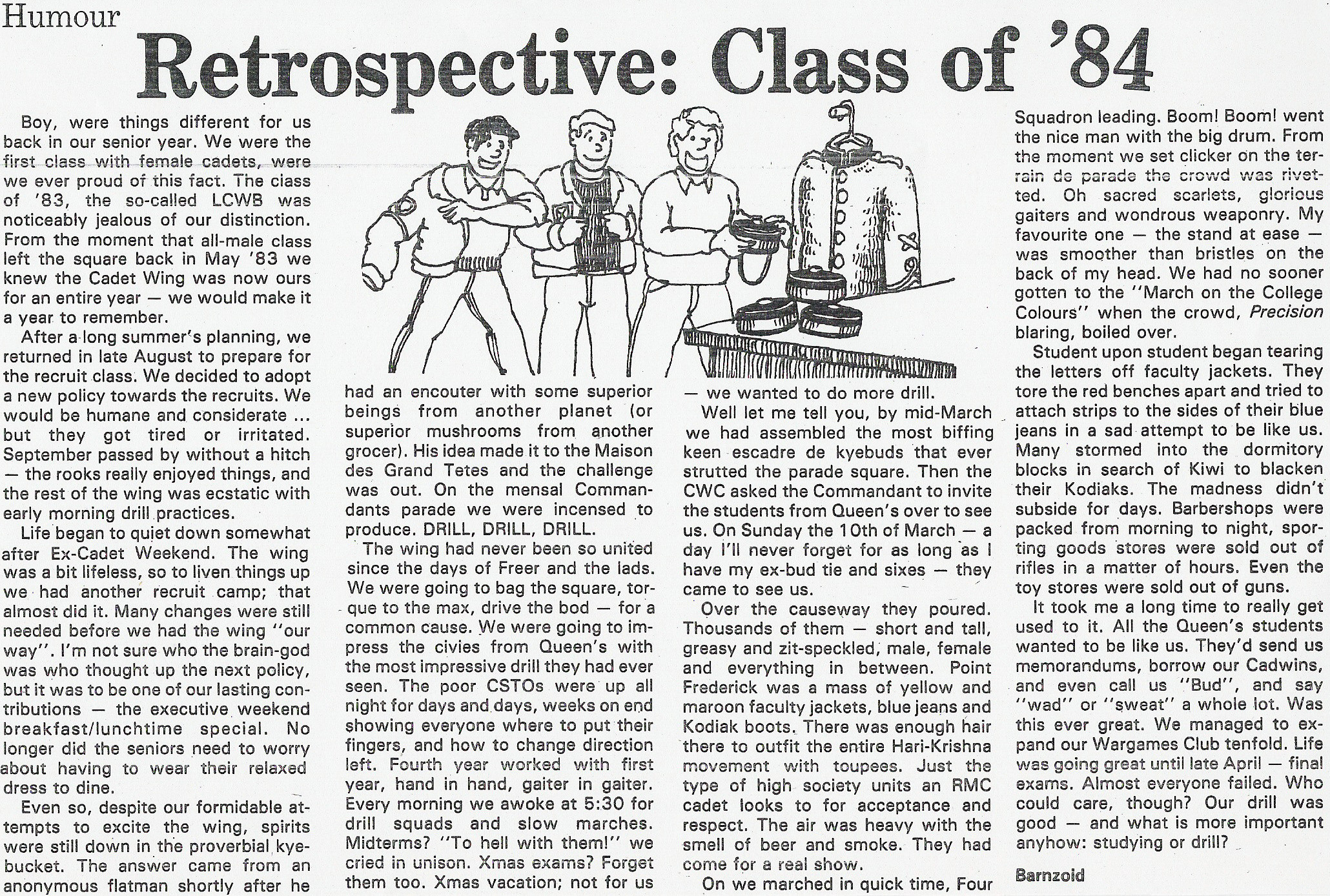 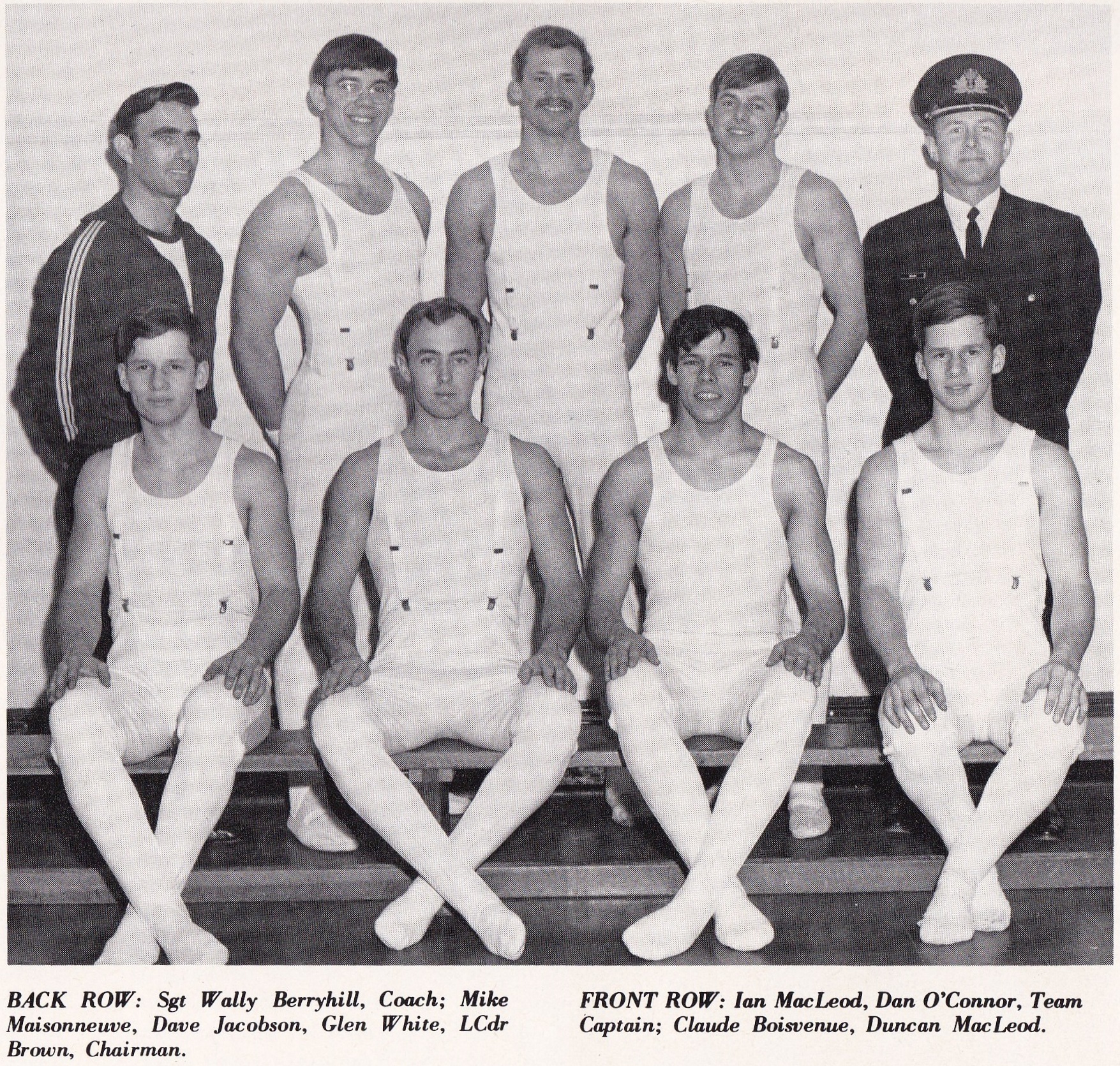 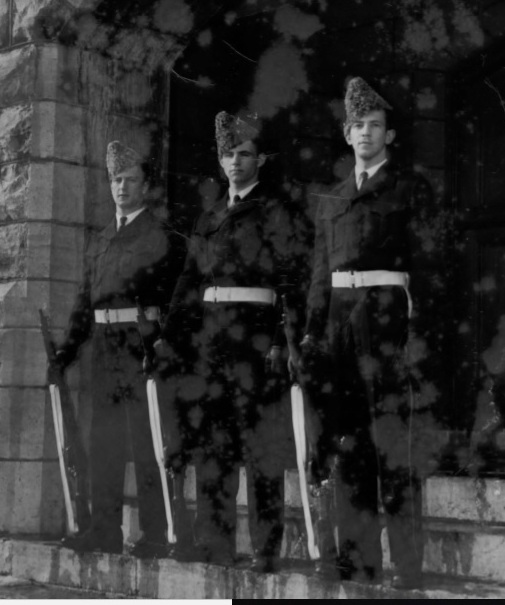 Caption: Potential Admirals, Generals and Air Marshals of Tomorrow  – RMC 1948 and the first 100

The Canadian Services Colleges are established to train officers for the Active and Reserve forces of the Navy, Army and Air Force.  Cadets specify their preference for a particular service by the middle of their first year, although their basic training is the same for the four-year course, cadets spend the summer term with the service of their choice.   Shown here are three typical cadets at Royal Military College, Kingston, Ont.   They are left to right:   P.E. Boivin, (2448 Aylwin)  Montreal;  J.D. Reid,  (24 Dunlop St.)  Barrie, Ont., and J.L. Lachance,  (267 Moisan St.)  Drummondville.    Boivin is an Air Force Cadet,  Reid has selected the Army for his career and Lachance will join the navy on graduation.

RMC is one of Canada’s two Services Colleges, training future officers for the three Armed Services.   The other college is Royal Roads, near Victoria, B.C.   The first two years of the four-year course may be taken at either college, but the last two must be taken at RMC in Kingston.   (Canadian Army Photo)