The following excerpts are taken from the 18 December 1953 edition of the The Marker.

Trump’s Elegy in a Haldimand Corridor

Goes echoing through the lonely hall;

That marks the start of martial day,

And from the beds in which we lay

We are recruits. Short months ago

We lived, we laughed, we loved as though

For all our lives we would be free,

And not confined to R.M.C.

But little did we know.

At crazy hours we must rise,

Before the sun has pierced the skies,

And don our baggy dungarees

(A sight which hurts the eyes).

Then to parade we make our way,

Who love to strain their vocal chords;

The same from day to day.

But now exams are drawing near,

And we must work I sadly fear,

I will resume my tale once more

With thoughts of Christmas Cheer. 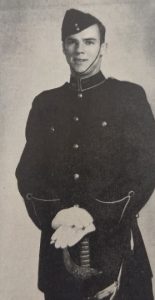 Well, so much for exams. Another term passes inot the relm of memory and we all pass into the present of Christmas holidays. Since this is the Christmas issue of the Marker it seems that the editorial should deal with the festive season. This problem really resolves itself into how to say Merry Christmas in five hundred words.

On thinking the matter over it seemed that Christmas has developed into a season devoted to the children. None of us will ever forget how we used to get up at four or five o’clock on Christmas morning and go and wake up our parents to tell them that Santa Claus had been and gone and it was time to turn on the tree lights and see all the presents. Nor will many of us forget that gradually as we progressed through high-school the hour of our awakening on Christmas got later and later, it was now the young brother who was dragging you out of bed, and the magic of the tree lights seemed to have grown less. Yes, it seems that Christmas is a time for the children, and we are at present in the middle stage where we are no longer children ourselves and as yet have none of our own from whom we can capture the magic.

One reason we at R.M.C. are for fortunate is that it is easier for us to appreciate Christmas than many. To us it is a time when we go home. Naturally the post holiday talk is all about the tremendous parties we went to and the fabulous way we spent New Year’s Eve, but the holidays really mean a good deal more to most than that. To go home, to see our friends, to once again become a part of the family, to relax, to eat home cooking, all these things we find that we had missed more than we had thought. Yes, the spirit of the season may still be found if we take the time to look for it.

It didn’t take five hundred words, but the idea is there; Merry Christmas, and have a good time. 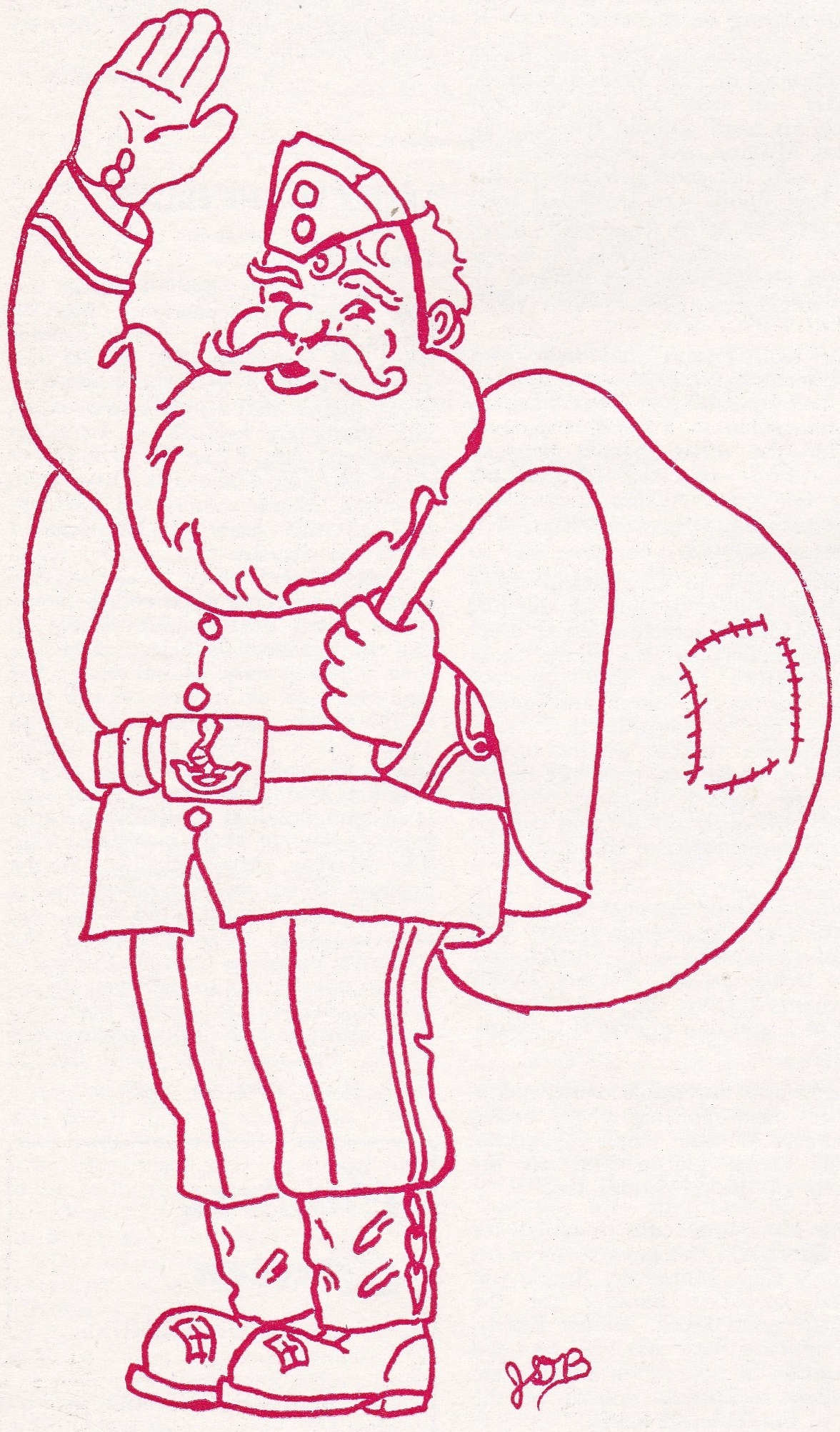 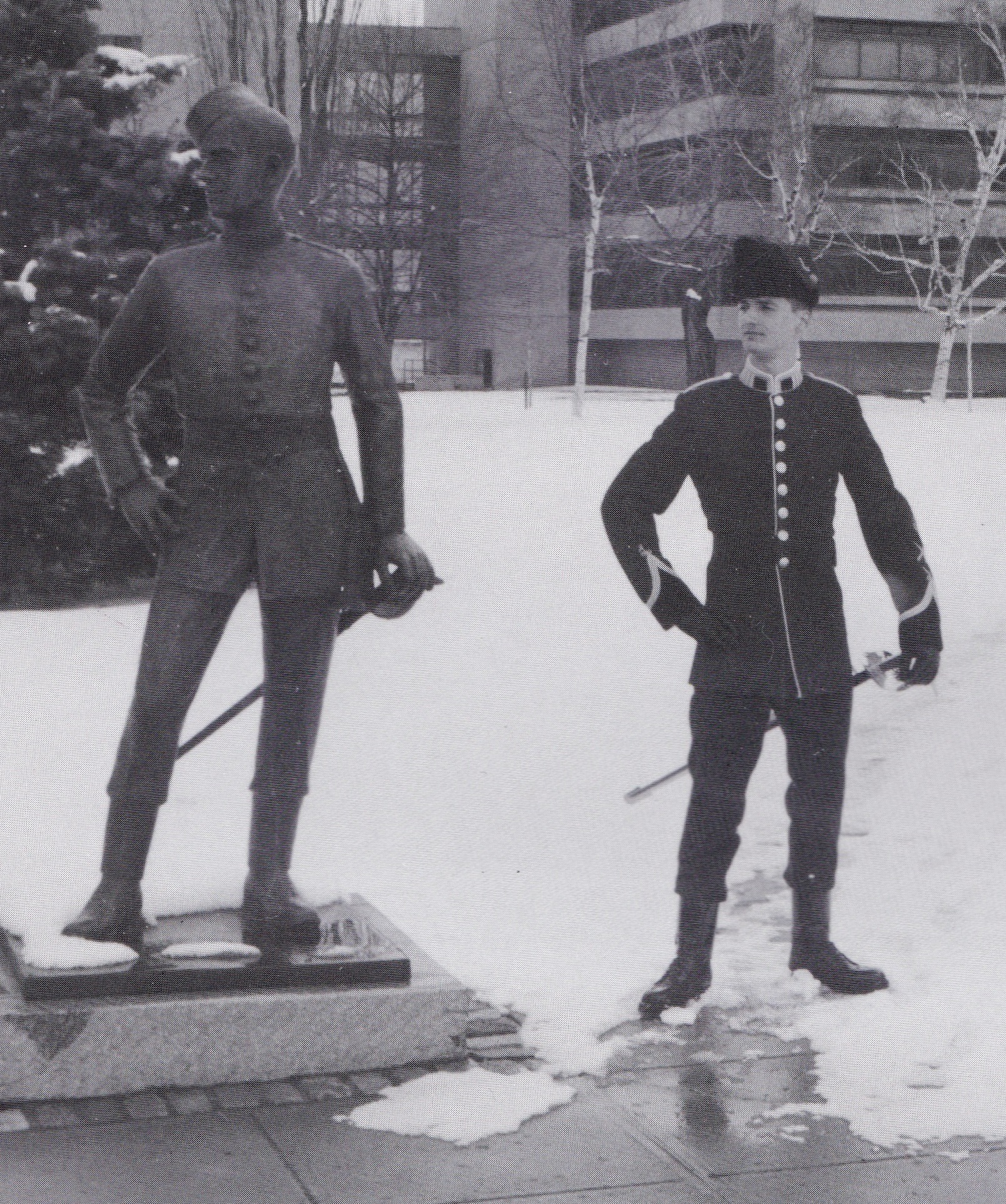 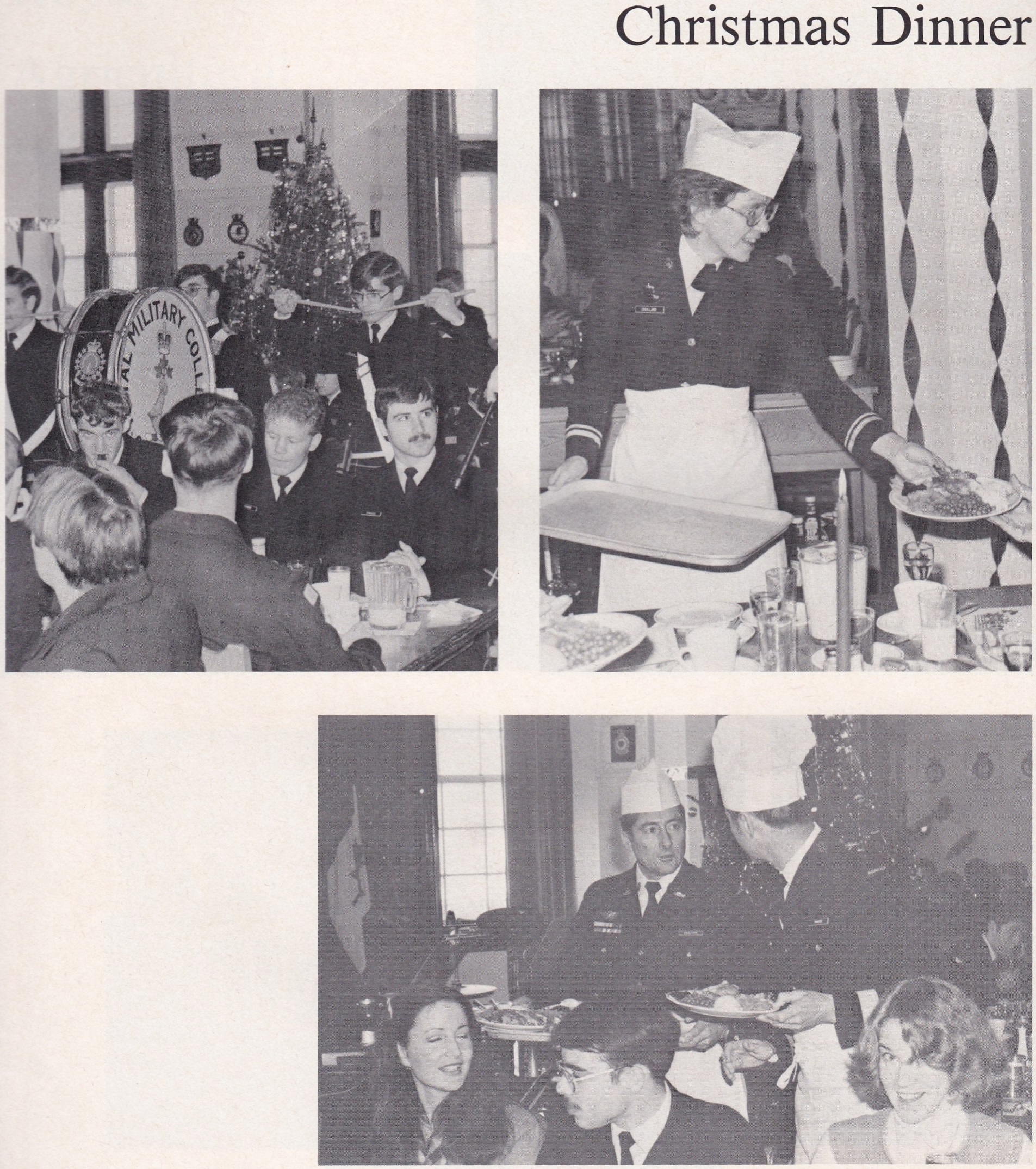 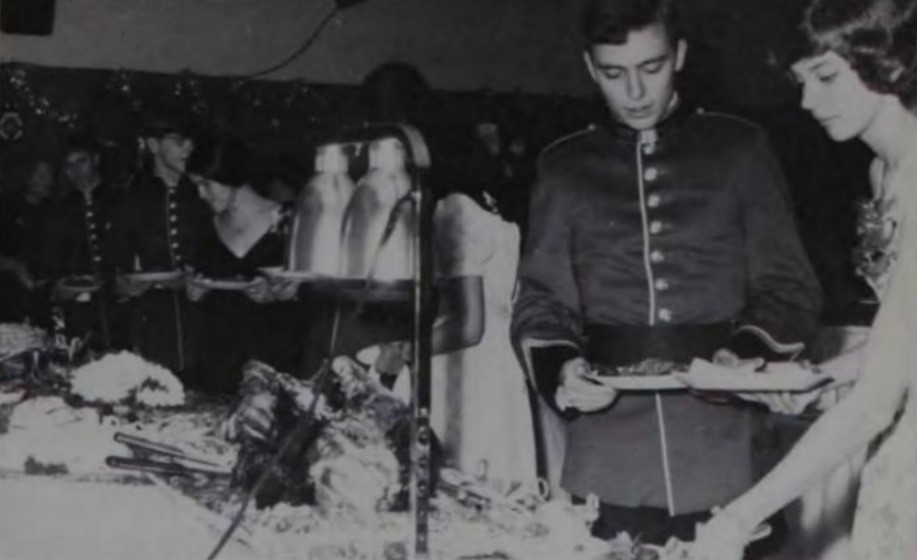 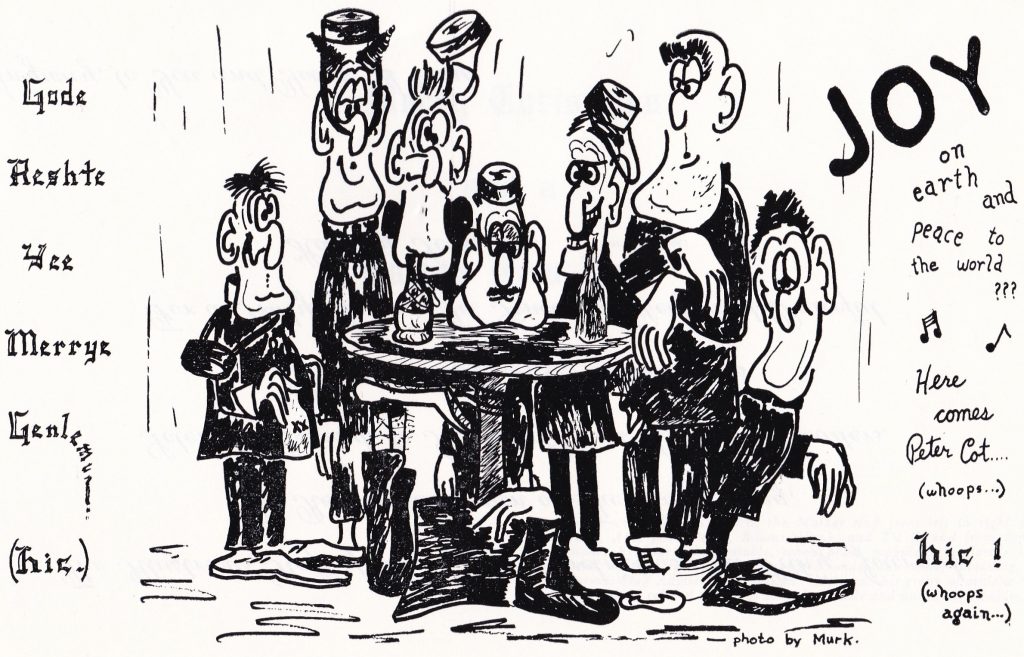 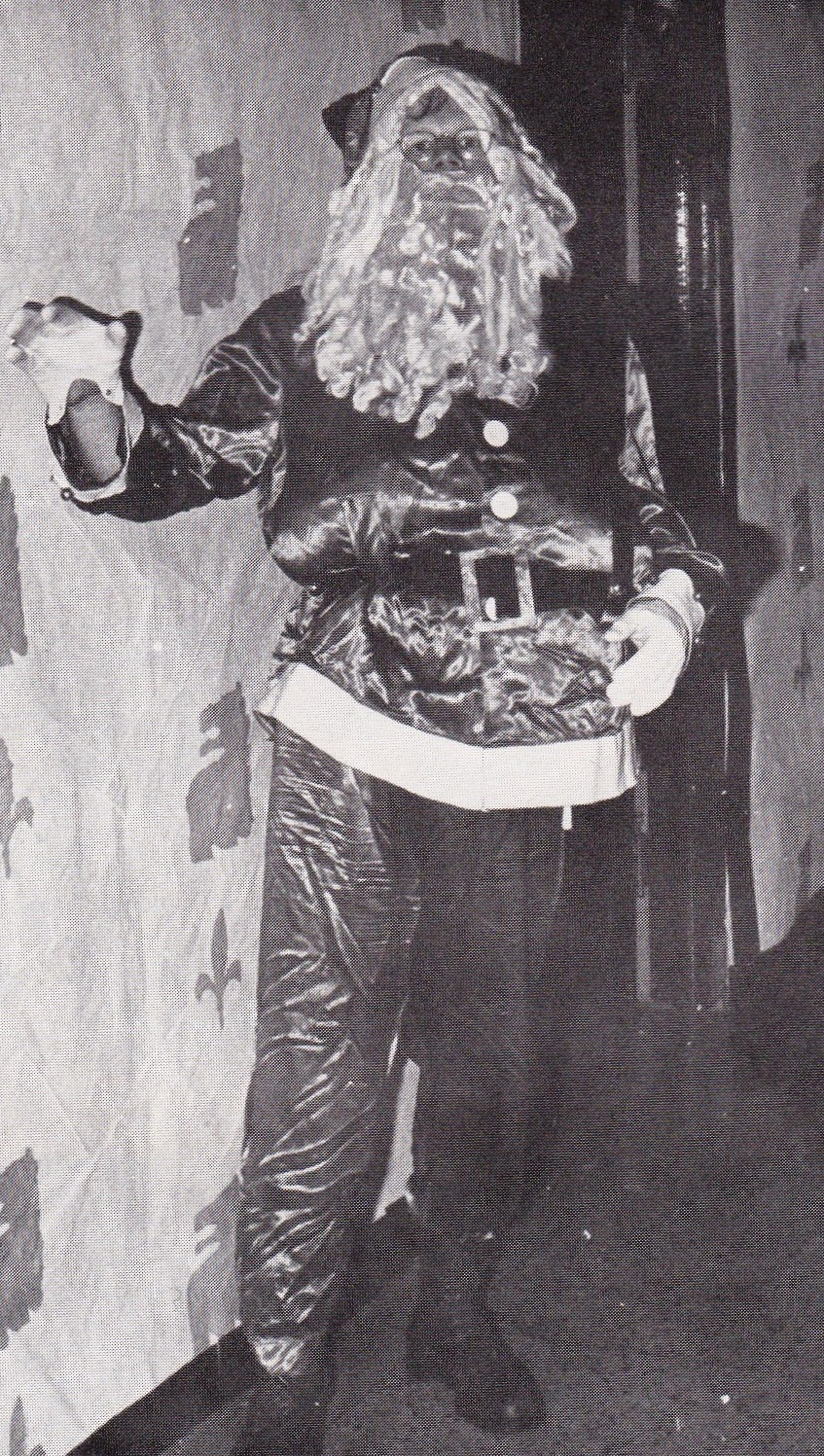 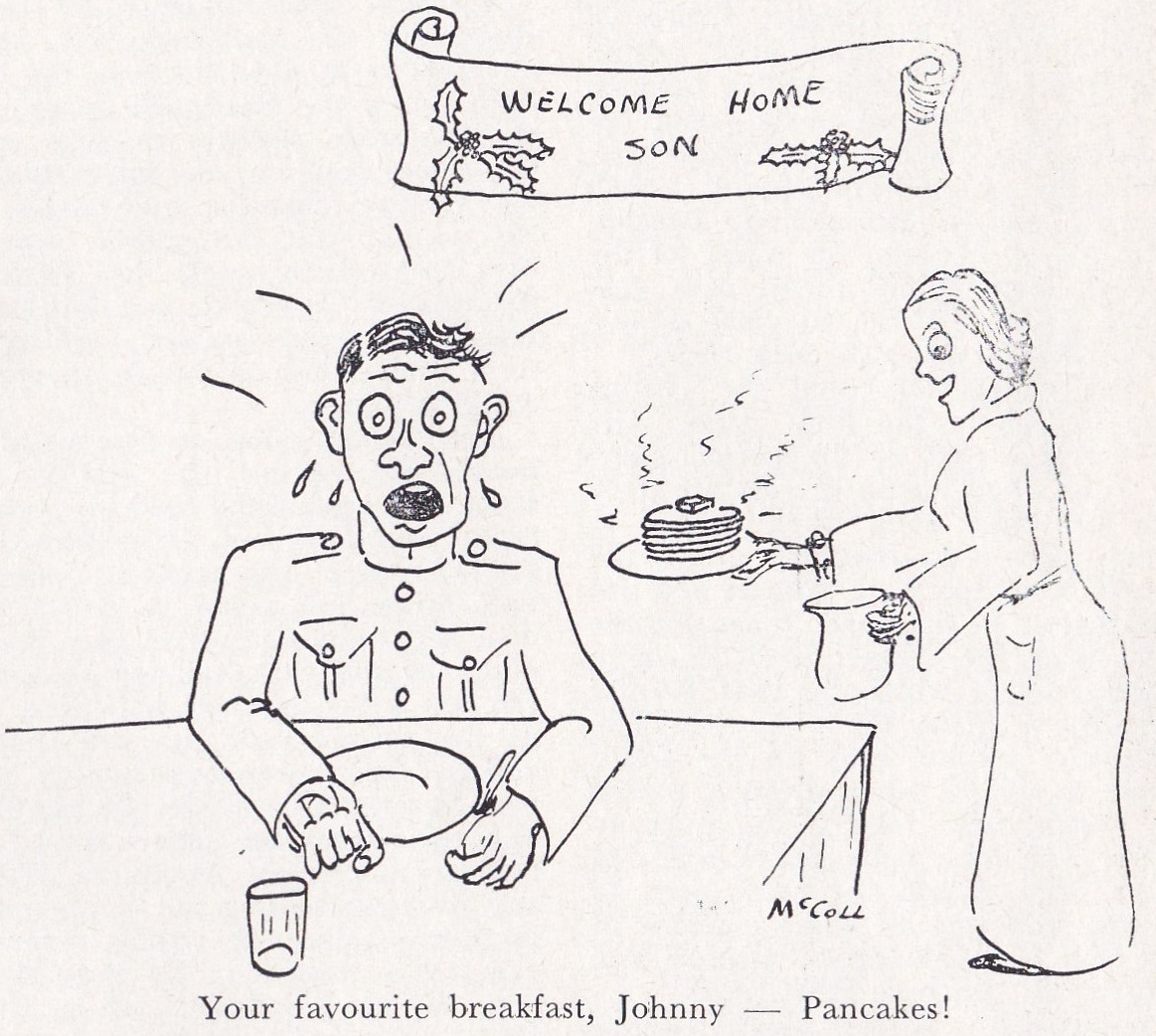 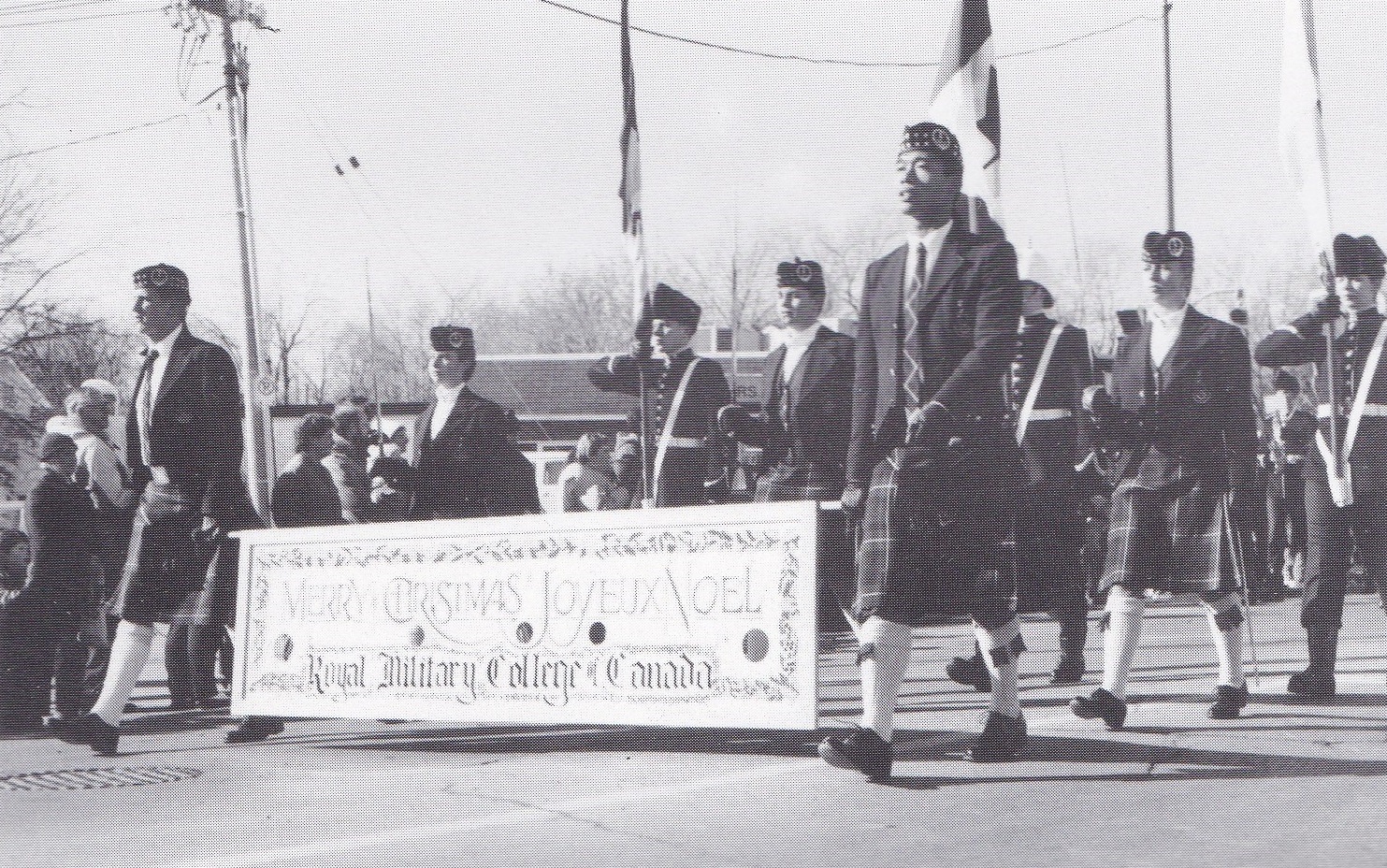 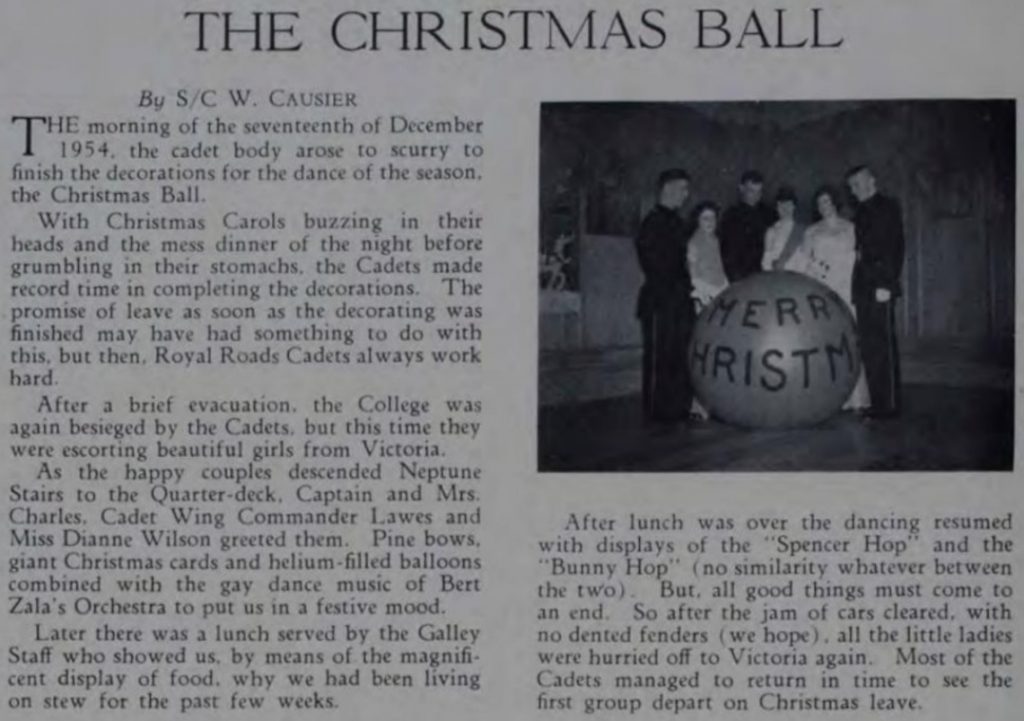 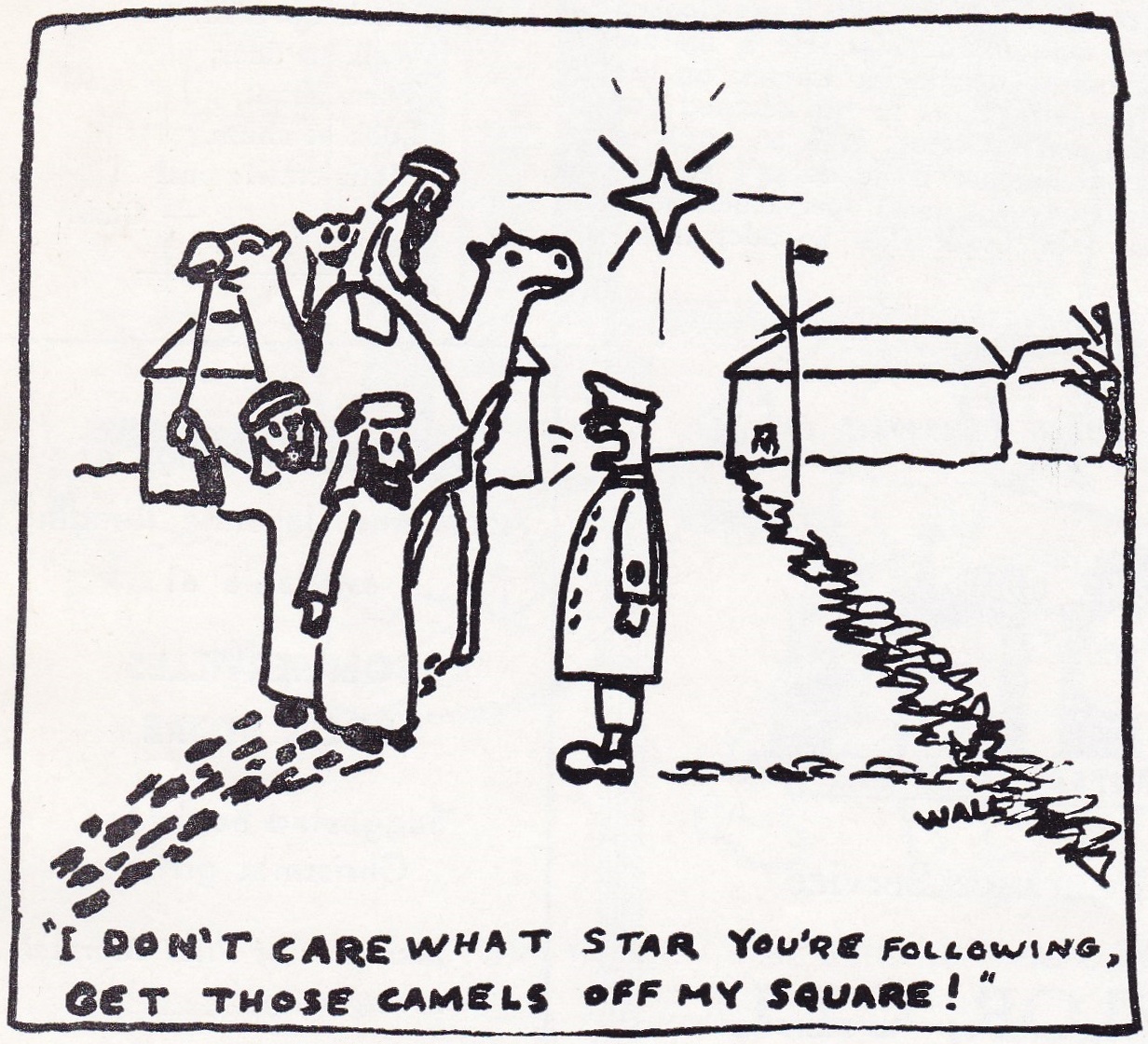 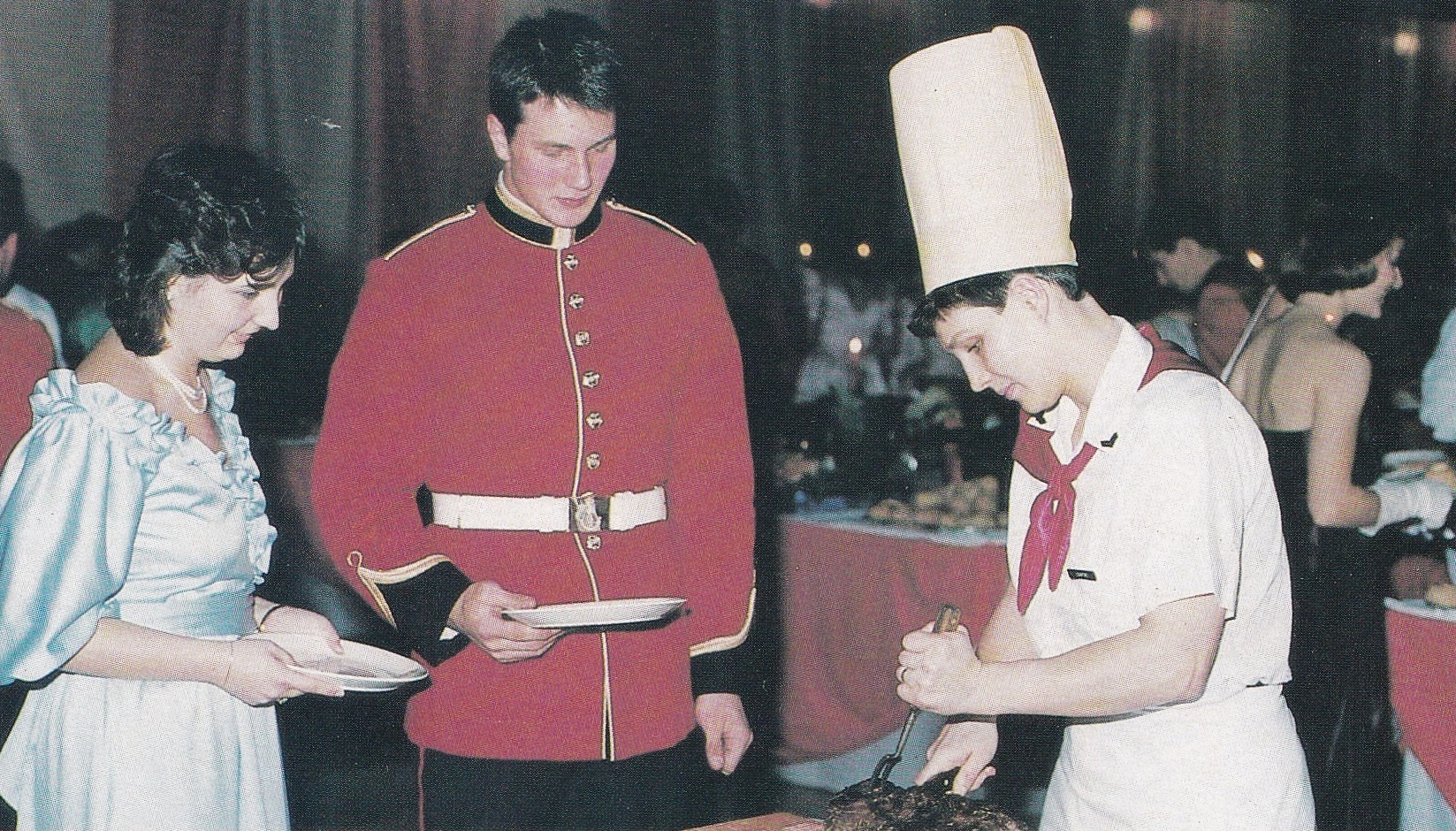 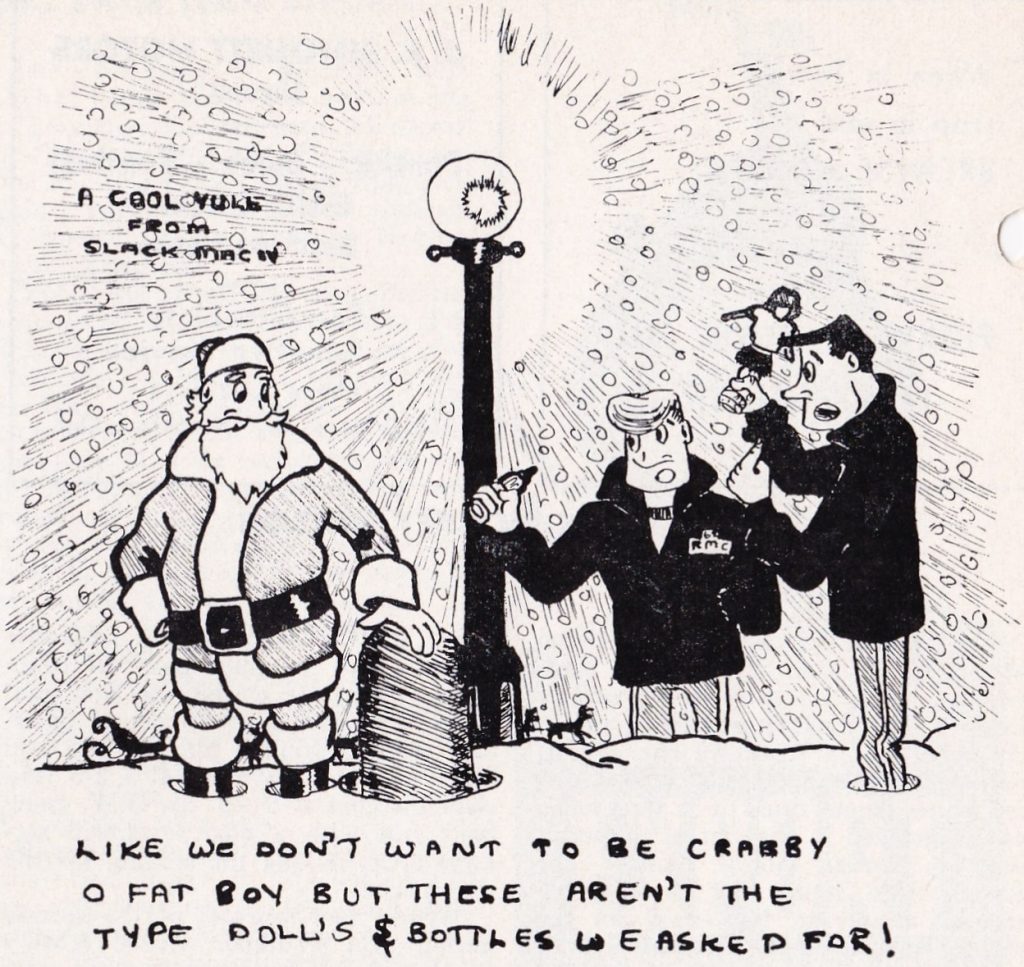 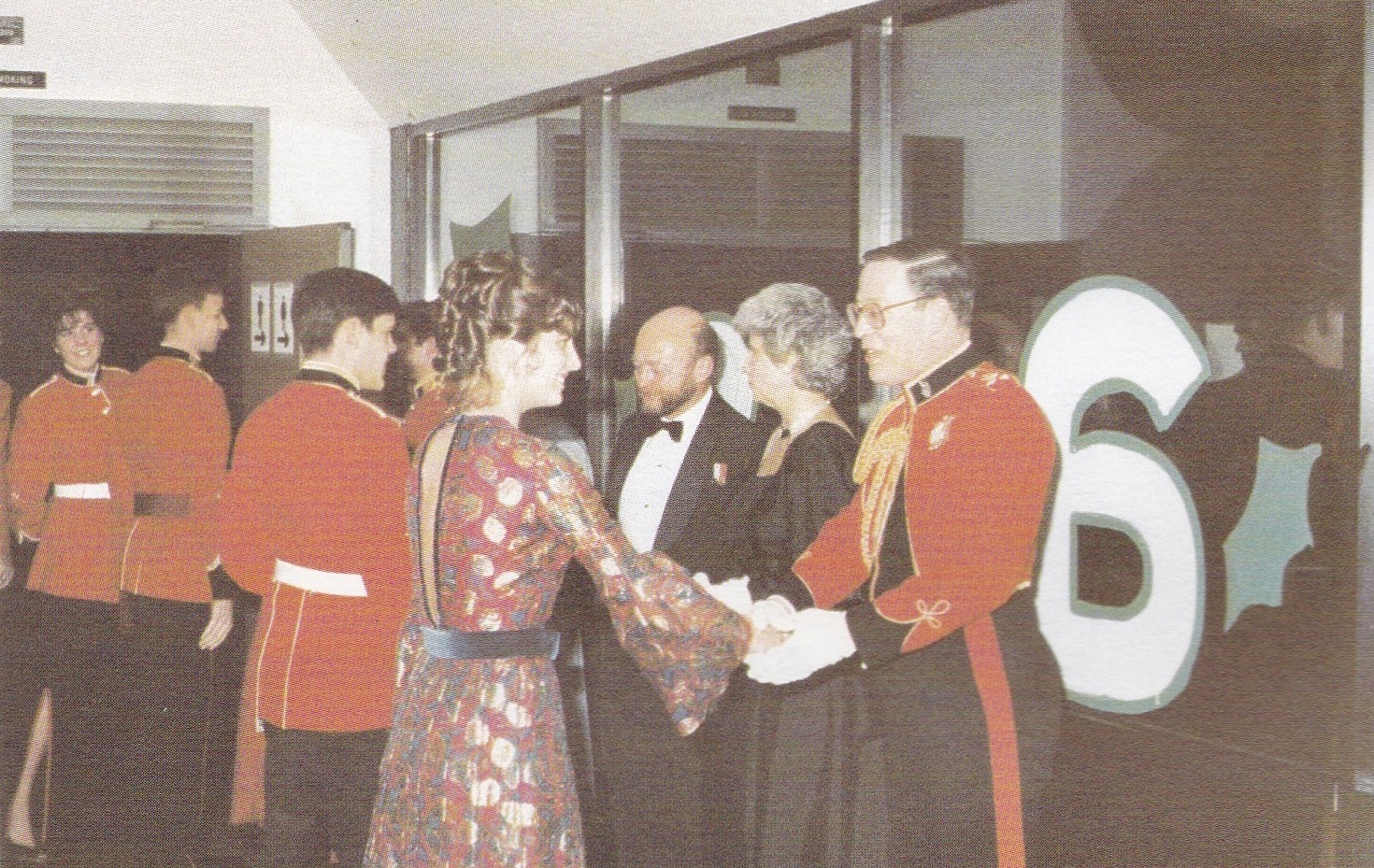 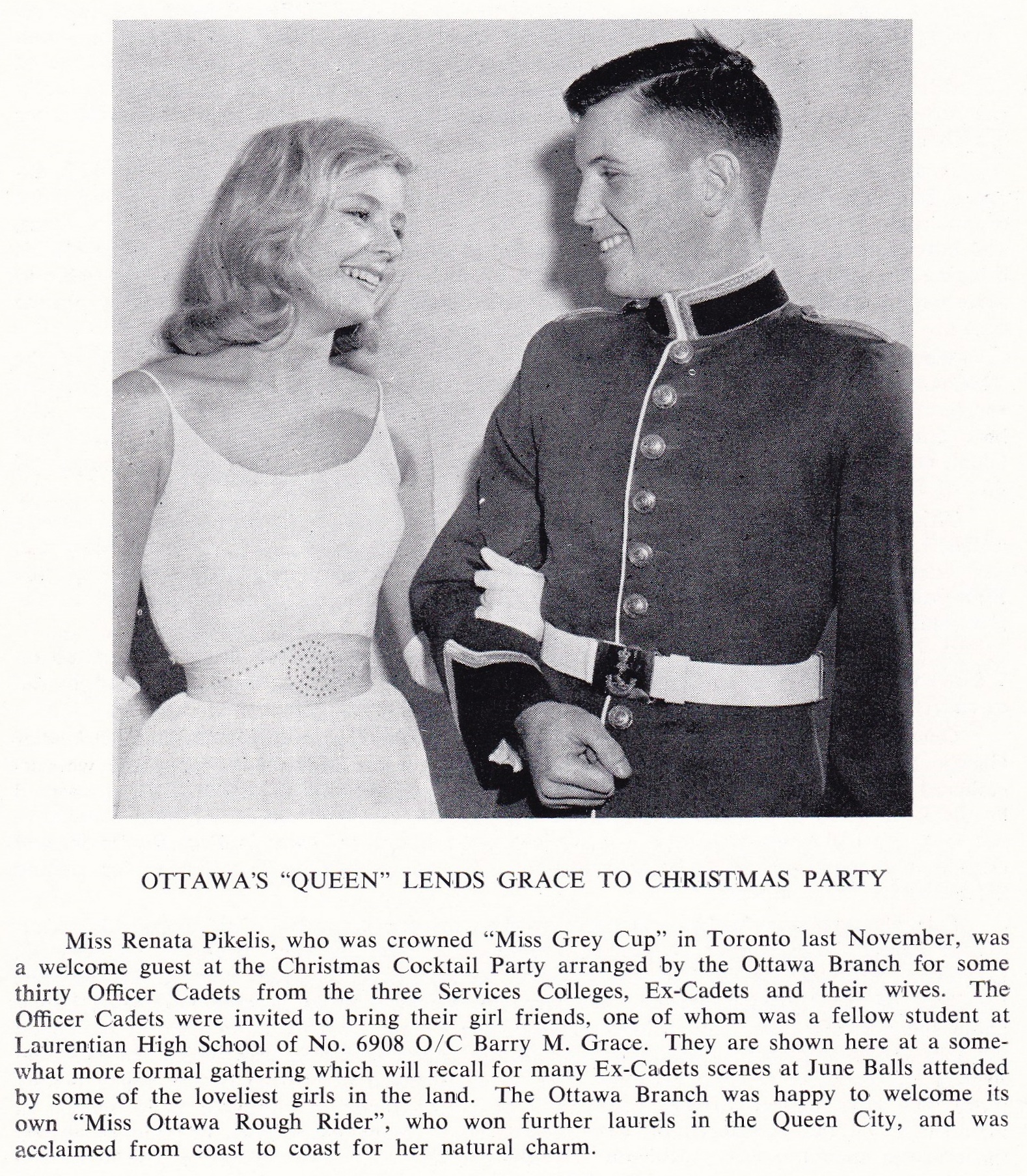 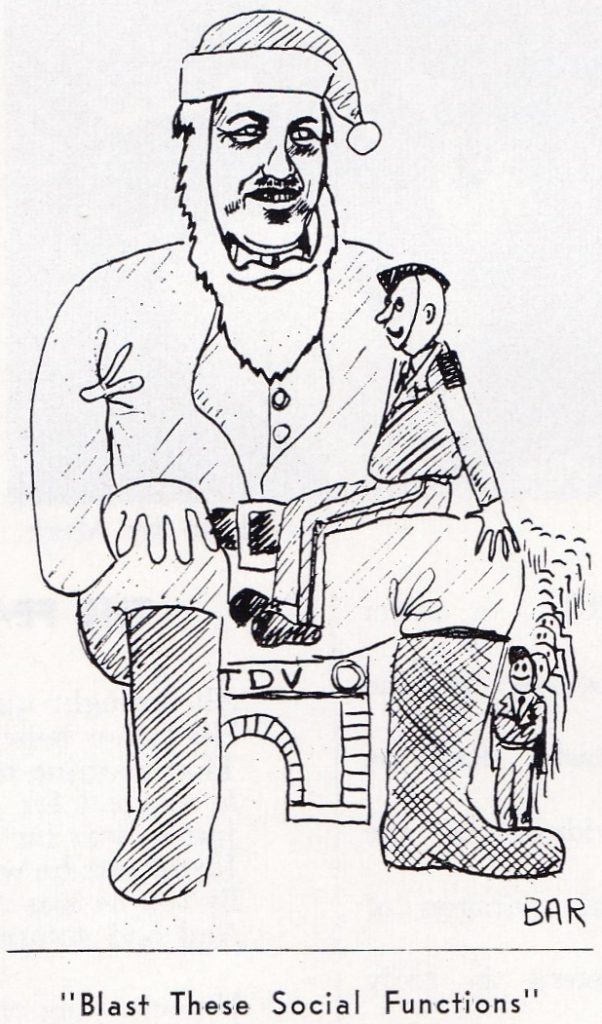 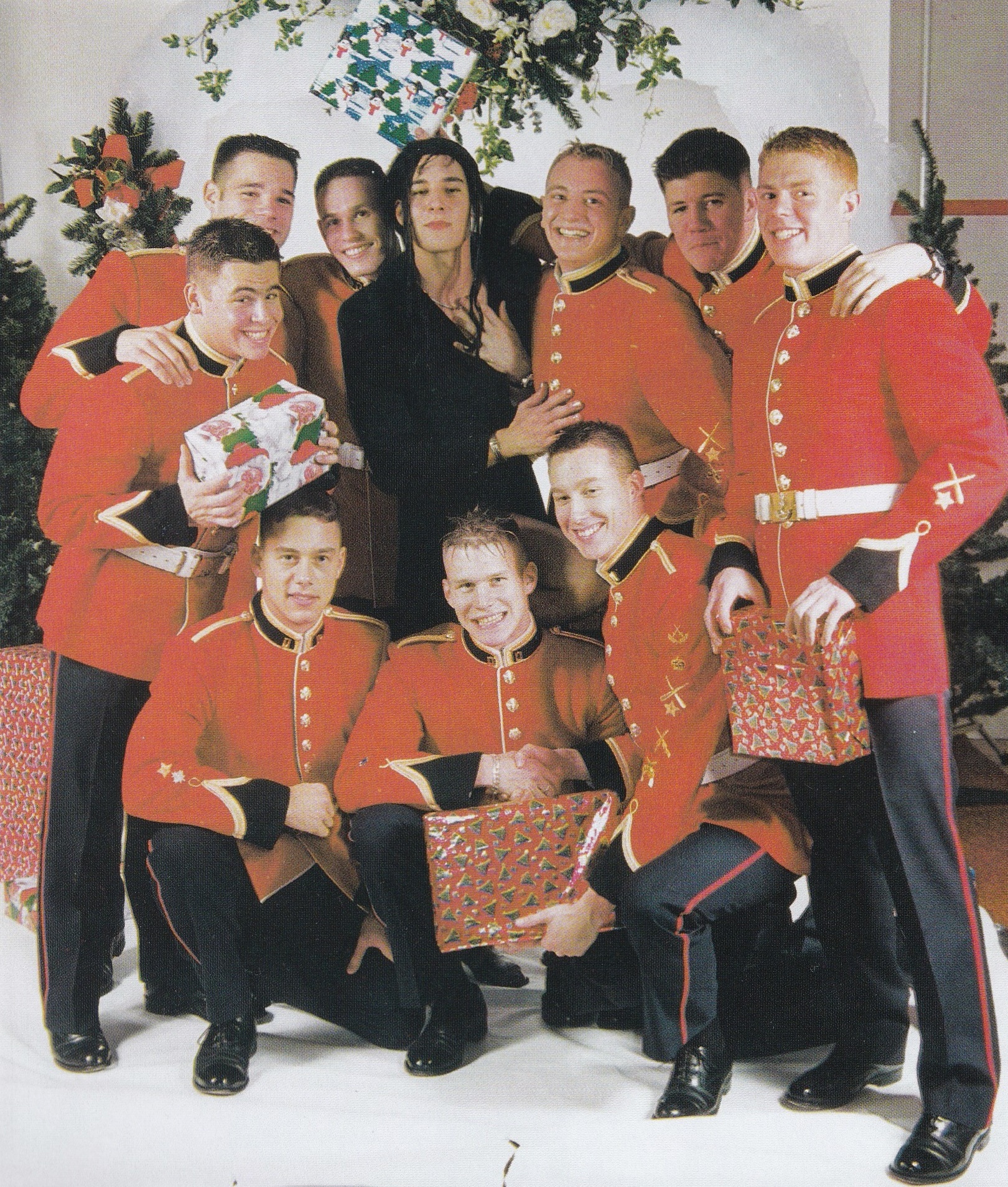 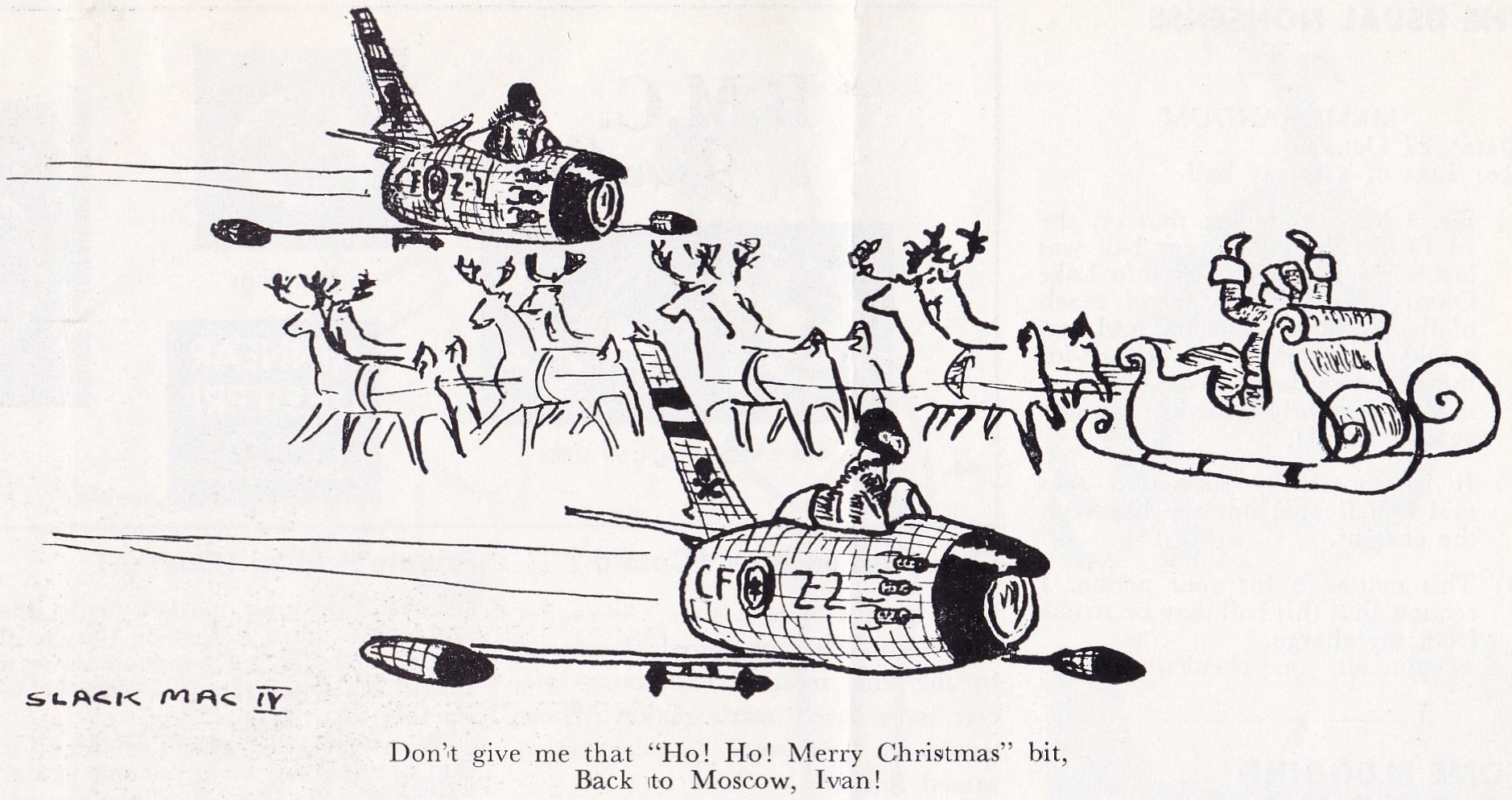 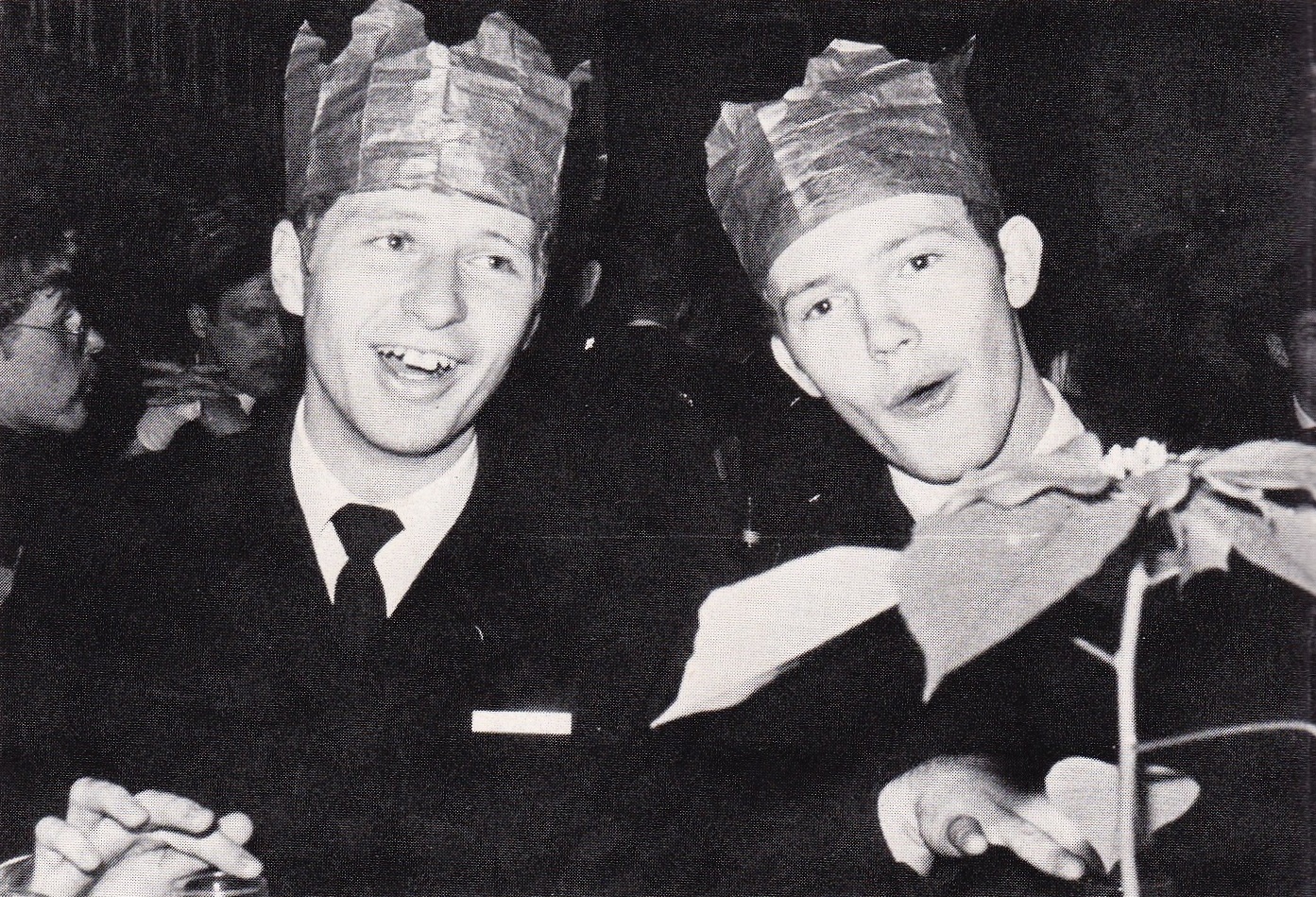 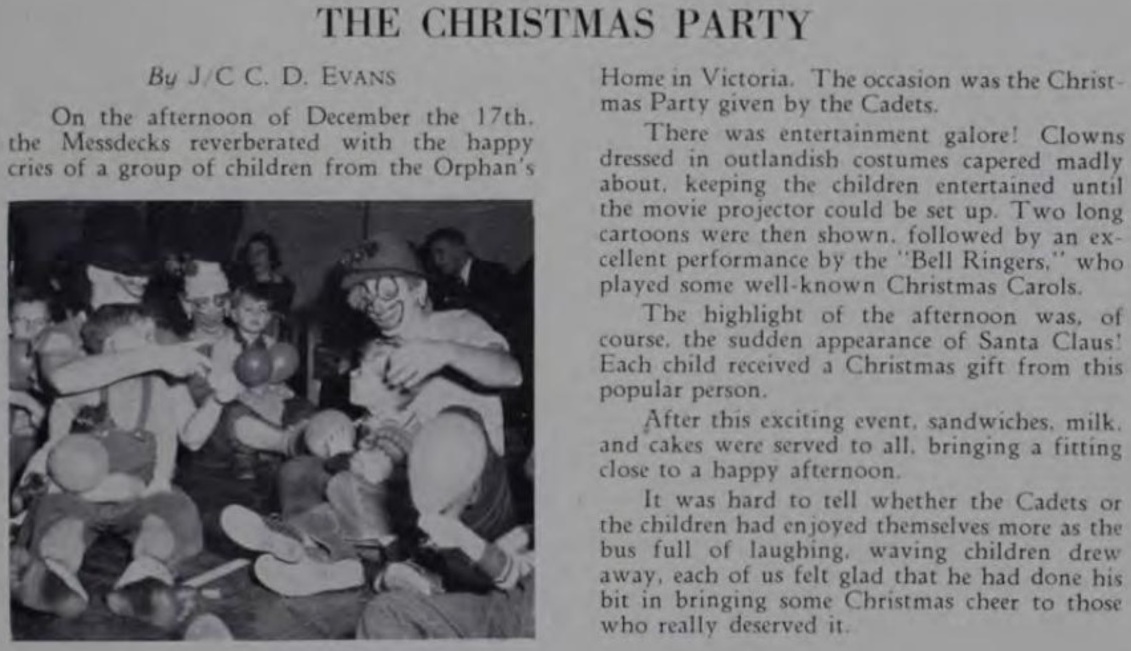 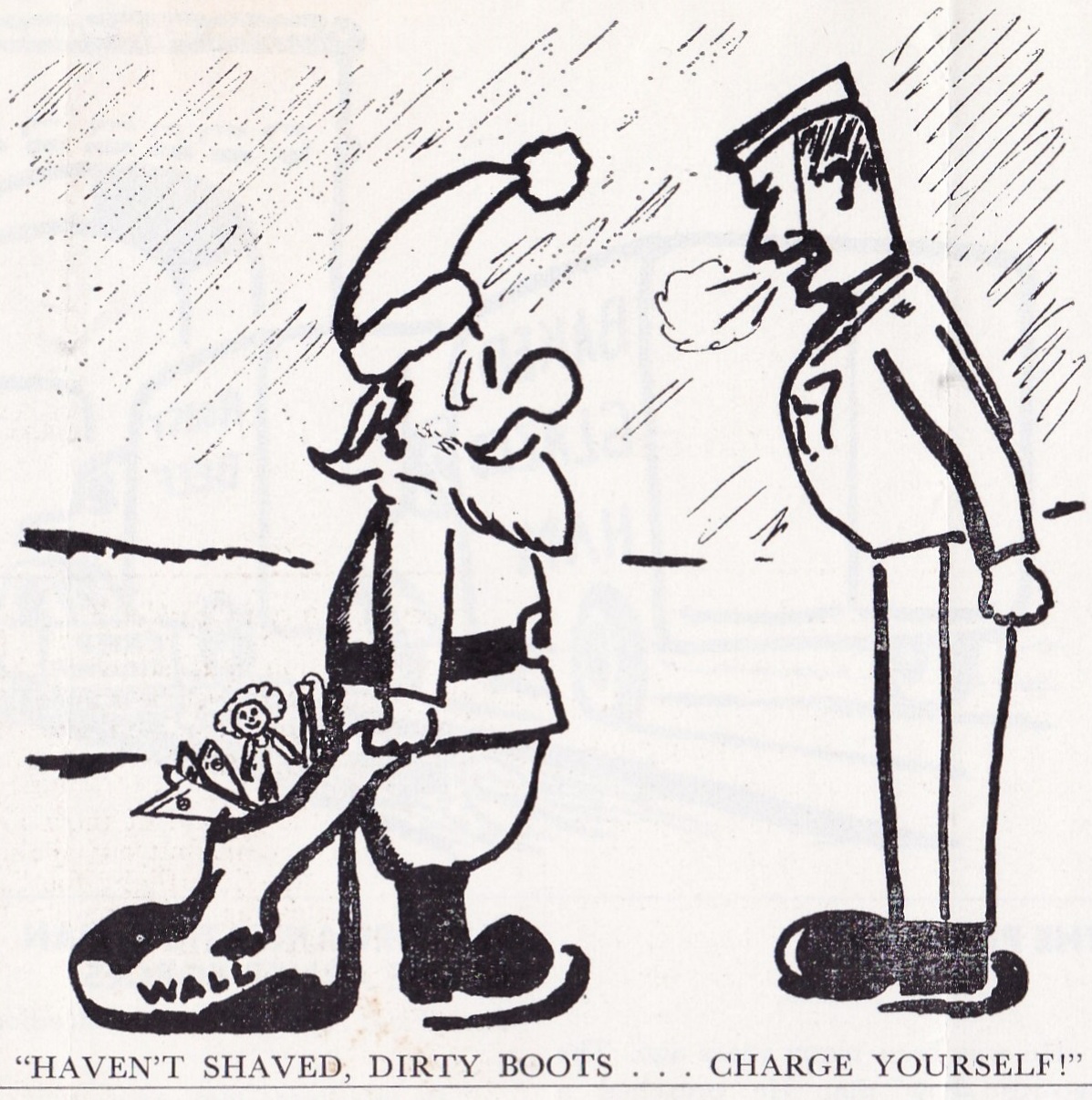 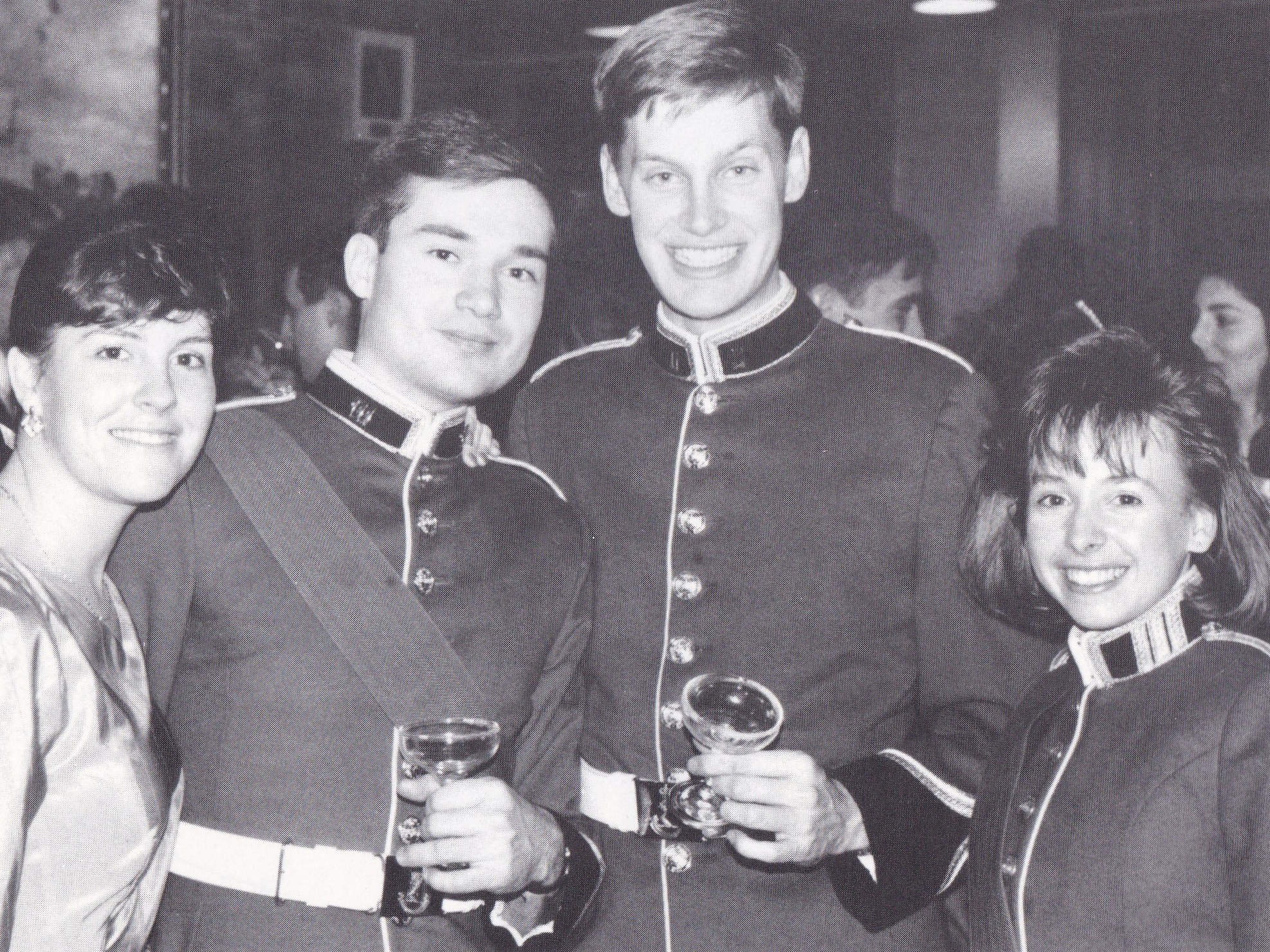 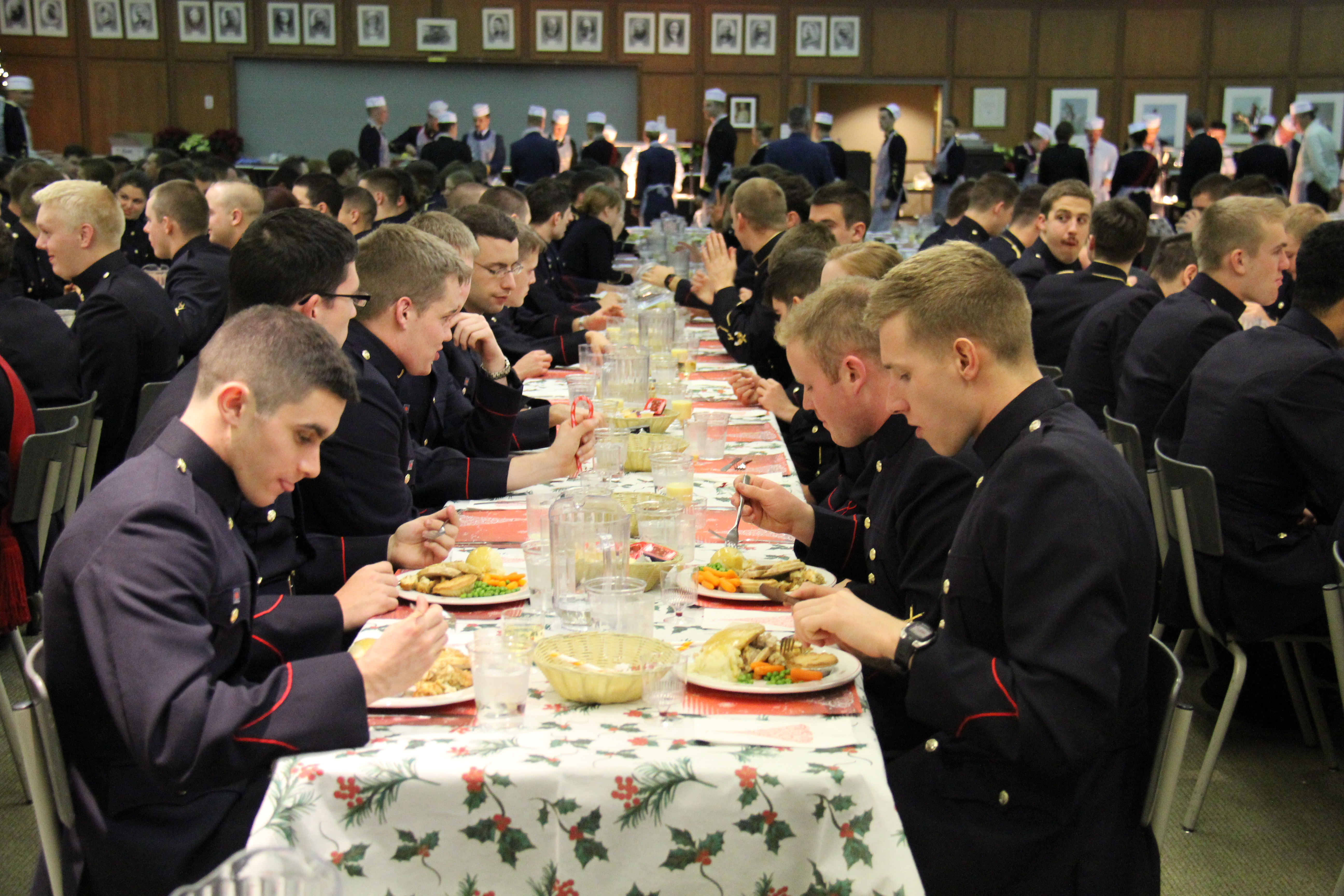 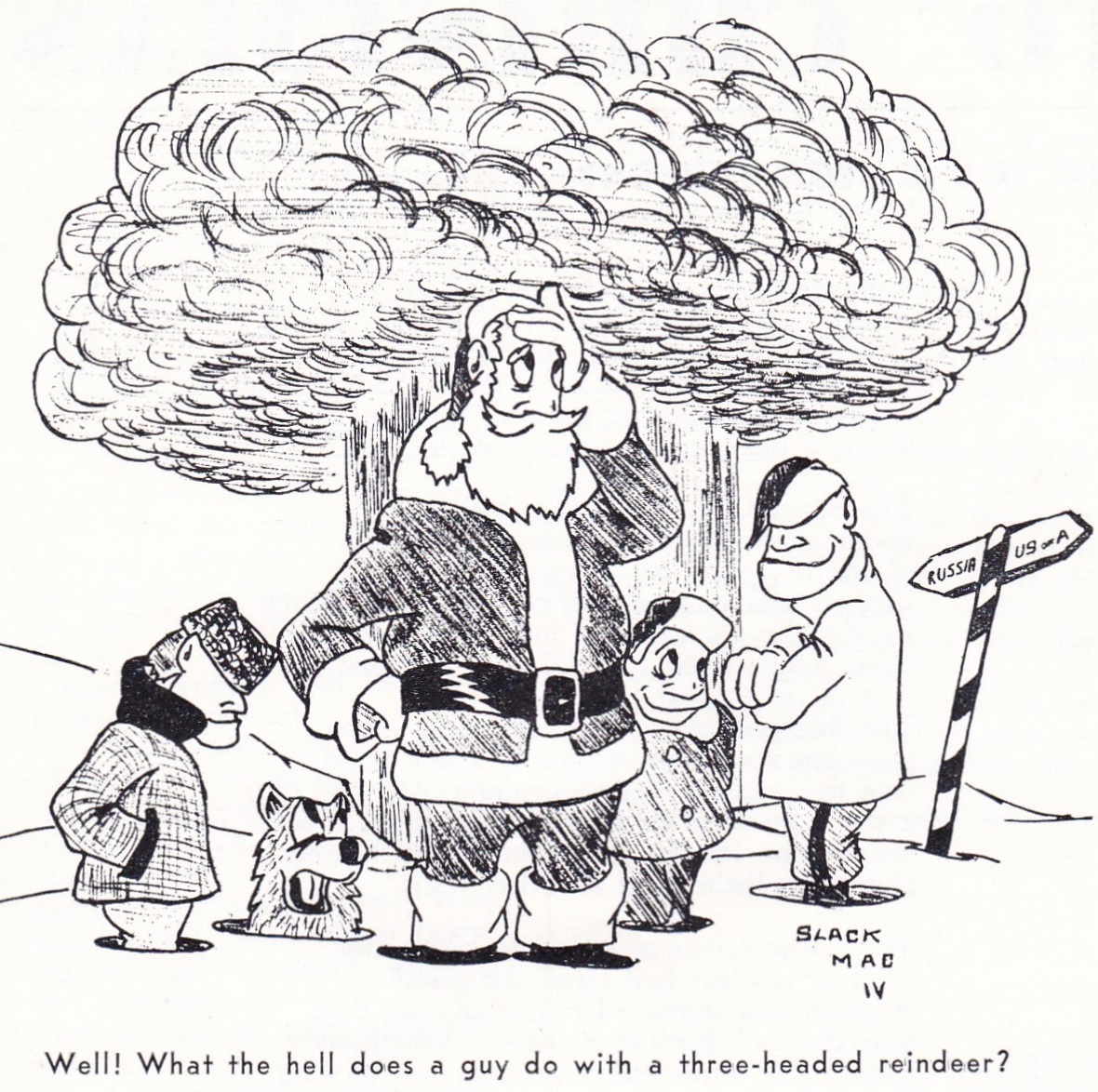 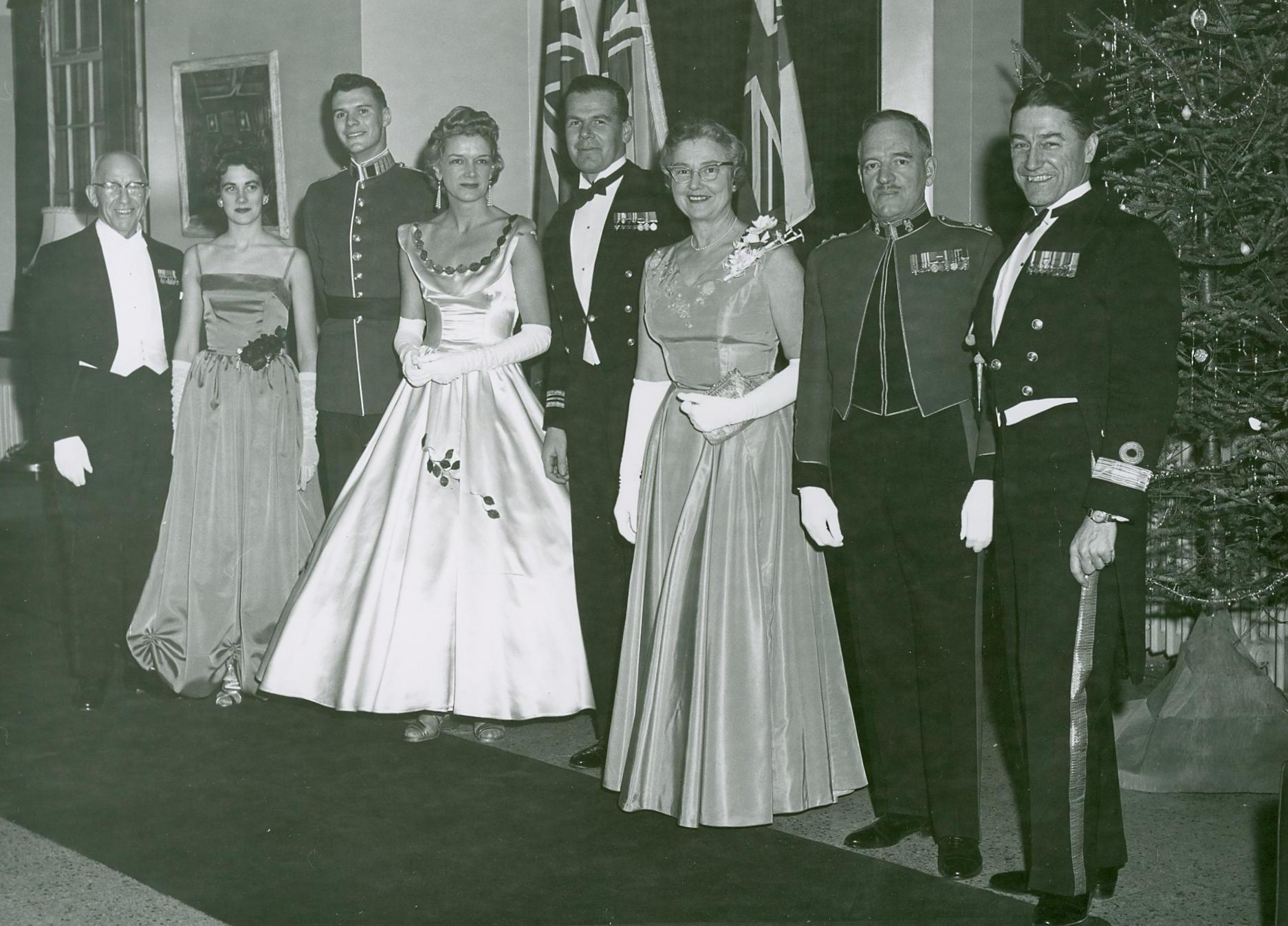