H6604 Jim Carruthers generous above & beyond

Thanks to another generous donation from Capt(N) (Ret’d) Jim Carruthers to the RMC Foundation, the RMC rowing club will be hitting the water in some new equipment next season. Three brand new boats were unveiled at a boat christening on Sunday afternoon.

Jim’s most recent donation supplied new boats, which have been named in honour of his daughters: Sharon Carruthers, Kerry Carruthers, and the late Kim Carruthers. The Sharon is an 8-person boat, while the Kerry is a 4-person built for sweeping or sculling, and the Kim is for single sculls. Sharon and Kerry were on hand to christen the boats that carry their names, while Jim’s grandchildren christened the Kim.

“I see there is boat named after Jim from a donation made a few years ago, and now we have the whole family here,” said BGen Sebastien Bouchard, who thanked Jim on behalf of the college. “And since I’m always recruiting, hopefully one of Jim’s grandsons or granddaughter will one day come to RMC and row in one of these boats.”

In addition to the means for now four boats, Jim’s prior donations to the RMC Foundation have also included the money for the rowing club boat trailer.

“We are very thankful to the Carruthers family for their massive support,” said OCdt Drew Spinney, outgoing RMC rowing club president. “It has allowed us to compete at the highest level.”

For his continued generosity, Rec and IM Manager Elizabeth Gibson and Recreation Coordinator Samantha Linton presented Jim with a plaque on behalf of the RMC Athletic Department.

Thank you to Jim and the entire Carruthers family for their generosity to RMC, and thank you to the RMC Foundation for the work they do to support the OCdts.

Battle of the Atlantic Gala Dinner

On Thursday 3 May 29 RMC Naval Cadets were provided with the opportunity to attend the BOA GALA held at the Canadian War Museum in Ottawa. The GALA commemorates the Battle of the Atlantic, a WWII naval battle that lasted from September of 1939 to May of 1945.

The longest and arguably most strategic battle of WWII the Battle of the Atlantic saw Allied convoys in a desperate struggle against German U-boats in an attempt to keep Allied supply lines open.  Throughout the Battle, 24 Canadian warships were lost with over 2000 sailors, as well as over 70 Canadian merchant vessels with over 1600 merchant mariners.  In addition, 752 RCAF airmen were lost.

The BOA GALA is an opportunity to honour those who served in the RCN during the Battle of the Atlantic, as well as those who served during the Korean War.  This year, each RMC Naval Cadet was assigned a veteran from one of these two wars to escort for the evening.  We had the opportunity to hear their stories, as well as give back to them in some small way.  During the dinner, we presented these veterans with specially cast coins as a way to show our appreciation for their sacrifice.

Going to this GALA was a great experience for us all.  We were able to meet and speak with many Canadian veterans, as well as with other RCN officers of all ranks.  These encounters let us learn not only about our history, but also what we might be doing in the coming years.  It was an enriching experience from which we all benefitted greatly. We’d like to thank the Naval Association of Canada for hosting the event and accommodating us, as well as H6604 Jim Carruthers for sponsoring our attendance.

H6604 Jim Carruthers, through the RMC Foundation, also generously supports RMC Naval Cadets representation at the Naval Association of Canada Conference and Dinner, presentation of the Carruthers Naval Operations and Technical Officer swords, and by providing funding for equipment purchases for the RMC Rowing Club. 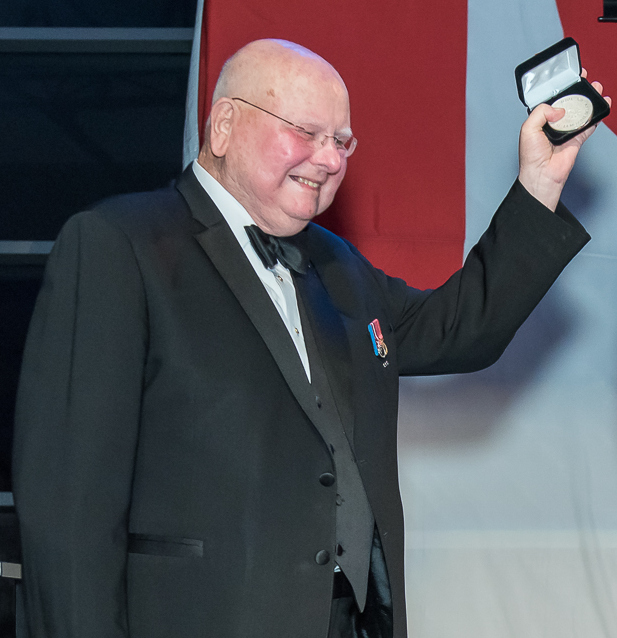 Battle of the Atlantic Gala Dinner

Ed note: As reported in e-Veritas, Issue 18, at this same dinner, Jim Carruthers was presented with the Admiral’s Medal.

More great photos from the BoA Dinner in Ottawa 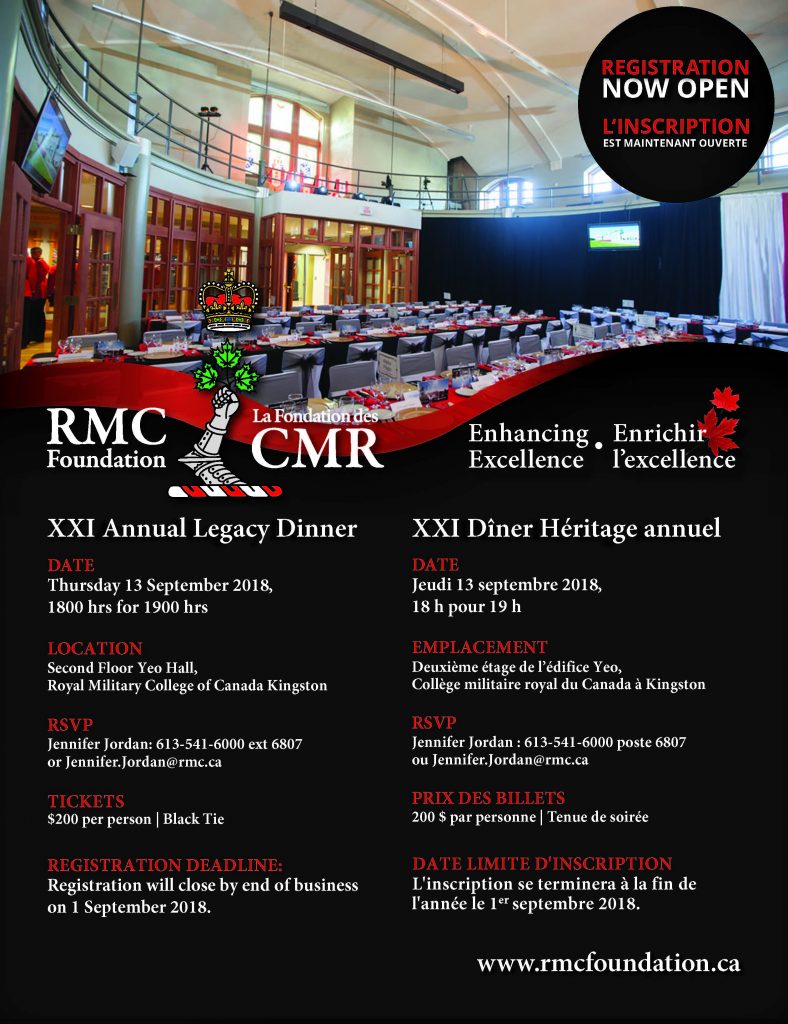 Top 5: Movin' out day, just around the corner!

Liam Chambers: Another slant on leadership