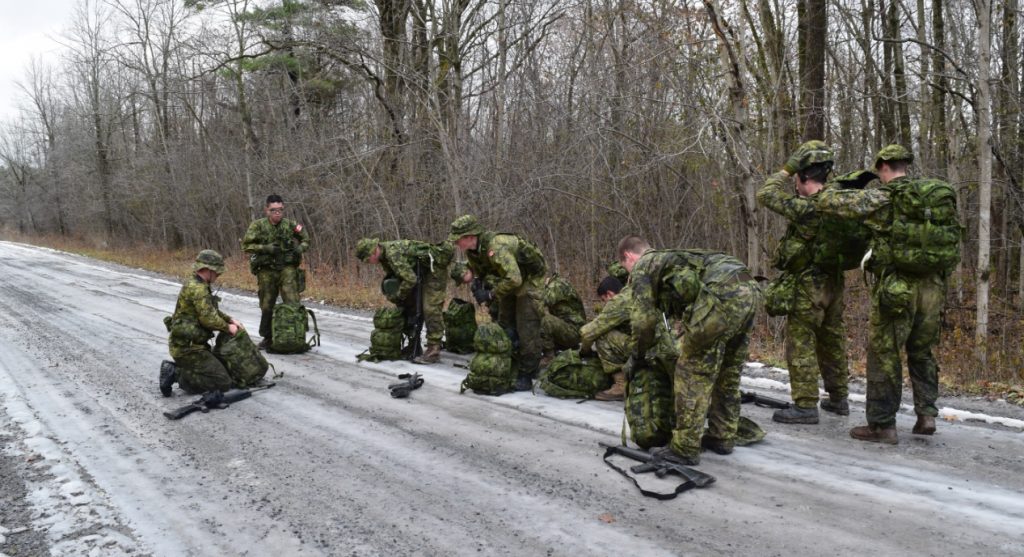 On Saturday, November 24, military skills teams from RMC and CMR St. Jean pitted their best Cadets against each other in a 25 km ruck march with obstacles and various challenges along the way and all done in and around RMC. 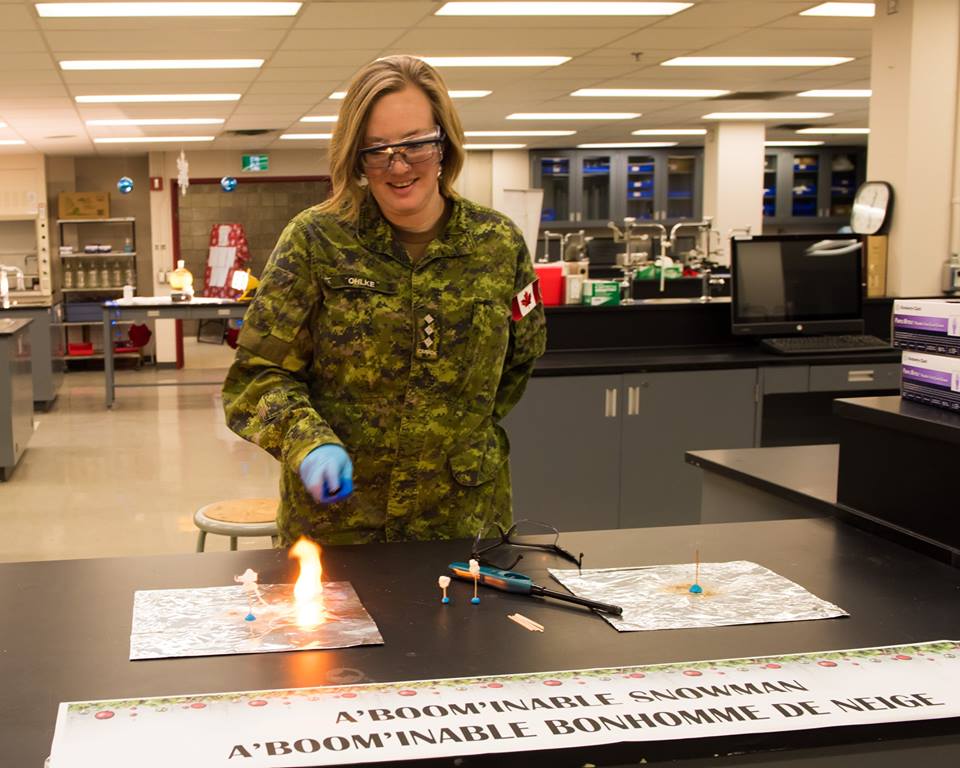 On the afternoon of Thursday, November 29, the RMC Chemistry and Chemical Engineering department held its second annual Holiday Extravaganza. Presented by the students, faculty, administrative and technical staff of the department, the event consisted of a tour of the nuclear reactor facility, a bake sale, and a variety of demonstrations that illustrated the fun ways in which chemistry can be used! 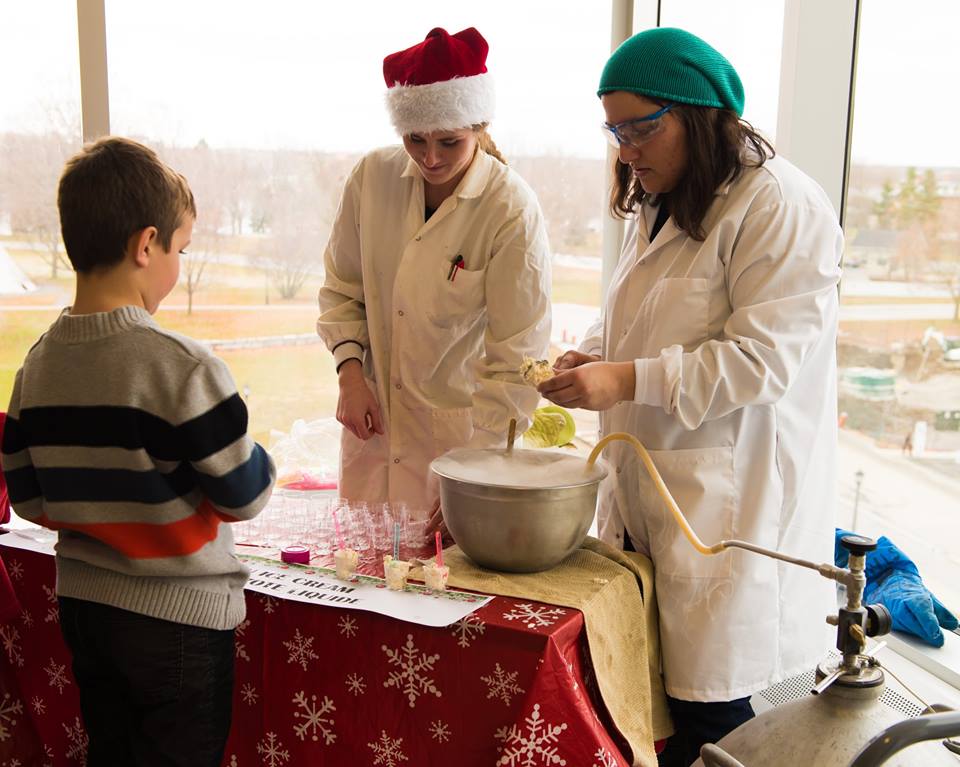 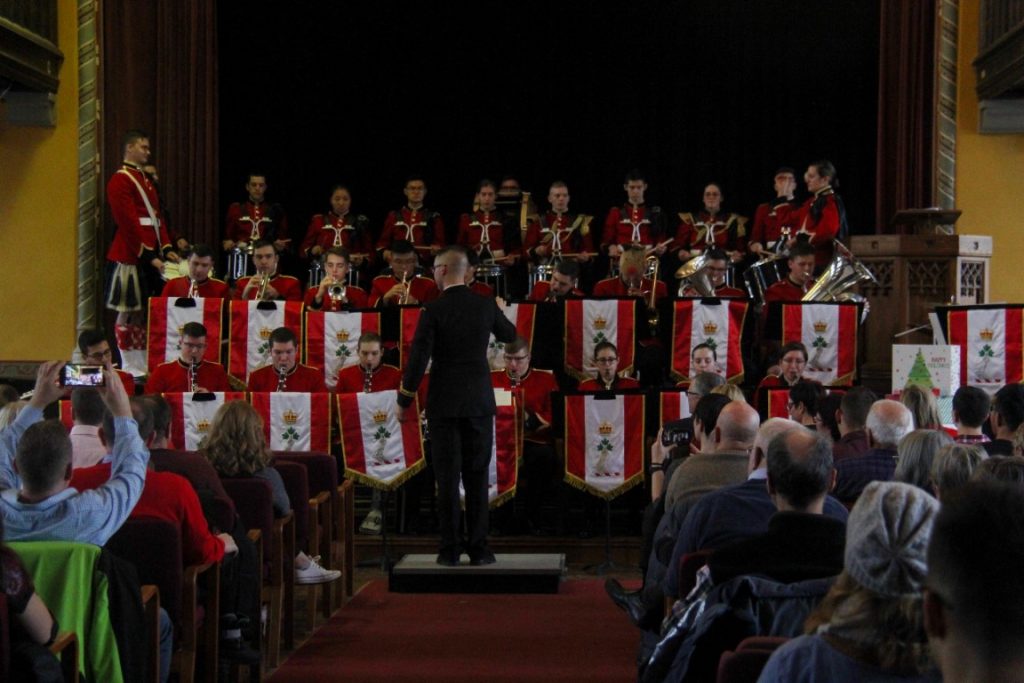 There may not have been much snow on the ground (yet) but the RMC Christmas Concert was the perfect start to the season for the College and the community at large. Held this year in a packed Currie Hall, it did not disappoint.

The audience was treated to a wide variety of seasonal music from all elements of the RMC Band, including the Brass & Reed, Drum Corps, Pipe Corps, Choir, and Highland Dance Corps. Christmas classics like “O Come, O Come Emmanuel” and “We Three Kings” were mixed in with others like “The Sword Dance” and “Scotland the Brave,” along with a very upbeat rock version of “Carol of the Bells.”

Commandant of RMC, BGen Sebastien Bouchard, summed it up well when he told those present, “This day is more than just a great concert. It’s a sign of commitment. When we recruit for RMC, we don’t recruit pipers. We don’t recruit drummers. We recruit Officer Cadets that are going to be Officers in the Canadian Forces. And when you see the Band or the Piper at our ceremonial events, it’s easy to take it for granted that it’s just normal. Well, they’re not professionals. They are as good as they are because they are up every morning early to practice and they put in the time and the effort.” To the Cadets, he said, “I am so proud of you all!”

It may have been cold outside but it was warm inside as we enjoyed the offerings of the RMC Band. Plenty of Christmas goodies, tea/coffee, and hot chocolate didn’t hurt, either! It should be mentioned that the Concert & goodies were sponsored by the RMC Unit Fund.

For more photos from the Christmas Concert, please click here. 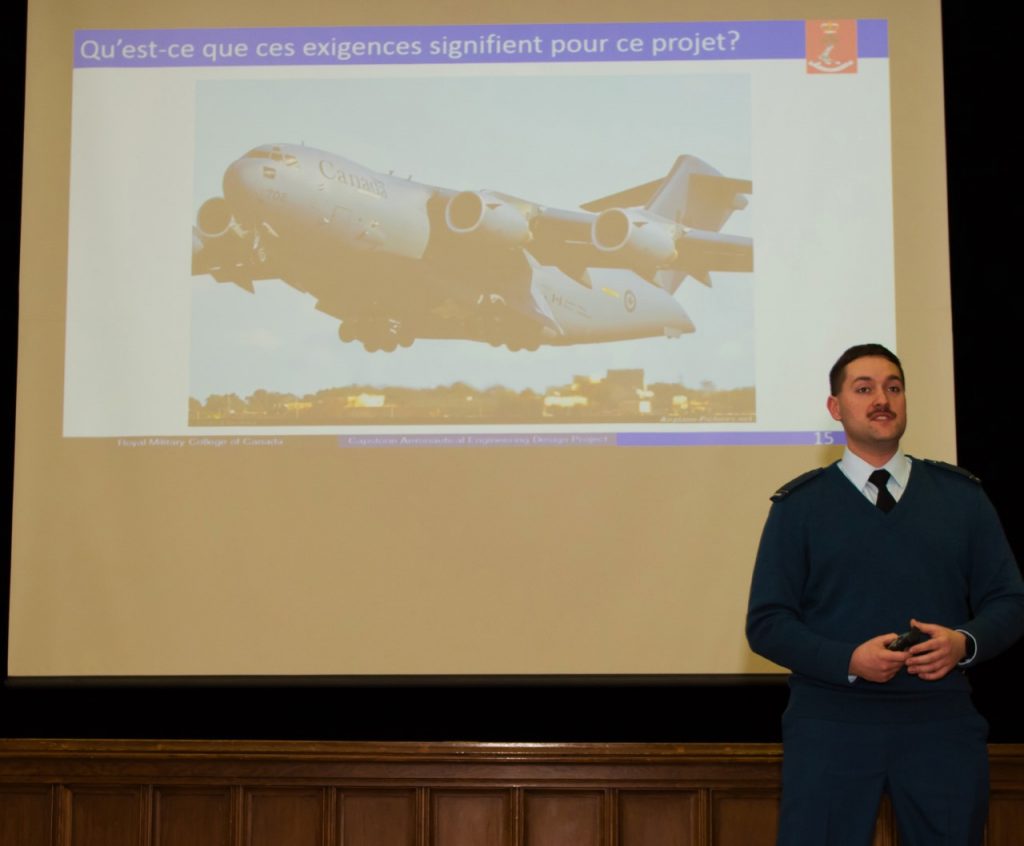 On Friday, November 30, RMC’s fourth year Aeronautical Engineering class presented the Conceptual Design Review of their capstone project. The students were tasked with developing a design for a large military cargo aircraft that they will present at the end of the winter semester. The goal of this presentation was to gather input from an audience that challenges the engineering team to consider potential changes to their design. In the audience were Canadian aircraft industry experts, engineering professors, experienced members of the Royal Canadian Air Force, and peers of the students. 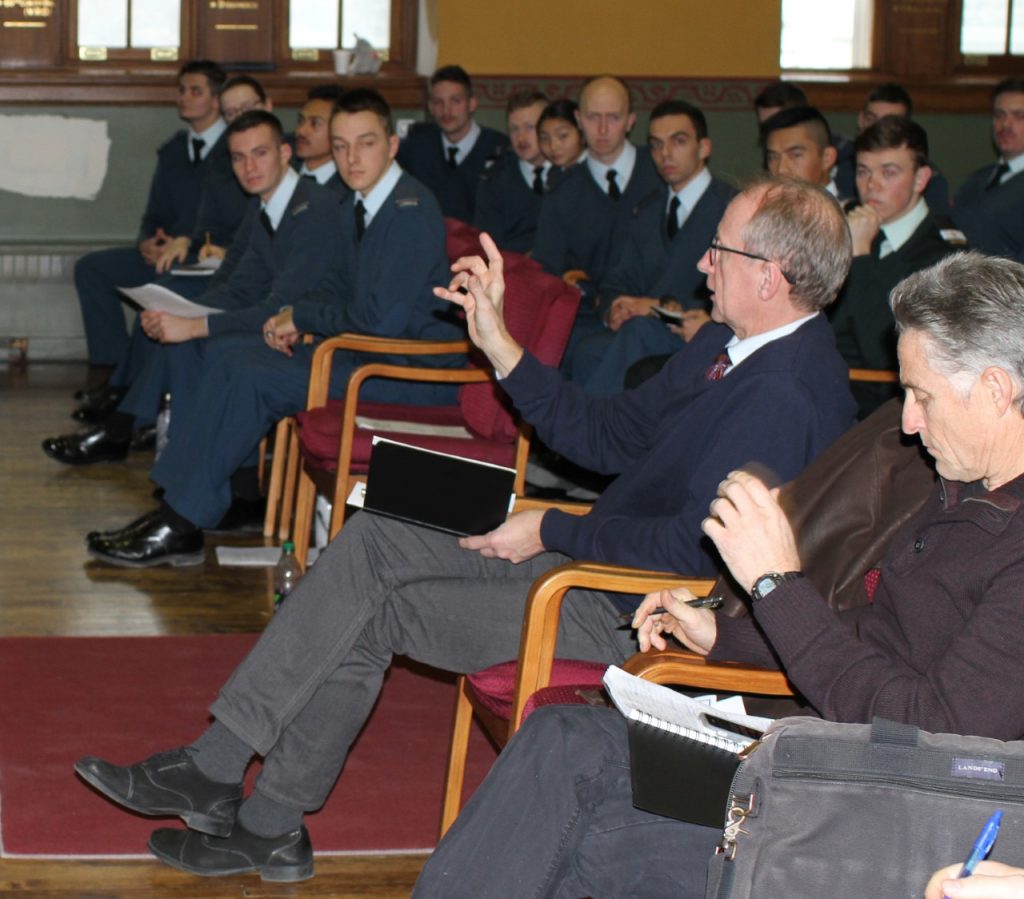 The Aeronautical Engineering capstone project is unique within the RMC programs. It requires the students to organize themselves and to work together to complete one project together. Usually students will work alone or with a peer for their thesis; however, for this team of future engineers, their leadership and teamwork skills are put to the test now. 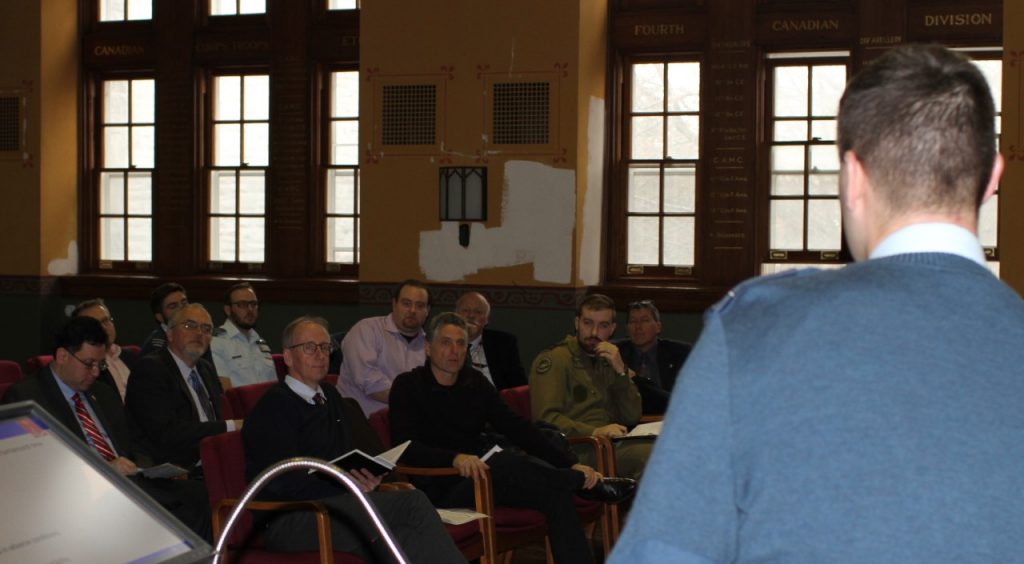 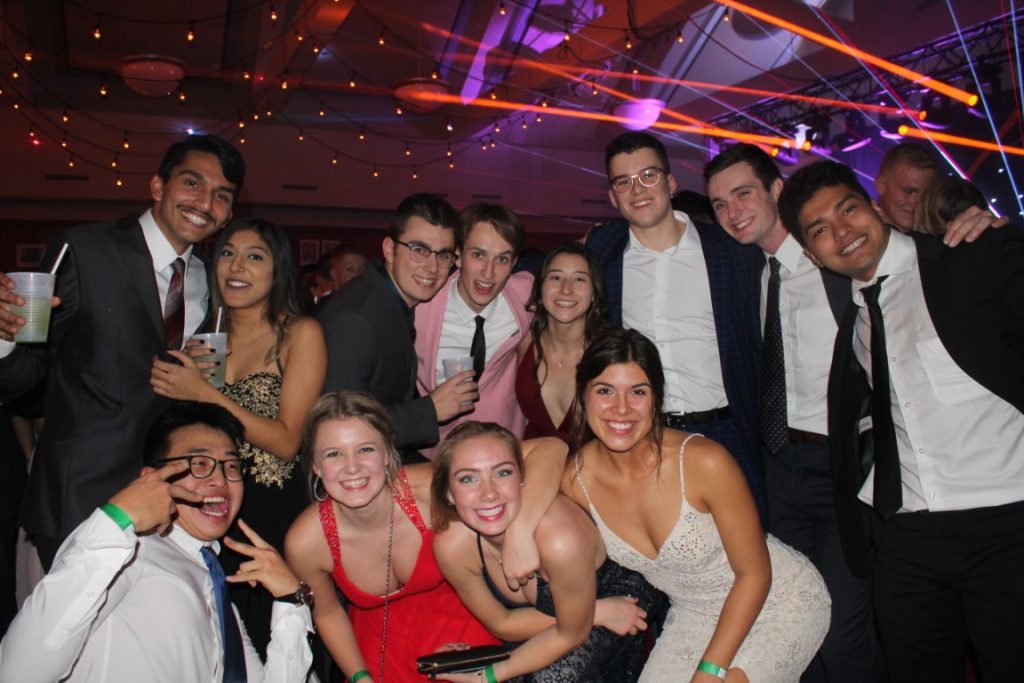 This past Saturday (December 1st), the Royal Military College of Canada held its annual Winter Ball. Cadets and their dates, members of the Training Wing, and a handful of College staff came together to enjoy one of the larger milestones of the year. For many, it was a time to wind down, destress, and take a step back from the busy end-of-semester exam period.

The Ball was carried out a little different than previous years. Traditionally, it took place in the Field House at the Kingston Military Community Sports Centre. Cadets would dress up in scarlets, attend a meal, then dance the night away. However, this year the Ball took place in the upstairs portion of Yeo Hall.

The New Gym, Formal Mess, and Snake Pit were combined to create the holiday-themed environment. As well, Cadets wore civilian suits and clothing instead of scarlets. But no one let this ruin the night and the Ball carried the same energy it has for years. The music was loud, the lights were dim, and everyone was dancing like they were the only one in the room.

For me, this was a brand new experience. Coming from CMR Saint-Jean, I had never been to an RMC Winter Ball. While it had its differences, there were a lot of things that were the same. It was nice to get together with friends that I’ve kept from CMRSJ, as well as the new ones I’ve made in Kingston. Being able to mingle with members from the Training Wing and not worry about the up-tight formalities of a military environment really had a positive impact on everyone at the Ball.

Overall, the experience was one to remember…. And I know people are already looking forward to next year’s.

More photos from the Ball will be added as they become available. Keep checking back here.

Professional Development for the Week 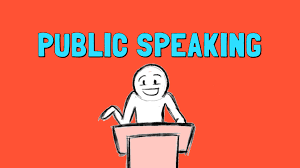 The PD of November 28th was two hours of PowerPoint presentations for the Second Years. Each Second Year Cadet gave an eight to ten-minute presentation on a topic of their choosing. The presentations where overseen by the senior NCO of each perspective squadron. The propose of this PD was to begin to teach the art of giving a presentation to a group of personnel. This PD was enjoyable, informative, and successful in its goal. 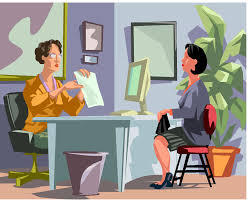 Learning interview techniques is one thing, but in order to confirm that these skills have been understood, it is necessary to put them into practice. This week RMC’s Third Year Cadets put into practice what they learned during the previous week’s PD session on interview and counseling techniques. The exercise comprised of having each Cadet interview another as if they were getting to know one of their subordinates. Then, the interviewer was questioned on important information that they should know about their subordinate. It was apparent from these questions that it is important for junior officers to know any reason why the subordinate would not be able to perform a duty. Examples of this include, a young family at home that would prevent the subordinate from deploying, or a lasting injury that requires regular physiotherapy. In all, this was a helpful exercise because it highlighted the extent to which junior officers need to know and understand the personal lives of their subordinates, especially when they have such a great influence on decisions that impact every aspect of their lives.