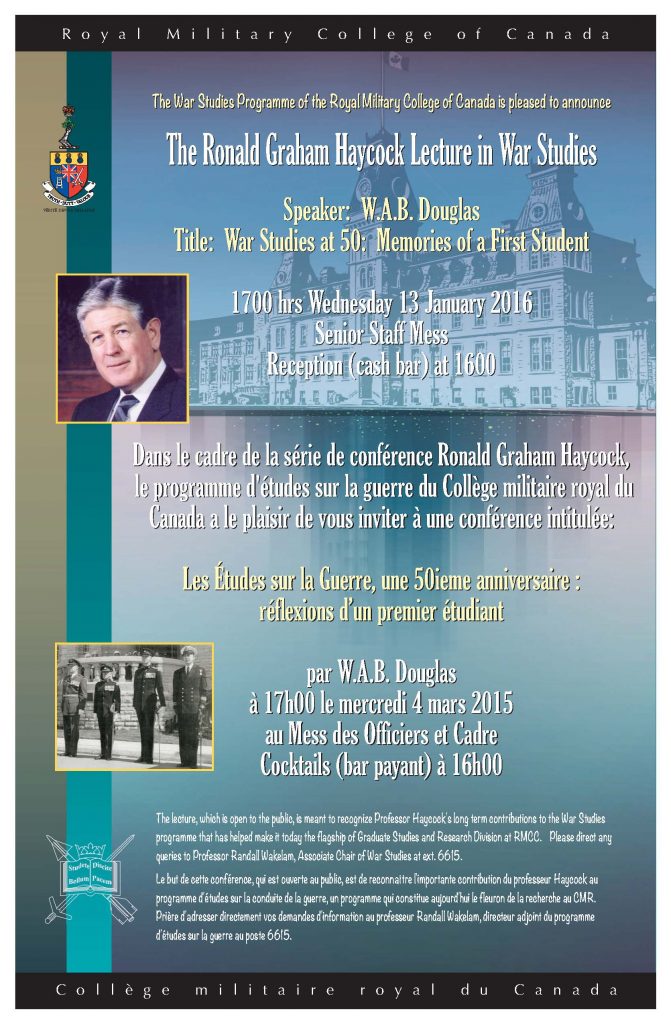 Over the years the program has produced more than 650 MAs and more than 25 PhDs. War Studies graduates have gone on to hold faculty positions, particularly at RMC and CFC, but also at other Canadian universities such as Ottawa and Manitoba, as well as at National Defense University in DC.

Probably more impressive to the audience will be the fact that War Studies graduates have also gone on to hold senior command positions in the CAF. Notable graduates include MGens Tremblay and Gosselin, LGen Leslie and Gen Vance.