Hillary Griffis’ fictional skylark series – One: What happens When the Memorial Arch and a Sail Boat Meet Up? 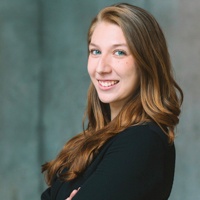 The orange safety vests were easy to get their hands one. Squadrons use them for morning PT sessions, mostly for the first years, but squadron runs happen every once in a while too. Now that the sun is rising later, the vests are actually just hanging around in squadron lines. Second-year slashers Arron Black and Micheal Quest have them on top of their shoe racks outside their room.  They’ve been tasked with all the running around that comes with having the orange safety vests in the squadron. As a squadron, one squadron finds themselves very close friends since they are so far away from all the other squadrons all the way out in the stone frigate. Tonight though, they’re venturing out to the Memorial Arch instead of staying in squadron lines.

The eager first years pull along the sail boat. The boat is a Flying Tiger 7.5 meter keelboat, classic white painted with navy blue writing that says Hudson Squadron. Second-year Angela Manny steers the boat and the first years from the front with one hand on the sailboat and the other hand reaching into the boat every few seconds to grab another Dorito from the bag she has stashed in the bow of the sailboat. She’s been awake since 0500 hours and instead of taking a nap before the skylark like most of the others, she just studied for her upcoming physics mid-term.

Everything is almost in place for the skylark at 0124 hours, third-year Chris Flute was wearing one of the orange vests and detouring cars around their operation tonight. He worked as a construction traffic controller the summer after high school and he felt the most comfortable doing this task out of everyone else here tonight. He directed three cars around the truck and crane parked on the road in front of the Memorial Arch currently hoisting up the sail boat onto the top of the Arch.

The straps are taken off the bow and aft end of the sailboat. The mast and the sails are not put up so that the boat doesn’t catch the wind and sail off the Arch. Twenty-one cadets from one squadron look up at their handy work. A sailboat on top of the Arch. The sight was overwhelming and filled them with pride. Then, all at once, eleven seagulls flew into in the front end of the sailboat and start fighting over something. Second-year Manny realizes just then, a little too late, that she’s left her Doritos bag in the boat. The seagulls make the boat unbalanced and it sways. They squawk as the boat tips and the cadets gasp. Some cover their mouths, some cover their eyes, and some turn away completely…