“Every once and a while the Navy gives us little rewards” 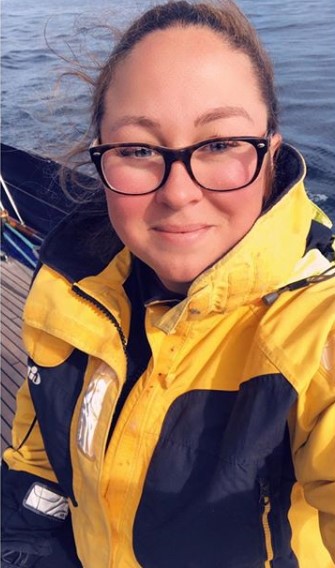 If you’ve been following the news lately you’re probably aware that HMCS ORIOLE just wrapped up a Great Lakes Deployment. 25406 Jordan Hope (RMC 2012) joined the ship as Navigation Officer for the trip back to Halifax. She recently responded to a request for an interview “from the upper decks while on anchor watch off the coast of Anticosti Island in the St Lawrence.” As she went on, “I’m attach posted here because they asked for another Bridge Watch Keeperto augment them to sail back to Halifax from their Great Lakes Deployment (GLD).”

Hope is currently posted to HMCS FREDERICTON (right now in shore office) as the Communications and Information Systems Officer but she’s got around since graduating from RMC. As the Belleville, ON, native explained, “After I graduated, I went to NOTC Esquimalt for a couple years to do my NWO training. Once I finished that, I got posted to HMCS MONTREAL as a Bridge Watchkeeper Under Training (BWK U/T). After sailing with her for a summer preparing to sailing on a live missile firing exercise off the coast of Scotland, I got the opportunity to do Operation REGULUS in Ireland. Op REGULUS is an exchange the RCN does with other countries for junior officers. I went for 3 months and sailed on the LE JAMES joyce which is an offshore patrol vessel. It was such an amazing experience and I sailed with the most amazing crew. When I sailed back to Ireland last year I actually got to meet up with some friends from Op REGULUS. I got my Bridge Watchkeeping ticket from my Commanding Officer on the return trip from Ex FORMIDABLE SHEILD which took place off the coast of Europe. After some brief sailing to the States, I passed my Naval Officer Professional Qualification Board at Easter and got promoted to Lt(N). Right after that, I completed the CISO course and became the first female CISO on the East Coast.”

She credits RMC with getting her ready for such a demanding career. “RMC helped prepare me for the challenges I faced by teaching me to be determined and stick with it,” Hope said. “Sometimes it’s easy to want to quit or give up, but persevering is worth it and we eventually get rewarded for hard work. NWO training isn’t easy, but neither was RMC. Although I do wish I had paid more attention in my math classes!”

“I’m sure everyone says that they remember their friends the most, but it’s really true,” she went on. “I’m rarely posted to the same place as any of the friends I had at RMC, but I still keep in touch with a lot of them. Two of them (from 10 SQN) and I get together as much as possible and talk almost every day. The cool thing about RMC is that even if you weren’t there at the same time as someone else, it’s still a way to bond and become friends. I’ve sailed with so many people that went to the College either before or after me that I’ve become really good friends with.” 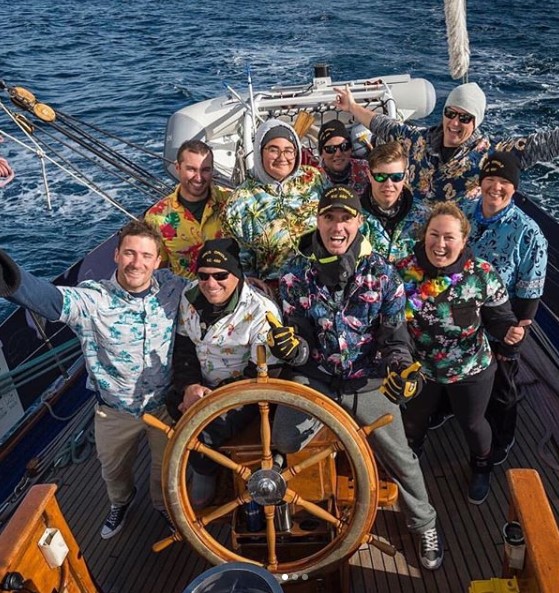 As for her time with HMCS Oriole, she wouldn’t trade that for anything. “This crew is really amazing and has made me reconsider some plans I had for the future. I’d love to come join her next year on her GLD and maybe even come back as Executive Officer (XO) after I finish my CISO tour on HMCS FREDERICTON. HMCS ORIOLE is the oldest commissioned ship in the RCN and is used now as a sail training vessel and for public outreach/recruiting. Sailing on a tall ship is very cool and a once in a lifetime experience. Being part of her crew has made me a better watchkeeper.”

“I like to think that every once and a while the Navy gives us little rewards for working long, hard hours and being away from home so much,” she said by way of closing. “Ireland was one of those experiences that came at a difficult time in my career. Oriole, I believe, is one, too.” 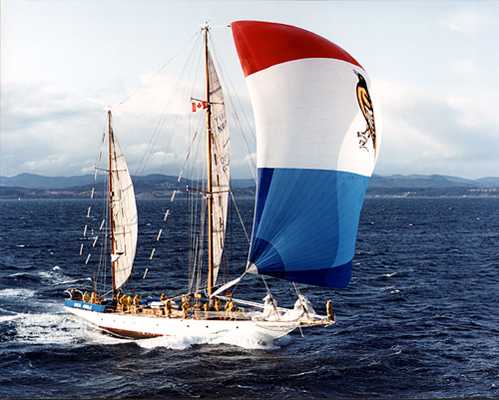 The Smith Twins at the Canadian Service Colleges