Currie Hall was the venue for an impressive Change of Command Ceremony this past friday, July 7th. In addition to the CoC there were a number of CD presentations. 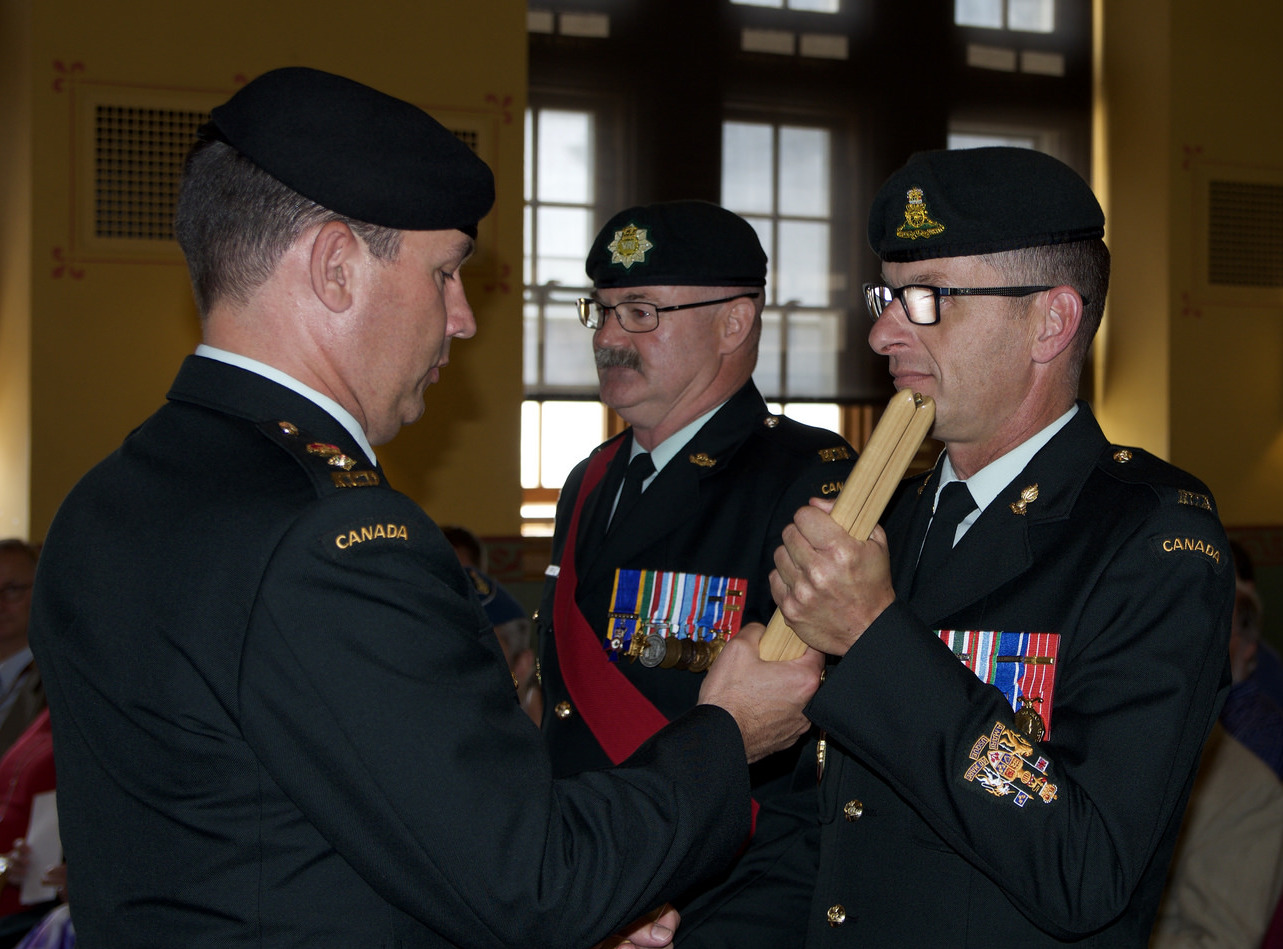 Next on the lineup card was ‘change out’ between the outgoing Training Sgt-Maj MWO Wallace Rideout and his replacement the incoming Chief Warrant Officer, Rob Keating.

A symbol representing the change of this appointment saw LCol Renahan pass the Pace stick to CWO Keating.

The main event was the Director of Cadets, Change of Command from LCol Chris Renahan to Col Chris Ayotte – the position was just recently upgraded from LCol to Colonel – one of the many results from the recent Chief of Defence Staff directed, Special Staff Assistance Visit (SSAV). 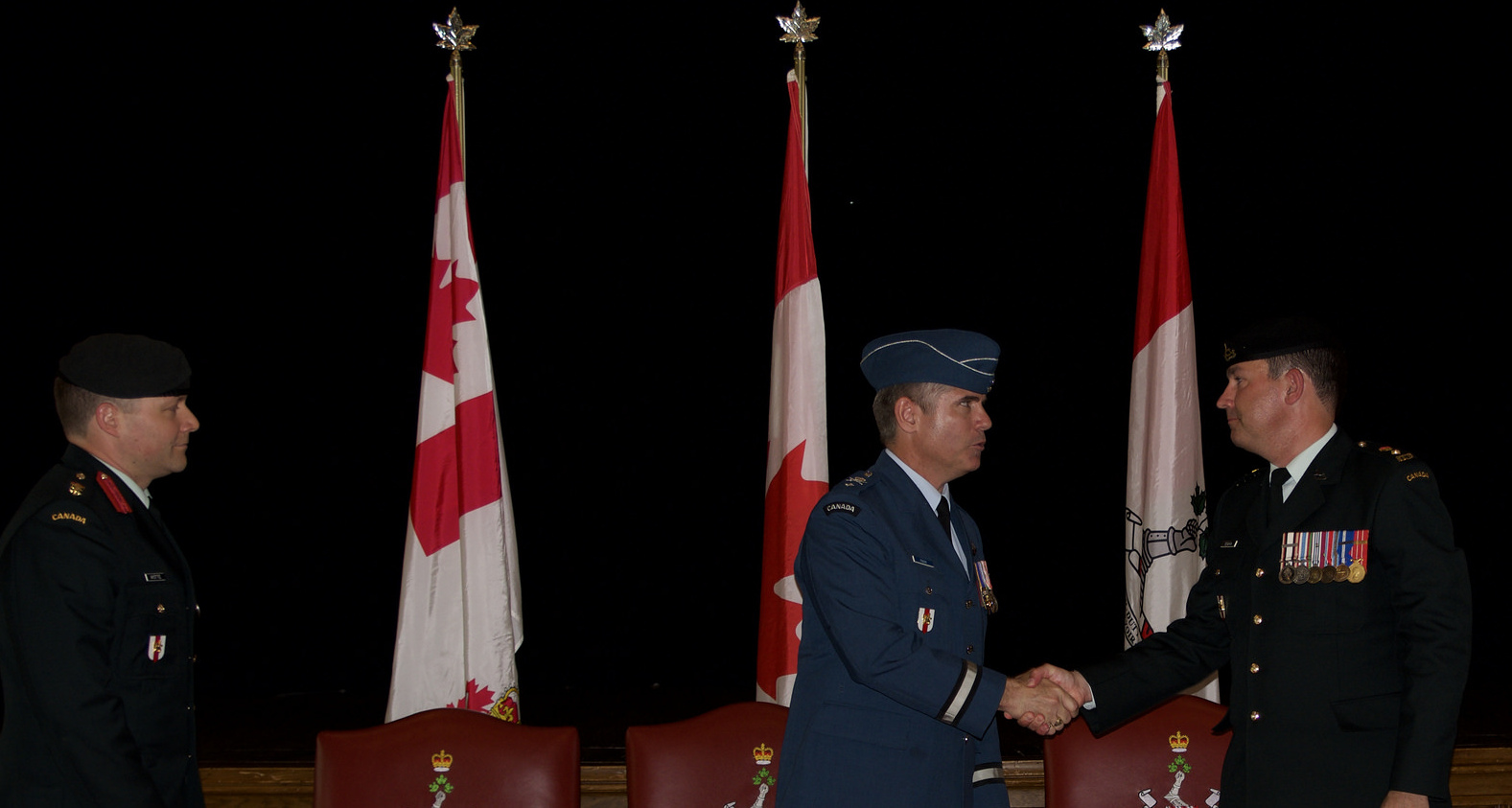 The Presiding Officer was the commandant of the Royal Military College of Canada, 16855 BGen Sean Friday – who himself will be officially leaving the college next friday on or around the same time of day.

A number of appropriate speeches and other personal presentation of gifts were also part of the ceremony including: MWO Rideout; LCol Renahan; Maj Alamy; BGen Friday; and Col Ayotte.

The one hour affair wrapped-up with the Padre, LCdr Catherine MacKinnon leading an inspirational prayer.

For an event of this magnitude to run smoothly, a number of people who usually fly below the radar are involved. This one was no exception. Special words of praise for the MC – PO2 Marc Feetham who handled the role flawlessly. Also, seen lurching mostly out-of-sight were WO Chuck Ansell and WO Aldwin Albino who were doing those ‘little things’ behind the scenes that go along way for the mission to be successful.

Hats off to all involved!