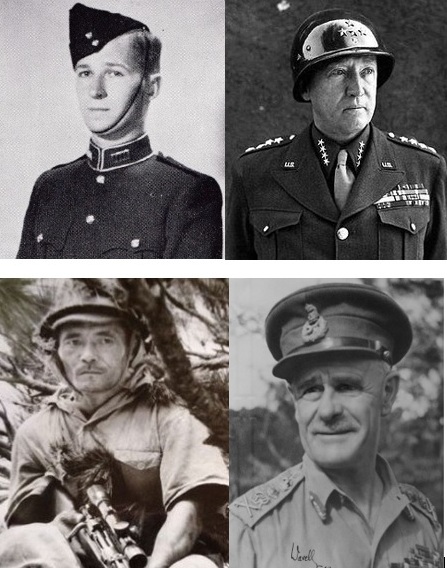 Who was 2890 James Ian Baillie Williamson?  Following his graduation from RMC in 1952, James served in Korea (52-53) with 23rd and 59th Field Squadrons (RCE). During the 1953-54 school year he attended McGill University and graduated with a B Eng (Civil).  Later in 1954 he was off to England for the, Long Survey Course.

In 1955-56, he served with the Army Survey Establishment (Ottawa). In the summer of 1956, Captain Williamson, led a survey party on sub-artic and artic helicopter survey job which ended in a helicopter crash which resulted in a disagreement with his Commanding Officer over operating techniques and equipment.

Having made application for release early in the Spring, the proud Captain pressed the issue and received his ‘Honourable Discharge’ in October 1956.

His first position as a civilian started in the Fall of 1956, was with Canadian Fairbanks-Morse working as an engineer. In May of 1957 James started with Avon Products Inc and worked in: Montreal and moved to Cincinnati, Ohio in 1964. By 1970 he was working out of New York and living in New Jersey.

What Decides the Quality of Soldiers?

2890 James Williamson C.W.C. (Article first appeared in the 1952 edition of the RMC Review)

In considering the characteristics of armies and their men, it is not sufficient simply to realize what qualities produce good soldiers. It is all very well to know this, but that is hardly enough. What we really want to know is how these qualities are produced.

Although a soldier is well trained in the techniques of war, and although well disciplined, he is of little value unless he has the will to fight. The will to fight is motivated by an ideology or a possession which he wants to defend, or conquer, and-by confidence in his ability to win. But the will to fight, and especially the will to win, is naught unless grounded on courage.

(b) Ideological and/or Religious Environment;

To illustrate the influence of the physical environment, let me use a statement by Stewart of Garth which was quoted by Field Marshal Wavell in his forward to The Black Watch and The King’s Enemies.

“In forming his military character, the Highlander was not more favoured by nature than by the social system under which he lived. Nursed in poverty, he acquired a hardihood which enabled him to sustain severe privations. As the simplicity of his life gave vigour to his body, so it fortified his mind… He was taught to consider courage as the most honourable virtue, cowardice the most disgraceful failing… With such principles, and regarding any disgrace which he might bring on his clan and district as the most cruel misfortune, the Highland private soldier has a peculiar motive to exertion.”

In the next part of this quotation, note the application of organization to utilize these traits.

“… When in a national or district corps, he (the Highlander) is surrounded by companions of his youth, and the rivals of his early achievements; he feels the impulse of emulation strengthened by the consciousness that every proof which he displays, either of bravery or cowardice, will find its way to his native home.”

This is no formal proof, but certainly serves to illustrate the influence of physical environment upon the quality of man. The value of British regimental organization is demonstrated. In effect it may be called a trick, whether consciously or unconsciously arrived at, to utilize the national characteristics of the British as far as producing reliable armies is concerned.

Now we may look briefly at this religious or ideological influence. Consider the Japanese soldier. We all remember the news of how Japanese snipers would tie themselves into trees and fight to the bitter, often painful end. There was never any hope of their deeds returning to their homeland, their deeds were without earthly reward. Theirs was a religious reward. The Japanese died so bravely, you may say, because of religious fanaticism. Quite right! But this proves religion has an influence on soldierly qualities. Admittedly an extreme example has been used, but it does make the point.

This has been a brief discussion, but the points are worthy, it is hoped, of consideration, and the conclusions which may be drawn of application.

Courage, it would seem, seem is a necessity in reliable soldiers. and the degree of courage which men possess depends upon:

(a) Physical Environment of their homes and homeland;

(b) Religious and/or Ideological Background, and the efficiency with which the group characteristics are utilized upon;

General Patton of the American Army was admittedly a showman, but he did understand certain human characteristics – he had to. In a comment on courage he wrote:

“Discipline, pride, self-respect, self-confidence, and the love of glory are attributes which will make a man courageous even when he is afraid.”

– And in referring to his nation he stated a fact which I hope they have overcome, and of which I hope we are not so guilty.

“It is an unfortunate and – a tragic fact that, in our attempts to prevent war, we have taught our people to belittle the heroic qualities of a soldier.”

Major General Michael Scott: What he has to say about Canadian Forces