On the morning of April 1st, RMC Saint-Jean had its first annual 5 km Fun Run. Organised by officer cadets of the RMC Running Team, the 5 km run was held entirely within the grounds of the RMC Saint-Jean campus and had 52 participants. Officer Cadets Benjamin Simon, Riley Perrior and Matthew Walsh finished first, second, and third respectively. One notable participant was Officer Cadet Richard Barnes who completed the entire race in Full Fighting Order equipped with gas mask.

The inaugural Fun Run was organized by members of the running team Officer Cadets Benjamin Simon and Matthew Walsh, with their coach Daniel Klein. Their goals were to start a new College tradition, get other officer cadets together in the sport of running, and encourage friendly athletic competition.

This activity is well in-line with one of RMC Saint-Jean’s four pillars, Sports, which encourages officer cadets to participate in sports and physical activities on a daily basis. 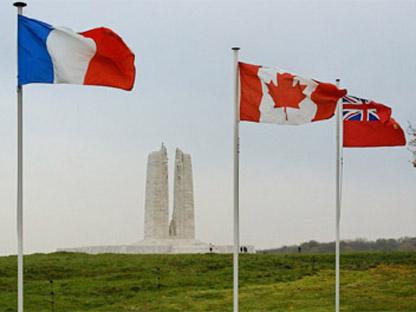 Finally Revealed: Why the New 100 Were Never Issued Scarlets…

Kingston Branch Members Learn About the Army 40 Years Out

More than Your Typical Classroom Experiences

What are these 24 Up to these Days

“If I had worked like that all year, I’d have no worries about passing…”

Victoria Edwards: Did You Know?