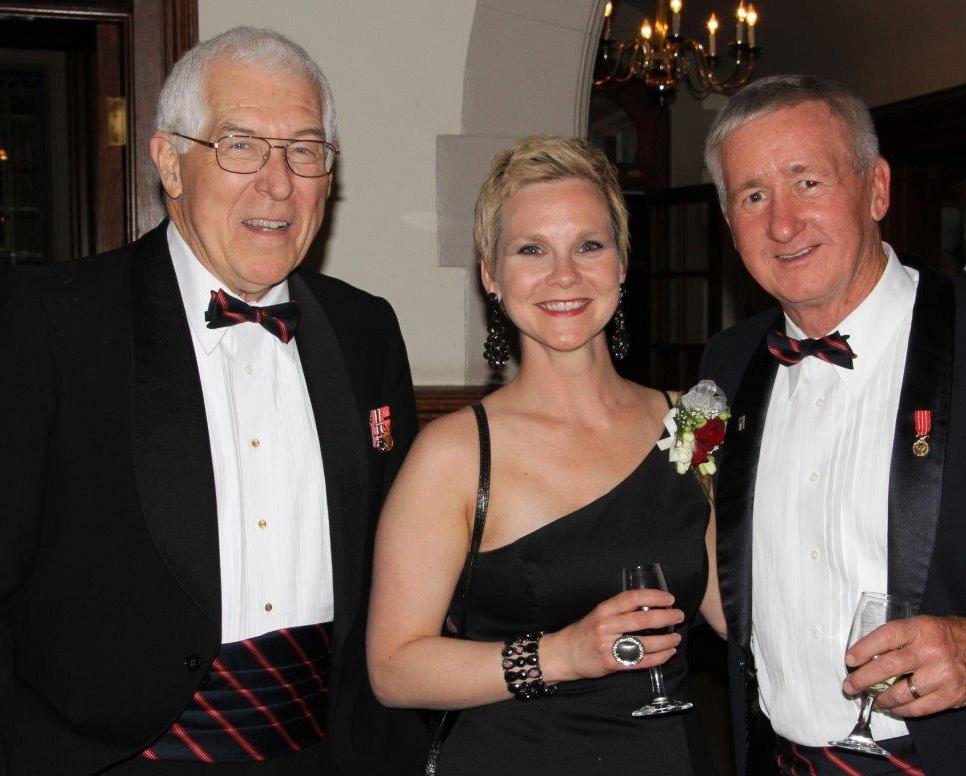 Photo of the Week by Paul Wehrle

Not Just Attending RMCC…But Living It!

Winding down the school year…

PAG Going to the Dogs?…Not Really!

THE BATTLE OF LUNDY’s LANE JULY 25

In honour of the 70th Anniversary of the D-Day Landings, the Juno Beach Centre Association is paying tribute to the Canadians who lost their lives on June 6, 1944. “Men are moved by two levers only: fear and self-interest.”

“The way to keep one’s word is not to give it.”

“Never interrupt your enemy when he is making a mistake.”

“A picture is worth a thousand words.”

“ In politics, stupidity is not a handicap.”

“Ability is nothing without opportunity.”

“Never ascribe to malice that which is easily explained by incompetence.”

“History is a set of agreed upon lies.”

“I am sometimes a fox and a lion. The whole secret is when to be one or the other.”

“You must not fight with the same enemy too often or you will teach them all of your art of war,”

Napoleon Bonaparte (French: Napoléon Bonaparte [napoleɔ̃ bɔnɑpaʁt], Italian: Napoleone Buonaparte; 15 August 1769 – 5 May 1821) was a French military and political leader who rose to prominence during the latter stages of the French Revolution and its associated wars in Europe.

As Napoleon I, he was Emperor of the French from 1804 to 1814. He implemented a wide array of liberal reforms across Europe, including the abolition of feudalism and the spread of religious toleration.[2] His legal code in France, the Napoleonic Code, influenced numerous civil law jurisdictions worldwide. Napoleon is remembered for his role in leading France against a series of coalitions in the Napoleonic Wars. He won the majority of his battles and seized control of most of continental Europe in a quest for personal power and to spread the ideals of the French Revolution. Widely regarded as one of the greatest commanders in history, his campaigns are studied at military academies worldwide. He remains one of the most studied political and military leaders in all of history.[3]

Napoleon was born in Corsica in a family of noble Italian ancestry that had settled in Corsica in the 16th century. He spoke French with a heavy Corsican accent. Well-educated, he rose to prominence under the French First Republic and led successful campaigns against the enemies of the French revolution who set up the First and Second Coalitions, most notably his campaigns in Italy.

He took power in a coup d’état in 1799 and installed himself as First Consul. In 1804 he made himself emperor of the French people. He fought a series of wars —the Napoleonic Wars—that involved complex coalitions for and against him. After a streak of victories, France secured a dominant position in continental Europe, and Napoleon maintained the French sphere of influence through the formation of extensive alliances and the elevation of friends and family members to rule other European countries as French vassal states.

The Peninsular War (1807–14) and the French invasion of Russia in 1812 marked major military failures. His Grande Armée was badly damaged and never fully recovered. In 1813, the Sixth Coalition defeated his forces at the Battle of Leipzig and his enemies invaded France. Napoleon was forced to abdicate and go in exile to the Italian island of Elba. In 1815 he escaped and returned to power, but he was finally defeated at the Battle of Waterloo in June 1815. He spent the last 6 years of his life in confinement by the British on the island of Saint Helena. An autopsy concluded he died of stomach cancer but there has been debate about the cause of his death, and some scholars have speculated he was a victim of arsenic poisoning.