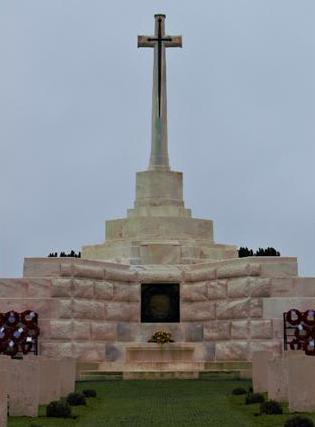 The Ground, It Breathes

Oh, now you listen? Then unstop your ear;

struck down with poison, shell, mortar

paying the cost of an ill-advised order.

We fly above and beyond the call of death.

Jump for the glory, or so they say—

Who knows where we’ll land today.

On your own time, fire.

As we decry our stapled souls,

the artillery shells in deathless holes

land, and split the chalk in two.

to make room for the swarms of bodies

bursting to the surface of the cemetery.

A grimy pit of trench in the ground,

blood churning in the earth—

dead rounds and empty casings in its possession.

horrors that should never have been now covered in vines.

No birds, no ghosts of the air, no song.

And yet, some strange measure of peace I find,

when I listen to ground. It breathes.

Ed Note: 27472 OCdt Eliza Bruce composed this poem during the Battlefield Tour over the Reading Week with a selection of RMC cadets and staff.

We expect to have more BT articles (from different perspectives) next week.

9253 Stan Jacobson – CWTO experience paid off down the road

22493 David Leblanc: Brighton’s ENSS set this pilot on path to the stars

Changing of the Guard at Panet House & Branch Updates

Approaching a Problem to Replace a Gun System

In This Issue 7 – Table of Contents & more