The team’s I/C, Captain Johann Crombach, gives a brief explanation for how he came about to be involved with the Nijmegen March this year, and his motivations for joining, and his opinion of both the training so far and the team that has been assembled and training for over a month now: 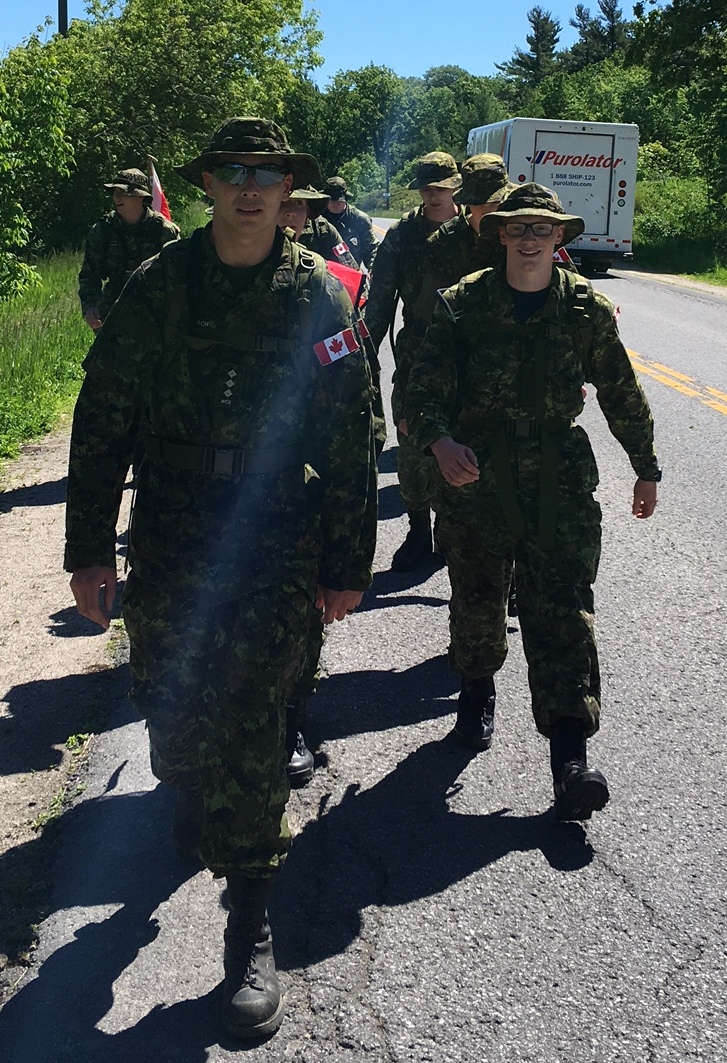 “I have been very interested in participating in Nijmegen since I heard about it during my first tour at a Field Unit.  The thought of walking 40 km a day for 4 days has always seemed like a fun challenge, so when the team came back to RMCC, I put my name in for the Team Captain.  I followed up every few weeks, asking if a selection had been made, and I’m sure they were tired of hearing from me towards the end!”

Persistence paid off, and the progress towards a successful training regime began immediately; “once I found out I was the Team Captain, I instantly contacted my 2 I/C, and set out to create a training plan that was both cognizant of RMCC’s schedule and able to meet the CAF guidelines.  This led WO Ansell and I to our plan; it involves more training than most plans in less time.  It factors in potential for injury and recover and a missing of a critical requirement due to unforeseen circumstances.  I’m pleased to say the extra depth in the planning has not been required as almost everybody has attended all the walks.”

This week saw an intensive amping up of the degree of training intensity for the RMC Nijmegen Team, who conducted, aside from two 20km marches, their first 40km march, which looped up Highway 2 close to Gananoque, down to Kingston Mills, and returning to RMC via Highway 15. The team by now is a familiar sight to many neighborhoods, and has become accustomed to the greetings of passerby’s, being regaled by veterans and fellow military members, hills, terrain, various weather conditions, wildlife, and the lifestyle requirements demanded by the high amount of physical exertion day to day.

“The training is progressing very well and I’m impressed with the dedication and drive of all the participants.  We have a few more hurdles to overcome, including a 50 km walk and two 40 km walks with only a night of sleep between them.  I have no doubt that the team will overcome these challenges without any real trouble and be ready to depart for Nijmegen in the middle of July.  The experience should be incredibly memorable for everyone and is often said to be one of the highlight of an individual’s career.  I know our extensive preparation will set us up for success throughout the event.”

Now all that remains is the final month of hurdles and coming up with some hearty marching songs!