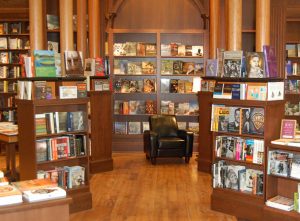 Join fellow Ex-Cadet and author John Conrad on Sunday, May 7 from 2 to 4 pm at Ben McNally Books at 366 Bay Street Toronto for the launch of his latest book, Among the Walking Wounded. Soldiers, Survival and PTSD. (Toronto, Dundurn Press, April 2017). 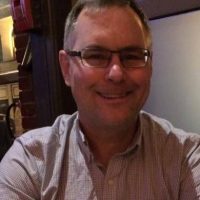 This book is the latest non-fiction offering from Conrad (Class of 1987 – photo left) and his second book that deals directly with experiences from the recent Afghan War. The book is squarely centred on mental health wounds in the ranks of the Canadian Armed Forces and their families.

The author courageously uses his own struggles to paint a visceral, blunt picture of what lurks in the mind of someone with PTSD. He further describes the stories of three other Canadian soldiers close to him– two of whom struggled with mental health wounds with dramatically mixed results. In describing these discrete micro perspectives, Conrad amplifies the many gaps and hypocrisies that still remain in our society and our most cherished institutions where mental health injuries are concerned. He also makes the case for all Canadians to hold these institutions to account and to go back for the wounded–a tribe that hates to ask for help.

A bold and honest account of PTSD from the inside out, this is a book that must be read by the profession of arms and anyone who loves or supports a soldier. This highly readable book has the power to alternatively make you cry, angry and proud as you walk along. Conrad, who Post Media’s Christie Blatchford has described as a soldier poet, has given us more than an accomplished narrative on the wounds of war; this book goes well beyond. He has preserved Canadian experience of Kandahar Province as superbly as if it lay distilled and well-aged in a brandy crystal. Walking Wounded soars in its narrative power as a ringing endorsement of Canadian service men and women and the ones that love them.

Among the Walking Wounded. Soldiers Survival and PTSD is available for pre-order on Amazon.ca.

22493 David Leblanc: Brighton's ENSS set this pilot on path to the stars

Changing of the Guard at Panet House & Branch Updates