‘Thank you for liberating us, Canada!’ 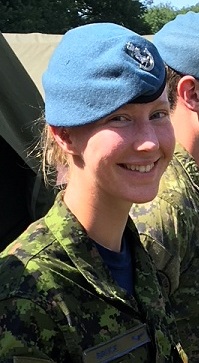 When we all started training 3 months ago for the 4Vierdaagse, or “Walk of the World” in Nijmegen, even with all the stories and advice we heard from those with experience with the deployment, we were still amazed by how much fun the marches were, and how much they demanded from us physically, mentally, and emotionally.

All while taking in the sights and experiences of a beautiful culture so historically bound to ours.

Our training had taken us over 650km in distance, but here we met with what ended up being more like 172km over four days, which posed its own difficulties and rewards.

“Even though the Nijmegen Marches was the biggest challenge I had to face physically in my career as of now, what I will remember the most is not only the  pain and good times we experienced, but the bond we have with the Dutch people and the love they have for my country.”

JTF Nijmegen started out by landing in Lille, France, and in the days leading up to preparing for the marches, the Canadian contingent made stops at Tyne Cot Cemetery, and conducted parades and tours at Passchendaele, Menin Gate, and Vimy, and on the third day of the marches we had a parade mid-march in the Groesbeak Cemetery, giving us all a sense of the symbolic purpose driving Canada’s involvement in the marches. Two days before the marches began, several of my teammates and I, along with other members from the various Canadian contingents, had the opportunity to go on Dutch military-led battlefield tour of key sites in Germany and Holland that held strategic and tactical importance in the wars. The Dutch officer regaled us with histories and anecdotes of Victoria Cross recipients, operations, and what life was like for local civilians, all of which he had learned from personal study and the oral tradition of his country. This really served to place in context just how much the Dutch people still value Canada’s involvement in the war and role in their liberation, which was mind-blowing for us to consider, now over half a century after the fact.

“The 4 days walk in Nijmegen has been a great personal challenge and an eye-opening experience. Walking 160km with over 40,000 people from more than 67 different nations, we discovered how friendly and supportive they all were. During the walk a Dutch man told me that he believes if everyone in the world did the 4 days walk, there would no more war in the world. Camp Heumensoord where we lived with members of over a dozen other militaries is a small example of what he meant. Every morning when a nation would step off everyone waiting nearby would wish them luck and applaud them on their way out. During the evening, regardless of language barriers people would congratulate each other on completing the day’s march. My favourite single moment was when an old gentleman during the victory parade yelled to us: ‘Thank you for liberating us, Canada!’  That moment felt extremely sincere and shows the lasting gratitude the Dutch show towards Canada”

Marching alongside the rest of the Canadian contingents, as well as the other militaries and civilians present, exposed us positively to those with fascinating stories relating to their respective countries or relation to the Nijmegen march. It’s a way of life over there—a country-wide celebration that brought what felt like the entire local population out onto the streets to cheer us on every step of the way with warmth and hospitality. The feeling at the end of the marches, after every team had laughed until it hurt, suffered from heat, blisters, or other struggles, and felt the burden of having tread the same paths of our militaries heroes 65 years ago, especially in the year of Canada’s 150 commemoration, was unlike any other.

OCdt Jonathan Richardson, 27417 (IV), was filled with gratitude to have been part of this once-in-a-lifetime chance.

“I feel unbelievably lucky to have had the opportunity to represent my country at the Nijmegen marches so early in my career. It was a truly unforgettable and humbling experience seeing the connection between our contingent and the Dutch people after all these years and made me feel proud to be Canadian. Believe.”

Our team had a 100% success rate, and we will preserve our medals as a reminder of what can be accomplished with a little pain, tears, determination, and teamwork. I would wish that as many as can physically muster through it, as a civilian or military member, could have a similar experience. It altered all of our perspectives for the better, and fitted us with a mindset more focused on what it is we are at RMC to attain.

Words from a Proud Warrant after Njmegen 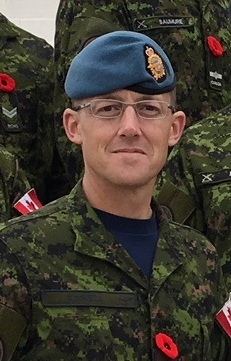 All the training, the walking, the blisters and the long days finally brought us to Nijmegen.

We boarded the plane in Trenton and after a mini milk-run, we landed in Lille France. The Canadian Contingent, consisting of approximately 200 military personnel, toured Vimy Ridge and paraded at Passchendaele and the Menin Gate in Ypres.

After acclimatizing to the new time zone, we settled into Camp Heumensoord, which sits just outside Nijmegen in the Netherlands.

This would be our base camp for the next several days of marches. We were surrounded by military members from several countries including the UK, Germany, France, the US, Spain, and the Netherlands. Thousands of troops were staying at the camp and we got to cheer each other on as we stepped off each day.

The official starting point is a gigantic pair of boots with a helmet on top. It was the starting gate, if you will. Each morning, at 0500hrs, the Teams would form up in the order of march and proceed through the boots to get the day started. Once we left the boots, we walked down roads that ran through the city and country.

The local people had dragged couches and chairs onto the sidewalks and were there to great us every morning! It was absolutely incredible! Locals were handing out snacks ranging from sliced cucumber to crêpes.

Everyone was so excited to see us walk down the road and they would cheer loudly and high-five us as we walked by. It made the kilometers melt away.

The RMCC Team was solid and completed the four day march with minimal issues. The biggest accomplishment was completing it together, as a team. I was extremely proud to share this experience with the Cadets and it will certainly be with me for a lifetime, unlike the blisters on my little toe!