Article and Photos by 25366 Anna-Michelle Shewfelt

This past Wendesday, being the first Wednesday of September, saw members of the Kingston Branch of the RMC Club gather at the Senior Staff Mess for their monthly luncheon. After the usual mingling over drinks and lunch, those present were treated to a talk by 10208 Cam Carbert (RRMC/RMC 1975) on the history and the future of the RMC Wall of Honour.

As the Class of 1975 Wall of Honour Coordinator, Cam gave those present a glimpse into some of the policies behind managing such a high-profile College monument. “They got the ‘low-hanging fruit’ with the honorees in the first few years,” he joked. “We don’t want to water down the requirements.” As he went on, “Ideally we’ll always have a living honoree to address the Ceremony along with the families. As both of this year’s honorees have passed away, H7860 Sen Roméo Dallaire will speak along with the families.”

“With this year’s honorees, we’ll have filled 32 of the 132 places for plaques on the Wall,” he explained. “The Class of 1975 intends to add one or two honorees each year for the forseeable future.”

For those curious as to who goes on the Wall of Honour and why, Cam had this to say. “Make sure you get your nominations in to the Committee by January each year. That gives us time to make our recommendations and make sure the plaques are ready by Reunion Weekend.”

For more on this year’s Wall of Honour Ceremony please see here.

For more on the nomination process please see here. 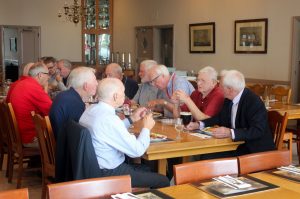 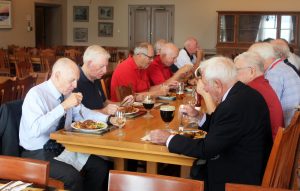 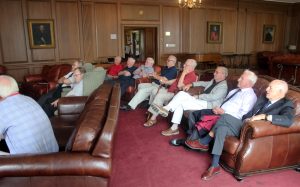