The Brigadier who was to be Chief of Staff

The lieutenant colonel was talking to the new director of a recently constituted high profile Department of the Army special task force examining an aspect of Army modernization of its armored forces relative to the then major opposing Soviet ground threat.  The two officers were in the office space in the Pentagon allocated to the new task force. 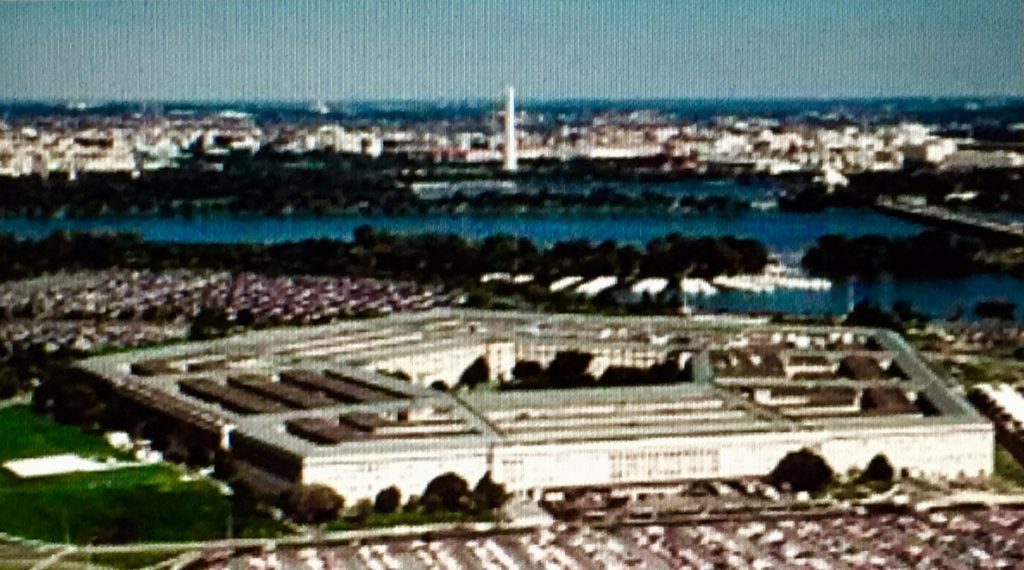 The lieutenant colonel was assigned to a related task force that had been in operation for over a year and was engaged in task force liaison and exchange with the new task force.  The director, an affable promotable colonel, would be pinning his brigadier general star on in the next few days.

Though the lieutenant colonel had not served directly with or under the director previously, the latter’s reputation, in the Armor Branch and the Army’s armored units, was almost legend.  He was known as a highly capable officer who knew what he was doing and took care of his subordinates.

During the exchange, the promotable colonel didn’t talk down to the lieutenant colonel or put on airs.  He was direct yet approachable and he listened.

The lieutenant colonel had been directed by his task force director to make the liaison visit, open the lines of communication with his development area counterpart on the new task force, and begin the necessary sharing of overlapping information and data.  A significant collaboration over the next year would result with the lieutenant colonel handling these areas on the new task force.

The director of the new task force was very much one of the emerging super stars of the Army.  His reputation dating back to the Military Academy resonated throughout the Army.  He was already being discussed in many circles as an officer being groomed to ultimately serve as the Army Chief of Staff, a prediction with some gravitas.  His early promotion at every grade did lend weight to such prediction.

As unlikely as this chief of staff scenario might seem on a practical level for a newly promoted brigadier with the necessary career steps in between, there were other developments across the Army that gave the prediction more than the usual plausibility.

One such was the current Chief of Staff of the Army.  This officer was reputed to have become enamored of the Israeli Army’s system of bringing select officers early and rapidly through the professional experience progression.  This would be done in such way that the select officer would reach brigadier after as little as perhaps 16 years of commissioned service.  The officer would thereby become executive level talent that was younger and more facile in thinking and theoretically be available to the Army for a longer period of time.  Preferably, these would be officers in their early 40s and 50s, not possibly superannuated officers less flexible and innovative in their exercise of executive position and authority.

Significantly, the Army Chief of Staff was revising the officer professional development and assignment/promotion selection systems in such way that more than the preceding “5% below the zone system” group of officers would be advanced early.  A group of officers, perhaps 15 or so percent in a year group would be identified early in career and in a sense, fast tracked through the career critical assignment, school and promotion tracks to arrive early at promotion to brigadier.   Whatever reservations there may have been in the officer corps of the potential of producing a downside effect with perhaps too many products of this system proving to be perhaps too ego driven and sycophantic in their behavior, such reservation did not forestall a relatively rapid and wholesale march toward the new system.

Additionally, the new brigadier was reputed particularly to be a protégé of the then Chief of Staff.  His assignment to direct the high profile task force and its positioning in the Pentagon spoke volumes in this direction.

A year later, the lieutenant colonel was attending the Armor Conference at Ft. Knox, Kentucky.  During the breaks in between presentations discussions among attendees seemed more animated than usual.  As the lieutenant colonel engaged with one of these break discussion groups, one of known and familiar fellow officers, the source of the animated discussion became apparent.  The discussion centered on information that the brigadier general directing the high visibility task force had decided to retire from the Army as a brigadier general and enter corporate America’s executive corps.  This was a completely unexpected turn of events.

Further comment was made to the Chief of Staff approaching the brigadier essentially along the lines of the Army’s having made significant “investment” in the brigadier that now would not be realized.  Would he not reconsider?

According to the comment, the brigadier responded that having demonstrated his abilities in the Army and having made general officer, he now wanted to test his mettle in the corporate world while he was young enough to do so.  According to comment, he stated to the chief of staff he would not reconsider his decision to retire.

Though the lieutenant colonel found the news of interest, he was not surprised by it.  He was of a different idea regarding the development of senior Army leaders.  He did not retain undo confidence in a system that might unintentionally provide too much nourishment to our personally most vulnerable element, a too nurtured ego.  He was a firm believer in true service oriented leaders who had enjoyed failure and success, understood the two and were sufficiently humble to keep their egos in check and operate as team players but able to speak forthrightly to superiors when necessary and who new how to take charge effectively.

Ultimately the new task force director did follow through on his retirement announcement.  He retired as a brigadier general walking immediately into a senior vice presidency in a major and cutting edge corporation.  But, a few years later the corporation suffered prosecution by the federal government that resulted in its dismantling.

Some years later the ex-corporate vice president returned to federal service for a time as a senior official in the Defense Department.

From a leadership perspective any number of assessments might be made from this scenario.  One that always seemed significant to the lieutenant colonel was the role that ego could play in a leader’s development and how the developing leader applied loyalty.  It seemed to the lieutenant colonel that too much feeding of the ego advertently or inadvertently could produce an opposite and perhaps negative effect to what was intended.

In this case, significant resources and time were invested in an emerging leader by the Army to produce an executive leader who would produce long service in that capacity.  Literally at the point of beginning the executive career, the officer elected to leave the organization.  The potential of long serving highly competent and committed executive leadership was not realized.  As well, the opportunities afforded to this individual were opportunities denied to leaders whose realized potential to the Army may have ultimately been of greater value to the organization.

While it is true that the risk of a circumstance as stated will exist in any organization at any time, clearly it may behoove organizations to be more circumspect in designing any system of leader development and advancement that directly or indirectly provides too much food to the ego.  As much as possible the developing leader should be oriented in their development on a service leader philosophy committed to the service the organization provides.  In the military case, the leader development is wise to imbue in the developing leader as strong an identification with the service as possible, one more along the lines of a calling.

The lieutenant colonel did observe officers that were more products of the less selective and what might be characterized as the “school of hard knocks” approach. Almost all of these leaders proved worthy superiors.  They understood success and failure and loyalty to subordinates and superiors while accepting responsibility. They had the character to deal with the tough situations and work through them.

The lieutenant colonel also encountered other senior leaders that were examples of the “selective” form of development outlined in the discussion.  The officers tended more often to display more ego driven eccentricities that qualified their leadership, some severely.  In the worst cases it took a toxic leadership form.

As with all situations, generalities may not be an accurate measure of effect and result.  In some cases a “selective” system may produce the desired leader but its exclusions may also have too many negative effects if the system should be based on merit, especially as uneven as an individual’s maturity as a leader may be.   Some who appear early as having the desired potential, may not at higher levels demonstrate the qualities necessary at that organizational leadership level.  Others who seemed challenged in early career may mature at some point into the very epitome of what is necessary in a leader at that level.

The leadership lesson apparent to the lieutenant colonel was that leader development by “prescription” was not a good idea.  Adequate seasoning and tempering of any future leader in their development more often than not precluded the lesser results.