Feature photo: “This window was erected August 1957 by surviving Ex-Cadets who participated in the Dieppe Raid in memory of others from the College who lost their lives as a result of the Raid.” 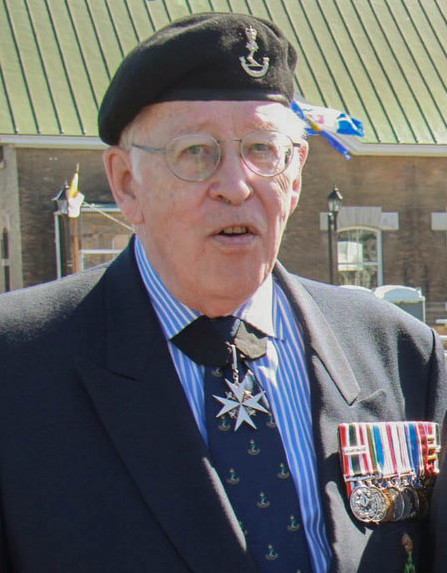 This year marks the 75th Anniversary of the Dieppe Raid, when early on the morning of 19 August, 1942, an Allied Force, principally made up of about 5,000 Canadians but including over 1,000 Royal Marines and U.S. Rangers, with Naval and Air support, landed at Dieppe, on the coast of Normandy, in France. By the end of a long nine-hour day, about 2,200 members of the raiding force (including many wounded and a number who had never landed) were withdrawn – but at what cost?

The casualty figures were staggering. Of the total of 4,963 Canadians who embarked for the Raid, 56 officers and 851 other ranks were killed, 586 were wounded, and 1946 were taken prisoner (POW).  The British Army and Marines casualties numbered 275. The Royal Navy had a destroyer sunk, lost 28% of their ships deployed and 550 officers and ratings.  The Allied Air Forces lost 106 aircraft against 48 lost by the Luftwaffe; the heaviest Allied losses in a day since the war began: 67 personnel were lost. The German casualties were less than 600 overall.

What was obviously a military disaster was redeemed only by the courage of those who fought, and by the many examples of leadership in action.[1]

At least 25 Ex-Cadets were involved with Operation Jubilee, including the three senior commanders – No. 891 Maj Gen J.H. Roberts, the Commander of 2nd Canadian Infantry Division from which formation the majority of the Canadian Troops were drawn; the Deputy Force Commander, No.1623. Brig C.C. Mann, and No. 1432. Brig W.W. Southam, the Commander 6th Cdn Inf Brigade; his Brigade Major was No. 1841 Maj D.G. Cunningham (later  Commandant of RMC (1944-45).

Three Ex-Cadets were Killed-in-Action – No.1426 Capt W. R.Dillon, No. 2383 Capt E.R. Eaton, and No 2661 Capt D.W. Purdy. A number were wounded (Dollard Menard, five times), and of the over 85 officers who became POW, nine were Ex-Cadets (including Southam, Labatt & Merritt).  Two, Merritt and No. 1882 Capt J.E.R. Wood, (again classmates), escaped from Oflag VIIb (an Officers’ POW camp to which the Dieppe POW were sent at Eichstatt, Bavaria) and eventually ended up in Colditz Castle. Here, they linked up with No. 2367 Flight Leader D.S. Thom, RAF, whose capture was not Dieppe-related.

Oflag IVc, where the inveterate ‘escapers’ from other POW camps were sent, or Colditz, was  deemed ‘escape-proof’ – the comment by Capt Wood, later Editor of Detour, The Story of Oflag IVC, a collection of material produced by the Colditz POWs describes this ‘Special Camp’ clearly – “Colditz was the end of the road. Once in, there you stayed.”

There were countless instances of bravery under fire by the Canadians that day, and many decorations and medals were awarded in recognition of the heroism and leadership displayed.  Three Victoria Crosses (VC) were awarded for “matchless gallantry and inspiring leadership” at Dieppe –  two to Canadians: Lt Col Merritt, VC and Honorary Captain John Foote, VC, Chaplain to the RHLI, (the third to a British Gunner, Maj Patrick Porteous (attached to No 4 Commando). 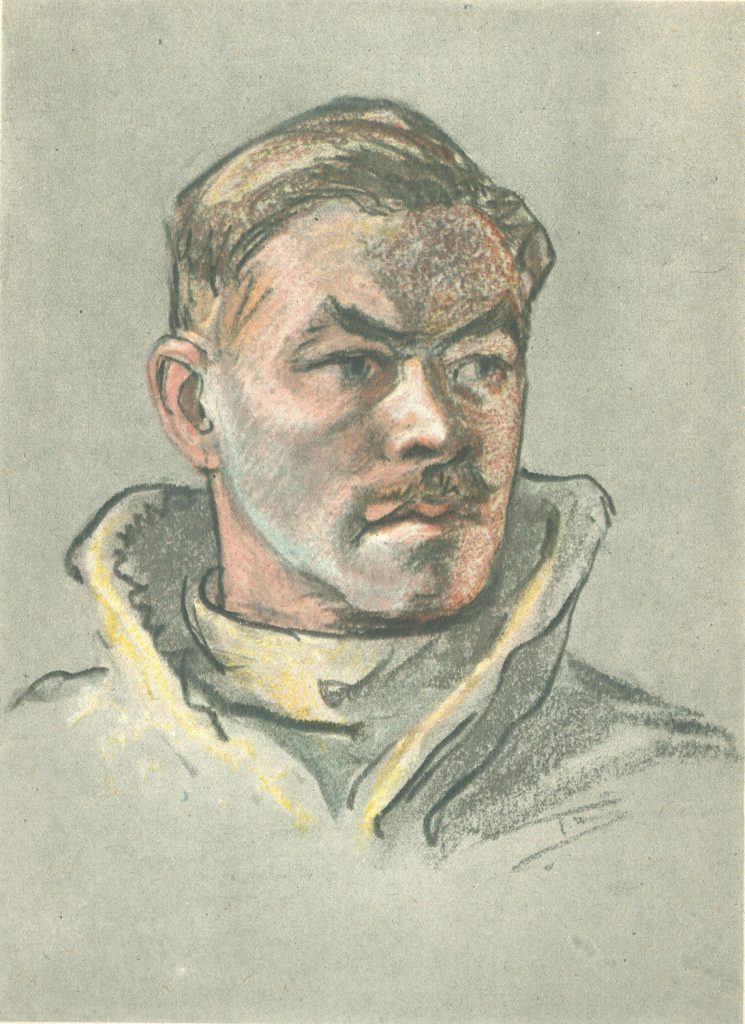 Colonel Merritt as a POW, one of the pastel drawings done by Lieutenant J.F. Watton of the Border Regiment, part of the illustrations for Detour, a copy of which is held in the RMC Museum.

In a radio report to Canada by Wallace Raeburn of the Montreal Standard, (himself wounded at Dieppe) the report on Col Merritt’s ‘inspiring leadership’ was:

“We took cover behind a building and waited for the barrage to subside. While we were lying there, Lt Col Merritt came walking along the road. He was calm, determined and unflustered. He was even carrying his tin hat in his hand, twirling it as he asked what the trouble was.

He is a young man – he’s only thirty-three. Best way to describe the sort of soldier Colonel Merritt would be is for me to repeat what I heard from one of the officers on the ship leaving  England. To one of his friends, he said: ‘ You have to put a drag rope on the Colonel to keep up with him.’

‘Come on, men,’ shouted the Colonel, ‘we are going to cross this bridge, Spread out – don’t bunch up ! Here we go.’ And with that, he set off walking across the bridge, tin hat in hand, twirling round as he walked erect, not the least bit concerned by the ’muck’ that was lying around him… .

Several hours later as we set off for the beach, to leave, I heard Colonel Merritt’s voice: ‘Don’t run. men’ he said, ‘shoulder arms and march to the beach.’ And they did, all of them.”[2]

His citation reads in part “When last seen he was collecting Bren and Tommy guns and preparing a defensive position which successfully covered the withdrawal from the beach”…and he became a POW.

Capt Foote was a particular case of bravery. Honoured at the end of the War (his citation is dated February,1946), he had spent the intervening years as a POW, refusing “a final opportunity to leave the shore, choosing to suffer the fate of the men he had ministered to for over three years… Those who observed him state that the calmness of this heroic man as he walked about collecting the wounded on the fire swept beach will never be forgotten.”[3]

In addition, of the 12 Distinguished Service Orders (DSO) for “meritorious or distinguished service by officers during wartime, typically in actual combat” awarded to Canadians on that day, six were awarded to Ex-Cadets: Roberts, Mann, Labatt, Menard, Cunningham and No. 2357 Maj. W.D. Whitaker, RHLI. From some the citations, the extraordinary leadership shown includes:

S/L Fee received a Distinguished Flying Cross (DFC) for his leadership on the day. In addition, there were two Military Crosses (MC) and a Mention-in-Dispatches (MID) awarded to other Ex-Cadets – No. 1955 Capt H Carswell, RCA; Capt. Wood, RCE; and No 2615 Capt D.B.D. Warner, RCSigs.

Brig Southam,  (the only member of his Brigade Headquarters to land), on becoming a POW had arrived at Oflag VIIb at Eichstatt by the end of August, 1942. Shortly thereafter, he ran a formal debriefing on the Raid, recording the result to be handed over at the end of the war. There remained a least 84 Dieppe Officers in the Camp in April, 1945, at the time of its liberation by the Americans.  One was Col Labatt, who finding that he could not fit through the escape tunnel entrances (because of the width of his shoulders), at the time of Eichstatt escape in June, 1943, gave up his place to Capt Wood. Col Labatt was eventually to lead the process of erecting the stained-glass Memorial Window at the entrance to Currie Hall.

After 75 years, there remains much debate and controversy over the Dieppe Raid and that is fair enough. But the gist of this story is that many who took part showed incredible leadership and bravery, and of that number, Ex-Cadets made a significant contribution.  It is about the timeless military value of  leadership; it is about bravery and endurance under numbing circumstances and in great danger, and when everything is going wrong, it is about putting into action lessons learned earlier when young.