Families have members that in different ways through their example inspire others in the family to take on challenges and achieve significant milestones in life.  They are leaders in a form in that their inspiration by example leads the way to achievement by other following family members.

Such an inspirational leader by example was Paul William Cantin originally of Hartford, Connecticut.  My Grandmother Marie Gagné Boucher’s sister Aurora’s youngest son, Paul Cantin lost his father to an automobile accident in !944 shortly after he was born.  His brothers Norman, Joseph Raymond, Joseph Gerard, Joseph Maurice, and Joseph Richard served in the armed forces, three in the Army, one in the Navy and one in the Marines.  His niece Eileen served as an officer in the Army in the 1970s.   Through Paul’s accomplishments he led the way for extended family members to take on significant challenges and succeed. 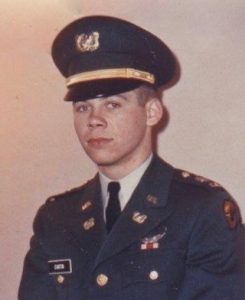 Though Paul was born in the United States, his larger family was still significantly connected to the Beauce Area in Quebec.  He was familiar with the Quebec dialect as this was the original language of his mother and father and other family members.

Paul Cantin was my Grandmother’s nephew. Being born in 1944 he was only two years older than I was.  He entered the army in September 1962 and subsequently was selected to attend the Army’s flight school in 1963. When he graduated at 19 years of age from the Army’s flight training program in 1964 and received his Army pilot’s wings, he was the youngest Army pilot to do so.  He immediately became a family legend to a very large Canadian and American extended Quebecois family.  The Hartford Courant  published a nice article about his graduation. 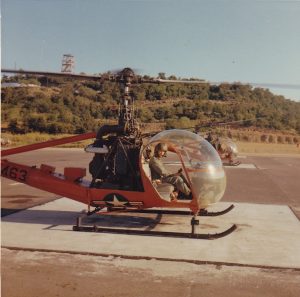 As a member of that family I found myself interested in his progress and encouraged by what he had done to pursue similar challenging goals.  In my case it was the pursuit of an appointment to the United States Military Academy at West Point, New York.  This was a time when the country was faced with a developing war in Southeast Asia, the Vietnam War, a then incipient situation that had caused my father to be deployed to the country in 1956 to advise the newly formed South Vietnamese Army.   Pursuing a military service related goal required some more than average fortitude.

Paul’s service career was notable as well.  After flight school he was in the cadre of pilots that formed the aviation units of the 11th Air Assault Division (previously the 11th Airborne Division) at Ft. Benning, Georgia.  This unit was charged with developing methods and tactics for employing the ever improving capabilities of rotor wing technology on the battlefields of the 1960s. 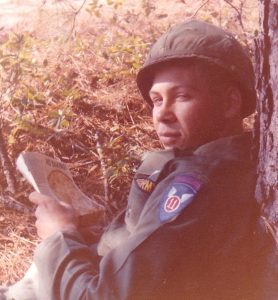 The success of this early developmental work led to the reflagging of the 11th Air Assault Division.  It became the 1st Air Cavalry Division with following deployment to Vietnam.   The air assault tactics, techniques and procedures developed at Ft. Benning by the pilots and unit commanders of the 11th Air Assault Division and the 1st Cavalry Division would be employed extensively in Vietnam to significant effect.

Paul would deploy to Vietnam after additional aviation training.  He would serve with the aviation unit of I Corps.

Paul would continue in service for a time after return from Vietnam.  Ultimately, he would transition to civil life as an airline pilot retiring as a captain after a long flying career and raising a family during this career.

Paul’s example as someone who took on a challenge and succeeded, faced the uncertainties of combat and prevailed, and transitioned to a successful following civilian career proved a powerful series of signposts for members of the extended family to follow.   In this regard it is worth noting that three cousins in my generation and one in the following generation would pursue military pilot training three earning their wings.

Militarily, perhaps Paul Cantin’s legacy of greatest significance is the collective contribution he and hundreds of other early air assault pilots in the 11th Air Assault Division made to the significant advance in tactical military mobility capability brought by perfecting rotor wing aircraft tactics, techniques and procedures greatly enhancing the combat power of U.S. battlefield infantry as a combat multiplier.  Their work and achievement carry on now 50 years later.

But it is in the role as a family exemplar that Paul’s leadership by example may have had as far reaching an effect.  He influenced a substantial number of family to follow his example.  Perhaps some fourteen in my branch of the family in two generations may have been influenced by that example to serve and there may have been others.

Paul Cantin’s achievement of Army pilot wings at a very young age, and as the youngest person to do so at the time, is a most singular personal achievement.  Engaging in combat operations as an ever more seasoned military pilot adds further luster to his legacy.  Joined with a long and highly successful career as an airline pilot cements this leader’s place in the pantheon of leaders whose example inspires others to seek tough challenges and pursue challenging goals and prevail.

In this regard, all of us are wise to understand what our own example may inspire in those around us and within our families.   In this case, as helicopters assumed a dramatic role and function in the Army and presented an image of great adventure, a young man, still a teenager, in a sense made a reach for the stars.

The young man from a large catholic family enlisted in the Regular Army rising to Specialist 5th Class (equivalent of sergeant) and subsequently competed to be selected for pilot training.  He was successful. He completed the demanding training and was awarded his Army pilot wings.   Eventually he would be both rotor and fixed wing rated and certified as an instructor pilot while serving in the Army. 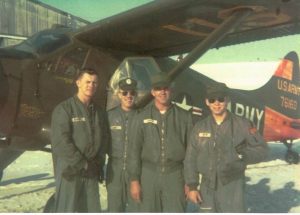 He served in the I Corps’ Aviation Company in Vietnam and later Company A, 82nd Aviation Battalion.  On return from Vietnam he was assigned as an instructor at the Army Aviation School at Ft. Rucker, Alabama.  He left the Army in April 1967 but served as a contract instructor for the Army for a year.

He presented those of us in the family eligible for service and such an adventure with an example to emulate, and we did.  Paul Cantin led the way.

Premier of Alberta Recognizes Dr. Lubomyr Luciuk and the Heroes of Their Day Project