A Servant Leader—The Retired Navy Commander and the Park Service

In our careers as leaders we come across examples of leaders who personify in act and deed the idea and concept of the servant leader.   Some of these fellow travelers remain in mind years after our encounters.  This is especially the case when a leader in this category who has capabilities to perhaps serve in more senior roles chooses to return to a role they have previously experienced but have determined to be the ideal position for a leader to make a difference.

The following vignette shares a servant leader’s story.  The leader had a situation that would have allowed other leader options but this leader chose to return to a first leader experience, one that he had determined allowed him to make a significant and lasting contribution as a leader.

The new state parks region manager reviewed the results of the just completed interviews relative to a recruit of a new chief ranger for the region’s most western park, a beautiful park on an extensive dammed lake in that part of the state, one of the then 9 staffed parks in the region.  The region was in the process of expanding to 12 staffed parks.

The candidate had served over 20 years earlier as a federal park ranger at a national Park in the western United States after graduating from a western state university.  He had subsequently been accepted into a U. S. Navy naval flight officer commissioning program.  He had successfully completed this program and been commissioned as an Ensign with his Navy wings of gold.  He had pursued a successful 20 year career as a naval aviator and retired from the Navy after 20 years of service.

The candidate’s application package and interview had drawn a unanimous determination as the best qualified candidate from the interview process.  His previous park experience, education and experience in the navy aligned perfectly with the park’s needs in the chief ranger position against a number of ongoing and developing initiatives at the park.  He would be a superior and strengthening addition to the park’s staff.

But the region manager wondered at the retired naval officer’s intent when he clearly had other post military career options.  The interview had developed some of the rationale.  The candidate said very clearly that his first love jobwise had been service as a park ranger, the interface with and opportunity to educate the public about its natural heritage and preserve that heritage meant a great deal to him by his comment.  That he could again reenter that service was his goal; to continue to teach the public about the natural world, especially the young people.   He was fit, he looked like a seasoned ranger and his sincerity was affecting.

Still the region manager wondered.   Was the retired Navy Commander the best candidate?  The recommendation went forward to HR.   As well, though there were veterans employed by the agency, the region manager was very aware of some less than supportive attitudes by some in the agency toward hiring veterans.   The region manager, an Army Lieutenant Colonel that had retired from the Army two years earlier, understood that the recommendation to HR needed to be well supported to avoid any challenge that there had been any bias.

The region manager still wondered at the naval officer’s seeking the position.  Was he sincere and would he serve for an extended time?

The recommendation to offer the position to the retiring Commander was made and the officer accepted the offer.   He reported for duty at the park on the designated day and moved into his staff residence at the park with his spouse. 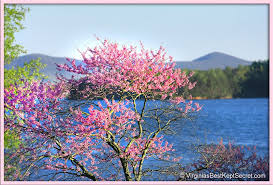 A return to the park service at state level.

Months then years passed.  The new chief ranger proved a valuable addition to the staff of the park immediately on reporting.  He quickly became a valued project leader for many initiatives in motion on the park.  The park manager came quickly to rely on the new chief ranger.

Two and a half years later, the three park regions were reorganized into six park districts.  The Commander had continued in his career as a chief ranger at the park developing in to an ever more valued member of the park staff.  He was a team player who added value to the park establishment. He was highly regarded by his colleagues and drew excellent feedback from the public.   The region manager was reassigned to duties as the capital outlay manager of the Department’s Design and Construction office.

Almost a year later, the operations manager deployed to the park relative to a project in progress at the park.  During the visit he interfaced with the chief ranger who now had over three years with the park service.  A highly regarded member of the park staff, he was making a difference and contributing greatly to the park’s successful operations.  His fellow state park service colleagues held him in the highest personal regard.

The Commander put on no airs, and would pick up the slack on any project, willing to wield a shovel along with the park rangers.  The operations manager made a point of shaking the chief ranger’s hand and telling the chief ranger that it had been a privilege to serve with him.  It was the farewell of the operations manager.  He would be transitioning to a region director position in another agency.

The retired Navy Commander continued to serve for a long career in the park service.  He personified the service oriented leader.  His service benefitted the park and the public it served for many years after he came on staff.  The decision to offer him the position had been a wise one by the agency and he fulfilled the agency’s greatest expectations. In fact he exceeded the agency’s expectations.

Note: the region manager would later engage in numerous interview panels to fill agency positions while in state service.  He would always advocate for the veterans in the candidate pools though he would always recommend the most qualified candidate whether a veteran or not.  There was an element that was less than supportive in the agency toward veterans that did exist and had to be confronted.  This said, a good number of the highly qualified veterans were offered positions and that were brought on staff did well.

The Commander was one of the most noteworthy of the veterans brought on staff. He did have competition from other candidates but as a qualified veteran he was the best candidate and served in an exemplary manner.

And the agency had other examples of success with veterans as candidates. For example, the Design and Construction Office brought on staff another retired Navy Commander, a practicing engineer, to assist in the oversight of some $90M+ of construction projects and who did a superb job in that capacity. 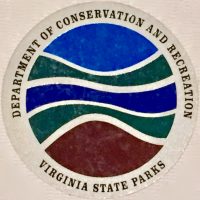