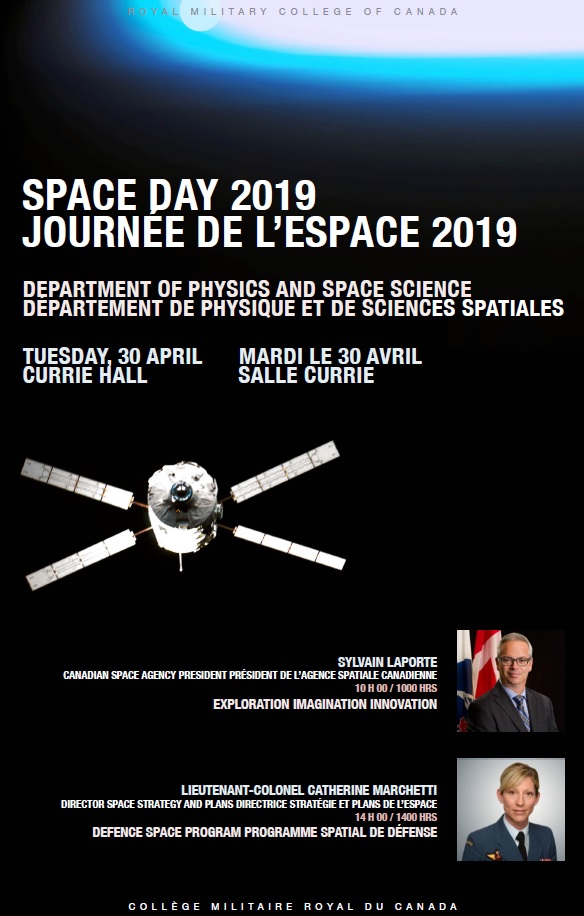 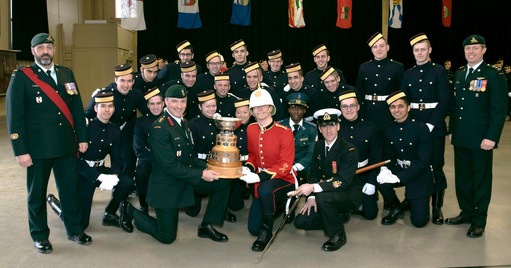 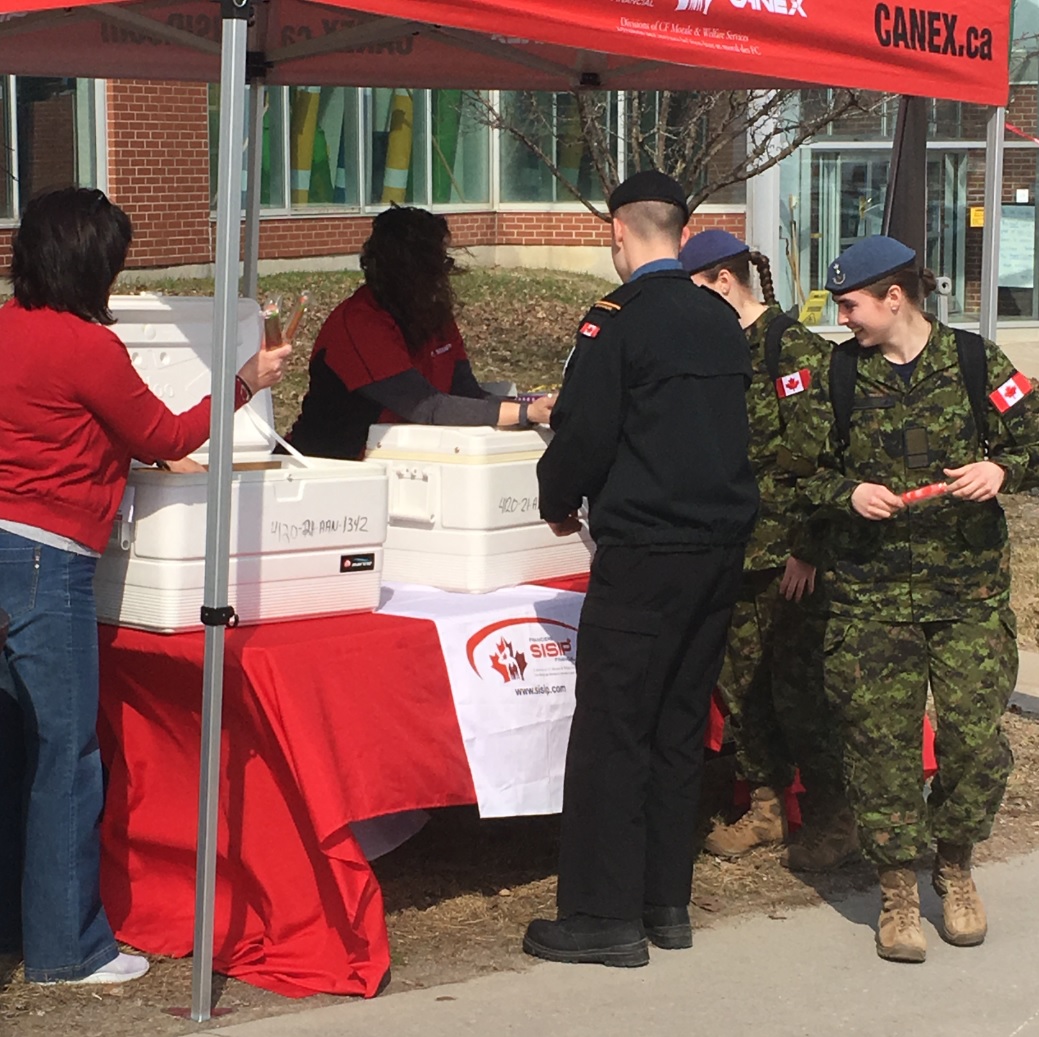 This past Friday, April 12th, members from your local SISIP Branch and CANEX Stores happily gave out Ice Cream treats to O/NCdts as they finished their exams.  Although the forecast was not favourable the weather turned out to be quite nice to hand out popsicles to students, some of whom finished their first undergraduate exam.  The Canadian Forces Morale and Welfare Employees (CFMWS) set up a tent just outside the gym, along with the PSP Cruiser blasting some music to greet the N/OCdts as they headed back to the RMC Peninsula; to undoubtedly study for their next exam.

This initiative is just one of many that SISIP/CANEX has participated in within the last few months.  During a recent PMT session local experts from SISIP booked the Currie computer lab to conduct a DIY tax preparation workshop, which was attended by 45 ROTP students.  Every Friday SISIP has office hours in R92 (Success Centre) which allows drop in appointments for anyone to discuss financial matters.  CANEX and SISIP are also very proud to be the presenting partner for the 2019 Graduation Ball.

All of the CFMWS initiates that are being delivered to RMC can be found by clicking on the following link https://teamup.com/ks43zfbgh5tq12vy71.  Here you can find information related to RMC Messes, Unit Fund, Health Promotion, TGIT, TGIF, Athletics and any other social event that happens in and around the RMC Campus.

The CFMWS team would like to thank all of the RMC personal, both staff and students, for the tremendous support throughout the 2018/19 Academic School year.  We wish all of those writing exams the best of luck. 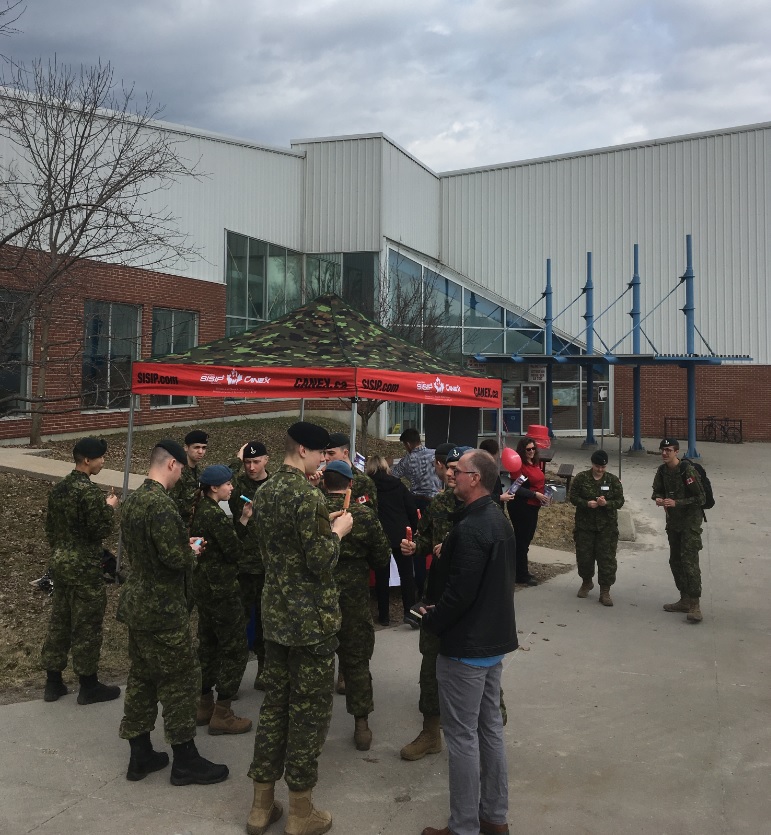 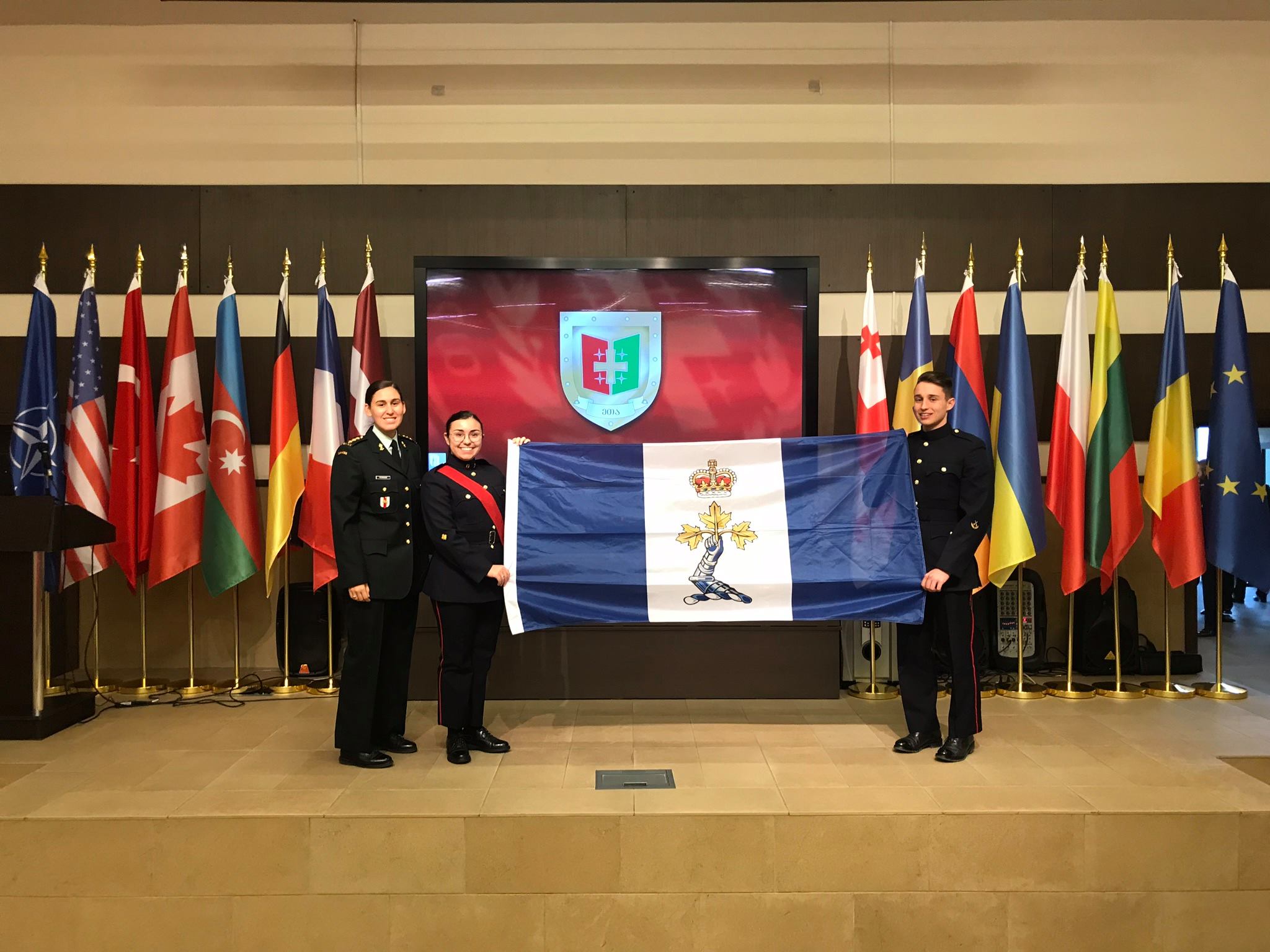 From 28 March to 7 April 2019, two RMC Saint-Jean officer cadets (OCdt) and one accompanying officer participated in the 5th OCdts’ international week in Gori, Georgia. https://eta.edu.ge Thé event was hosted by the National Defence Academy of Georgia which welcomed 15 delegations of military académies from all around the world. The OCdts had the chance to participate in a very diverse military and cultural program, giving them the opportunity to learn more about their host country, but also to foster international relations and cooperation with the other participating military academies. They had the chance, amongst other things, to visit the capital city, Tbilisi, participate in a live fire shooting range and visit the administrative boundary line between South Ossetia and Georgia, patrolled by members of the European Union (EU). This trip was a very rewarding experience for the OCdts and could not have been possible without the generous donation of the RMC Foundation. https://rmcfoundation.ca/ 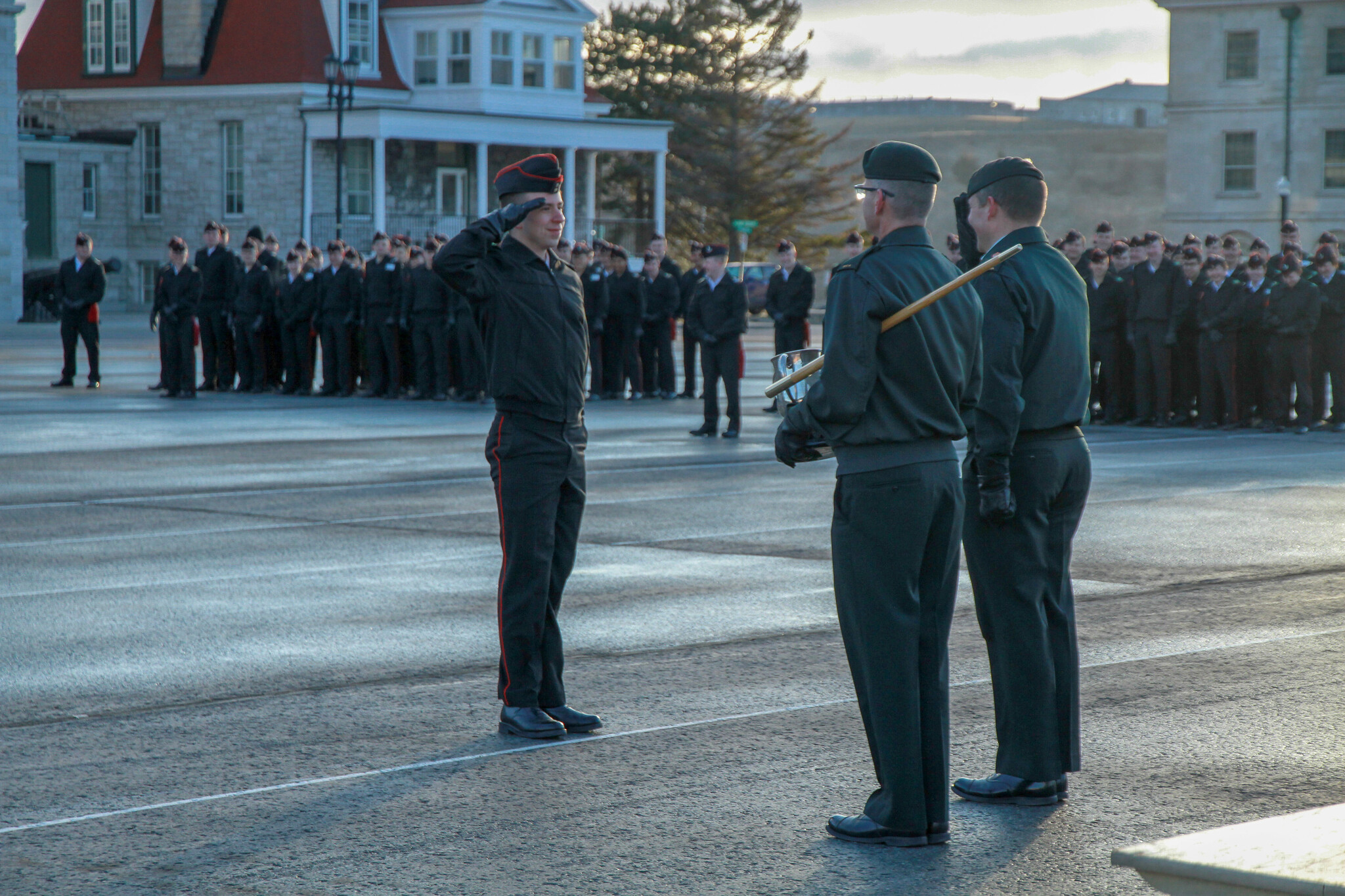 This past Wednesday, April 10, the Cadet Wing formed on the parade square for presentation of awards following the conclusion of the Winter Semester Intramural Sports. The complete list of Award Winners is below. For lots of photos from the parade, please click here for the RMC Photo Club’s Flickr page.

The parade also saw the presentation of two Commandant’s Coins, presented by RMC Director of Cadets 20478 Col Chris Ayotte on behalf of the Commandant.

27751 OCdt Reina Cho of 8 Sqn received hers in recognition of outstanding leadership as follows.

Late at night on 16 January, two students from the Japanese National Defence Academy arrived at the Kingston airport. Unbeknownst to them and to the staff of the Royal Military College, no arrangements had been made for their welcome and escort to Campus grounds. After waiting at the airport alone they made contact with OCdt Cho, who they had met at a conference a couple of years ago, through Facebook to find out what was going on. OCdt Cho took the initiative to immediately organize their movements and accommodations by informing the CWC who went to the airport and picked up the two cadets. OCdt Cho invited them to stay with her until other arrangements could be made. Because of her ability to speak Japanese, OCdt Cho remained the primary point of contact for the two cadets during their stay at RMC. Despite her demanding academic schedule, Aerospace Engineering, she took every opportunity to spend time with the cadets showing them around campus and making them feel comfortable in a foreign environment. OCdt Cho went above and beyond of what is expected of an Officer Cadet in this situation, she demonstrated outstanding leadership and initiative. Her actions emulate the type of junior leader that we, as RMC, are trying to develop.

29024 OCdt Hunter Adams of 12 Sqn received his in recognition for assisting in a rescue as follows.

OCdt Adams was instrumental in conducting a rescue in the evening of 16-17 Feb 2019. He deployed  with his father in the Sherp ATV after the police contacted him for assistance in rescuing two stranded snowmobilers. The terrain was unforgiving, the snow was over 5 feet deep in some spots. OCdt Adams broke trail by crawling and swimming on the snow to get to the victims, rendered immediate first aid to the two males, gave them his toque (they had none) and mitts and helped Evac them back to the Sherp where the paramedics were waiting. As an aside his legs were cut (superficialy) by the frozen layers of icy snow. OCdt Adams put himself out there to help fellow citizens he did not know. OCdt Adams displayed poise, leadership, technical abilities and was able to motivate the victims with dignity and charisma, well done!

In the most sportsmanlike category, the winners are:

In the Most Valuable player category, the winners are: