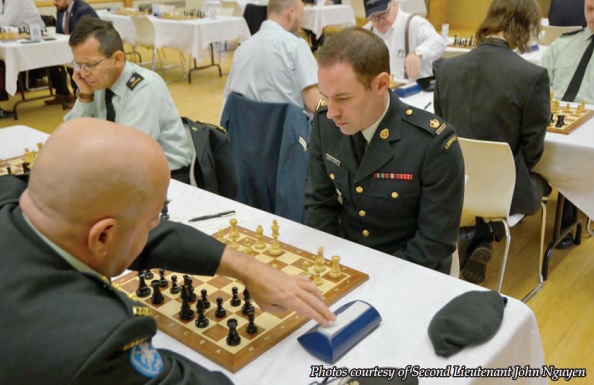 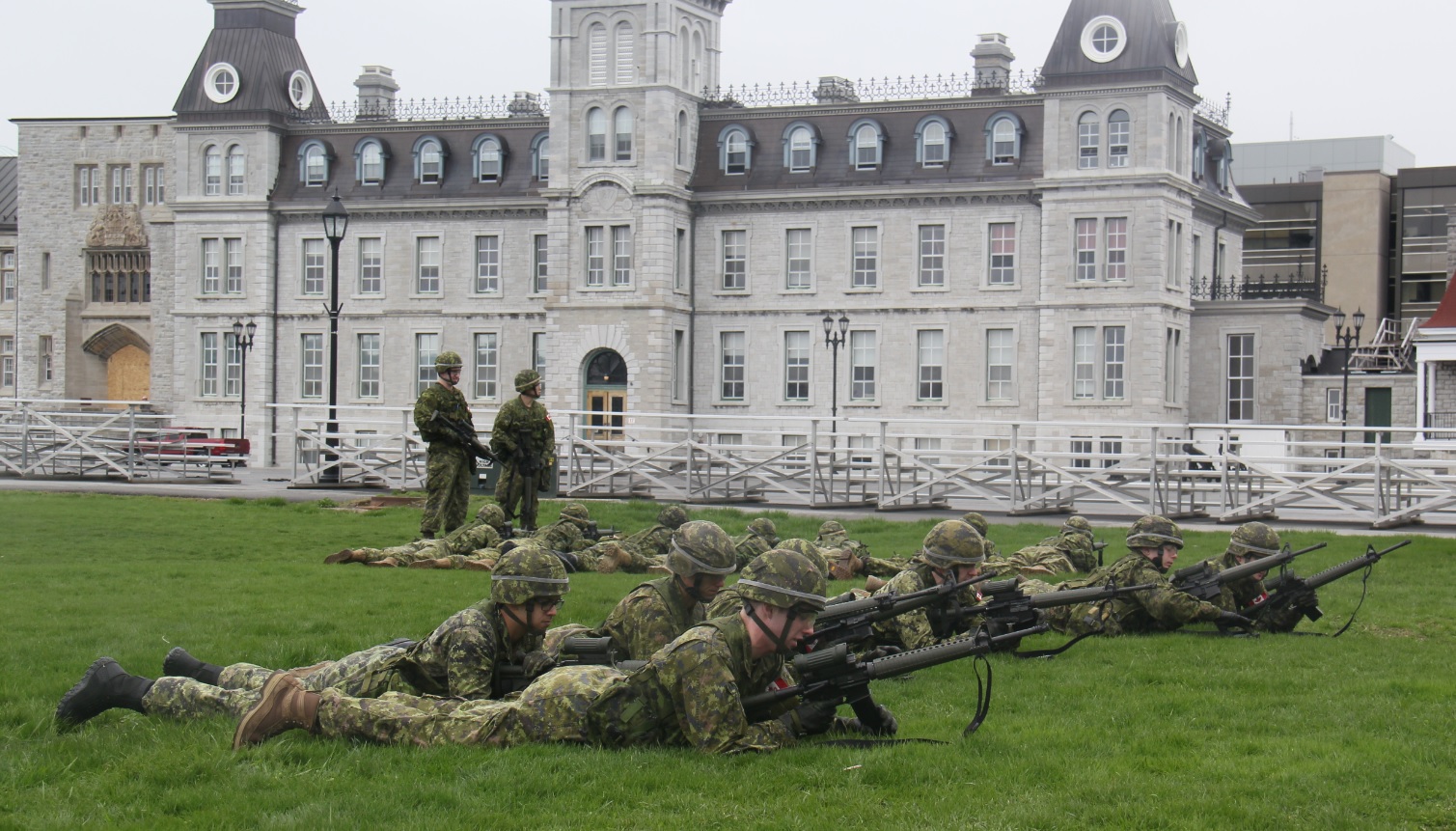 For the past week, Cadets from the Royal Military College of Canada have been participating in the annual Environmental Preparatory Training (EPT); a week-long program that focuses on preparing them for their respective courses this summer. The Cadet Wing was split into groups by element, then by course, and were taught a number of lessons that will be applicable and important over the course of their summer training.

The College’s Naval Cadets flew out East to CFB Halifax to visit the RCN’s Atlantic fleet and received valuable training that will prove to be useful as Naval Officers. They had the opportunity to sail on ships, learn the ins-and-outs of numerous trades available to them as officers, practic putting out fires on ships, and gain knowledge of the weapon systems.

During one of the evenings, the large group of Cadets got together for a formal mess dinner in honour of the Battle of the Atlantic; a large naval battle the occured for the majority of the Second World War. Here, they had the opportunity to meet and mingle with numerous high-ranking officers and the Minister of National Defence, Harjit Sajjan.

The College’s Air Force Cadets spent the week completing online courses to better familiarize themselves with the realities of working in the Air Force and ensure that they have the knowledge to carry out their duties as Air Force officers. For some of the Officer Cadets in 3rd and 4th Year who have more qualifications, they spent the week at a number of Wings and Squadrons getting more familiar with their respective trade environments.

The College’s Army Cadets doing BMOQ-L this summer spent the week at RMC and CFB Kingston to refresh the skills they learned during BMOQ and ensure that they are ready for the challenges Gagetown or Valcartier will throw at them. This included section attacks, orders, C7 and C9 familiarization, navigation, ruck marches, and basic recce operations. Other Cadets who are going on DP 1.1 or 1.2 courses this summer spent the week at CFB Gagetown or Valcartier to receive more specialized training the better coincides with their trades.

Officer Cadets who will be doing BMOQ Mod 1 or 2 at the Saint-Jean Garrison this summer spent the week learning the basics of giving orders, creating map models, carrying out section attacks, and C7 refamiliarization.

Overall the week was well spent and beneficial for the Cadet Wing as a whole. Having the skills needed to carry out training effectively and efficiently will better prepare the Cadets for the challenges of their summer training and allow them to become more proficient officers. 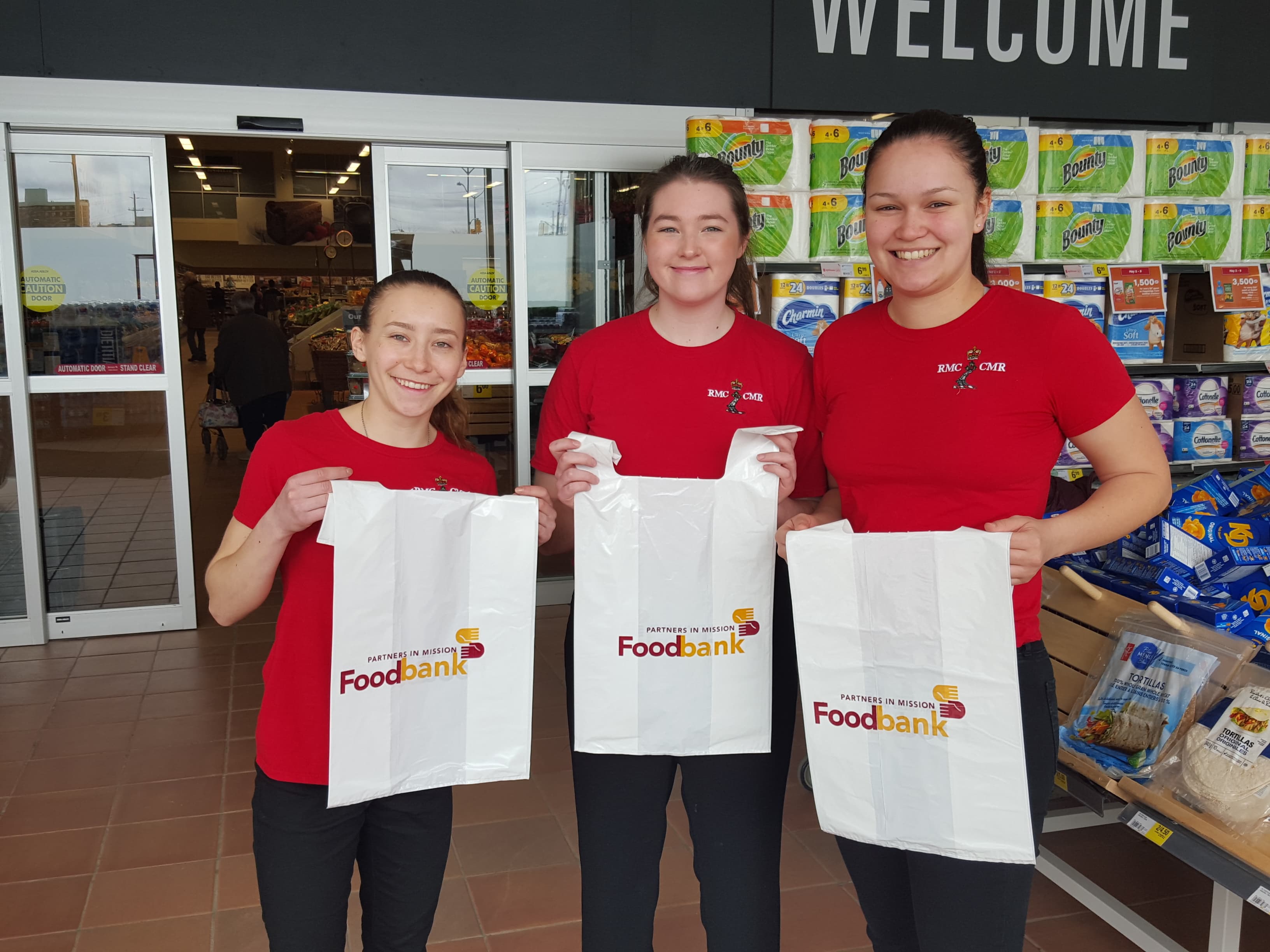 This past Saturday, May 4, all of the RMC Cadets in First Year (minus those on math camp) were distributed across four grocery stores in Kingston throughout the day to help collect and sort money and food for the Kingston Food Bank as part of their annual “Food Blitz.”