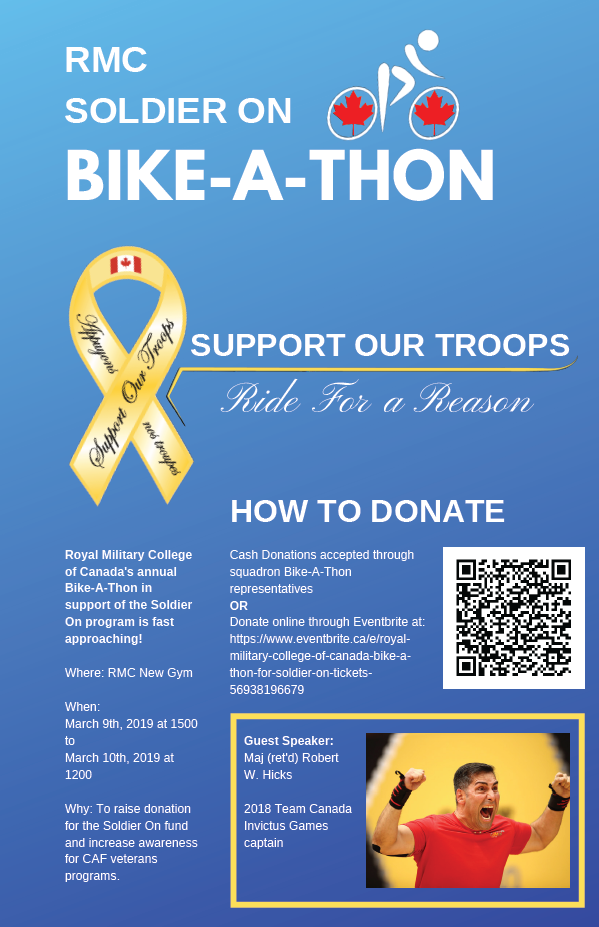 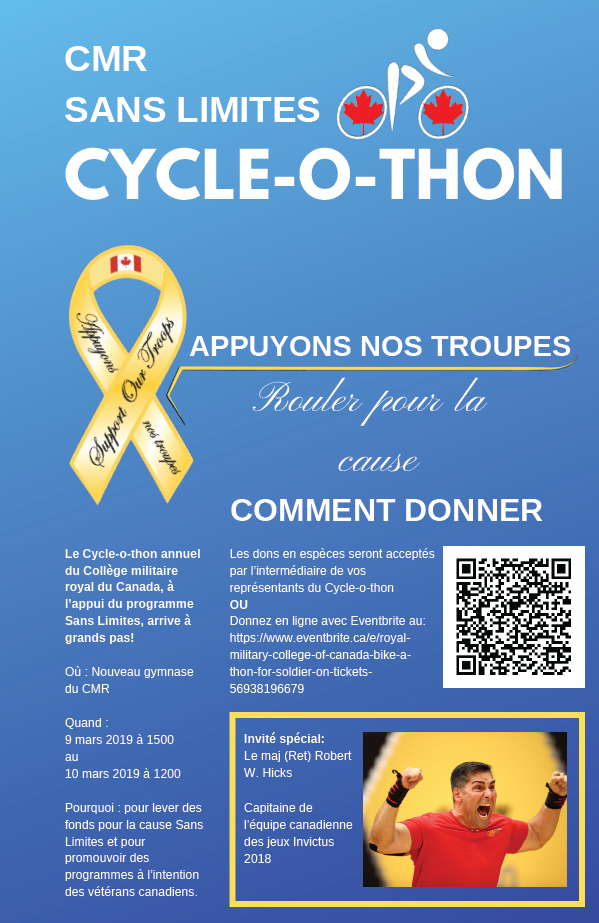 If you wish to donate online, please follow the link below.

***
Thanks to the generous donation of donors to the RMC Foundation, Cadets were off on a number of adventures over the recent Reading Week. The following are their stories. 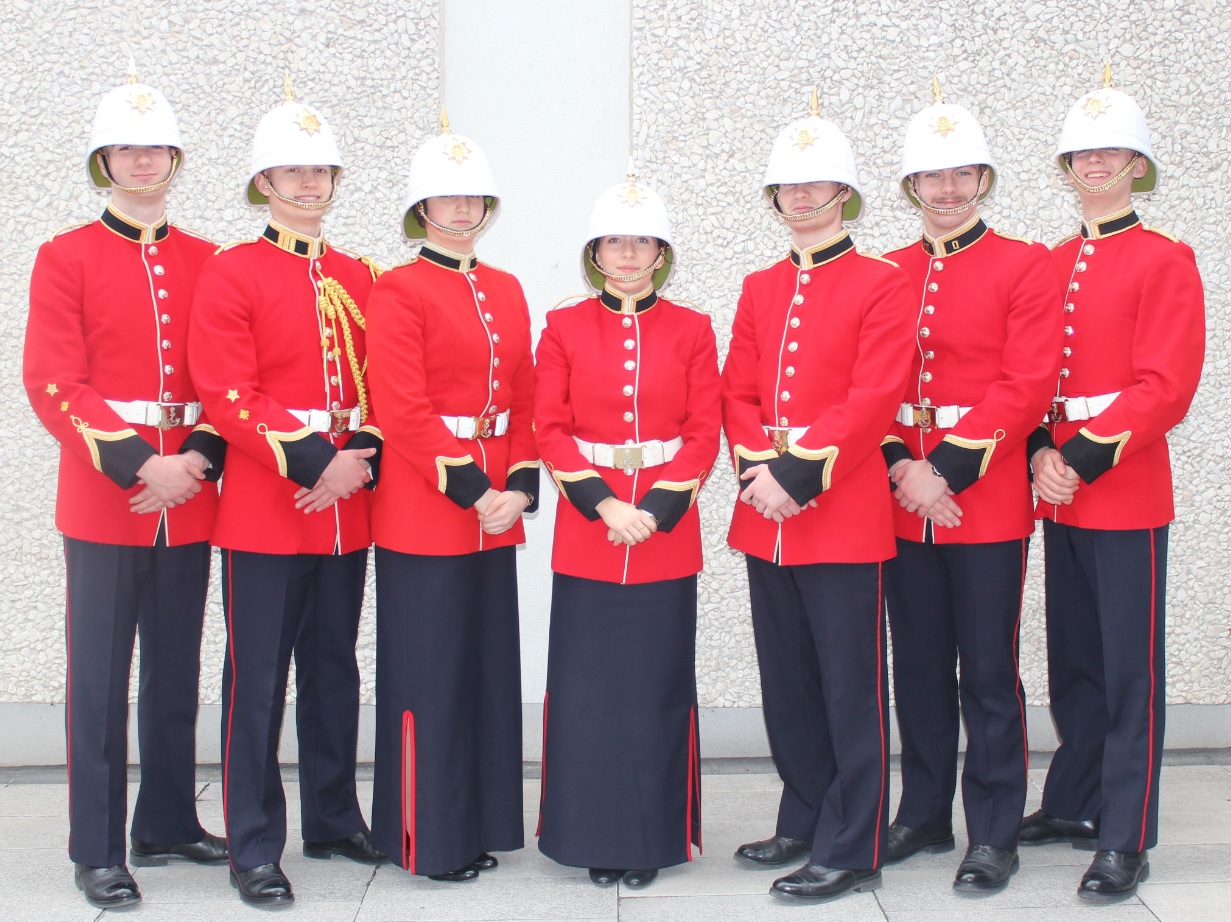 Through the support of the RMC Foundation, eight Officer Cadets travelled to Ottawa for the Carleton Model NATO Conference. The students were able to hone their debating and public speaking skills to further their knowledge and understanding of how NATO operates. They were also able to work on their leadership and teamwork skills, as all decisions were required to be through consensus and that required constant interaction with other delegates and hard work to achieve a solution agreeable to all parties.

The Officer Cadets represented both Norway and Poland in multiple committees and required extensive preparation to understand the policies of these countries in order to protect their interests during the simulation. In addition to their own research, they were also invited to meet the Norwegian Minister Counsellor, Ms. Else Kveinen, who provided them a detailed presentation on Norway, its values and its policies. Afterwards she entertained questions on both Poland and Norway to clarify any outstanding issues.

Every cadet held themselves to the highest standards of diplomacy and were recognized by others at the event for their hard work and dedication to the simulation. The Cadets would like to thank the RMC Foundation for supporting the RMCIAA and for Dr. Lepine’s professional guidance in their endeavours. 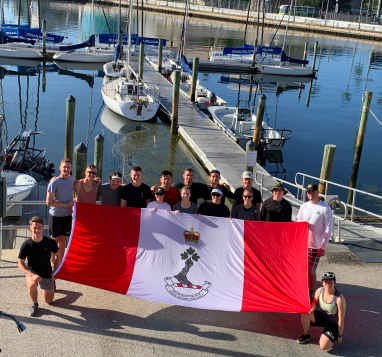 RMC Sailing Team in Florida for the CICSA Mid-Winters

The event was hosted by National One Design Sailing Academy and the team was overseen by coach Mark Laura. On top of RMC, there were sailing teams from Dalhousie University, Queen’s University, and the University of Toronto.

We arrived in Florida on Saturday night, then on Sunday, our only day off, we took full advantage of the beautiful weather and went to the beach. On Monday morning, the sailing clinic began and all teams met at the St. Petersburg Sailing Centre. After a quick briefing in the sailing centre, we would walk out to the docks and rig up our boats before sailing out into Tampa Bay.

The clinic ran for the first three days of the week. We learned to get a feel for the boats, as well as tactics and strategies to win races, all with supervision and coaching from Mr. Laura and several other experienced sailors. We did drills to practice tacking, jibing, hoisting the spinnaker, getting a good starting position for races and more. 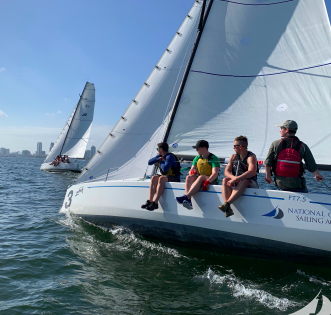 A major highlight for me was when we were sailing along and some dolphins decided to swim with our boat, jumping just a few feet away from us!

Many people on our team had never sailed that type of boat before, which are called Flying Tigers: a 7.5m keel boat with four to five people manning it. These boats are smaller than those that the RMC keel boat sailors compete on, but much bigger than the 420’s that the rest of the team uses, so it was a learning experience for everyone on the team.

Although they were different boats than those we usually sail, the techniques, and strategies stayed the same. I’m excited to apply everything that I learned over the past week in this upcoming sailing season.

Most afternoons we would finish sailing around 1600 and de-rig our boats, then have a short meeting to discuss some things the coach had noticed over the course of the day. They were long days on the water, but despite being tired, every night our team would make the most of being in Florida together.

This included going out for dinner as a team, hanging out with teams from other universities, or going to the beach to watch the sun set.

The final two days of the event were a regatta, a competition between all of the boats which had taken part in the clinic. Unfortunately the wind was very low these two days, so a few of the races were cancelled, but overall the RMC Sailing Team did quite well, and one of our teams came in third place.

All in all, it was an amazing trip and a great learning experience as well as an awesome team building opportunity, and the team is so grateful for the support of the RMC Foundation.

A week ago, I had the privilege to earn my solo skydiving certificate with the skydiving club at RMC. Members of the club made the drive down to Florida and eagerly looked forward to putting a year’s worth of preparation into action. And it was more than worth it.

Personally, it was my first-time skydiving, and I had a great time with it! By the end of the week, I had completed 10 jumps, 5 of which were completely on my own. Now I’m able to jump anywhere in Canada or the United States.

Some of the people who were on the trip had gone the year before as well, so they had the ability to earn their A level licence, allowing them to pack their own parachutes and jump in small formations of people.

There’s nothing quite like jumping out of an airplane at 13,500 feet. The sense of freefall is something that I will never forget. On top of the adrenaline-inducing jumps, the weather was beautiful; super warm compared to Canada, and no snow! I miss Florida already!

In my opinion, the best part of the trip was spending time with some awesome friends! We had plenty of free time to have fun, go to the beach, and some of use even had the opportunity to witness our first rocket launch by SpaceX out of Cape Canaveral!

Overall, the trip was an amazing experience, and one that I will never forget! I would recommend it to anyone, especially those afraid of heights. There’s no better way to get over your fear than by jumping out of airplanes with a great group of people. I would do it again in a heartbeat!

I’d like to extend a warm thanks to the RMC Foundation for giving us this opportunity, as well as everyone who’s helped us out along the way and allowed us to make this dream of skydiving a reality.

The Week That Was In Professional Development

This week, the Third Years went on a ruck/walk up to and around Fort Henry. We were split into two groups with two divisions in each. Our squadron commanders accompanied us on the snowy morning walk. It was a good time to reflect on our Reading Week while also getting back into the RMC routine.

This week’s PMT for the First Years was a brief on the NCM’s role within the elements. The brief was well prepared and presented however it could have been into and given to each element separately instead of all together. This would have allowed the briefs to go more in depth with their respective elements instead of a broad overview of each element sharing the time space. With this done it would have given a better understanding of what the NCM’s do and would have allowed us as officers to have a better understanding of our job once we graduate RMC.

Prior to the sound of the bagpipes signaling the 10 minutes before taking our seat, Maj.-Gen. Cadden offered the fourth years Cadets a speech full of wisdom. He talked about leading from the front and having respect for subordinates.

The mess dinner went on as a nice three course delicious meal was served by the mess staff. An hour and a half in, the head table stepped up for short break of 10 minutes, during which many Cadets saw the opportunity to play a few songs on the mess’ piano.

Upon returning, mess dinner procedures and traditions were followed. The event ended with the toast of the trade branches featuring RMC’s music band playing out the marches. Some of the Cadets, were hesitant to stand when their march pass was played, leading to Maj.-Gen’s comment about the importance of tradition and culture of a unit, regiment or trade for the Army.

Overall, this was a good learning experience for Cadets about to begin a career in the Army.

The Wine and Cheese is an annual event that allows the Cadets to socialize, have some fun amidst the pressures of academic life and, of course, drink wine! The wines presented to the Cadets were varied in style, variety and region. Six wines in total were featured in the event and tasteful snacks were also presented as accompaniments. From tropical fruits flavours of the Santa Carolina Reserva Chardonnay, to the dryness and spiciness of the Porcupine Ridge Syrah, the wines were presented with their information on a big screen. This allowed the Cadets to appreciate the diverse tastes while recognizing the varietal of wines.

For some curious folks, here are the wines that were presented that night:

While the atmosphere filled with chit chats of Officer Cadets, snacks of cheese and meat were at the heart of the event and became tastier as the evening went on. The night ended with the songs of a guitarist Cadet and the signing voices of the future graduates.