“The pig was harvested, dressed and transported to the park.”

A state park in the State Parks Division’s Piedmont Region of a Mid Atlantic state in the U. S. experienced a severe late summer storm—probably a microburst.  The storm  destroyed the park’s very popular campground.  Rebuilding of the campground represented a $200,000 unfunded requirement in 1993 dollars.  The division and its agency were deeply involved in preparing for execution of an expected  $92M General Obligation Bond issue and its anticipated 300+ projects as well as the roughly $2.5M in annual maintenance reserve projects already committed.  All resources were essentially obligated for the next 18 or more months and the Design and Construction Office was fully engaged.  In other words, no funding or agency support was on the near term or even mid term horizon for a reconstruction project.

But, the campground’s vital role as a region vacation location affordable for young families with its adjacent dammed lake, beach, water liveries of canoes, paddle boats and kayaks as well as hiking trails and bike trails integrated with the connected state forest, argued for finding a timely solution.  Some funds might be available through modification of some maintenance reserve projects.  The park and other parks had staff with skills necessary to perform some tasks in the construction of the new facility and the in-house design capabilities of the division’s Design and Construction Office might still have the capacity, despite the office’s current demands, to develop an in-house plan for the new campground.  But earth moving and road building capability was unaffordable at the time, especially through private sector contractors given the extent of work necessary.

As the region and park manager struggled to piece together a plan and the means to execute it to rebuild the campground before the next summer, prospects for success did not appear promising.  Even an approach that optimized concentration of necessarily skilled park staff from across the region had a down side in its effect on essential operations in the other parks and travel and per diem costs.  As well the limited state recreation access program’s funds were unavailable over the next budget cycle. Some means to solve the problem currently not available anywhere in the current known state resource pool had to be identified if a solution was to be had.

The region manager had assumed that role a little more than a month earlier.  From previous experience working with the National Guard while an Army officer on active service, he was aware that a combat engineer battalion was a unit of the state’s Army National Guard force.  He was also aware that project deployments of National Guard engineer units on their two week Annual Training to projects of the type the campground represented had precedent. Projects of this type were sought by the Army National Guard to develop stronger relations with the community.  Such projects were consistent with the military mission of engineer units and an engineer platoon using its battalion’s equipment assets was a perfect fit for all of the road and trailer/camper pad excavating and grading that would be needed for the project.  Such capability was particularly important for the site given the broken nature of the terrain.

If the Guard would make an engineer platoon available, supplemented with park staff, the project would be possible. If the guard unit could be scheduled for its Annual Training at the park by the state Army Guard Headquarters, ideally before the Memorial Day Weekend, the new campground campus could be completed. The Department of Transportation agreed to surface the newly graded roads as soon as grading work completed.  This initiative would leverage a standing Department of Transportation road surfacing account active in the park’s location.  If this schedule could be coordinated and executed, despite the lack of Park Division funding, the campground could be made available to the public the following summer.

When first briefed, the Parks Division leadership had some reservations. Such a thing had never been done in their experience. But the region manager’s arguments prevailed and leadership got behind the idea.  There was agreement to proceed.

With the authority to lead the agency’s inter agency communication and coordination, the region manager opened communication with the state’s Adjutant General’s Office and the Department of Transportation.  In a short time an inter agency team formed to coordinate the project.  The state Army National Guard Operations and Training Office’s largest hurdle was the annual training plan and adjusting it to make an appropriate combat engineer platoon available at the desired time.

Ultimately, the Guard managed the schedule adjustment and issued orders for the platoon to deploy to the park site prior to Memorial Day. In the intervening months before execution of the project, park staff under the exceptional leadership of the park manager, a highly skilled and able project manager and leader, cleared the downed trees and performed other needed clearing of the site, acquired and assembled materials and did other preparation.

The engineer platoon deployed and the region park staff team assembled on the site under the park manager and work initiated.  The region manager continued to actively monitor the project at region and division level and oversee and facilitate all intra departmental and inter agency coordination, necessary support development and acquisition. The work proceeded without problem to include Department of Transportation’s resurfacing work.  A first class new campground site took shape and was completed.

The restored campground was available and operational on time for the season.  It saw heavy use by the public who took full advantage of enjoying the park, something that had been in doubt at end of season the previous year.  Many young families thus benefitted from the ingenuity and leadership demonstrated by the staff of the Parks Division and interagency teamwork between parks, its parent agency the Department of Recreation and Conservation, the state Adjutant General’s Office and Army National Guard and the state Department of Transportation.

But the Parks Division carried leadership and appreciation to the next level.  Every year at one of the Division’s coastal parks, feral pigs were harvested.  The pigs caused significant damage to foliage on park lands when their population rose to certain levels.  Consequently a program was in place to reduce the population by some amount each year. One of the staff at the Parks Division Headquarters, an Army veteran of Viet Nam and a native Texan, was skilled at preparing a pig a la Texas BBQ style, and had the equipment to do so.  He had prepared this BBQ delicacy at several previous events.  It was proposed that the Guardsmen who had done such outstanding work for their fellow state residents be feted with an “Appreciation BBQ” on one of the parks close to the capital where the Division leadership would have the opportunity to recognize their work.

The Division Director promptly made the decision to proceed.  The pig was harvested, dressed and transported to the park.  The Division’s Texas BBQ chef did his magic and it was delectable—the Guardsmen feasted grandly.  And the Parks Division leadership took the opportunity to honor the Guardsmen and express their appreciation for the hard work that had produced such a successful result.

This case illustrates a tough problem that not infrequently confronts state level agencies often operating on austere budgets.  In this case, leaders at every level did the right thing as leaders.  They thoroughly investigated courses of action and options.  They thought outside of the box. They identified a doable course of action, made a decision to proceed, and decisively pursued that course of action.

There was some risk and the action pursued was something not previously attempted—but the leaders persevered and made it happen.  As well, the inter-agency cooperation was exceptional.  The case illustrates what committed, innovative and decisive leadership combined with highly effective project team building can do to achieve success on scarce resources—even achieve the rare, ever sought after and mythic goal of synergy. 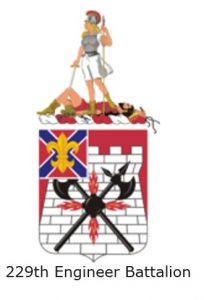