Life After FYOP: What to Expect as a First Year 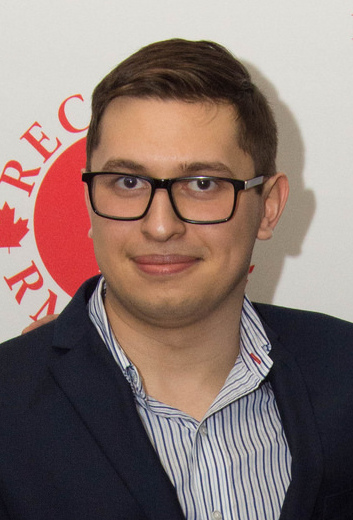 Author’s Note: This article is intended for the incoming first years, who will arrive at the College to begin their First Year Orientation Period [FYOP], on August 26. It also serves to generally explain what they can expect life at RMC to look like after they complete FYOP. Their friends and family may also benefit from reading this article. Articles about FYOP itself will be posted following the Arch Parade and throughout the month of September.

In the next couple of weeks, thousands of graduated high school students from all across Canada will return from their summer breaks to begin the next chapter of their lives as first year college and university students.

Yet, out of the hundreds of post-secondary schools in Canada, only one serves the additional and unique purpose of producing nearly a quarter of the Canadian Armed Forces’ Officer Cadre. That school, of course, is the Royal Military College of Canada (RMC) in Kingston, Ontario.

On August 26, the next generation of Officer-Cadets (OCdts), the Class of 2021, will participate in their first RMC tradition, the Arch Parade, in which they will march underneath the memorial arch, symbolizing the beginning of FYOP. One month later, to signify the end of FYOP, they will complete the College obstacle course and will march in a badging parade, symbolizing their inclusion in the Cadet Wing.

After the hectic four weeks of FYOP end, the first years will be glad to start settling into the day-to-day routine of an OCdt.

Meeting the College’s fitness requirements are mandatory for an OCdt to become a commissioned officer in the CAF. Thereby, fitness is part of the everyday life of the entire Cadet Wing and the PPT is a measure of how much one has progressed since their first year.

In addition to PE classes and the PPT, the College also offers a wide variety of men’s and women’s varsity sports and mandatory intramurals for those who do not play on a varsity team. Sports are a phenomenal way to relieve stress, exercise, and to develop teamwork.

The amenities at RMC are also much better than one might expect when they hear the word “military.” While not a five-star hotel (nor is it meant to be), the rooms and dormitories are well-maintained and provide a comfortable living space. The Cadet Dining Hall (CDH), also provides quality, nutritious food so that OCdts don’t have to worry about cooking and groceries.

The cleaning and cooking staffs are among the most important people at the College, as they ensure that the OCdts have their basic needs met and are able to focus on their studies.

Last, but certainly not least, is the social aspect of the College. First years tend to make their first friends during FYOP, when they spend most of their time bonding with their flight. After FYOP, they will continue to maintain this relationship, but will quickly befriend other people in their squadron, classmates and sports/club mates.

Having a good group of friends and being open to meeting new people allows an OCdt to build lasting relationships that will serve them throughout their military career. Socialization is promoted at RMC, through events like the Christmas Ball and Holiday Mess Dinners, and Kingston itself is a great city for university students to spend their free time. Most importantly, a first years friends, senior cadets and flight-mates are able to provide support and help them weather tough times.

So, generally speaking, life at RMC is pretty good. While it is a challenging environment, whereby cadets must continuously meet high academic, military and fitness standards, it also provides plenty of opportunities for one to make memories that last a lifetime.