The infantry company moved on foot steadily along the hot dusty Louisiana road.  The company was one of hundreds of such companies deploying on the largest U. S. Army peacetime maneuver exercise in its history with hundreds of thousands of troops participating.   The maneuvers would prove a U.S Army leadership watershed.  For the company—it would be a “rubber meets the road” or more appropriately “shoe leather meets the road” leadership experience with death.

It was August and still hot with ample humidity to make the march a trial—the chafing of the blue denim fatigues of most of the soldiers on thighs and other prickly skin in contact with the rough cloth was like sandpaper on the skin.  Some men had been issued the new M1 Garand semi-automatic rifles while some retained M1903 Springfield Rifles, bolt action weapons.  Either way, the equipment and personal items  load with WW I era helmet, rifle, bayonet, entrenching tool, canteen and other gear added to the chafing and strain on the body in the heat.

It was late afternoon and the unit had been moving since early morning—before sunrise.  It had already  moved 17 miles with breaks and would likely be well over 20 miles by evening with another day of marching ahead.

The older infantrymen of the company, still young men in their early 20s, had enlisted in the New England National Guard in the late 1930s, participating in the accelerated training the Guard began to engage in before mobilization as war seemed ever more likely.  They had then been mobilized as part of the Army of the United States in February of 1941 for a year, to return home at the end of the year.  The country was still not officially at war though it was preparing for the likely eventuality.

The unit had moved south to a base in Florida and had been brought up to strength with drafted men graduating from Army training centers, primarily in the Southeast, many from a center in South Carolina.  The training in Florida was intense with emphasis on conditioning, weapons training, offensive and defensive infantry and anti-tank tactics and a great deal of road marching.  At first, for the remaining New Englanders, there was an acclimatization challenge but by August of 1941, most had made the adjustment.  But a road march with an infantrymen’s load, even in August in Louisiana took its toll.  Even the newer soldiers from the southeast felt the strain after a long distance of movement with a rifleman’s load.

Already the soldiers had learned the trick of checking their sleeping bag before crawling into it for unwanted visitors. Scorpions and snakes were known to use the interior as a comfortable shelter if left unrolled on the ground and unattended.  The former would crawl into boots at night.  Through some painful experience every man had learned to check boots and anything else these local fauna could crawl into before putting it on or using it.  And snakes like the venomous coral snake found a sleeping human body on the ground a source of warmth in the cooler night—more than a few soldiers had experienced these and other unwanted serpentine “guests” of their unintended hospitality.

By August of 1941, most of the soldiers of the company had made the adjustment to the climate and conditions prevailing in the Southeast United States.  Much of the country they were moving through remained rural small farms and large stands of primarily pine forest.  Though the U. S. highways of the time were paved as were many of the major town and county roads, many roads were still gravel or packed earth, with a fair amount of dust in the hotter, dryer weather and rich with mud in the wetter season.

The men of the company knew bits and pieces about the enemy through what command information had come down as well as the rumor mill.  But for the most part they were in that curious state of mind that infantrymen form on the march—usually quiet, self absorbed in thought of the individual soldier, some even achieving a state a step above sleep.  For others, the passing countryside had its own charm and for the New Englanders particularly, it was almost like traveling in a new and foreign land.

For some of the New Englanders, those whose 17th Century ancestors had come into Quebec and French Acadia before eventually moving further south into New England, particularly in the latter case, they would unknowingly be moving thorough settlements populated by cousins whose ancestors had been expelled in 1755 from Acadia by the British Government and later resettled in Louisiana.

The soldiers pushed on in the day’s last march surge before halt and putting out security and going into bivouac.  Extended marching can be mind numbing for the soldier.  The non-commissioned officers (NCOs) and officers with experience in good units learn as leaders to retain their mental engagement—on the march learning each man’s characteristics, such that at any sign something is different and a potential for injury or worse, intervene.

Leader’s become skilled in attention to foot care during breaks.  They check load-bearing equipment that it is not working against the soldier on the march.  Checking hydration and monitoring any soldier who has had a previous injury was by now an automatic NCO action.  An infantry unit with effective leadership at every level will, even after a series of long marches, maintain itself with soldiers moving at the designated pace, well ordered for security and maintaining proper spacing and march unit sequencing.  Straggling will be minimal in good units. 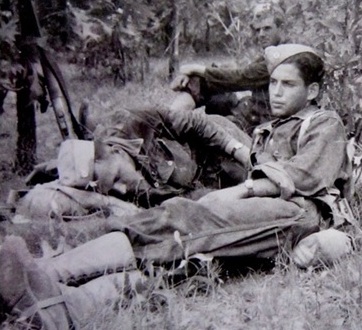 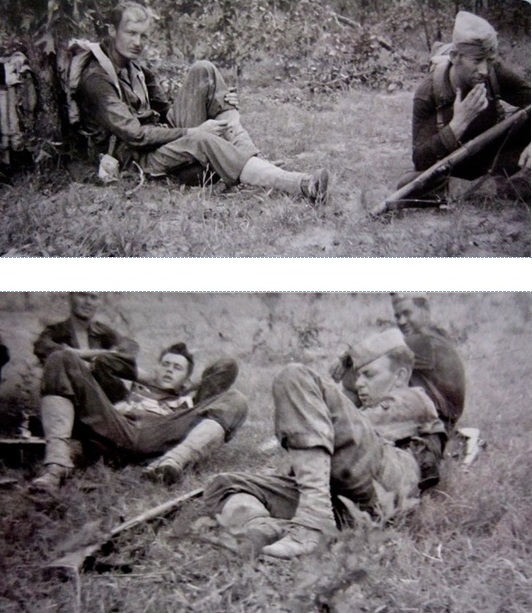 In the leader mix, the private soldier on the march plays a role as well.  The soldier that has adsorbed his training and sense of duty well, exerts his own leadership on self and comrades when on the march.  The latter is often in the form of soldier banter between squad mates, usually in the droll joking that infantrymen develop.

And so the column pushed forward deeper into Louisiana.  As the sun positioned lower in the West and dusk came on, the halt was called.  After several days on the march, the fatigue was such that men literally dropped in place, instantly dozing off.  From earlier experience they had learned to locate by the biggest tree in the area.  As dusk and later as dark came on, supply and other vehicles would be moving through the area, especially of concern being the 2½ ton six by six trucks.  There had been incidents where sleeping soldiers had been run over by the trucks.

That night, the bivouac was pretty much where men were when the halt was called.  The company had moved off the main road it had been moving along into a copse of pine trees.  The pine needle bed was soft and soothing putting most of the privates to sleep on hitting the ground—most by a tree.  Leaders moved to check location and get accountability but light was failing fast.

Later after dark a supply truck was moving through the area, it had a guide but in the dark under light discipline the truck was unable to check the forward ground well enough.  The worst happened, a sleeping soldier was run over.

The situation brought home to every soldier and leader in the company something they already knew but could never know enough—they were in an occupation that was inherently deadly even in its most benign environments.  Diligence to duty and awareness of situation and acting effectively in the situation was again reinforced in this sad event—the boundary between staying alive and death was always staring the soldier in the face.  That boundary deserved respect at all times.

In the above sense the lost soldier made an invaluable contribution to his comrades—he taught them to remain ever vigilant to duty, even when exhaustion and situation seemed to be overwhelming.

All of the company’s leaders redoubled their personal and collective effort to improve themselves as leaders.  As the future would demonstrate, there would be many tests of their resolve in the coming four and a half years for those who survived.

The Louisiana Maneuvers of 1941 continued.  Some 400,000 troops participated.  There would be 26 soldier deaths—such as exhausted sleeping soldiers run over at night by trucks.  Large numbers of these fatalities were from vehicle induced trauma.  The maneuvers had many impacts on the force that was being forged such as the development of a 16 armored division component and the forming of a large anti-tank establishment. 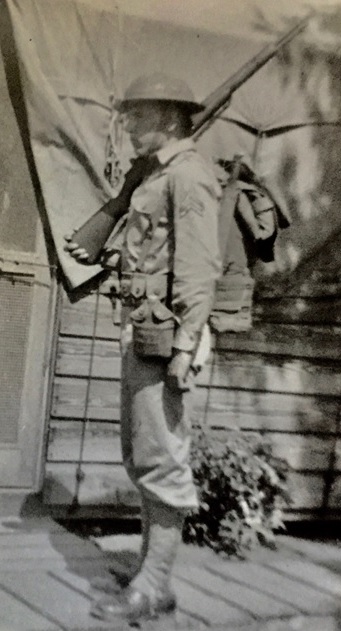 But for one rifle company’s leaders, it was a way station on their journey through the most demanding practical leadership academy of their lives—one that would touch their very souls and bind them forever to the soldiers from whom they learned their most lasting lessons of leadership. 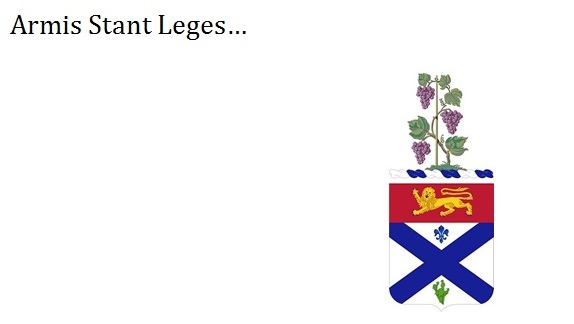 What are the Museum Staff Doing?