Article first appeared in the VERITAS magazine (April 2002) – 5611 Gerry Stowe was the magazine editor at the time.

The 3 PPCLI Battle Group deployed for Operation APOLLO in Qandahar, Afghanistan in early February. Upon arrival, the Battle Group took over perimeter line positions, as part of the Airfield Security task, from our American counterparts. The 3 PPCLI Reconnaissance Platoon, however, assumed a slightly different task. The Special Forces (SF) unit that had been operating hand-in-hand with the regional Anti-Taliban Forces (ATF) was expecting to be rotated out of the region shortly after our arrival. Recce Platoon was tasked to maintain the close working relationship with the ATF in the area surrounding the airfield. With that, I began conducting liaison and handover briefings with the SF team leader. In short order, I had the pleasure of meeting some of the key players in the regional ATF hierarchy. I was introduced to Commander Gullali, the regional ATF Commander, and shortly thereafter began integrating my platoon with his forces. Commander Gullali and his men have proven to be extremely capable and professional assets to the Coalition effort surrounding the airfield. By the second week of operations, my platoon complete had moved outside the perimeter of the airfield and began living with the ATF forces. I dispatched two of my reconnaissance groups to live in an ATF compound occupied by the brother of the Governor of Qandahar. From this patrol base, these two groups conduct joint patrol with from the ATF by both day and night. One of three reconnaissance groups lives in a compound with Commander Gullali. This group is designated the Stand By Group (SBG) and is responsible to react at extremely short notice to incidents or “hits” picked up by the Coyote’s surveillance assets of the Armoured Recce Squadron who man the perimeter.

As the Recce Platoon Commander, I have developed a close working relationship with the Commander Gullali. My days are mostly spent with him and his “close work team” discussing tactical issues regarding activities throughout the AOR. This has included working together to locate a number of extremely large ammunition and weapon caches, pursuit operations throughout the AOR, route clearance operations, and emplacing additional observation and security posts to cover the avenues of approach into the airfield.

My time in Afghanistan his been extremely rewarding thus far. The working relationship with my platoon has developed with the ATF forces has afforded both parties substantial advantages. The fire-power, mobility, and surveillance assets which Recce Platoon has access to have proven to be excellent complements to the ATF’s tactical knowledge of the terrain and the enemy’s method of warfare. While the past month of operations in Afghanistan have been challenging and rewarding for Recce Platoon, I expect the coming months to be even more more so. Having the opportunity to command a Light Infantry Reconnaissance Platoon is something I have always aspired to. The soldiers in my platoon are some of the most technically proficient and motivated soldiers I have ever come across. This, combined with the opportunity to work with the platoon in an operational theatre will certainly make my experience during Op APOLLO something to look back upon fondly. 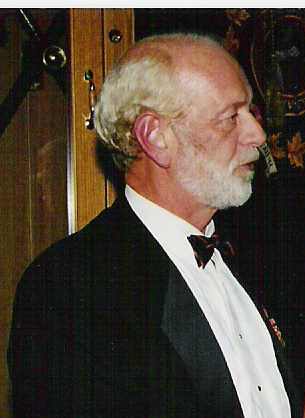 20779 Captain Ryan J. Latinovich is the Recce Platoon Commander with the 3rd Battalion PPCLI. While at RMC, he was a member of the Varsity Hockey Team for four years and captioned the team in his final year. During his time at the college, Ryan held the positions of Second Year Deputy Class Senior, Third Year Class Senior, Deputy Cadet Wing Training Officer, and Cadet Wing Training Officer. During his third year at the college, Ryan was selected for a seven-month exchange in Australian Defence Force Academy. Following graduation, Ryan accepted a scholarship for Post-Graduate study in International Affairs. Following Post-Graduate study, he was posted to the Third Battalion PPCLI in Edmonton, Alberta. His time with 3 PPCLI has been extremely rewarding. He served a year with Mountain Operations Company and a year with the Parachute Company including a tour to Bosnia. Following his time with the Parachute Company, Ryan took over the Battalion Reconnaissance Platoon. It is in the capacity as Recce Platoon Commander that Ryan is currently serving in Qandahar, Afghanistan.