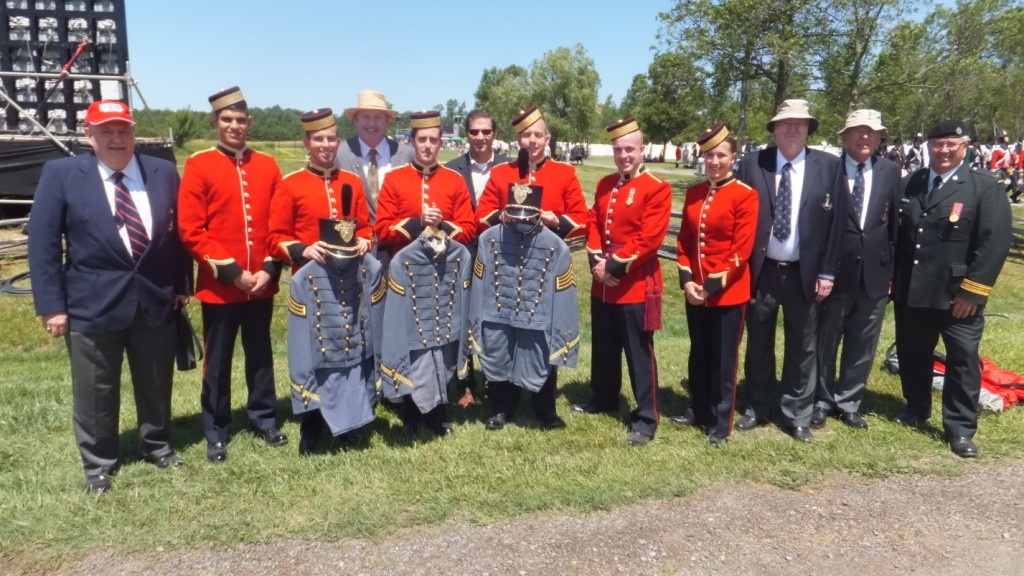 LOSING AT CHIPPAWA: RMCC CADETS COMMEMORATE THE 200th ANNIVERSARY OF THE BATTLE OF CHIPPAWA

On the 200th anniversary of the Battle of Chippawa—a battle fought on 5 July 1814, which saw Maj-Gen Jacob Brown’s American Left Division overcome Maj-Gen Phineas Riall’s British Right Division in one of the War of 1812’s largest and bloodiest engagements—cadets from the Royal Military College of Canada were graciously hosted by ex-cadets from the RMC Club at an on-site re-enactment of the historical battle. OCdt Kevin Bowen (26282), NCdt Kyle Williams (26470), OCdt Michael Hobb (26511), NCdt Shane Coote (26550), NCdt Adolina Gawne (26602), and OCdt Arpit Mahajan (26709), along with Maj John Grodzinski of the RMCC History Department, proceeded from Kingston to Niagara, Ontario early Saturday morning in order to commemorate the battle’s 200 year milestone and contribution to Canada’s long history as official ambassadors of the Royal Military College. 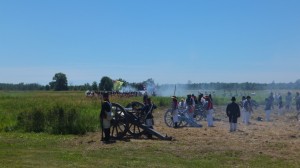 Immediately upon arriving at Niagara, the hospitality offered to the cadets was exceptional. The generous hosts from the RMC Club, including Bob Carr (5337) and Paul Downie (11356), held a reception for them at the residence Oak Hall; the sumptuous 37-room Tudor-style mansion belonged to Canadian gold mine owner and philanthropist Sir Harry Oakes from 1928 to 1935, and since 1982 has served as the headquarters for the Niagara Parks Commission. Once inside the manor, the distinguished manner in which the hosts welcomed their RMCC guests to Niagara impressed the cadets, who are accustomed to hosting visitors at College special events. The ecstatic hosts were appreciative that RMCC cadets attended the re-enactment, and provided a tour of the magnificent Oak Hall and a luncheon. Joining the RMCC cadets at this luncheon were two alumni from the United States Military Academy. The Canadian and American ambassadors enjoyed the food while acknowledging the indebtedness both of their countries have to the fallen at Chippawa so long ago.

The reception was hurried, however, since the principle event at the Chippawa battle field site would soon commence. After quickly jumping into a small convoy and driving a short distance to the park, the cadets found themselves surrounded by musty tents, old armaments, and hard-working colonists organized beside the historical field. Yet, despite the unfamiliar armaments and field equipment, the cadets dressed in their Scarlets appeared to befit the commemorative occasion, and became a crowd favourite. As the cadets took their reserved front row seating, speaker after speaker, from NPC Chairman Janice Thompson to the Mayors of Niagara, praised them for attending the anniversary event, and a number of park visitors gratefully acknowledged RMCC’s service.

Wearing their Scarlets was a steadfast reminder to all in attendance at the event of the importance of the Battle of Chippawa in Canadian history. On this same pristine field, left virtually unchanged over two centuries, on which over two hundred lives had fallen between the British, Americans, and First Nation warriors, 800 re-enactors recreated the chaos that had ensued there, many of whom wore red uniforms and drab similar to the Scarlets worn by the cadets today.

This historical connection underscored the importance of the RMCC cadets’ attendance at the 200th anniversary, despite the fact that the Royal Military College had not yet been founded and that the British were ultimately defeated in the battle. Indeed, there is something profoundly Canadian about venerating a momentous event in which the forces of Upper Canada are defeated in battle: to be magnanimous even in defeat. Thus, as the RMCC cadets held up USMA grey uniforms, which many believe originated in the Battle of Chippawa, they honoured the resilience of Canadian and American soldiers in hardship and defeat, and fondly remembered the sacrifices of all those in uniform who sacrifice for their countries, both past and present. 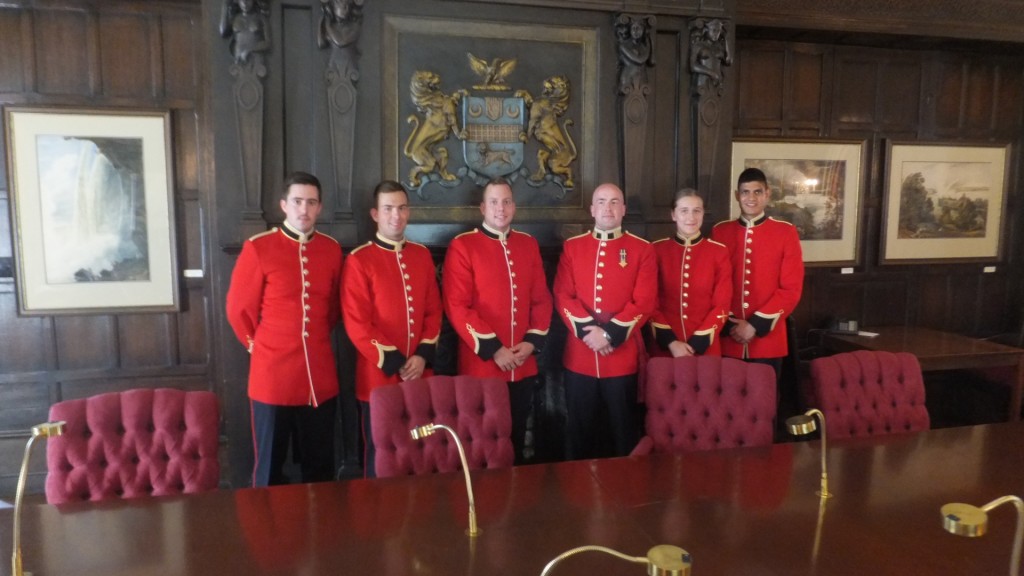