Above: The Sappers on the Reynold’s Bridge with an engineer flag that was later given to WW2 veteran Frank Krepps.

Op DISTINCTION is the name for Canadian Joint Operations Command (CJOC) ceremonial events. As part of the efforts to commemorate the 75th anniversary of D-Day, CJOC deployed a contingent of over 300 members of the Canadian Armed Forces (CAF) to France to participate in over 10 ceremonies and events.

The contingent trained in Ottawa for 4 days prior to traveling to France at the end of May. Rehearsals continued in France leading up to the first ceremony at Chambois on 4 June. This was followed by a memorial at Beny sur Mer Canadian War cemetery on 5 June. The signature event was on Juno Beach on the 75th anniversary of D-Day, and included the full contingent, a feu-de-joie with artillery firing from the beach, and the opportunity for all contingent members to spend time on the beach with the veterans of D-Day who had made the journey. Of note, the beach was closed to the public for the event, so it was a great privilege for the contingent members to spend time with the veterans!

Captain Andrew Gower, an Army Reserve Combat Engineer who serves with 39 Combat Engineer Regiment and who lives in the Comox Valley, reflected on the ceremonies which continued on 7 June. “I had the privilege of leading the Sappers of the contingent at the dedication of the George Gilbert Reynolds Bridge in Caen, France. This was an intimate and personal ceremony with no more than 30 people in attendance, including local government representatives, Canadian members of parliament, and WW2 veteran Frank Krepps, who served in the engineers at D-Day and beyond. The Reynold’s Bridge ceremony was a highlight for the Sappers in the contingent, especially when Frank went off script and interrupted the wreath laying to say hi and shake hands with us all!”

The bridge that was dedicated is a new rail bridge immediately adjacent to Pont Alexandre Stirn on the Orne River in the south part of Caen. 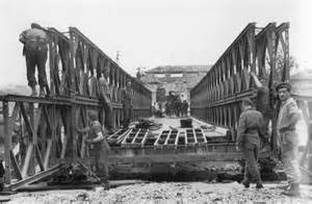 The original Reynolds bridge in 1944.

On July 25, 1944, when all the bridges over the Orne were destroyed, a Bailey bridge 50 m long was installed by 23 Field Company of the Royal Canadian Engineers (23rd Field Coy RCE) to connect the Vendeuvre Wharf to the Hamelin Wharf at the current Stirn bridge. The Canadian engineers decided to christen it “Reynolds” after the name of their captain, George Gilbert Reynolds, who was killed two days earlier in the Vaucelles district of Caen, liberated on the right bank on July 19. (Captain Gilbert Reynolds was also an ex-Cadet from the Class of 1932.) 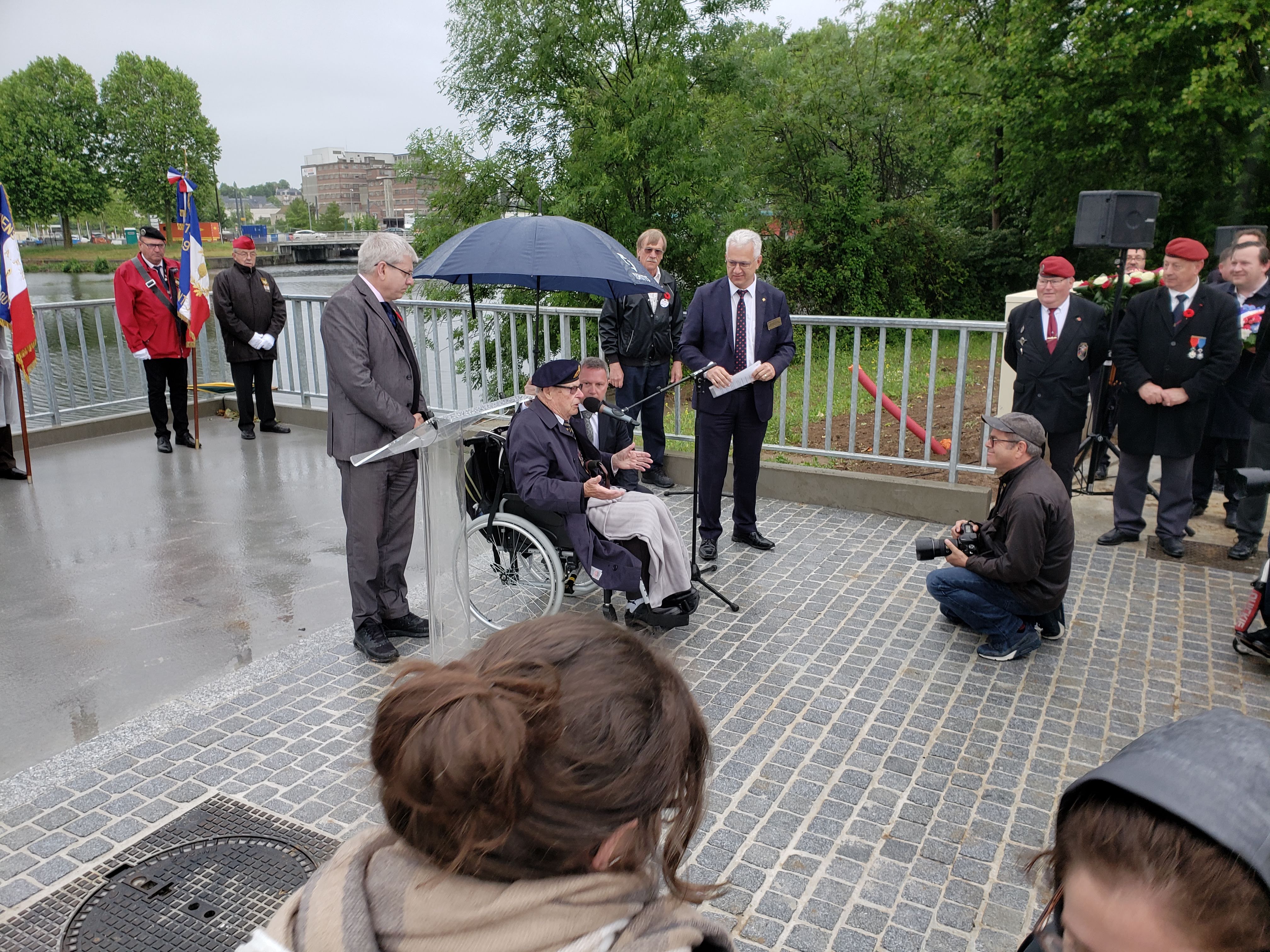 Frank Krepps participates in the dedication ceremony of the Reynold’s Bridge.

Krepps grew up on a Saskatchewan farm and enlisted in the army in 1941, as an antidote to the Great Depression. His two brothers and a sister had also decided to serve overseas. At the time, he was an adventure-seeking 17-year-old who was game for anything. He became a dispatch motorcyclist entrusted to carry important messages for B Coy, 2nd Battalion, Royal Canadian Engineers.

“They called me hell on wheels,” the 96-year-old said with a chuckle, adding he never rode again once he came back to Canada in 1946. 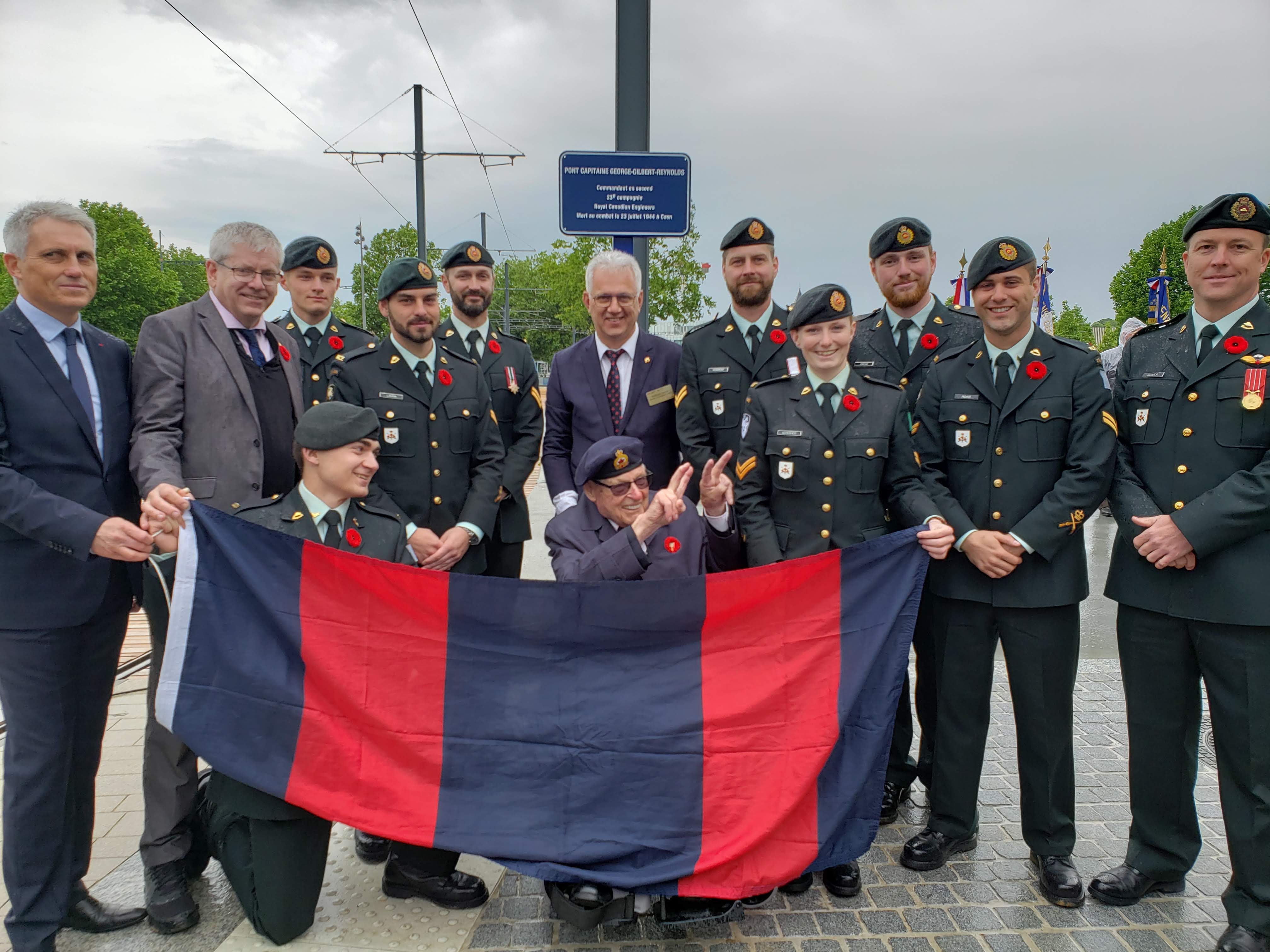 The Sappers of the Op Distinction Contingent getting a photo with WW2 veteran Frank Krepps at the ceremony to commemorate the dedication of the Reynold’s Bridge in Caen France. 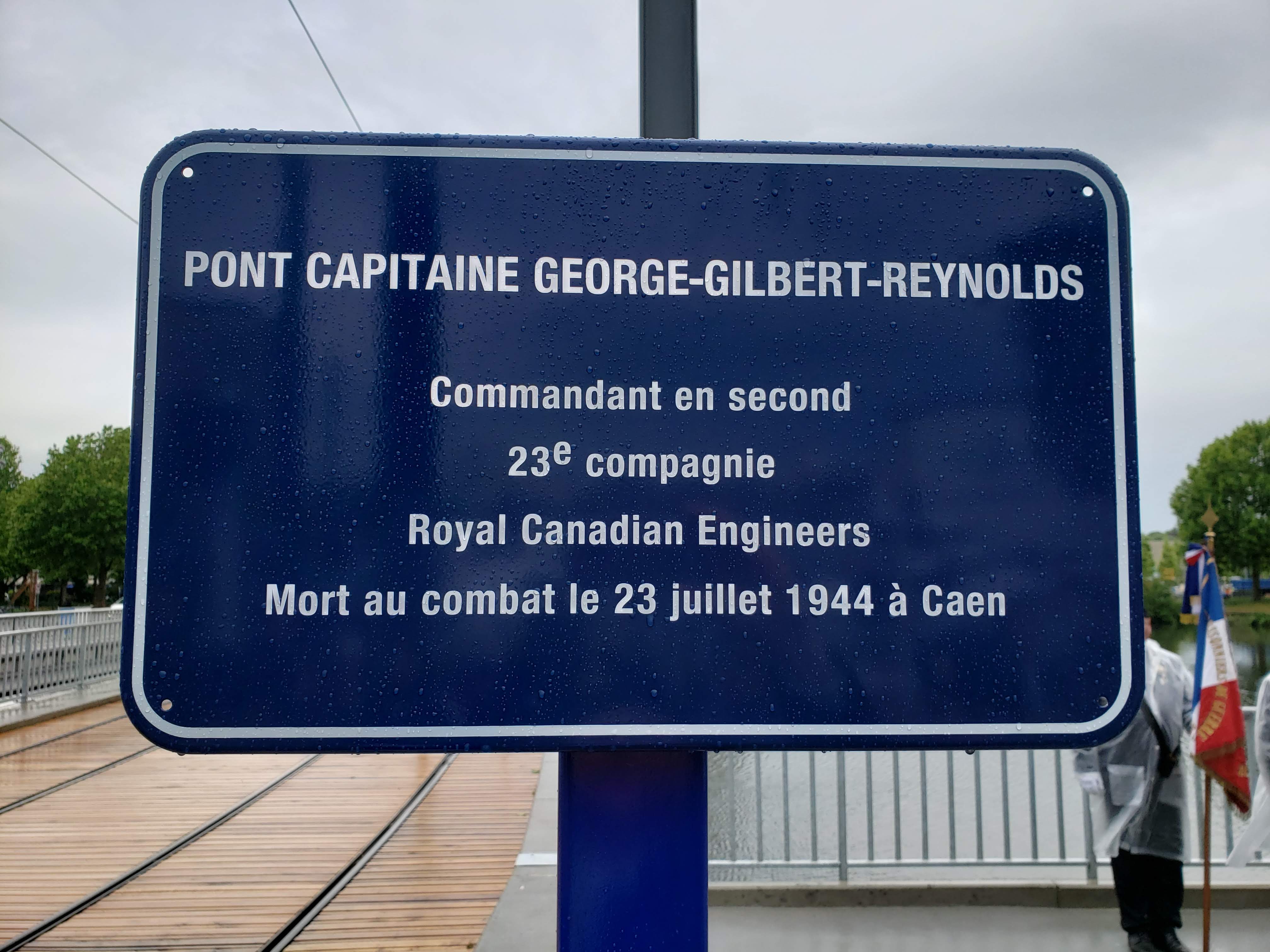