Published by the Cordite Foundation for the RMC Club of Canada

Available for purchase at the RMC Club Gift Shop. Proceeds to be shared between the RMC Club and the Cordite Foundation. 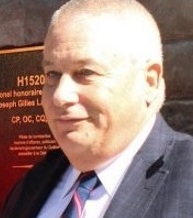 Ever since RMC first welcomed the Old 18 on June 1, 1876, the mainstay of its academic program has been the strength of its engineering curriculum. For many thousands of Ex-Cadets who have passed through the College, the technical knowledge and intellectual discipline that they acquired at RMC left them superbly well-equipped to serve Canada not only as professional military officers, but also in a wide variety of civilian occupations as well. Now, in a new book written by five collaborators (four of who are Ex-Cadets) the evolution of RMC’s mechanical engineering program is chronicled in fascinating detail that is bound to make any graduate of that field justifiably proud.

As those who are familiar with the College’s early history will know, when RMC was originally established, it represented an innovative adaptation of the West Point educational model, and one that was designed to serve a dual purpose. As a consequence of the tiny size of the Canadian Permanent Militia of the time, and the limited number of commissions that were available in the British and Indian armies, relatively few RMC graduates could expect to pursue full-blown military careers. The intention was that upon graduation, the vast majority would return to civilian life, and would put their military training to use as part-time officers in the militia.

This model reflected what Canada needed at the time: dexterous hands and finely-tuned minds that were capable of constructing railways, roads, bridges and canals to tame the country’s wilderness, and of designing and manufacturing the many different kinds of machinery needed to support the emergence of a modern industrial economy. Perhaps not surprisingly, the founding Commandant, Colonel E.O, Hewitt, was himself an engineer of some note, having first distinguished himself in his studies at the Royal Military Academy Woolwich, and later through two decades of noteworthy service in the Royal Engineers.

As the book notes, the RMC educational model quickly proved its worth. Of the first eighteen cadets, two rose to become presidents of engineering firms, another became Superintendent of the Nevada School of Mines, and yet another became City Engineer of what is now Kitchener, Ontario. As the College continued to produce additional graduates, many more Ex-Cadets would be destined to go forth from the peninsula to put their engineering skills to use in serving the greater glory of the Britain’s global empire.

The world suddenly changed in August of 1914, when the opening shots of what was to become the greatest war in history were fired. For the first time in history, the products of RMC were tested en masse, and by all accounts, they responded magnificently. Nearly 1,000 Ex-Cadets – representing almost all of those who could potentially have served – flocked to the colours, and of those, 152 never made it home. Twenty years later, their younger successors again repeated this impressive record of service in the Second World War. In both conflicts, numerous Ex-Cadets put their engineering and technical knowledge to good use in making important contributions to the eventual Allied victories.

Two watershed moments came respectively in 1948, when after a lengthy struggle the College was re-opened, and in 1962, when, for the very first time, RMC was authorized to grant its own engineering degrees. Beginning in the 1960’s, in response to the need to prepare officers to deal with new forms of military technology that was becoming ever more sophisticated, RMC also began to offer its first graduate-level courses in engineering.

As RMC continued to develop as an institution of higher learning, the nature of engineering education at the College continued to evolve to reflect changing contemporary needs. Over time, the curriculum was progressively modified to allow cadets to specialize in various branches of engineering, of which mechanical was one of the most prominent. As the years went by, the mechanical engineering program continued to change in step with other larger developments that would profoundly impact RMC’s character as an institution, such as the drive to promote bilingualism that began in the mid-1970’s, and the decision to admit women as cadets starting in 1980.

In reading this book, some larger themes emerge that would suggest that throughout the College’s history, the guiding values that have governed its engineering program have always remained constant. For example, one of the most important defining characteristics of the program has been an emphasis on producing graduates who are not only technically proficient, but also visionary and effective leaders who have the ability to see the bigger picture. In order to achieve this goal, RMC’s educational program has long sought to balance essential subjects in the hard sciences with a healthy dose of instruction in the liberal arts. The end result of this process are graduates who are not only well-trained engineers, but also leaders who can think critically, express their ideas effectively, and motivate and inspire the teams for which they are responsible.

Likewise, a second vitally important defining characteristic of the program throughout its history must surely have been the exceptional dedication and professionalism of the teaching staff. As the book notes, for many years, serving and retired officers carried the bulk of the burden in providing engineering instruction to various generations of cadets. In fulfilling their duties, these instructors relied as much on their own practical experience as they did on any formal academic qualifications they themselves may have acquired. As a consequence, cadets were able to learn their trade “from the ground up” and no doubt emerged from the College being much better prepared to assume their responsibilities as military leaders than they might otherwise have been, had they been instructed exclusively by career academics.

Along the way, the mechanical engineering department was responsible for some truly ingenious creations, such as submersible boat that was designed and tested in 1952 by Lieutenant Colonel P.C. King, and the MV Cordite, an all-aluminum motor vessel that was launched in 1954, and that remains in service today. Another more recent innovation that responds to changing needs has been the establishment of a new degree program in aeronautical engineering, which produced its first crop of graduates in 2009.

Overall, this is a book that manages to be informative, easy to read, and highly enjoyable. Ex-Cadets of all vintages will no doubt recognize many familiar faces within these pages, such the photo on page 171 of Captain Cossar and Fourth Year Cadets Doherty and Lucas, all of whom were in my squadron in 1976-77. But more than that, readers will no doubt come away from this book with a renewed appreciation of the importance of the role that mechanical engineering has played at RMC throughout the College’s entire history, and at the same time, of the significance of the contributions that our engineering graduates have made in helping build Canada into the nation it has become today.

It almost goes without saying that this book is a must-read for anyone who has ever gone through mechanical engineering at RMC. But it is also highly recommended reading for Ex-Cadets of all vocations, and something that chronicles an important part of our history, and once again illustrates what a unique and accomplished institution all of us can be proud and honoured to be part of. 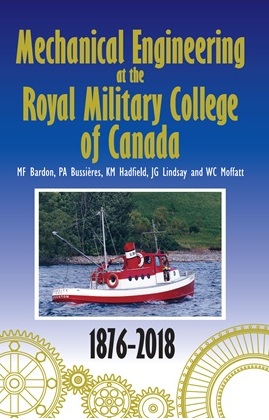 Authors’ Description:
The book is a historical perspective on the Department of Mechanical and Aerospace Engineering of the Royal Military College of Canada, including its students, its staff and its programs.  In addition to Mechanical Engineering the book also covers the Engineering and Management Program and the Aeronautical Engineering Program that were/are offered at RMC.  The book features the graduating class photographs of the department’s three disciplines, starting in 1962.  It also includes photos and brief descriptions of most of the professors, technicians and departmental administrative staff. Each chapter of the book covers a period of significance to the development of RMC and the department.  Each provides a resumé of significant world events, Canadian political events, developments in the Canadian Forces and advances in technology that occurred in the period covered by the chapter.  The chapters then go on to explain how the department and its programs evolved, as influenced by those contexts.  The authors, Michael Bardon, Pierre Bussières, Kristin Hadfield, Graham Lindsay and Craig Moffatt, have brought to the book their experiences and perspectives as students, researchers, professors, department heads and deans. Even if you have no direct affiliation with the department, the book still provides an interesting description of the development of technology, engineering and engineering education in Canada, as well as infrastructure changes at RMC, from before the College was created until the present.