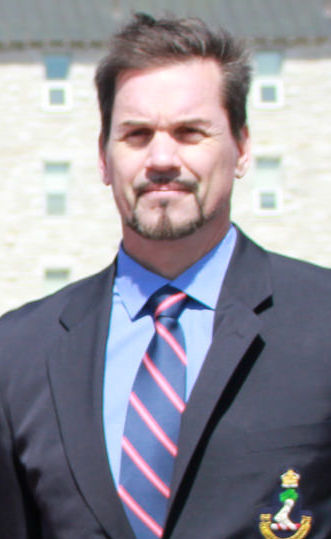 The RMC Club Directors have assigned yours truly to start a brand-new initiative as Branch Champion. The objective of this role is to improve inter-branch communication and where appropriate, grow our presence in regions where Branches have folded.

In the past, I have written on the transition from a symbolic Alma Mater to a more concrete and relevant network that serves the community of current and former Cadets by rallying behind a common mission. Part of the Branch Champion role is to cross-pollinate branch level activities from a local impact to a more pervasive national impact. The collaboration of the Toronto Branch with the local recruiting center to meet with future military college candidates is one example.

In an effort to build a consolidated view of the activities we engage in to assist the CMCs, I will be working with the Club President, Bruce McAlpine, Executive Director, Bill Griffis and members like you to build a coherent tapestry that reflects the needs, motivation, and requirements of our membership. To that end, I will be reaching out to the Branch Presidents to better understand the current state of affairs. In addition, I invite the wider membership to share your opinions on the Club Branches, how we can improve upon our mandate and stay relevant. You may see me at some of your events and meetings in an effort to gauge regional nuances and better equip us to ensure we have the means and direction to better serve our members. 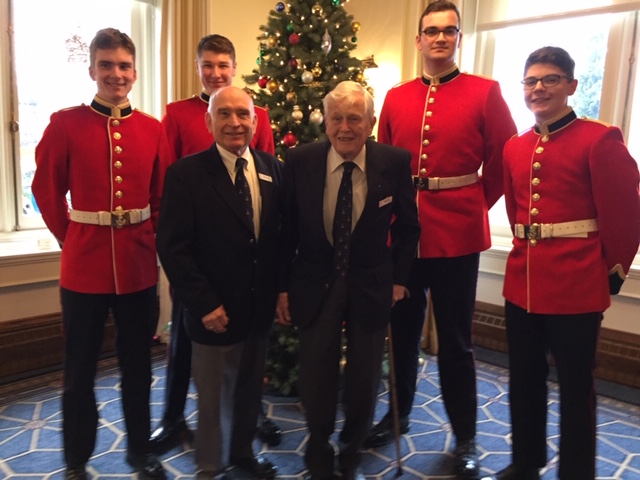 The Vancouver island Ex-Cadet Club held their annual Christmas Luncheon and “Host the Cadets” on leave event at the Union Club in Victoria on December 27th. A total of 56 attended including five Officer Cadets. 6216 Willy Anderson co-ordinated an outstanding reception and buffet lunch which included roast beef and salmon. Willy brought the ten members of the galley staff and waiters out front to receive a well deserved round of appreciation for a magnificent banquet. Acting President 7908 Rick Young thanked the Cadets attending for making the effort to bring their Scarlets home. Rick spoke of the continuing legacy of service to Canada by graduates of the Royal Military Colleges. Honorary Club President and Senior Ex-Cadet present RCNC 16 Chris Pratt spoke of the impact that the military college will have on the Officer Cadets’ lives and encouraged them to take every advantage of the training they are receiving. The VIECC plans to hold another such event in 2019 and Cadets at the military colleges who hail from Vancouver Island and the Gulf Islands are encouraged to mark their calendars.

The Hamilton Branch hosted a chatty group of 50 on Dec 21st at HMCS Star.   It was a pleasure to welcome 6 RMC and 5 CMR cadets to this reception. Also in attendance were 8 ex-cadets, 3 young army and 2 young air cadets along with family and friends of all. The RMC and CMR cadets shared many experiences at their College, as did the Ex-Cadets. it was an enjoyable experience for everyone involved.

On December 27th, a cold winter’s day on the East Coast, the Nova Scotia Branch hosted a holiday reception in the historic Royal Artillery Park Officers’ Mess in Halifax.

As part of the Branch Colleges Attraction Program, invitations to the reception were extended through the Halifax Recruiting Centre to candidates to the Colleges and their parents.