The Navy Mess dinner, held on 7 March, was an great event that celebrated the Navy community at RMC. Fourth year cadets had a chance to mingle with the other Naval Staff at the College as well as special guests such as 16204 Rear Admiral Luc Cassivi, 18777 Brigadier General Sébastien Bouchard, and H6604 Capt[N] (ret’d) Jim Carruthers. Throughout the dinner cadets had their first taste of a true naval mess dinner with the port, starboard, and midship tables challenging diners at other tables.

Featured speaker and guest of Honour Rear Admiral Cassivi welcomed and motivated the graduating cadets. After the speech Jim Carruthers presented the Naval Swords to the top NCdt graduates, a custom he had initiated in 2011.

Selection of the top graduating NCdts in each classification is based on third year academic marks and overall performance in naval training during summer training periods.The cadets were also provided with a set of ‘Salty Dips’ by Jim as a parting gift. The dinner concluded with extensive ‘discussions’ as the cadets shared their thoughts with guests. 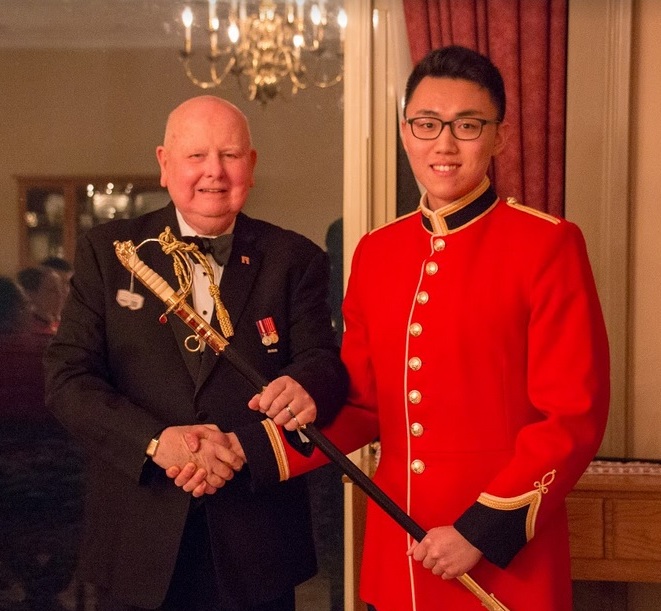 27337 Naval Cadet Andy Lee, recipient of the Naval Technical Officer (NTO) Sword, is an aspiring Naval Combat Systems Engineering (CSE) officer. NCdt Lee calls Surrey, BC his home and is currently in his fourth year of mechanical engineering. He will continue his academic pursuits after graduation with a Master of Applied Science in nuclear engineering at RMC. The sword was donated by Capt[N] Carruthers.

27518 Naval Cadet Liam Moors recipient of the Naval Warfare Officer (NWO) Sword is studying Honours Business Administration and Economics at the RMC. While at RMC NCdt Moors had the opportunity to complete the Ship’s Diver course. He sailed in ORCA class patrol craft during periods of On-Job-Training. Liam was also selected to participate in an exchange program with the United States Naval Academy where he completed the first semester of his third-year studies. He is looking forward to graduating and continuing his NWO phase training in the fall. The sword was donated by Capt[N] Carruthers. 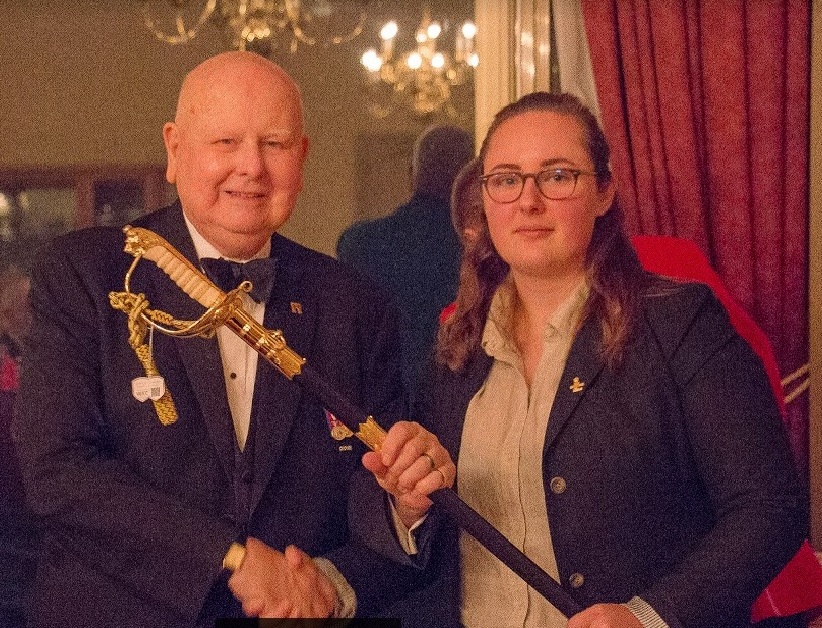 27248 NCdt Kassandra Byrne is the recipient of the Naval Logistics Sword donated by the Naval Logistics Branch as the top LOGS graduate. Growing up in Winnipeg Manitoba, Kassandra never thought the she would one day join the Navy. Completing her fourth year, she is ready to enter the fleet, and is very excited for what is to come, whatever it may be. She would like to thank her Mom, Dad and Dr. Dev for being her support system during her time at the college.

The Naval Cadets of the Class of 2018 would like to thank all those who attended and are looking forward to joining the fleet.