Not for King or Country: Edward Cecil-Smith, the Communist Party of Canada, and the Spanish Civil War 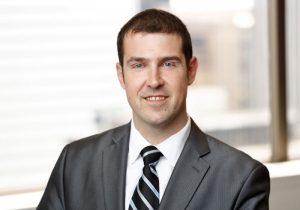 Most eVeritas readers know something about wearing the uniform.  Either you or someone you care about made that decision to sign on the dotted line and accept all the risk that comes with uniformed service.  Veterans have articulated this decision in a variety of ways, but veterans of the Second World War often told me that it was simply the right thing to do for king and country.  Perhaps as a matter of scientific curiosity, I am always curious about people who sign up when those influences are absent.  I was intrigued to learn that nearly 1700 Canadians went to fight in the Spanish Civil War for the Republican government.  Canada did not send them there, and, in fact, Canada passed its own Foreign Enlistment Act to prevent them from going.  They left Canada secretly, made their way across the Atlantic, and put on the uniform of the Spanish Republican Army.  Why?  Why would anyone want to fight in a war that seemed to have nothing to do with his or her own country?  This question lead me to write a biography about the Canadian commander – Not for King or Country: Edward Cecil-Smith, the Communist Party of Canada, and the Spanish Civil War – now out with the University of Toronto Press.

Cecil-Smith had an intriguing life.  He was born in China – his parents were both missionaries – and he came to Toronto in 1919.  He had briefly served in the Shanghai Volunteer Corps, and he joined the militia once in Toronto.  He appears to have done well, and ended his career in the late 1920s as the Regimental Sergeant Major of the Infantry School.  He left the military and became a dedicated member of the Communist Party of Canada – it was the Great Depression, after all, and many Canadians believed that the capitalist system was too broken to fix.  The Communist Party of Canada ran the pipeline to get volunteers to Spain, and Cecil-Smith was one of the first to go.  He was a company commander by July 1937, and the first Canadian commander of the Mackenzie-Papineau Battalion by the end of 1938.  He was the highest-ranking Canadian in Spain and led the battalion home in February 1939.  He joined the Canadian Army just months later, but was honorably discharged because of his poor eyesight. 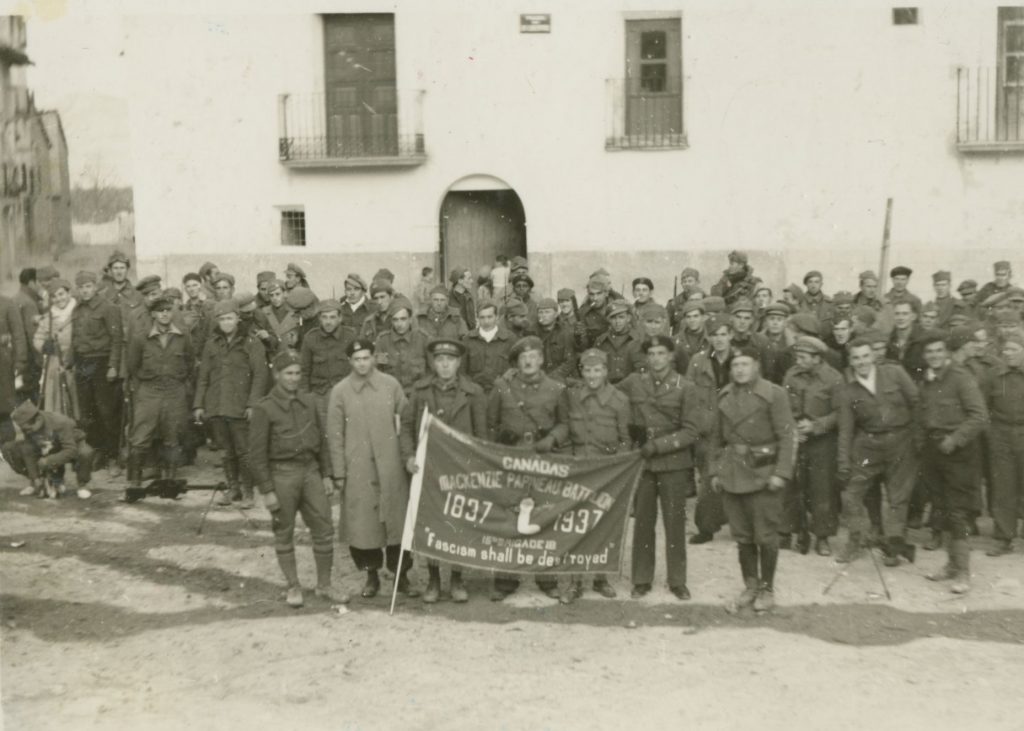 The Mackenzie-Papineau Battalion in December 1937. Edward Cecil-Smith stands behind the flag, second from the left.

Those interested in military history will be interested in this book — it goes into detail as to how Cecil-Smith developed as a battalion commander – but it is also a political history.  I try to give a fair hearing to the Communist Party of Canada and people like Cecil-Smith.  He really wanted a better country, he thought communism was the way to achieve this, and he completely believed the very convincing propaganda coming out of the Soviet Union.  The Soviet Union claimed to have solved all of the problems faced by Canada and its peers during the Great Depression.  We now know better, but even smart people were fooled by these claims.

As for sources, my book draws upon records from Spain, Russia, England, France, and the United States.  Cecil-Smith’s son consented to interviews and gave me access to the family papers, uncovering a fascinating relationship between Cecil-Smith’s wife and Norman Bethune, the famous Canadian physician who went to both Spain and China.  Declassified RCMP records provided a wealth of fascinating details as they tracked the “Reds” using confidential informants and undercover officers, as well as closely monitoring the mail and telegraph lines.

If you like military and political history, and are interested in the question of why Cecil-Smith and others decided to fight in Spain, pick up a copy of my book.  Not for King or Country is available for sale from amazon and the University of Toronto Press website.  I will close with an advance review from none other than 5105 Jack Granatstein, an ex-cadet, officer of the Order of Canada, and the author of many great works including Canada’s Army: Waging War and Keeping the Peace:

“Tyler Wentzell is a soldier-historian, and this volume shows his training. Through extraordinary research into hitherto unused sources, he details the life of Cecil-Smith and sets him firmly into the context of Canadian Communism and the party’s cultural, propaganda and labour organizing in the 1930s and ‘40s. But the heart of the book is Cecil-Smith’s role as the commander of the Mackenzie-Papineau Battalion in the chaos and internecine feuding of the Spanish Civil War. This is a soldier’s fine account of a doomed but gallant enterprise, the best telling of this tale we have.”