Royal Military College of Canada played host to the New Years Levee for the Kingston area on Friday 12 January.

A good number of military personnel from the various Units in the area including – CFB Kingston; Military Personnel Generation; Canadian Defence Academy; Fort Frontenac attended. Also, a few civilians and local dignitaries from different backgrounds dropped by to pay their respects.

The added attraction this year was the display of the Memorial Cup – emblematic of hockey supremacy at the Major Jr ‘A’ Level in Canada. 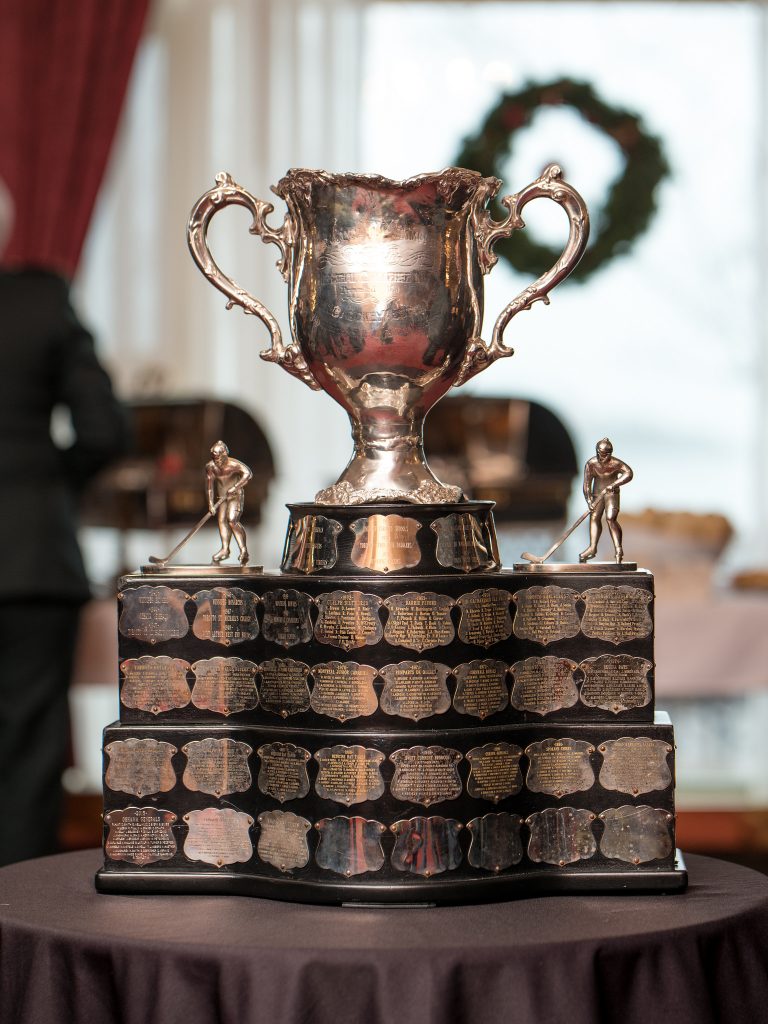 The impressive looking ‘Cup’ was originally known as the OHL Memorial Cup and was donated by the Ontario Hockey Association in March 1919 in remembrance of the many soldiers who the paid the supreme sacrifice for Canada during the Great War. 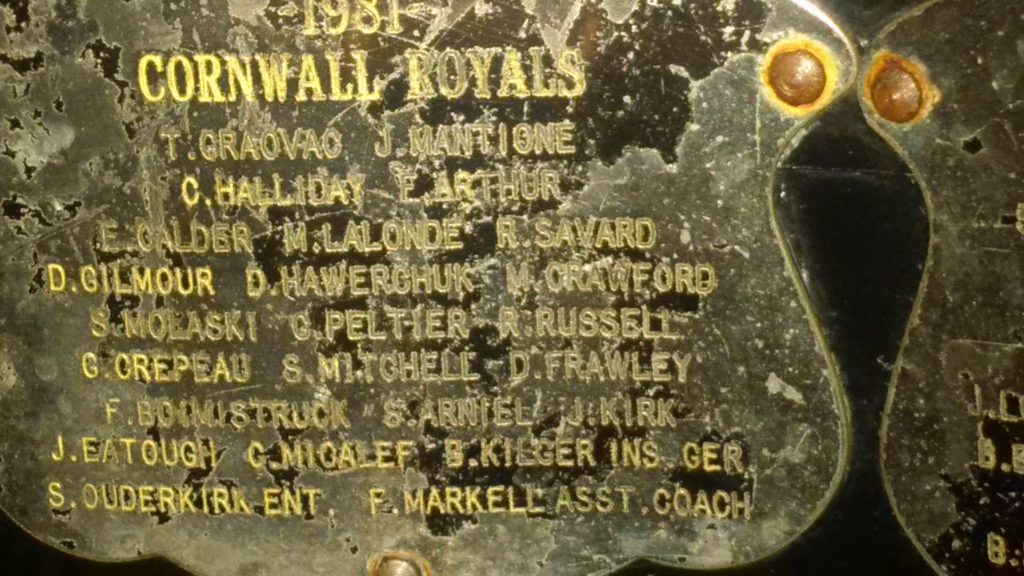 As the 100th anniversary is coming up soon, a cross Canada tour has been organized which has incorporated stops at various Canadian Armed Forces installations.

A quick note on the Memorial Cup – to our knowledge in the 99 years that it has been competed for there is only one Ex Cadet who has his name on one of the team plaques. 16009, Steve Molaski as a member of the 1981 Cornwall Royals. A couple of other names likely familiar to readers from that team include, Doug Gilmour and Dale Hawerchuk both members of the Hockey Hall of Fame.

The mood was festive at the SSM, and was not dampened too much by the horrid weather prevailing outside.  Although, the event was likely shortened by many because of the potential driving hazards.