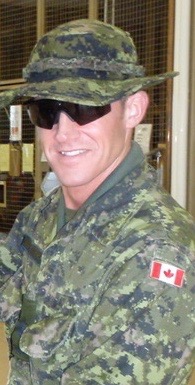 Having finished the first full month of training for the Nijmegen March in the Netherlands, 2IC of the RMC team, WO Charles Ansell, shared his own story of getting on and making this year’s RMC contingent:

I have constantly tried to get on a Nijmegen team since I was a one-hook Private in the Air Force. When I arrived at CFB North Bay, the base was submitting a team, but it conflicted with my Qualification Level 3 course.

After I was qualified and was working in 22 Wing, North Bay for a while, the opportunity presented itself again, but I was on my way to Canadian Forces Leadership and Recruit School (CFLRS) and wouldn’t be a part of 22 Wing when the march took place. Again, I was unable to attempt this amazing adventure.

After completing three years at CFLRS, I was posted to Joint Base Lewis-McChord for four years and lost all chance to join a team. At that point, I pretty much ruled out any future chance as well. As I was completing my move to RMC, the team was leaving for Nijmegen and the thought floated to the top of my head once more. When I asked around, many people said it was unlikely that RMC would get another chance during my time here.

Well, two years later, the opportunity finally presented itself and, after reading the first line of the email, I clicked “replay all” and added my name to the list!

Once the IC was selected, they needed a 2IC and it just so happened they had a Warrant who was jumping at the bit. I thought it would be an easy endeavor since I was staff on fourteen Basic Military Qualification(BMQ) /Basic Military Officer Qualification (BMOQ) courses marching in the lead up and actual 13K Battle Fitness Test, but as I was sitting down with Capt Crombach, going over the training plan, I realized that this was going to be a bit more involved.

Each team is mandated to complete a minimum of 500Kms prior to the actual march and we decided that, because we are at RMC and the minimum just isn’t good enough, we would strive for 750Kms! I bought a new pair of boots, which are already reaching their end, drank a Red Bull and headed out with 22 teammates to destroy the training. We started with very strong Cadets during the selection process, but over time, some of the members dropped out due to other summer training opportunities or injury, and some left after the selection process had ended. After two weeks, we were down to the required 11 with three spares and two medics. Everyone on the team is doing well, which does not come as a surprise.

So far, our greatest single distance has been 32Kms and we’ve completed a total of 240Kms. The daily distances increase next week with our first 40K.

Catching up with the news for Profs and wannabe Profs...