“He entered military life when he enrolled at the Royal Military College of Canada in Kingston, Ontario in 1891. Assigned student # 323, he graduated in 1895.” 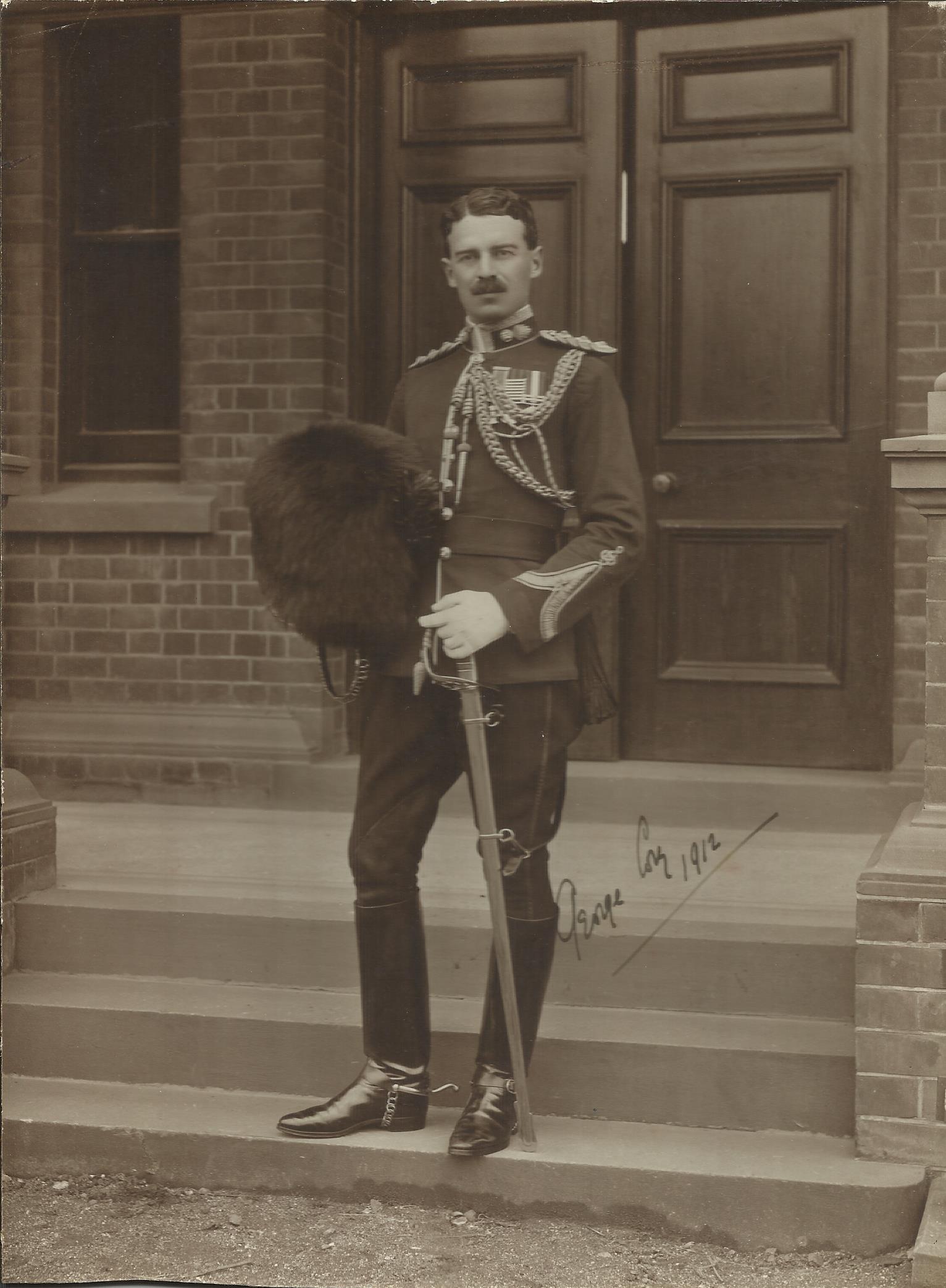 I attach a scan of photograph of one of RMCs former cadets who went on to a distinguished career in the British Army.  I thought it might be of interest either for your newsletter, or perhaps for the RMC Museum.  I have seen photographs online of Lieutenant-General Sir George Cory in later life, but none of him as a younger officer.  He is shown in the dress uniform of a Captain in the Royal Dublin Fusiliers wearing his Distinguished Service Order and South Africa medals.  I believe the aiguillette gold cords (and the date) indicate that this was during his time as Brigade Major.

I found the original photograph among some of my maternal grandparents belongings when we were clearing out my late parents house.  I can’t be sure, but it seems likely that the then Captain Cory served with my Grandfather Revd FJ Walker an Army Chaplain.  It was apparently quite common then to exchange portrait photographs  – as I found some others with it.