Andy Lee, 27337, is an aspiring Naval Combat Systems Engineering Officer currently studying Mechanical Engineering. He   is set to graduate with the class of 2018.

Currently, he is doing MARS II in Esquimalt BC. Previously called NETPO, it is an introduction to life in the navy and seamanship for Officers. The course is very diverse and includes both academic and practical portions. Topics include naval terminology, tides, collision regulations, damage control, navigation and basic ship conning.

In addition, there is a sea phase where they’re teamed up with MARS IV candidates and perform helmsman and lookout duties. Additionally, they perform boatswain duties such as cable party to get an appreciation of what they do.

Lee says that so far on this course his most memorable experience was on the last day of their sea phase when they were setting up a barbecue on the quarterdeck. One of the members tried to ignite the fire faster by pouring gas from the zodiac gas tank. It accidentally got poured over the side and there was a minor fire. They immediately performed the fire drills that they learned from the damage control school by putting on bunker gear while others rushed to the fire extinguishers. Fortunately, other than a cut on one member’s finger, the fire was extinguished rapidly.

MARS II is a great summer course to explore the west coast and Vancouver Island, says Lee. “I’d argue that the west coast has the best summer weather and is reflected in beautiful downtown Victoria and the many national parks nearby.” He has also enjoyed visiting Royal Roads University and seeing the institution where so many senior officers studied. He also appreciates that Vancouver and Seattle are just a ferry ride away, which are fantastic cities for a weekend visit 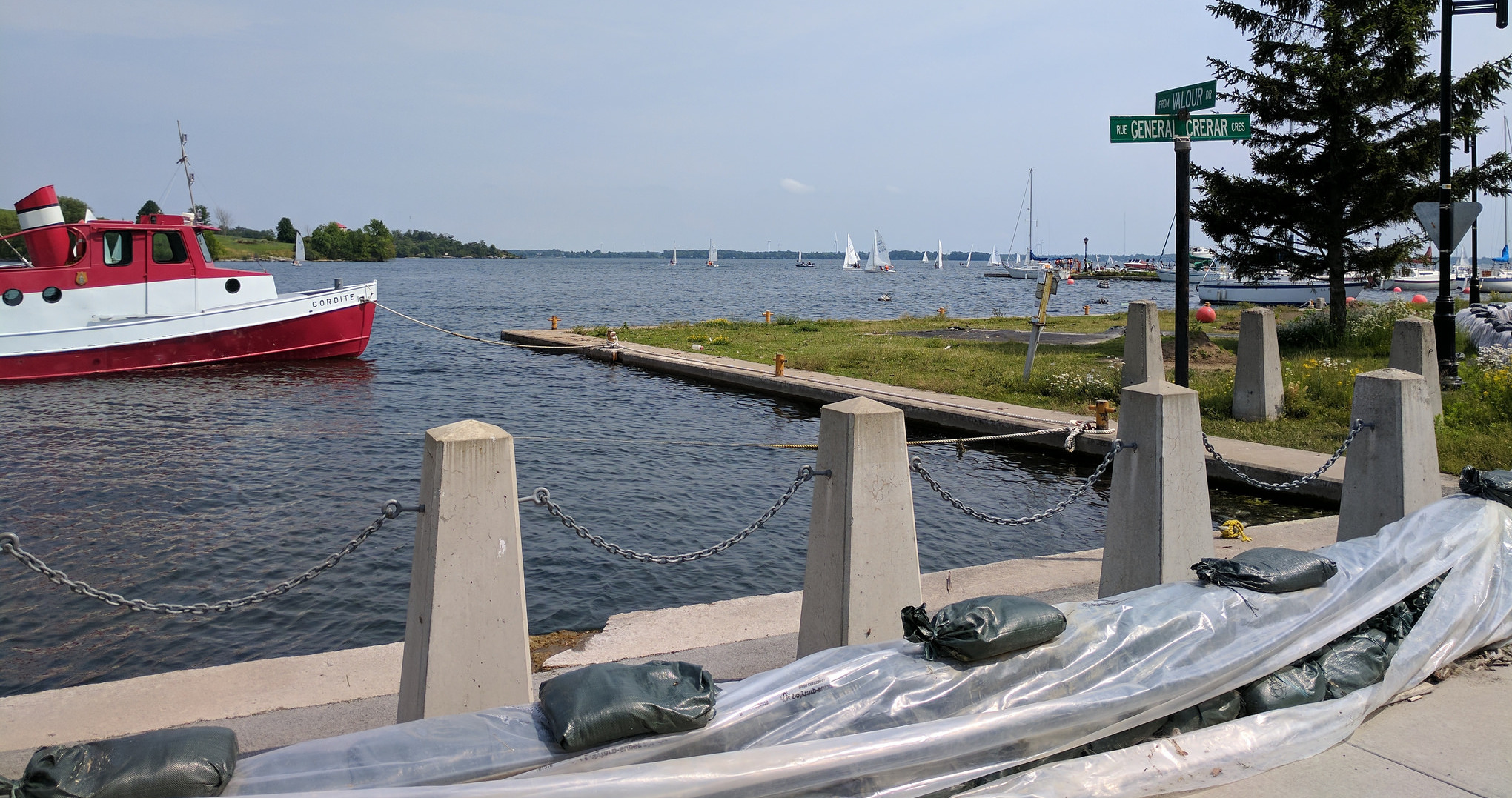 Sea Cadets putting life into the campus during the summer

Although the first few weeks of the summer are usually fairly quiet, it quickly changes once the sea cadets from HMCS Ontario arrive on campus.

With the majority of RMC cadets gone for the summer, either having graduated, doing on the job training, or on various summer courses, there are very few people left on the peninsula. However, when the busses of sea cadets arrive, that all changes.

Since 1982, HMCS Ontario’s main headquarters has been located at CFB Kingston, and each summer the main training centre is hosted on campus by RMC. The sea cadets spend weeks at the college. The training centre offers training in categories such as music, sail, seamanship, drill and ceremonial, and the two-week general training course.

With large morning parades filling the parade square, contingents marching all around, a marching band constantly playing, long lines in the dining hall, and small boats sailing in the area between RMC and Fort Henry, RMC cadets are suddenly the minority.

The sea cadets (aged 12-16) stay on campus for their summer training, and along with them come the full time staff as well as 110 officers, non-commissioned members and civilian instructors of the Cadet Organizations Administration and Training Services (COATS) and 114 staff cadets.

These cadets put some life into the campus during the summer. While the RMC cadets disappear from sight during the day while they do second language training, the sea cadets are everywhere, laughing, singing, learning with their friends, and enjoying the beautiful summer weather.