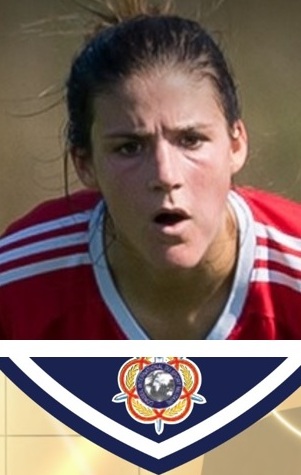 Before entering her fourth year as a key member of the RMC Paladins women’s soccer team, Emma Owen is getting a taste of international competition at the 2018 World Military Women’s Football Championship, which is organized by the Conseil International du Sport Militaire (CISM) and hosted this year at Fort Bliss in El Paso, Texas.

“Being on the Military national team has been a goal of mine from the moment I started playing soccer for the RMC Paladins,” Owen said. “It is such great feeling to know that your hard work throughout the year, in terms of soccer and physical fitness, has paid off.”

After starting all 16 games at centre back in the 2017-18 season for the Paladins, Owen was named a co-captain for the upcoming year. In addition to the benefits of playing with and against high caliber athletes from around the world, Owen is looking forward to bettering herself as a leader for her fourth year at RMC.

“The [CISM] team is comprised of women across the country who hold leadership roles in their day-to-day lives, alongside being on the military national team,” she said. “I will be able to gain insight into many different types of leadership roles on the field and be able to increase my leadership presence when I return in the fall.”

With only her fourth year standing between her and the start of a career in Air Force Logistics, Owen notes there are advantages to the World Military Championship that go beyond the field of play.

“Having the opportunity to network and connect with players from across the country, as well as around the world, is an experience in itself – let alone playing against them,” Owen said. “It will allow me to learn more about how other militaries work, and Canada’s international relations.”

For most U SPORTS soccer players, starting your career means transitioning to local senior leagues or leaving the sport entirely. Because of her future in the Canadian Armed Forces, Owen has the chance to continue playing internationally.

“To know that I can continue to play soccer at a high level after RMC is really motivating,” she said. “This being my fourth year at the college would usually mean that it is my last year of soccer at such a level, however, the military team is an opportunity to continue to play the sport I love.”

Of the 23 names on the roster this year, Owen joins nine former Paladins soccer players.

“To see all the former athletes from RMC is encouraging to know that your training at RMC is not limited to four or five years on the college team, but can be extended throughout your military career,” Owen said. “It emphasizes the importance of training hard whilst at RMC to reach such levels as the military national team.” 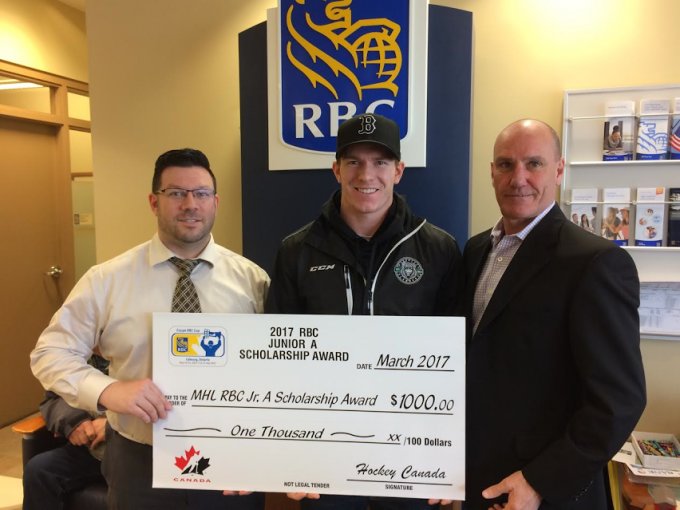 Sam Cameron from the Woodstock Slammers will play for the RMC Paladins hockey team in 2018-19.

“I’m looking forward to beginning my military training, and most of all, I’m excited to take the next step in my hockey career and to play my first games in the OUA,” Cameron said. “For as long as I can remember, it’s been my personal goal to play hockey at the university level in Canada while simultaneously completing my degree in mechanical engineering.”

The 5’11” forward from Fredericton, NB is heading to RMC as a Reservist after spending the last two years with the Slammers in the Maritime Junior Hockey League. Woodstock’s head coach Sandy McCarthy was outspoken regarding Cameron’s leadership on the power play, penalty kill, and off the ice as well.

“Sam Cameron is the type of player coaches dream of,” McCarthy said. “He has a very strong work ethic both on the ice and in the classroom.”
Cameron has been a dedicated student throughout his junior career. The 21 year old has already completed courses from Mount Allison University and the University of New Brunswick toward his degree.

“It’s going to be very nice and exciting to finally be attending the school where I plan on graduating,” Cameron said. “I was attracted to the RMC hockey program initially because of the strong academic reputation of the school. After several conversations with Coach Lim, it became clear to me that RMC was going to be a great fit in order to allow me the opportunity to continue my life as a student-athlete.” Paladins head coach Richard Lim reciprocated Cameron’s feeling, pointing to the recruit’s character as a real bonus for RMC.

“Sam’s work ethic and commitment to the team will help make for a seamless transition to the Paladins,” Lim said. “We expect Sam’s maturity and leadership to help our program immediately.”

After earning a place as an assistant captain in Woodstock, Cameron is ready to live up to his new coach’s expectations when he starts playing U SPORTS hockey in the fall.

“I’m confident that several years of hard work and my recent experiences in junior have made me ready for a jump to the next level,” he said. “And I’m very excited to get on the ice as a Paladin with my new teammates.” 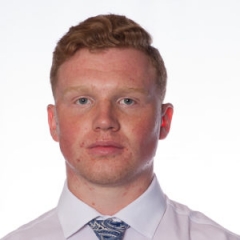 The RMC hockey team is excited to announce that Liam Stagg will be joining the Paladins lineup in 2018-19 from the Nepean Raiders in the CCHL.

“Liam’s hockey IQ and offensive ability will have the opportunity to blossom over the next four seasons as he becomes an integral part of our team and culture,” RMC head coach Richard Lim said. “Liam is a respectful young man that has a bright future on and off the ice.”

Stagg is walking away from a 55 game season in which he tallied 31 points for Nepean last year. The native of Halifax, NS is entering RMC through the Regular Officer Training Plan (ROTP) program, which means he is a full-time member of the military starting this summer. At RMC, Stagg will be making the jump to university hockey while benefiting from the school’s Four Pillars: Military Leadership, Academics, Bilingualism, and Athletics.

“I am excited to be able to make myself a more well-rounded individual while being part of a driven culture and community at RMC,” Stagg said. “My work ethic is going to translate, help me adjust, and hopefully make an impact.”

To Raiders head coach Darcy Findlay, Stagg’s decision to go to RMC align with the 19-year-old’s aspirations. His former coach touted Stagg as a versatile player with good speed and vision, and a positive force for team morale.

“To choose the route he has early in his career shows the focus and commitment he has in life to succeed,” Findlay said. “He has the ability to keep it light in the locker room but still understands he needs to work extremely hard every day.” 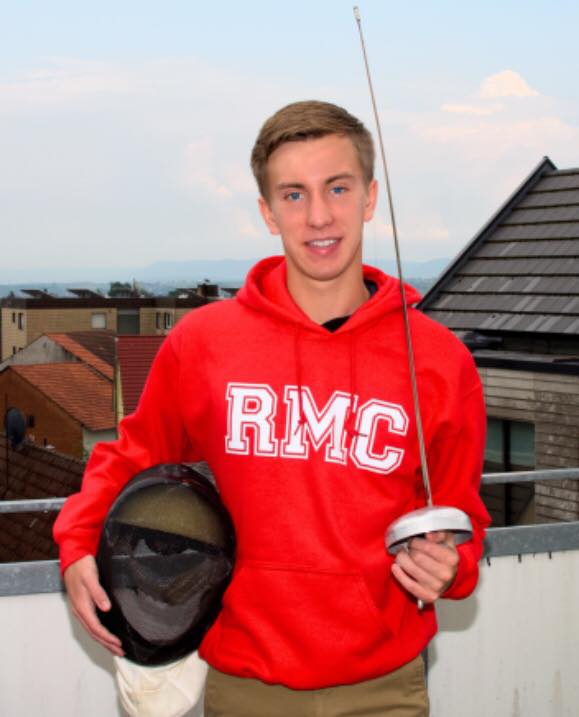 David “DJ” Holtz is returning to Kingston for the 2018-19 school year to attend RMC and compete for the Paladins men’s fencing team. After attending KCVI until grade 11, Holtz moved with his family to Germany where he recently graduated from Stuttgart High School, a US Department of Defense Education Activity school.

Prior to his departure for Germany, Holtz honed his fencing skills with a local fencing club, which is run by RMC fencing coaches Patricia Howes and David Howes.

“DJ has been with RMC’s Cutting Edge Fencing Program since he was a youngster,” said head coach Patricia Howes said, referring to Holtz’s time with the program from 2010-17. “Fencing has been a great way for DJ to grow his athletic skill as he grew up here in Kingston. He knows us well as coaches, and he understands the demands of the RMC fencing program already, so we are confident he will be a great fit for our men’s team this coming season.”

At his high school Senior Awards Ceremony in Germany, Holtz was honoured alongside classmates headed to the US Military, Air Force, Naval, and Coast Guard academies. Canadian Liaison Officer to the US European Command Colonel William Foster was on hand to present Holtz with a certificate to commemorate his acceptance to RMC.

At the 2018 OUA Fencing Championships, Paladins earned second place overall in the men’s competition and third overall on the women’s side 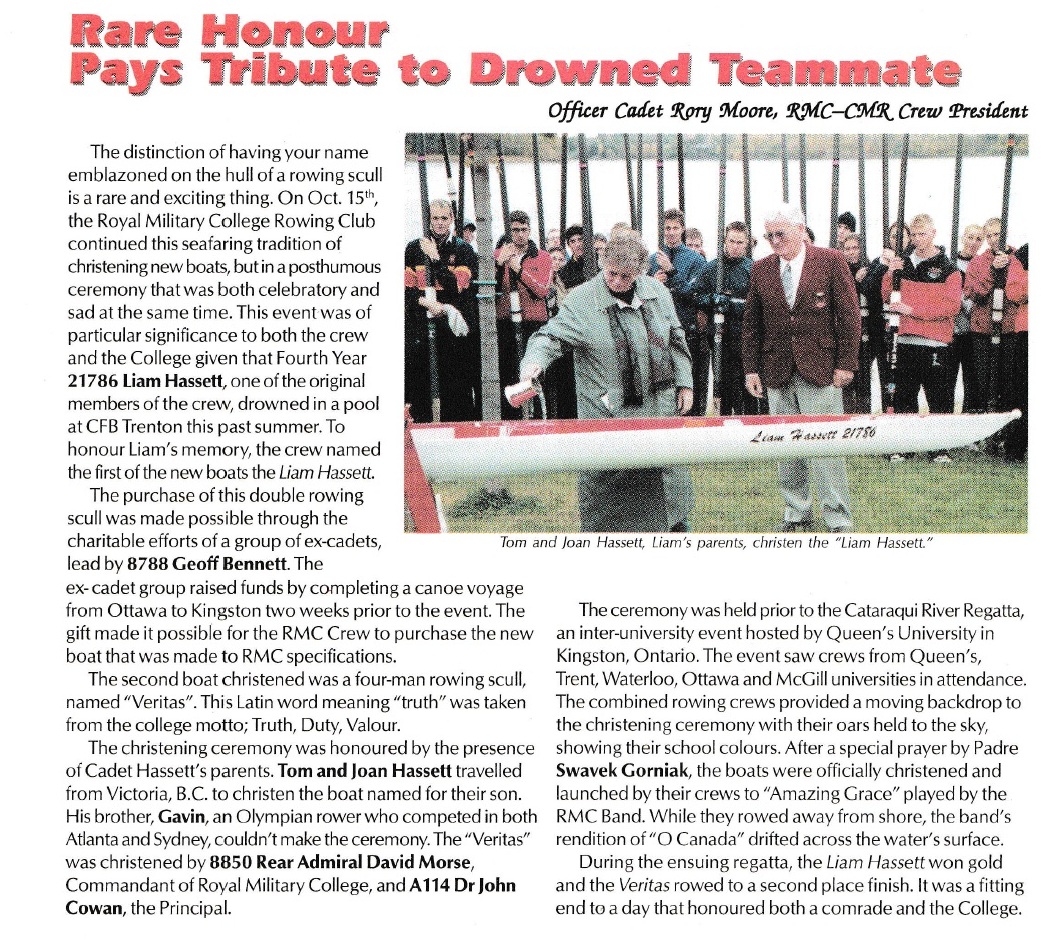