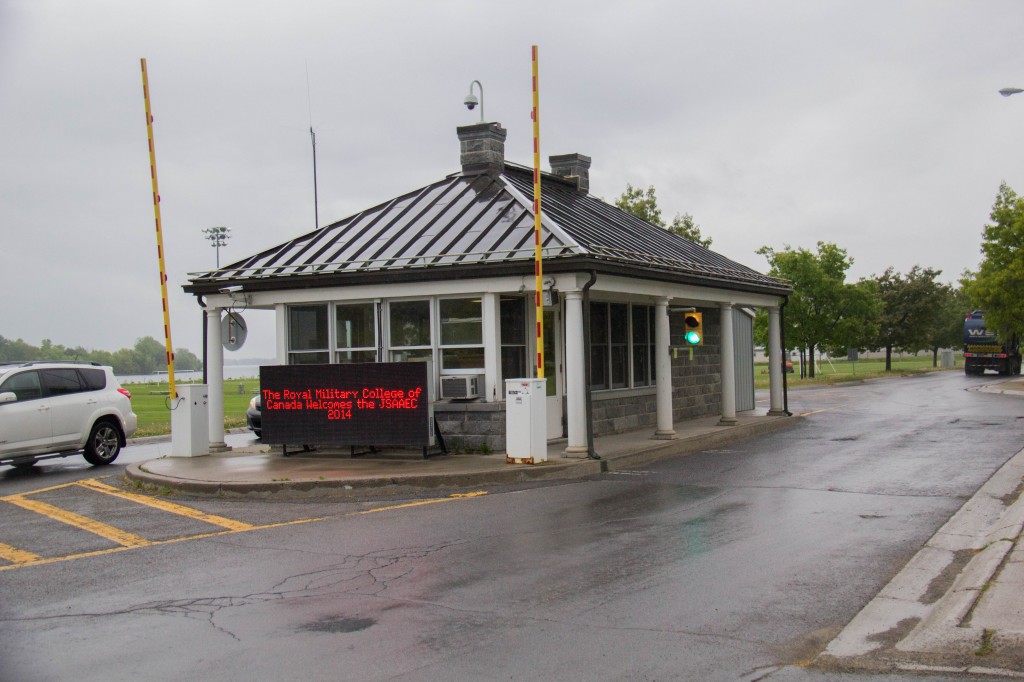 Odds & Sods From Around the Peninsula…

Jan, Feb, March, April, & May have slipped into the past and June is nearing the mid-way point…

The 90th anniversary of the RMCC Memorial Arch is on Sunday, 15 June. A parade is being planned for Friday, 13 Jun to acknowledge this special occasion. The estimated start time is 1100 hrs. It is contemplated that there will be a Padre component and Historical piece. Dress will be formal with Blazers and Medals for ex-Cadets. Consequently, e-Veritas readers who will be in the area are encouraged to attend.

***
The June Kingston Branch meeting’s program featured a presentation and discussion about Heritage and the RMC Museum. The lead presenters were Gwyn Griffith and Ed Murray. This topic is very important to the Branch as their primary focus, in support of the College, continues to be “heritage”. Last Wed (4 June) the Kingston Branch members were joined by the Commandant, 16888 BGen Al Meinzinger for a presentation on heritage at the College. 5256 Gwyn Griffith recounted how the Kingston Branch decided in late 2009 to take advantage of their residences near the College to support both the RMCC Museum and heritage on the Point Fredrick Peninsula. Griff spoke about the many opportunities and challenges his working group initially faced initially culminating in the College artifacts being placed under the care of the RMCC Museum for the first time. The biggest change occurred approximately two years ago when the members became aware of a DND document titled CF Museums – Operations and Administration. When the document was reviewed with the Commandant at that time, he became aware that College was in non-compliance and faced a potential liability.

4459 Ed Murray continued the dialogue explaining how the Commandant subsequently re-organized the previous Museum Committee thereby taking full responsibility for both the Museum and heritage at the College. Under the authority of the Commandant, the Committee has been expanded to include all the major stakeholders. Ed explained more fully the objectives and scope of the committee now re-named the RMCC Heritage and Museum Committee. The committee has successfully completed a number of projects not only in the College but also on the peninsula with the turnover of the War of 1812 Walking Trail. The location of the RMCC Museum in the Martello tower without any environmental controls is a problematic with the result that many areas within the College are being set aside with the authority of the Commandant exclusively for Museum displays thus resolving part of the difficulty. The current Museum Curator,  8057 Ross McKenzie has announced his pending retirement in early 2015. The Committee already had an initiative underway to hire a professionally trained and experienced assistant who should be on board shortly and which should smooth the transition.

***
Club, Executive Director, 13987 Bryan Bailey reports: Summer 2014 Veritas magazine layout continues – delivery  to postal mail boxes should be complete by early July; and the redesign of Club website is nearing completion, fingers are crossed that it will be up and running by next week. We will keep you updated.

An important bit of news was just recently brought to our attention by 25057 Nalae Yang. We are looking into whether the manner in which we alert readers about the current edition of e-Veritas is delivered is legal in terms of Canada’s new anti-spam legislation. Primarily three things that the Anti-spam legislation mentions (1) consent, (2) identification information and (3) an unsubscribe mechanism We have a little time to sort things out before it becomes official 1 July. Stay tuned.

NOTE: Following posting this article, we found out that the Service is Temporarily Unavailable.

We will monitor and update when available.