This summer 27827 Officer Cadet Emma Owen had the experience to represent the Canadian Military Soccer Team at the Military World Cup tournament in El Paso Texas, U.S.A. The team had a short training camp in Calgary prior to the competition, and on June 20th flew to Texas to play against international teams.

All of the team players are members in the military – including eight Ex Cadets, with players working in each corner of the country. The team is only able to meet up for a training camp once or twice a year in order to review tactics and create a greater sense of team cohesion. 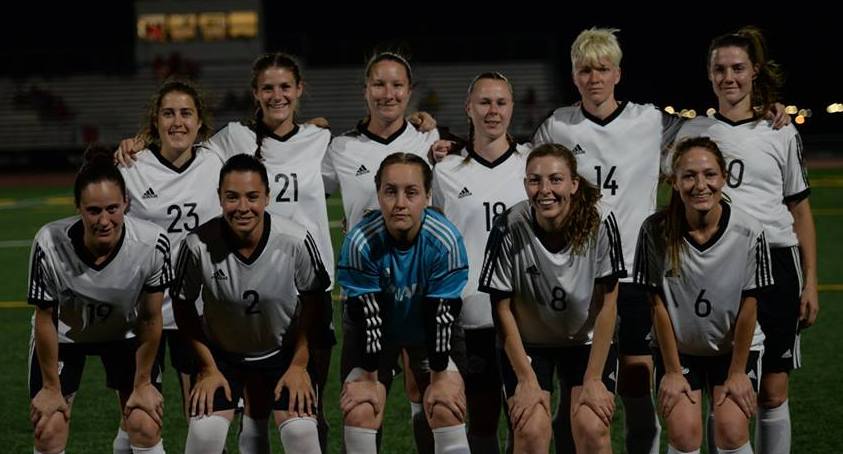 Nevertheless, as active members in the military it is hard to work schedules in accordance with the tournament dates. So due to such scheduling difficulties and the limited amount of time they have together as a team, all players within the program are expected to train hard throughout the year to be as prepared as possible when training camp and competition dates come around.

There is a lot of background coordination and hard work put in behind the scenes to prepare for the CISM competitions. This is where the RMC women’s varsity soccer team was a huge advantage for OCdt Owen as she trains almost year round at a high level. According to this varsity soccer player “the emphasis that RMC places on the importance of physical fitness also fostered a competitive environment to achieve higher fitness scores, which helped me push myself to obtain higher levels of fitness; this was key when playing at an international level.”

Typically throughout the competition the team would have one day of training, followed by a game day – this would continue until the last day of competition for team Canada.

Their first game was against the Netherlands, which with an outcome of 0-0 was the team’s first point in the history of CISM soccer. The next game was against South Korea, who ended up placing third in the tournament, resulted in a loss.

The third game was against the U.S.A, and unfortunately ended with a 1-0 loss. The final game was against China. This team placed second in the tournament, and it was another challenging game. The competition these women faced played at a very high skill level, with some players having played in the Olympics or on national teams. Although the results were not ideal, the tournament was a great stepping stone for the program by demonstrating that they have the ability to compete and be successful at an international level.

OCdt Owen states that “no doubt the tournament was also a great stepping stone for my personal soccer career. Playing at a new level amongst and against highly skilled players was an experience I will never forget. I was able to learn a lot more tactically and technically about the game. This is something that I am excited to bring to the RMC women’s varsity soccer team this season as I hope to further develop my skills on the pitch this fall. I am extremely excited to be back and playing soccer in the fall, and to see where my future soccer career with CISM will lead.”