Kingston, Ont. (September 24, 2018) – Logan Roots was named the RMC Athlete of the Week after besting more than 10,000 participants in the 5K Canada Army Run in Ottawa on Sunday, finishing the course first overall with a time of 15:01.2.

Across the 5K, 10K, and half-marathon races, nearly 20,000 participants ran, walked and rolled through the National Capital Region in the 11th annual Canada Army Run. During the race, Canadian and international participants of all ages and abilities participated alongside Canadian Armed Forces personnel, including ill and injured members.

The third-year Officer Cadet at the Royal Military College of Canada was painstakingly close to winning the race back in 2016, finishing second fresh out of basic training. After training hard all summer while on OJE (On the Job Experience) in Cold Lake, Roots was back in top form with a number of first place finishes to his name heading into the race weekend.

Earlier in September, Roots set a 6km course record at a meet south of the border at SUNY Poly, and followed that up by wiping the floor with his fellow Officer Cadets in RMC’s annual Harrier Race—a 5km run that Roots finished in 15:18.

Everything clicked for Roots on Sunday, as the native of Whitehorse, YT won the race by nearly 30 seconds in front of distinguished guests, including the Honourable Harjit S. Sajjan, Minister of National Defence and General Jonathan H. Vance, Chief of the Defence Staff.

As a member of the military, Roots is also eligible to compete at the upcoming Cross Country World Military Championship, which takes place this November in Angola. Roots was a member of the Canadian Military National Team that competed at the 2017 event in Hungary. 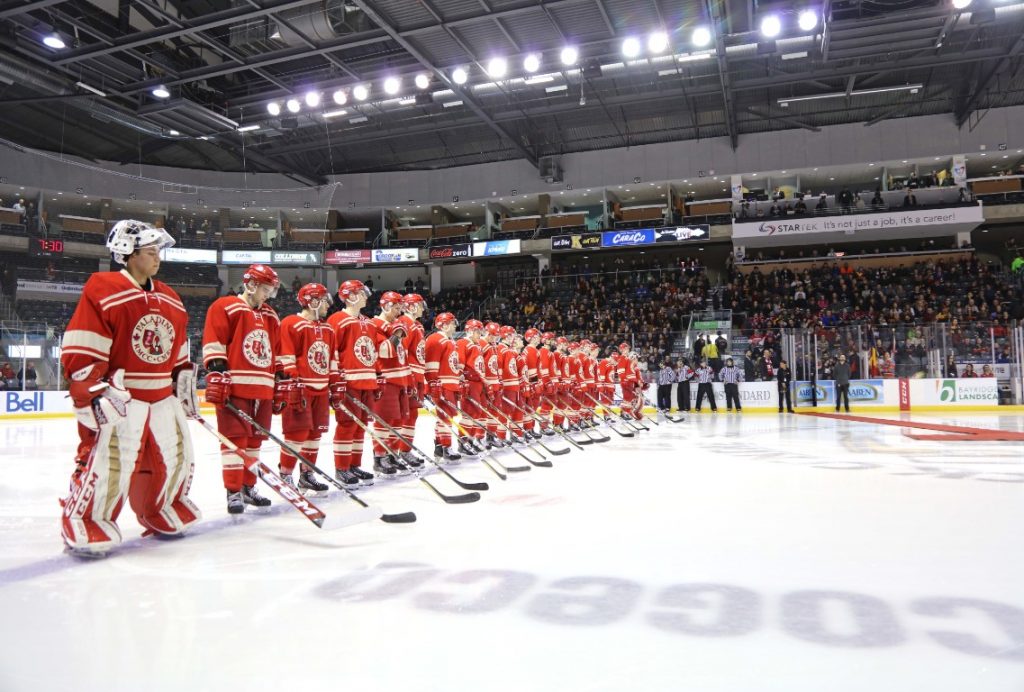 Above Photo by OCdt Brady French

What to expect: “This season we are looking to build on the progress we have made both on and off the ice in recent years. Our leadership from the past three seasons has done a magnificent job of cementing our culture in the dressing room, which has led to a competitive product on the ice that we look to continually improve on. I think with our core still intact, and the recruiting class that we have added, we should be as competitive as ever and be battling for that playoff push.” – head coach Richard Lim

After showcasing their exciting style of play during the preseason, including a 4-3 overtime win over Toronto, RMC is ready to make a return to the playoffs for the first time since the 2005-06 season.

The Paladins captured national attention last year when they beat a nationally ranked team from UQTR in three straight games in the fall. This year, they’re looking to build off the momentum that carried them to the verge of a playoff berth in 2017-18. With a large core of returning players, the veterans on the team will need to take on big roles for the Paladins.

“Savery, our captain, looks to lead from the back end in his final season,” Lim said. “Up front Deric Boudreau and Bennett Huber will have to finish their time at RMC with a couple of their best seasons if we are going to be a playoff team.”

Coach Lim has also recruited well this year, adding key pieces that will help the Paladins continue to improve. In net, Brad Van Schubert will be battling for the starting job in his first year with the team, and has performed well so far in exhibition play. Alex MacDonald, who scored a pair of goals in the preseason win against Toronto, is expected to provide some much-needed offence. And everyone has high hopes for former Kingston Frontenacs blue liner Liam Murray, who scored in RMC’s last game of the preseason against Concordia.

“We’re looking for him to continue to be the strong physical presence that he was known for during his five-year OHL career,” Lim said. “We also look forward to Liam expanding his role and becoming the two-way defenceman we believe he can be.”

The Paladins open their regular season schedule at home before the Thanksgiving weekend, hosting Concordia at 7:00 PM on Thursday, 4 October 2018 at Constantine Arena. 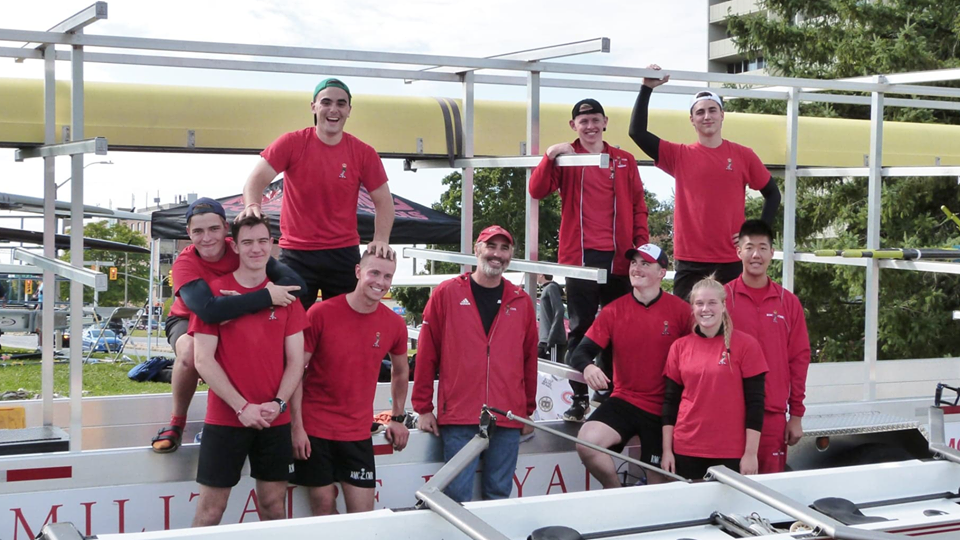 Heaving off to a Great Start!

The RMC rowing crew has had a strong start to the 2018-2019 season and is looking to press on towards the Brock invitational on the 6th of October. Starting at the Head of the Rideau in Ottawa, the crew, led by the president of the club, OCdt Daniel Walcott and an outstanding coaching staff, attacked their competition with enthusiasm and drive. The novice crew, made up of 7 men and 1 woman, started off their morning in 4s, something they had never rowed in before. The varsity crew started the day off in an 8-man boat, the Captain Matt Dawe, and their efforts paid off with a respectable finish. In the afternoon, the mixed novice boats combined and rowed in the 8-man race, eager and with nothing to lose, they gave it their all and finished an impressive 2nd place! Similarly, the varsity boat broke up into 4s and rowed exceptionally, finishing 1st and 2nd. Elated by their successes, the team returned to RMC with a determination to continue improving for their upcoming regattas.

The following weekend the crew headed out to Peterborough for what was to be their first ‘serious’ head race of the season, the Head of the Trent. The varsity crew came prepared and ready. Swiftly battling through the 5-kilometre course in both an 8-man boat and in 4s, the determination of their efforts cannot be overstated. The novice crew struggled in the morning but after a BBQ and a motivational speech by their coxswain they roared into the 8-man competition in the afternoon. They got down to business and cruised through the course, passing a boat and demonstrating as Bob Seed puts it, why the rowing team puts “competitive in competitive clubs”.

Court of Public Opinion and a Voice from the Middle Ground