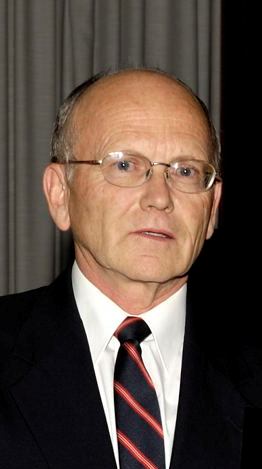 6630 Doctor Peter AR Glynn Ph.D., P.Eng.,(RRMC RMC 1965) is a consultant on health care policy, planning, governance and management, both in Canada and internationally. Currently, he is very involved with advising governments, health authorities and hospitals on access management strategies. He has been the founding Chair of both the Saskatchewan Surgical Care Network and the Saskatchewan Diagnostic Imaging Network. He recently completed three years as the Senior Advisor to Ontario’s Wait Time Strategy. Dr. Glynn has been the President and Chief Executive Officer of the Kingston General Hospital (1991-2000); the Assistant Deputy Minister, Health Services and Promotion Branch, Health and Welfare Canada; and the Associate Deputy Minister of Health for the Province of Saskatchewan. He has been a member of, and chaired many task forces, committees and organizations in health care and health research. He is currently the vice-chair of the Board of Frontenac Community Mental Health Services. He is the immediate past Chair of the Board of the Institute of Clinical Evaluative Sciences (ICES) and past member of the Board of the Heart and Stroke Foundation of Canada and the National Cancer Institute of Canada. Dr. Glynn is an Associate Professor (Adjunct) in the Department of Community Health and Epidemiology at Queen’s University. He holds a Bachelor of Engineering from the Royal Military College of Canada and a PhD in Engineering from the University of Waterloo.

E-veritas: How did you meet your wife?

Peter Glynn: I started my studies at RRMC and came to Kingston in fall 1963 to study chemical engineering at RMC. I found Arlene`s name in the little black book of a friend of mine. I invited her on a blind date to a squadron party in the spring of 1964. I graduated from RMC with a degree in chemical engineering in 1965 and she graduated with a nursing degree from Kingston General Hospital in 1965.

Peter Glynn: Neither of us had very much free time to date or socialize. We were very busy with our studies and she worked irregular hours on night and weekend shifts at KGH. I was only paid 60$ a month as a cadet, which didn`t go very far. I recall pay parade a Royal Roads; we lined up, saluted and were paid in cash. Fortunately, cadets didn`t pay room and board like military personnel did. As a nursing student on the staff of the Kingston General Hospital, Arlene was paid 15$ a month. If I could afford to, I would take Arlene to a movie or to a squadron party. Since cadets weren`t allowed to drive, I would try not to freeze to death on the walk across the bridge to and from Queens` University. The cadets had to wear our uniforms all the time on or off College grounds; Thank God for great coats! I had a little more free time during the summers, since I trained as a RCEME officer up the hill in Barryfield.

E-veritas: As a cadet, did you have a car?

Peter Glynn: Yes. Cadets were not allowed to own cars until April of my graduation year. I borrowed money to buy a car based on the modest on increase in salary I was expecting of $250 a month as a single lieutenant. I drove my red 1964 Triumph Spitfire at the end of 4th year onto the college grounds and parked it on the 1st April, 1965. When I took my commission, I served with the Fort Garry Horse in Calgary, where the work hours included Thursday, Friday and Saturday mornings. Arlene worked as a nurse at Kingston General Hospital. 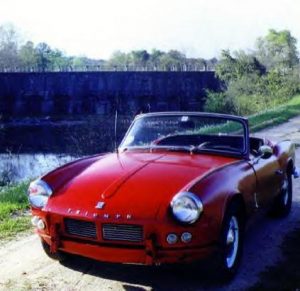 E-veritas: What do you consider the high-light of dating an RMC cadet/KGH nurse?

Peter Glynn: I just liked Arlene. We have been married for 43 years. We have 2 kids.

E-veritas: After you married, describe your involvement with nursing/Canadian Forces?

Peter Glynn: We married in August 1966. Since we were married, I earned an additional $100 a month. After we married, I took a year off without pay to study chemical engineering at Waterloo University. Money was tight; we lived on my graduate scholarship and Arlene`s salary as a nurse in a doctor`s office. In 1967, I was posted to Iserlehn, Germany, where our daughter was born. Since the British Hospital in Germany only employed british military personnel, Arlene worked as a secretary in the Canadian public school. After our return from Germany to Canada in 1969, I retired from the military. When I returned to Waterloo from September 69-June 72 to earn a PhD in chemical engineering, with the same supervisor. My research was in the degradation of plastics and other polimers: ultrasonic degradation of polystyrene in solution. Our son was born while we were in Waterloo. Money was tight; we lived on $4000 my salary as a teaching assistant, a scholarship and Arlene’s salary as a nurse in a doctor’s office.

E-veritas: You mentioned that you didn’t have a well planned career. Could you explain more about that?

Peter Glynn: When I graduated in 1972, there were no jobs in the chemistry industry, and I did not want to be a university professor. My wife and I had two kids and no money. I bought one suit for job interviews. Fortunately, we had bought a Volkswagen in Germany. I didn’t have a well planned career. I went with the flow and did a variety of interesting things. I found a policy/financial analyst job with the Ontario Association of Colleges and University in Toronto. The job drew on my military and RMC experience in leadership and general management. I supported the faculties of medicine in Ontario. After 3 years in the job, I had the opportunity to negotiate a contract with the western provinces to train optometrists at the University of Waterloo. I was then offered at job in Regina doing the same thing with the Dept of Continuing Education. I recall that there was a blizzard in May when I went to Banff. Although my colleagues assumed that I had been transferred, I chose to move to Saskatchewan. The 10 years in Saskatchewan were some of the best in my career. When we moved, our son was 3&1/2 and our daughter was 6. My mother-in-law was from Saskatchewan. The people in Saskatchewan are extremely nice. From 1975-80, I worked in Regina as a Director of Research and my wife worked as a nurse. I then became the executive director of perscription health. Throughout this period, my work drew on my experience in engineering, analysis, policy development and management/leadership from the Army. As Associate Deputy Minister of Health in Saskatchewan, I was responsible for 130 hospitals, 130 nursing homes, 45 home care boards and northern health services – 1/4 of the provincial budget.

E-veritas: Your career intersected with that of 1976 Honourable (Ret’d) George H. Hees (RMC 1927), who was elected in 1950 and remained in the Commons, with one brief interruption, for the next 38 years.

Peter Glynn: I had been appointed ADM of Health and ADM Social Services at Health and Welfare Canada at Tunney’s Pasture in Ottawa. After 1988 election, George Hees was called in by President Brian Mulroney, who appointed him an ambassador-at-large, charged with travelling the Third World. I found working with George Hees on veteran`s affairs and seniors’ issues to be a great experience. An old style gentleman, he had served as a Brigade Major during the 2nd World War. George Hees died on 6/10/1996.

Peter Glynn: Yes. MGen Frank Norman had been the Commandant when lady cadets first went to RMC: he is devoted to RMC and the military. He was a great Board Chair of the Kingston General Hospital. When I retired as President and CEO of Kingston General Hospital 1991-2000, I didn’t need a retirement gift. MGen Norman championed the fundraising of $180,000 towards the Peter Glynn Bursary which was established as a permanent endowment to provide an ongoing source of financial support to fund education bursaries for Kingston General Hospital and Kingston Regional Cancer Centre employees. The bursaries are to be used to assist and support these individuals in achieving the educational requirements necessary to facilitate or advance a career in health care.

E-veritas: What are you doing these days?

Peter Glynn: I am semi-retired. I try to spend 1/3 of my time on volunteer work, 1/3 on consulting and 1/3 on whatever I want. My wife and I spent January to March in Mexico with friends. Although Mexico can be stormy in the fall, the winters are mild (26-28) and dry. Health care is good and inexpensive in Mexico. We have had the opportunity to travel in Europe and Australia. Drawing on my 36 years of experience in Federal, Provincial and front line operational experience, I provide strategic planning advice, coaching and mentoring to government clients. I have worked with international clients in Thiland, United Arab Emirates, and the Caribean.