Operating in the New Mexico Desert

In today’s world of increasingly computer operated networked systems, global positioning systems (GPS) and other information age developments that operations increasingly rely on to function, a thought to underlying capabilities and skills may be worth a minute or two to consider.  Redundant capabilities when the “lights fail” may have more than a little value—especially from a leadership aspect.  The following case vignette explores the idea.

A mechanized infantry company was moving over an extended approach to a designated tactical objective in a two platoon forward one in reserve formation on a huge desert valley floor in Southeast New Mexico.  It was April and the day was clear and temperatures were cool in the morning and in the sixties during the day—desert summer hadn’t arrived yet.

The company had deployed the 2,500 or so miles from its home garrison in Georgia to conduct a battalion operated month long gunnery and maneuver density at the huge McGregor Range Area just west of Ft. Bliss and the city of El Paso, Texas in New Mexico.  The battalion headquarters, in cooperation with the 3rd Armored Cavalry Regiment, a unit then garrisoned at Ft. Bliss, would rotate one of its three companies with attached headquarters and Combat Support Company elements each month of a three month operation until the density was completed.  The operation was in some ways a precursor to the format the Army would move to when it developed the National Training Center at Ft. Irwin, California several hundred miles further west in the Southern California Desert. 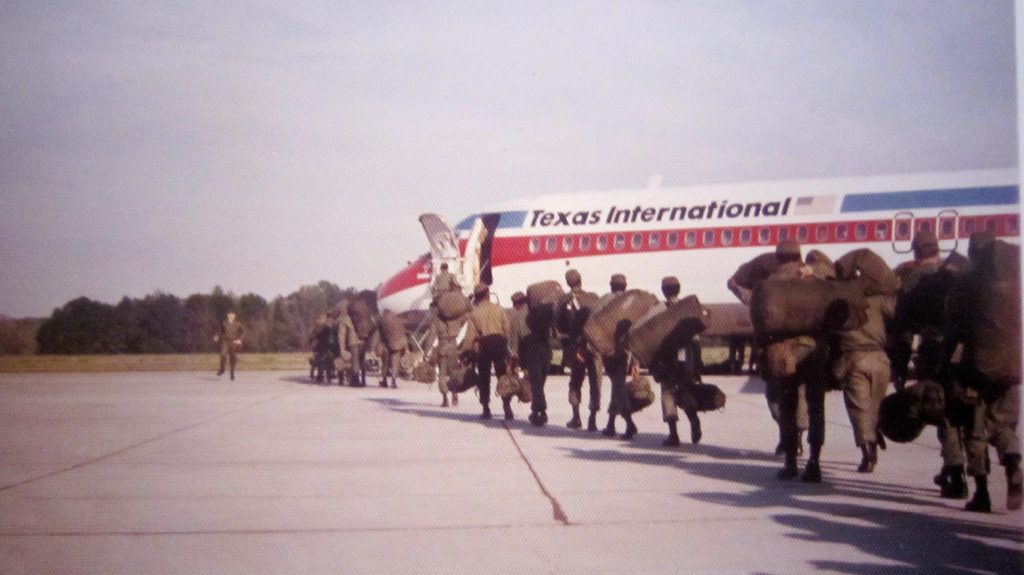 The company’s leadership system was an interactive one that engaged subordinate leaders as a leadership team.  Subordinate leaders were expected to be forthright and accurate in their reports—even with bad news.  If a problem were presented to the next higher leader, a recommended course of action was expected. The senior levels of leadership provided timely warning and guidance regarding tasks and mission—the “surprise quotient” was kept to a minimum.   The system worked.  There was mutual respect between leaders and fear of failure was not a factor.  When a decision was made, the leader team typically had buy in and execution worked.

An indicator of the leader climate came during the movement across the desert valley floor to the designated objective that would be seized—some 125 miles of movement.  During a short occupation of a position, one of the armored vehicle drivers reported loose drive sprocket bolts while performing during operations checks of the vehicle.  In fact, all of the bolts had loosened.

This was not a typical operators experience in a company that had operational experience.  The commander, also with significant armored unit experience, took note as well.

The floor of the valley for well over seventy miles consisted of low lying dunes of some 15-25 feet in elevation from the desert floor with a form of low growing conifer stabilizing the top of the dunes.  The dunes tended to 30-60 feet or more across and were perpendicular to the company team’s direction of movement.

This created interesting navigation and tactical challenges as the tracks, to not present a target and remain as covered and concealed as possible, did not move over the top of the dunes but navigated in between the dunes in the direction of march.  This created a snake like pattern of movement that was apparently having an effect on the vehicle’s running gear.

Because key mountains on the valley boundaries allowed location checks by resection along with the location of the sun, the direction of march could be maintained despite the almost oscillating  tactical movement. The company also had each platoon independently monitoring location and direction as a check.

The commander, from past experience, found the loosening of the bolts odd.  He immediately alerted all platoons on the radio to report what their vehicle drivers were finding during their operations checks.  The condition proved general across the company.  The conclusion was drawn that the ground movement of the tracks around the ends of the dunes was putting a reverse torque on the bolts.  Guidance immediately followed that once movement resumed security stops would be made at 25 mile increments to tighten bolts until moving beyond the dunes and seizing the objective.

On seizure of the objective the company reverted to administrative mode, the objective being the M2 Machinegun range of the gunnery range complex .  The company then conducted and executed the M2 Gunnery tables.

As this gunnery exercise was being conducted a storm front had been forming.  As the range firing drew to completion a heavy rain fell.  For a good half hour the company was pelted by the rain.

Within minutes after the rain ceased, a phenomenon began to occur.  A quick forming brownish gray fog began to rapidly envelope the company in every direction.  Apparently the dry atmosphere was evaporating the moisture from the recent rain at an almost instant rate.  As it did it was pulling millions of fine particles of dust into the air as well.  The fog became so dense in a matter of minutes that visibility did not extend past ten feet, less in some cases.

The condition was temporary but for how long?  The company was on schedule to move northeast across the desert valley floor some 125 miles to a maneuver area and the schedule required the movement to begin on time to clear the range area for other units.  The luxury of delaying movement did not exist.

The company leadership team had developed a collective competence on mission tasks that it collectively had confidence in.  Though the temper of the team was not to overconfidence and foolhardiness, it was a reasoned confidence based on skill and an intent to “get the mission accomplished.”  This leadership reasoned confidence in skills and capabilities had demonstrated itself in the long movement south down the west side of the desert valley floor to the heavy machinegun range.  Now it would confront a perhaps more difficult challenge—moving a reinforced mechanized infantry company team some 180 miles across the desert floor in a thick fog, unable to reference off terrain or the stars when they came out.

The company determined to make the movement in column for the best control of the formation and safety.  Prior to crossing the designated SP (start point) for the movement north, the company formed its units into column, carefully ground guiding the tracks into column in the now ubiquitous fog that seemed even thicker.

Vehicles would move following the vehicle leading by keeping the red taillights within vision.  If a separation occurred it was to be immediately reported.  Movement would cease until contact was re-established.  Each platoon leader would independently monitor distance covered against azimuth as a check—but would maintain vehicle position behind the lead vehicle.  Any deviation would immediately be reported to the company commander.

With no visual reference points to check location, the commander was relying on a dead reckoning system of marking distance along a compass maintained azimuth to reach the designated assembly area to the north.

The movement began when the lead march unit crossed the SP at 1330.  Movement would be slow at not more than 5-10 mph initially as dictated by the need to maintain control and position of movement in the ever thickening fog.  The rate would be increased as visibility improved.

Thanks to the level of experience and training of the company, its discipline and the functioning of its leader team, the movement proceeded hour after hour through the thick gray brown fog.  As evening came on the fog was augmented by increased darkness as the sun set.  About 2100 hours, the cooling air suddenly cleared of all particulate.  A crystal clear starry desert sky suddenly arched over the company.  But the visibility had been gradually improving to this point allowing for an increase in the rate of march.

With the dissipation of the fog, the commander immediately validated location against distance calculated and the stars against the azimuth that had been maintained.  The company’s location was within 5 degrees of target azimuth and reckoned to be within 62 KM of the assembly area.  The pace was increased to 25-30 mph.  The unit closed on the designated assembly area less than two hours later—on time.

The unit suffered no accidents or injuries over this movement.  The leader team functioned smoothly and the approach and course of action taken to accomplish the restricted visibility movement accomplished the mission.

Noting experiences with many restricted visibility movements, dismounted and mounted in  pre-GPS times, the company’s success is something that cannot be taken for granted, even with experienced and competent units and leaders.  The reason that 30 wheel and track vehicles of a company team were able to execute such a movement so well had much to do with the manner in which its leader team functioned—especially the mutual confidence in each other’s competencies and abilities and a sense in each leader that there was a mutual respect for each member of the team.

3rd generation de Grandpré: Colin, incoming CWC has all the tools to make a difference